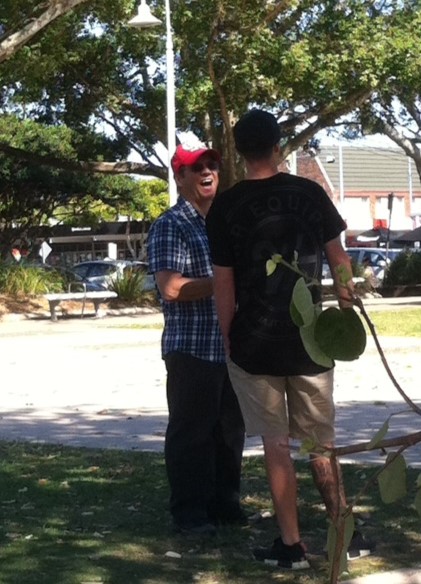 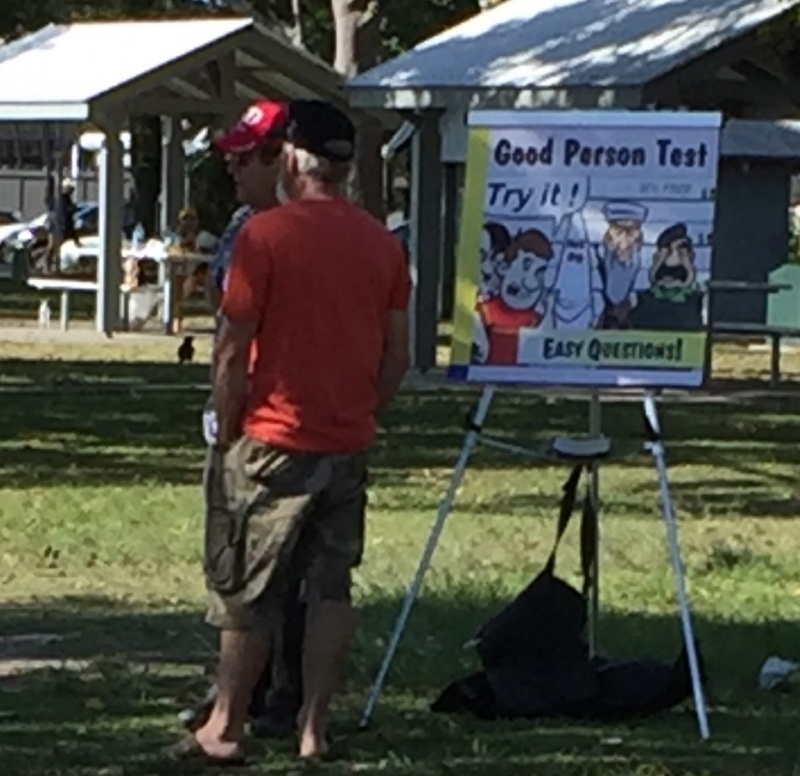 Saturday’s outreach was greatly encouraging as we shared the Gospel of grace with the people of Bribie Island.  There was an almost constant flow of conversations.  Most passer-by’s took tracts, and some received Bibles.  It was also a blessing to have a couple from Hervey Bay join us once again in evangelism.

It was fascinating to see one woman, an atheistic evolutionist, ask for a Bible.  Although she did not even believe in God, she says she goes to His Word for advice in tough times.  We know that it is the Word which touches and changes hearts, so pray for the work to be done in her life.

Pray for two teenagers, Susan and Emily, to think deeply about all they heard.  They were open-minded, and yet they had serious questions, both coming from atheistic backgrounds.  They were led through the law and the Gospel.  They seemed to understand, but they still doubted.   They each took a copy of John Blanchard's book, Ultimate Questions, as well as a tract.  They were urged to think about their own mortality and the seriousness of this matter.  They promised to do so.

A young boy of perhaps ten also went through the Good Person flipchart.  He wanted to know why he would have to go to hell, since he had only done small things wrong (and had never even disobeyed his parents).  He was told that since his sin was against the most high God, the punishment was greater than if his sin was against man.  Three times he was taken through the Gospel and his need to repent and trust in Christ before he appeared to understand.  He also took a tract with him, so we ask you to pray for God to work on his heart.

Four young men went to the flipchart and were asked where they thought they were going when they died.  Their answer was heaven—they were born-again believers.  They had a thorough grasp of the Gospel, which was encouraging to see.

Kimmy also heard the Gospel, but was very much opposed.  Pray for the softening of her heart.

Four teenage girls were approached in conversation.  Although they admitted to being bad people, they said they wanted to go to heaven because it was a good place.  They were asked whether heaven would still be a good place if God let bad people in.  They agreed that was a valid point.  They were told the good news of Christ’s death on the cross on our behalf.  They were asked if they would be willing to sell their eyes for a million dollars?  “No, of course not.”  And how much more important are their souls!  Pray for the opening of their eyes.

Please pray for wisdom for us, for boldness, and for the right words to be in our mouth.  Pray for fruit from this outreach, that the Lord of the harvest might be glorified, and that souls might be added to the kingdom. 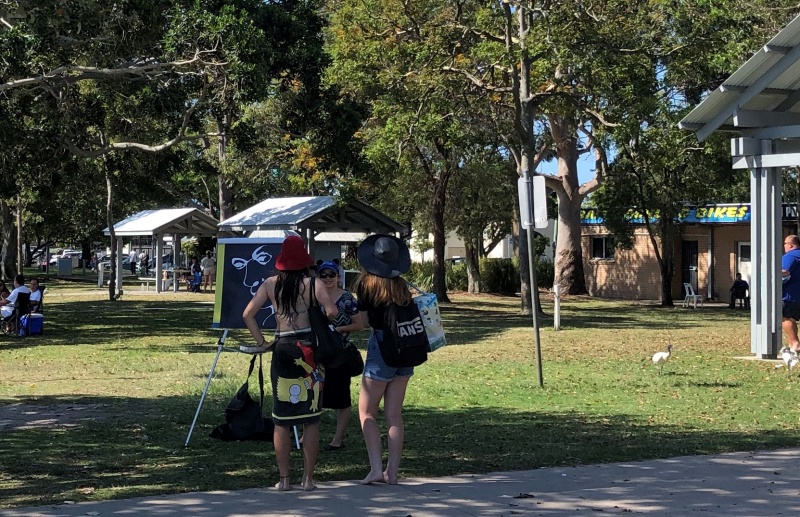 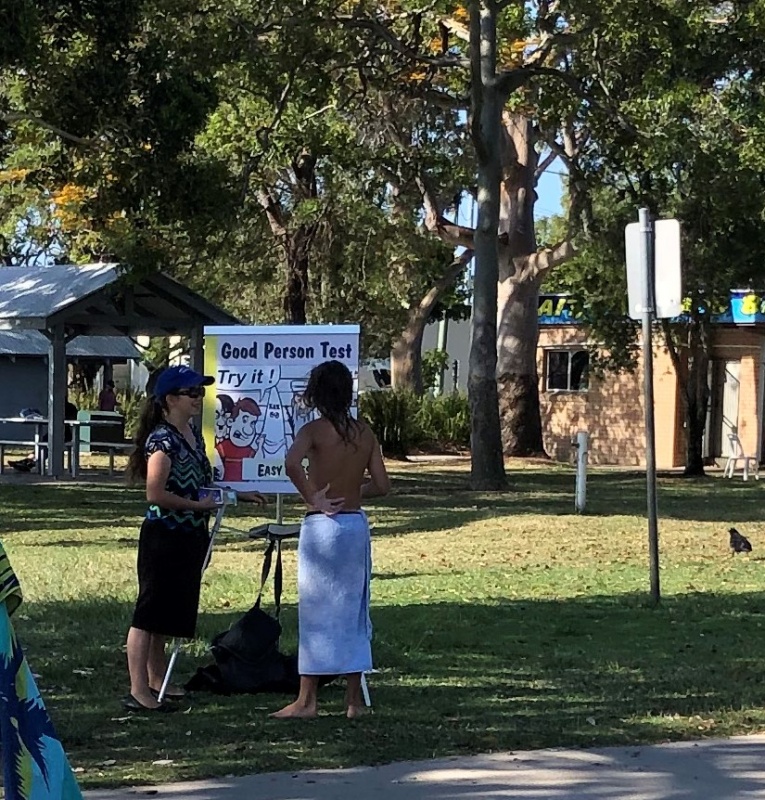