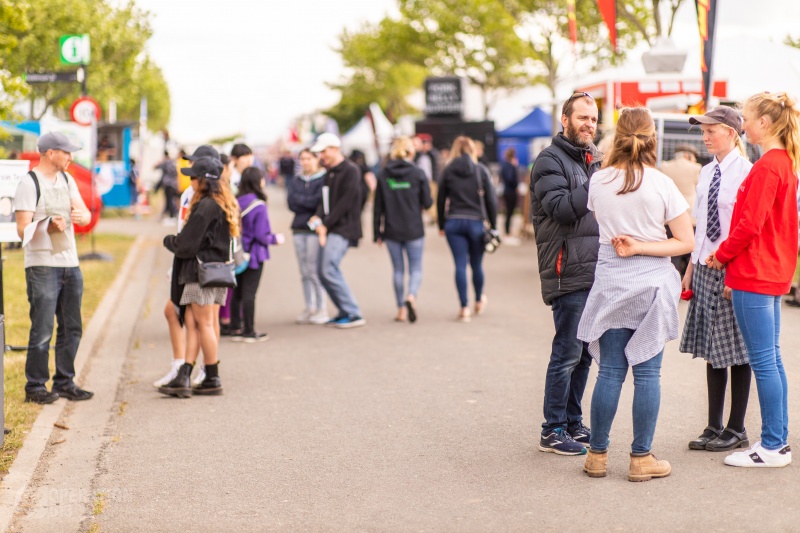 Thursday and Friday saw the final two days of the three day Canterbury A&P Show outreach.  There were no more slow starts, with many people stopping to chat keeping the team busy.

It was wonderful to have some newbies join the team on Friday.  It can be pretty daunting when you are new so some training occurred, and observation is fine.  When ready, parts of the conversation can be handled by the newbie.  But, to my delight, it was wonderful to see them all stepping up and doing full gospel presentations with the flip chart in no time!  Well done!

Early on Friday we had a mini emergency!  A young lady collapsed while doing the flip chart with one of the team.  I had to call 111 - but the sister of the lady had managed to fetch an ambulance team in short order.  Luckily she was ok.  She was eventually sitting up, and then hopped onto a mini ambulance to be taken to the first aid station for observation.  We are not sure of the reason for the collapse, but it is a reminder of the fragility of life and the urgency to share the gospel.

So many conversations occurred over the two days, it became very tiring and some pacing was required.  On Friday, all I had to do was stand next to the front flip chart for a few minutes, and someone would stop and want to know what it was all about.  One of the team described it as being like a bear fishing at the edge of a waterfall, and just opening its mouth and letting the fish jump in!  Hundreds of people will have heard the gospel!  Praise God.

A highlight from Thursday was being able to follow up with an international cricket player whom I had handed a tract to outside the hospital earlier in the year.  It actually started with his older daughter being very interested in the flip chart - another of the team talked to her, while I talked to her father about the gospel.  At the end of the day, the daughter came back, as she had been processing the gospel message she had heard, and had questions she wanted to discuss.  How wonderful!

The highlight from Friday was probably sharing with two young ladies who had a Christian background, but hadn’t heard the gospel articulated so straightforwardly.  She seemed to grasp that it is by faith in Jesus' sacrifice that saves us, and not our works.  It turns out she had gotten involved with a Mormon church - which doesn’t teach this - and she could now see the contrast.  She was asking about good churches in her area and was encouraged to get in touch so that we could help her with this.

The good thing about so many conversations is that time goes by fast.  And so before we knew it we were packing up the site and praying and giving God the glory for the opportunities we had.  Thank you Lord!

Saturday was a much needed break for me, and I’m now in Brisbane (flew over early Sunday morning) and about to head down to the Gold Coast for a week of outreach there.  Your prayer is much appreciated for the Operation 513 team.  Thank you! 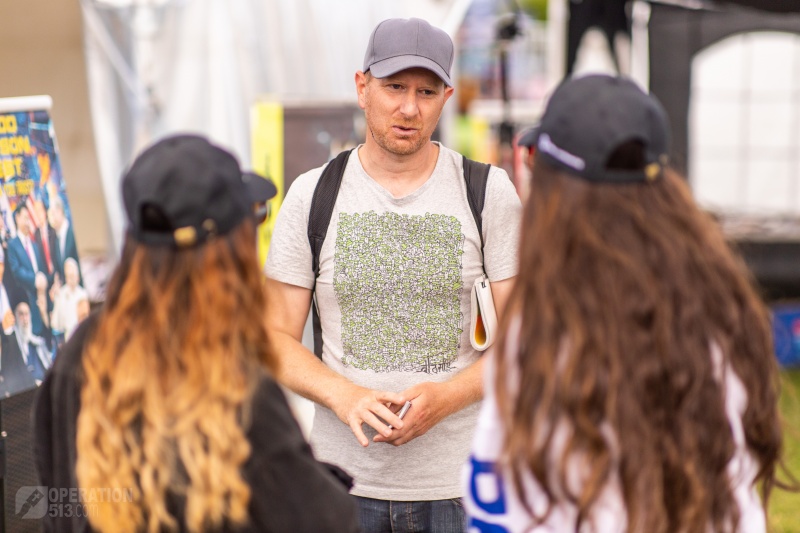 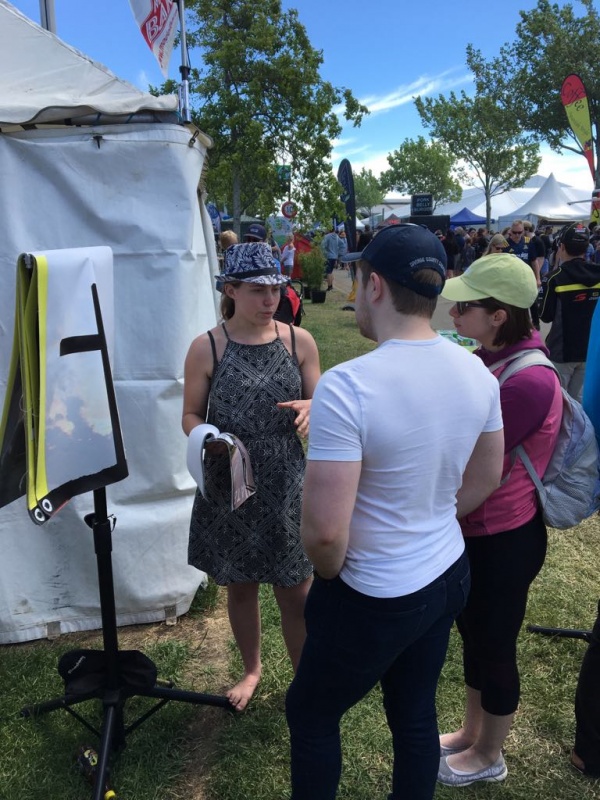 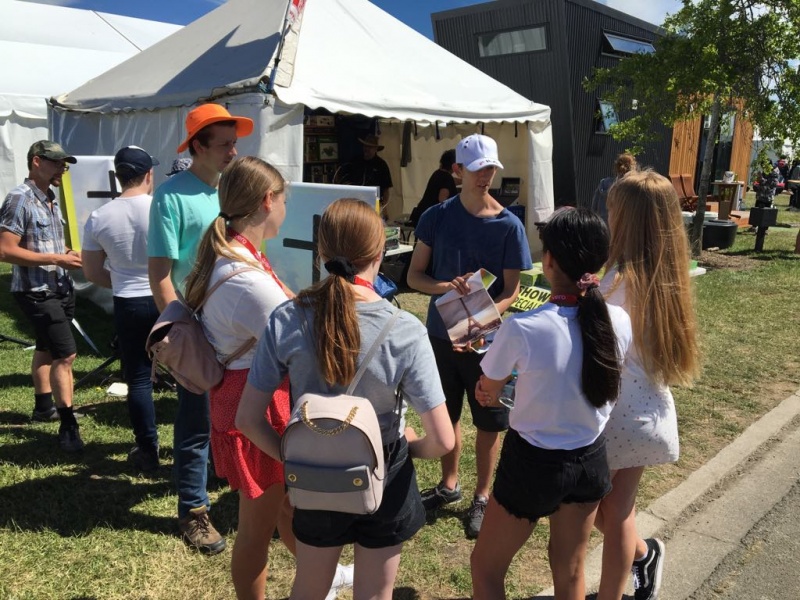 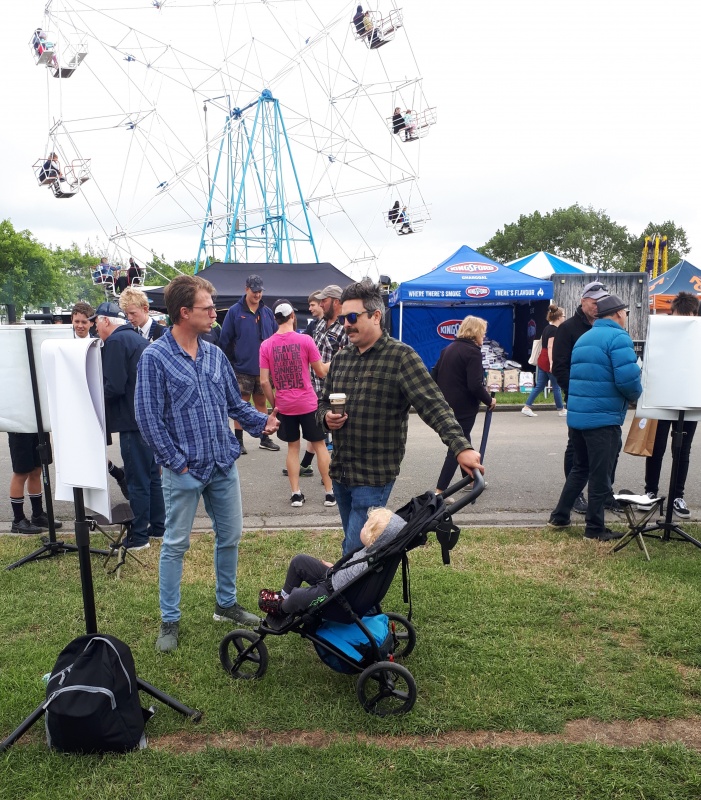