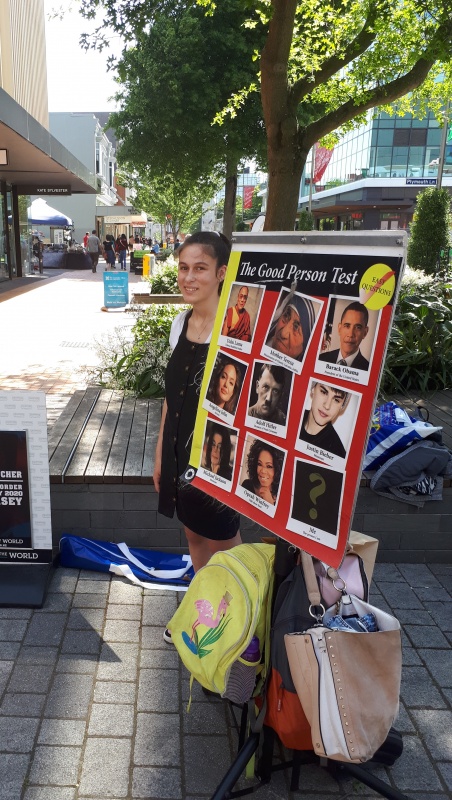 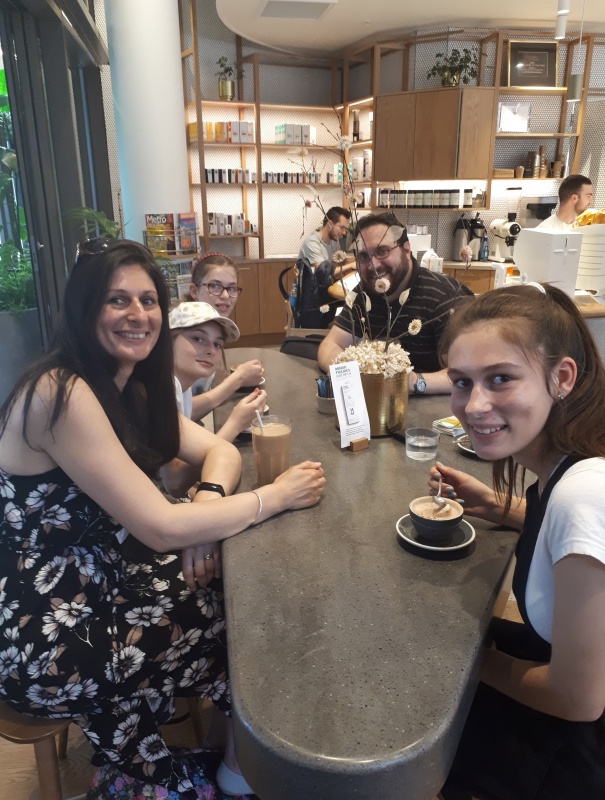 I flew home from the Schoolies outreach on the Gold Coast on Saturday and was able to enjoy being with my local church family for gathering on Sunday morning.  It was extra special as three people were baptised afterwards in the early afternoon.  Praise God for that.

So Sunday afternoon’s outreach in Cashel Mall was delayed, but still went ahead - with six people getting involved.

We split into pairs.  One pair did walk up around Oxford Terrace and the Bridge of Remembrance.  Another pair handed out tracts down by Colombo Street.  And the other pair ran a flip chart in between.

I was on the flip chart, but I set it up back a little and intended to use the same technique that had proved so successful while at Schoolies, namely: “May I ask you a question, it’s a deep question - what do you think happens after life?”.  To my initial shock, it went down like a lead weight more often than not.  Most people, as soon as I had said: “May I ask you a question” just gave an instant and flat: “No”!  A stark contrast to Schoolies, where most people were keen to chat!

But I wasn’t to be deterred, and managed to have many good conversations anyway.

Two sets of Christians stopped and were encouraged by what we were doing.  One even came back with a gift of some nice looking sausage rolls for the team to eat - much appreciated.

I was able to have three full gospel conversations during the outreach.

The first was with two teens one of whom was a Christian with a decent grasp of the gospel.  But her friend wasn’t a Christian and so heard the gospel today.  Afterwards, the Christian had a question about homosexuality which we were able to discuss.

The second was also with two teens.  This time, I let the newbie who was with me share the law - you did a great job! :)

The last conversation was with a group of three tourists, and I think this was the one time that “May I ask you a question, it’s a deep question” worked!  :)

The team enjoyed a hot chocolate / iced coffee afterwards to enjoy some fellowship.  All glory to God.