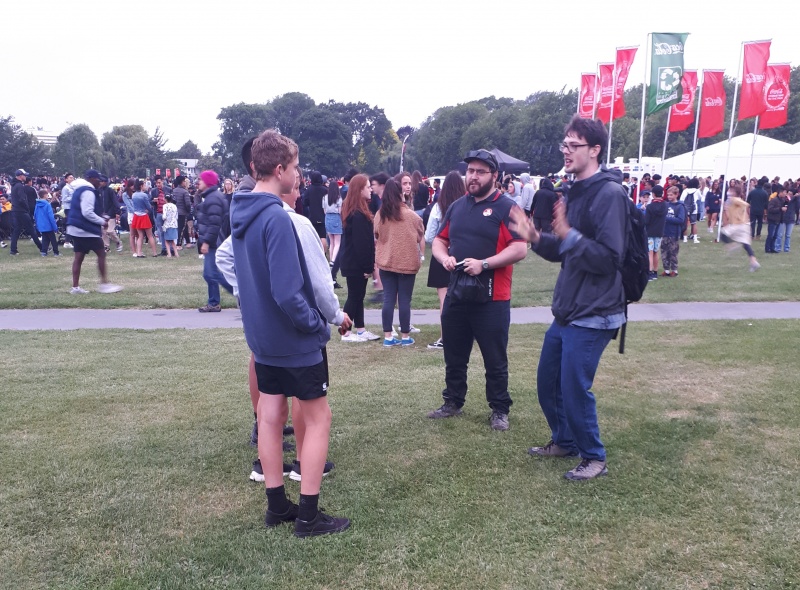 A busy weekend of outreaches including another special outreach, this time to Christmas in the Park on Saturday evening.

But first, in the morning, a team of two headed to Cashel Mall.  There were many Christmas shoppers out and about.  My beautiful wife, Ruth, was the other member of the team - and it’s so encouraging having her join me more often!  She was handing out tracts while I would field the conversations.  Afterward we talked about how we can be so fearful of just handing out tracts.  Ruth reflected back to when she joined the Sparks in the Park outreach at the beginning of the year and how she was too scared then to hand out a tract.  But now having become more familiar with community outreach like this, she now finds it a lot easier.  The key seems to be: just keep coming out and getting a feel for it till you get comfortable enough to take the next step.  So be encouraged, if you are one of those who find outreach terrifying, to simply come and observe to start with.  God is with us!

There were thousands of people at Christmas in the Park.  And only a team of four to reach this mighty harvest field.  We paired up and focused on “walk up” on the outskirts of the event for a couple of hours.  We were in pretty much constant conversations with small groups of people - as seen by the pictures.  It was nice to hear some Christmas carols being sung in the background, and even the name of Jesus coming from the speakers - if only the gospel could be fully proclaimed!

Checking questions played a vital role in at least one of those conversations.  Two guys with a Christian background but, amazingly, hadn’t heard the gospel, and were relying on their good works to get them to heaven.  After hearing the precious gospel message, the checking question revealed they hadn’t really understood, as they still thought good works were the way - it’s so ingrained!  After labouring with them, they eventually seemed to show understanding.

Sunday was warm and overcast.  It was nice weather to share the gospel in.  A team of five were in Cashel Mall: My wife, children and I! :)  It’s so encouraging having them join me so often now.  Long may it continue.

The girls focused on politely handing out tracts, while I had some wonderful conversations with people.

My first was a walk up with a man from Scotland.  He was slow to warm up to the conversation, but was very engaged by the end of it.  There was a lot of apologetics and I had to listen a lot as he processed the arguments he was hearing.  Opportunities to share the law and the gospel came along very naturally.  It was a very enjoyable conversation and we parted ways with a multiple handshakes.

Many people said “No” to my attempts to ask them a question.  But there were those that did stop - including a young couple, that believed in heaven and hell and thought they were good enough to go to heaven.  They heard the bad news, and then understood the good news - a checking question confirming they understood - first time.  It turns out the guy was Catholic, so I took the time to emphasize that we are saved: by grace alone, through faith alone, in Jesus alone.  They both took follow up tracts.

There were many other conversations in the two hours - a fruitful time of ministry.  But this log entry is now too long.

Looking forward to a rest tomorrow - still recovering from a very busy November of gospel ministry.  Praise God for rest.  All glory to him for any fruit from the labour. 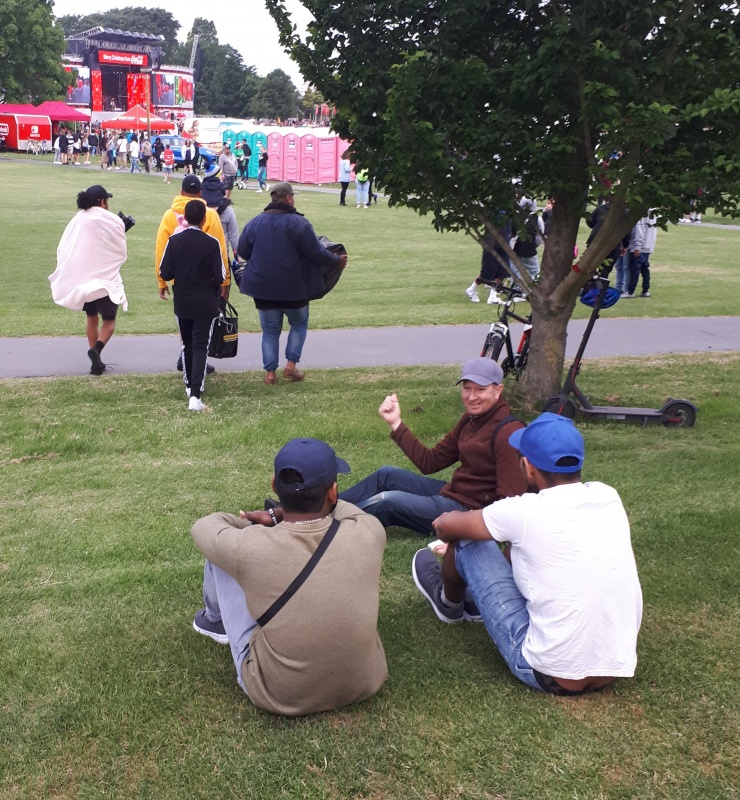 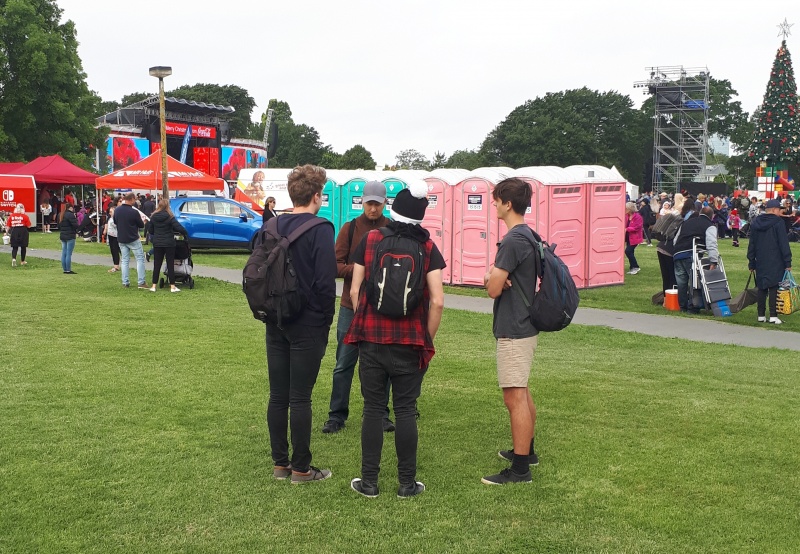 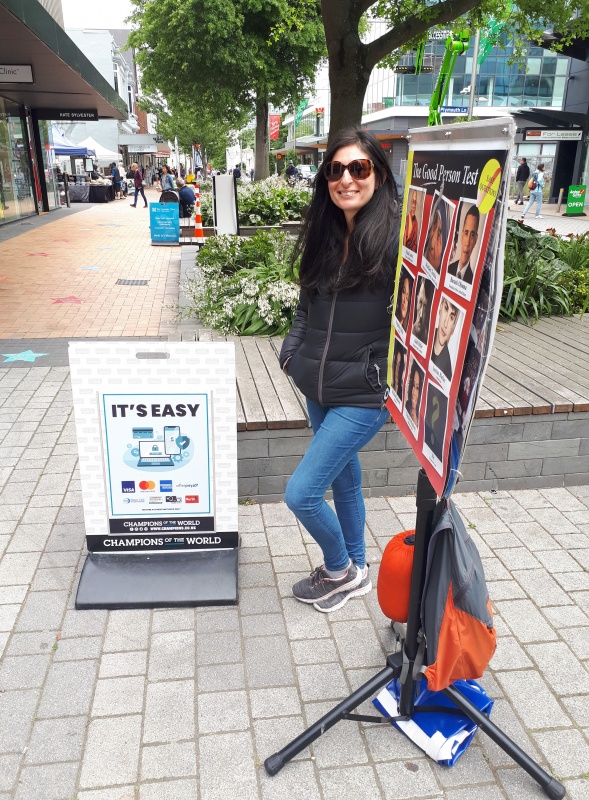 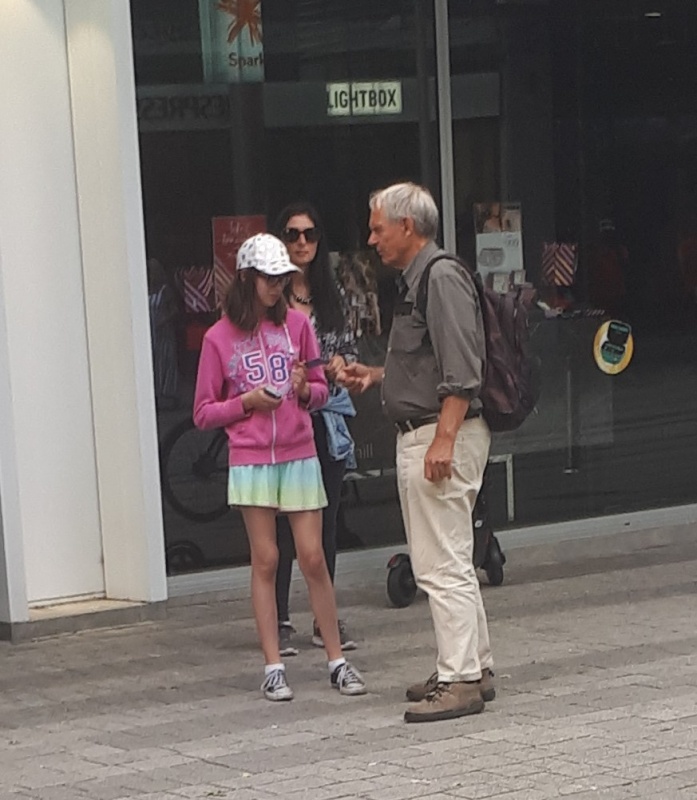