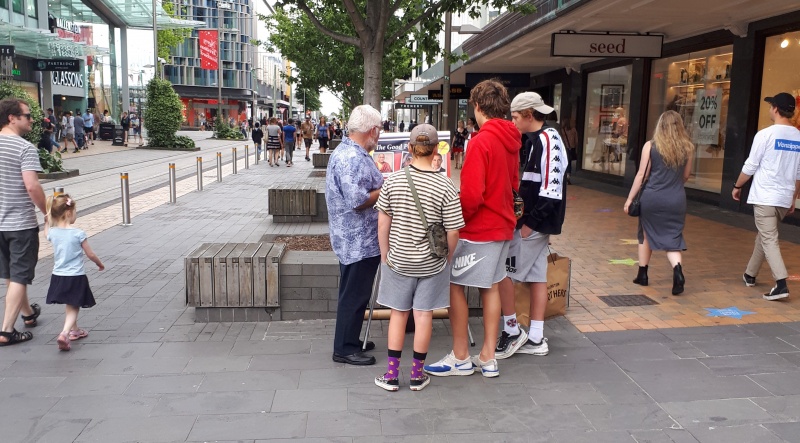 Friday night, I was dreaming about evangelism.  So I woke up feeling like I had been working all night!  But I had to get up to head out on outreach.  It was raining on Saturday too.

I set up my flip chart under the shelter of the tree at the southern entrance to Cathedral Square and I determined to take it easy.  The early part of the outreach I handed out tracts to the few people that passed and prayed.

Thankfully the rain eased and eventually two guys were intrigued enough by my “after life” question, that they turned back to talk.  They were keen to try the good person test.  One of them was an atheist/agnostic, but seemed to be impacted by the logic of the law and gospel presentation.  He asked thoughtful questions - it was an enjoyable conversation.

Another conversation I had was with a group of tourists from the UK who had come off a cruise ship and were exploring Christchurch for the day.  They were Christians, and one of them gave me a very encouraging testimony.  Years ago, he was about to walk into a pub to get drunk, when two men stopped him to share the gospel with him… one of those men became his father ‘n’ law - as he placed his faith in Christ and joined the church.

Sunday was warm and the Santa parade was on, so there were lots of people in the city.  A team of four set up flip charts at the corner of Cashel and Colombo, and we had a busy time in gospel conversations and handing out tracts.

One lady walked up to the flip chart without any prompting and was very keen to give it a try.  When I got to the “road rage” page, she paused me and wanted to know where Jesus had said Anger was murder of the heart.  I told her it was Matthew chapter 5 verses 21 and 22.  And she made me wait while she took note of that in her phone to look up later.  Once she was finally ready, I quoted the verses to her.  She seemed upset by it.  I continued on with the presentation and asked her how she would go if she was to be judged by the standard of perfection - would she deserve heaven or hell?  She became very defensive, insisting that she was a good person and that she didn’t believe in hell.  I thought she was going to bolt.  But I gently pleaded with her to hear me out - as I had good news of hope to share.  She eventually let me share the good news of the sacrifice of Jesus for sin and his resurrection defeating death and hell - by grace, through faith in Him.  I’m not sure if she understood, as she was keen to get going.  I offered her a tract - but she said she already had one!  She had been given it a few days earlier.  She accepted a different kind of tract before making tracks.

Another interesting conversation was with two high school aged young men - one who thought the way to heaven was “loving God with all your heart and loving your neighbour as yourself” - which I pointed out that I failed to do - and his friend was an atheist.  I was able to use some light apologetics to provoke the atheist into a debate, and then explain the law and the gospel to both of them.  Neither of them seemed too happy by the end of the conversation, but the atheist took a follow up tract.

Two of my daughters were on the team today, and it’s so encouraging seeing them grow in confidence in reaching out with the gospel.  Julia did a wonderful job of politely handing out tracts.  And Dani helped me with some of the flip chart presentations.  Well done girls!

Looking forward to a rest on Monday.  God bless you as you take the opportunities that come your way to share the love of Christ this week.  All glory to God! 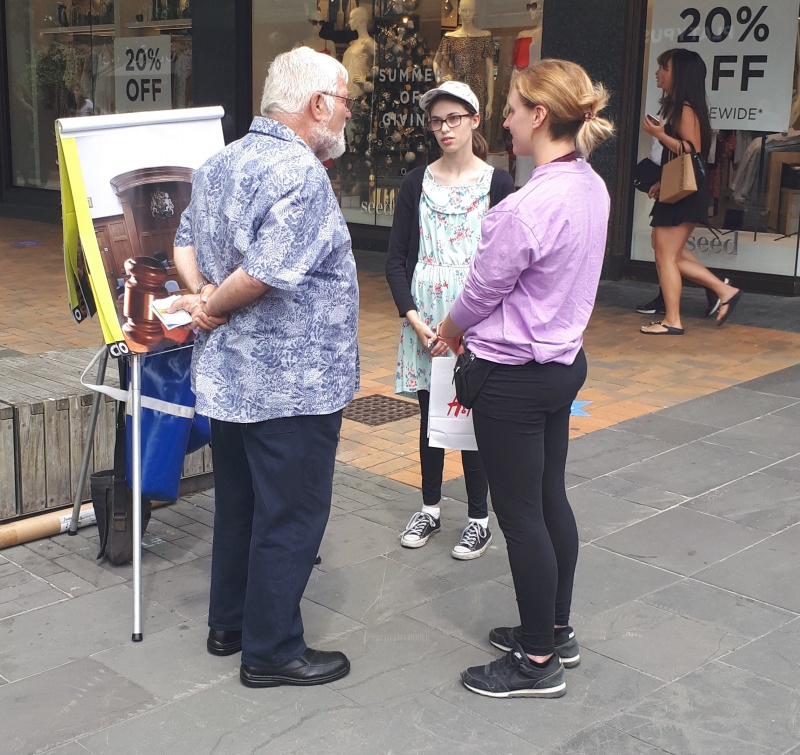 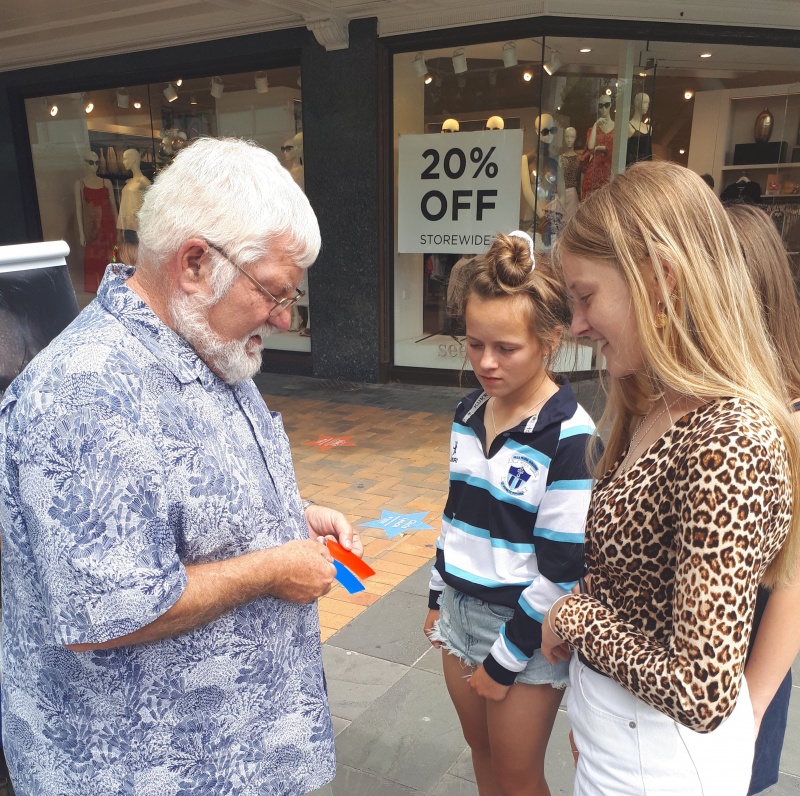