On Saturday, the weather was great and people were excited to share the gospel. We gathered inside of Starbucks as usual and we reminded ourselves John 15:5 that we can do nothing apart from Christ Jesus so we pray that we solely rely on God as we reach out to people with the gospel. As Corona Virus is on the rise we brought hand sanitiser and packs of tissue paper to utilise it for evangelism

By God’s grace, I have had many interesting conversations. I met Nathaniel and Bianca they were bright and polite people as they were passing by ‘GOOD PERSON TEST’ flip chart I asked them if they think they are good people and they laughed and said “ yeah I think so”. I told them that if they proved themselves to be a good person, 2 packs of tissue will be given to them but if they fail to do so, still 1 pack of tissue will be given to them as Corona 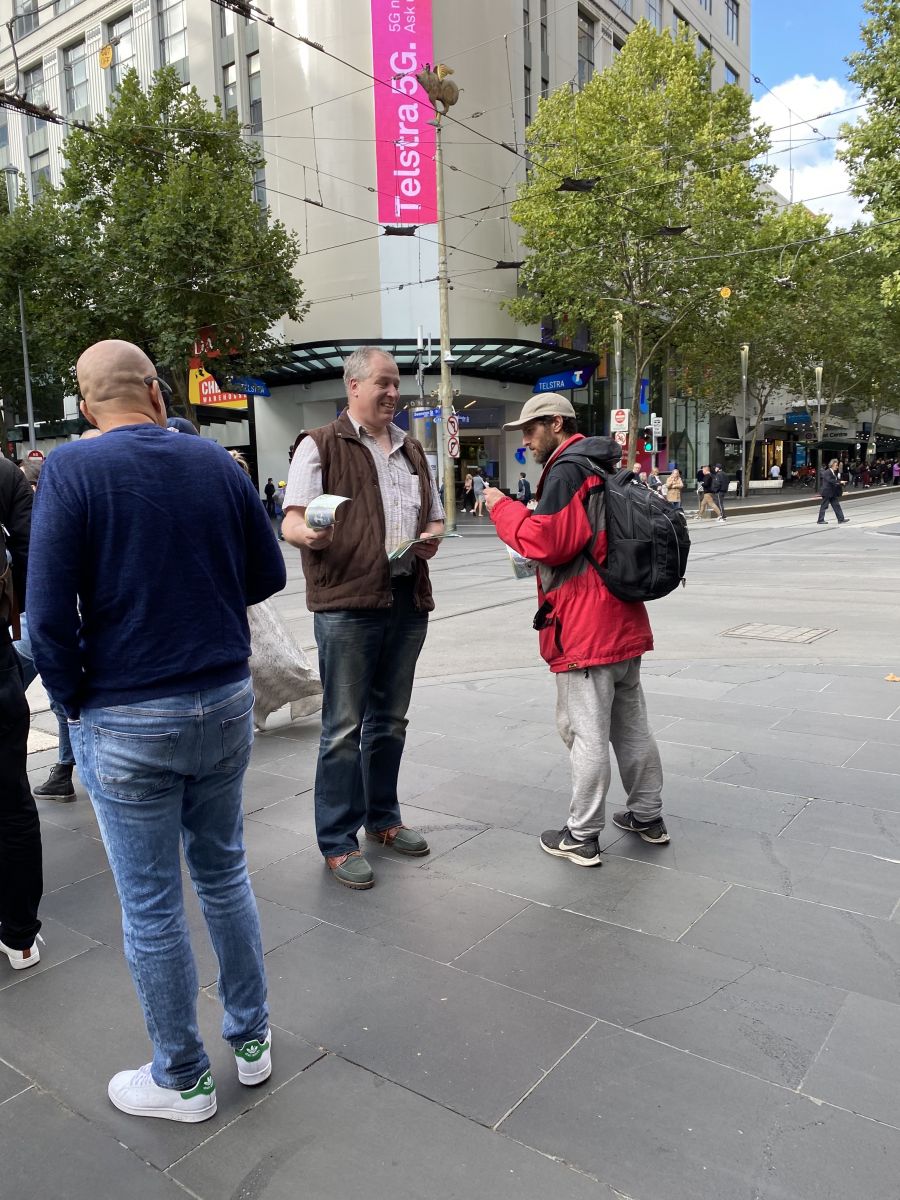 Virus was on the rise and we all know that tissues are becoming more scarce people responded well to this deal.

And as I was preaching another lady came and joined the chat. As I finished with gospel presentation she told me that she was Christian and that she was greatly encouraged by seeing group of Christians preaching the gospel in the city. I encouraged her to do the same and gave her website that will help her to equip her. Recently by God’s grace I have encounter a lot of faithful Christians that were encouraged by the team preaching the gospel and inspired to do the same so please pray that God will raise more labourers as harvest is plentiful but workers are few ! And pray for Nathaniel and Bianca also !!

We had some really great conversation this Saturday. The highlight was sharing the gospel with two young men (overseas students), who wanted me to contact them with more information. Please pray for Andres and Christian, as I sense they are very close to making a decision for Christ, if they haven’t already. We also spoke to two homeless men, David and Declan. They had been through difficult family times. We shared the gospel, tracts and they were happy for Mark to pray for them. It was evident David was touched by our interaction, he had tears in his eyes.

Another conversation was with three young Muslim men. Their view was that as Muslims, Jews and Christians we had much in common. I agreed but pointed out that a fundamental difference was that whilst they believed Jesus was a prophet, we believe He is God. One guy asked me to prove it. I talked about the Old Testament prophesies pointing to Jesus, His birth and death. Also Jesus’ disciples went into hiding following his crucifixion. After they saw him resurrected (and received the Holy Spirit), they went out with great boldness, they were prepared to die as Martyrs to tell people about Him. We also talked about salvation through faith in Christ, versus works and how the Bible says no one is righteous, not even one. We gave them tracts. Please pray for these young men to open their hearts to Christ. Mark spoke to a Hindu man Suresh, who told him he was a Brahman. He could see the faults in his religion and was very open to th 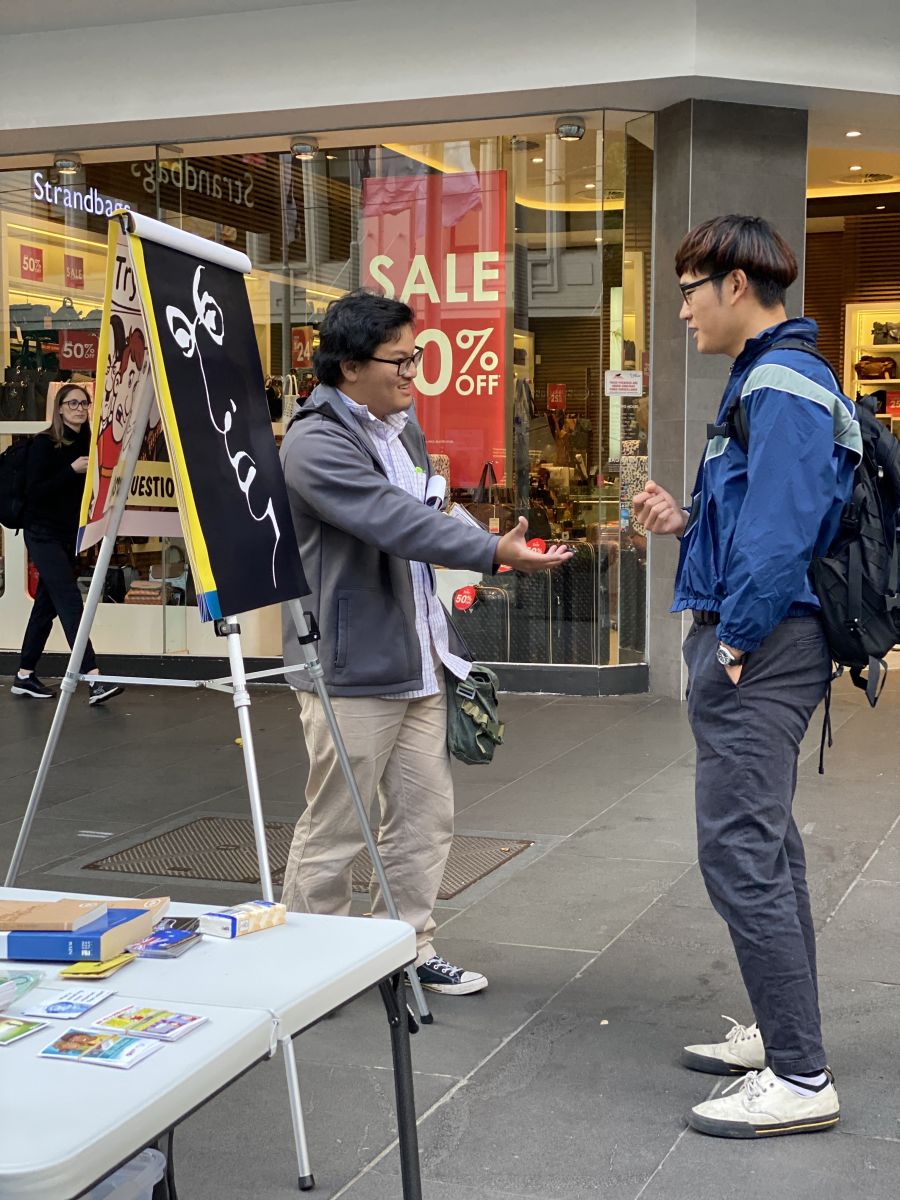 Due to the hysteria of the Coronavirus, despite the fact that we were out early today, not as many people were out as we supposed, yet regardless, we still proceeded to preach the Gospel of salvation. The highlight came when a young man named “Raz” came and listened, I went with him over the law and the condemnation of God for those who broke them and asked him if he was concerned about where he was going, to my surprise, he said “yes”, he was concerned over his soul. During this time, a man who was blind came and objected to the preaching, he was very hostile and very much attempted, in every way, to disturb my sharing with Raz the way that his condemnation is to be dealt with, he objected to the cross of Christ in every way possible, he was very bitter. To wit, at the end, I still managed to share with Raz the Gospel, that Jesus Christ paid the penalty of sin and satisfied the justice of God on his behalf to give him everlasting life.

I explained to him that during this season of hysteria, the fate of man grows evermore uncertain and his fear of death is evermore stoked within him, therefore, that it should be right that he runs to the cross of Jesus Christ and be cleansed. By the end, after the Gospel was preached, I asked the bitter blind man why he was so bitter towards the preaching, he stated that it was because he was promised that if he sought after God, he would be delivered from his sin of bisexuality, yet he sought for 6 or 8 years and nothing happened, therefore he now hates God. My soul aches for him, and I asked if it is in any way possible for me to give him any resource considering his blindness, he said that there is none, nor does he want any resources. The man bitterly walked off and all that I said was “there is hope in Christ” as he went away.

This provoked me greatly to think upon his condition, to which I concluded that he was not ever regenerated. If he had been regenerated, then he would have stayed, for men with far greater infirmities have struggled far longer than he, yet by the grace of God, they prevailed and came to savingly know Christ and be regenerated. Since he was not regenerated, which is evidenced through his leaving, thus his previous seeking was all a work of the flesh, he never truly sought after God, for no man seeks after God, but rather the things God offered apart from God, in other words, the benefit of God apart from He who provides such benefit, hence a work of the flesh. Please pray fervently for both of them, that God would savingly grant them repentance. 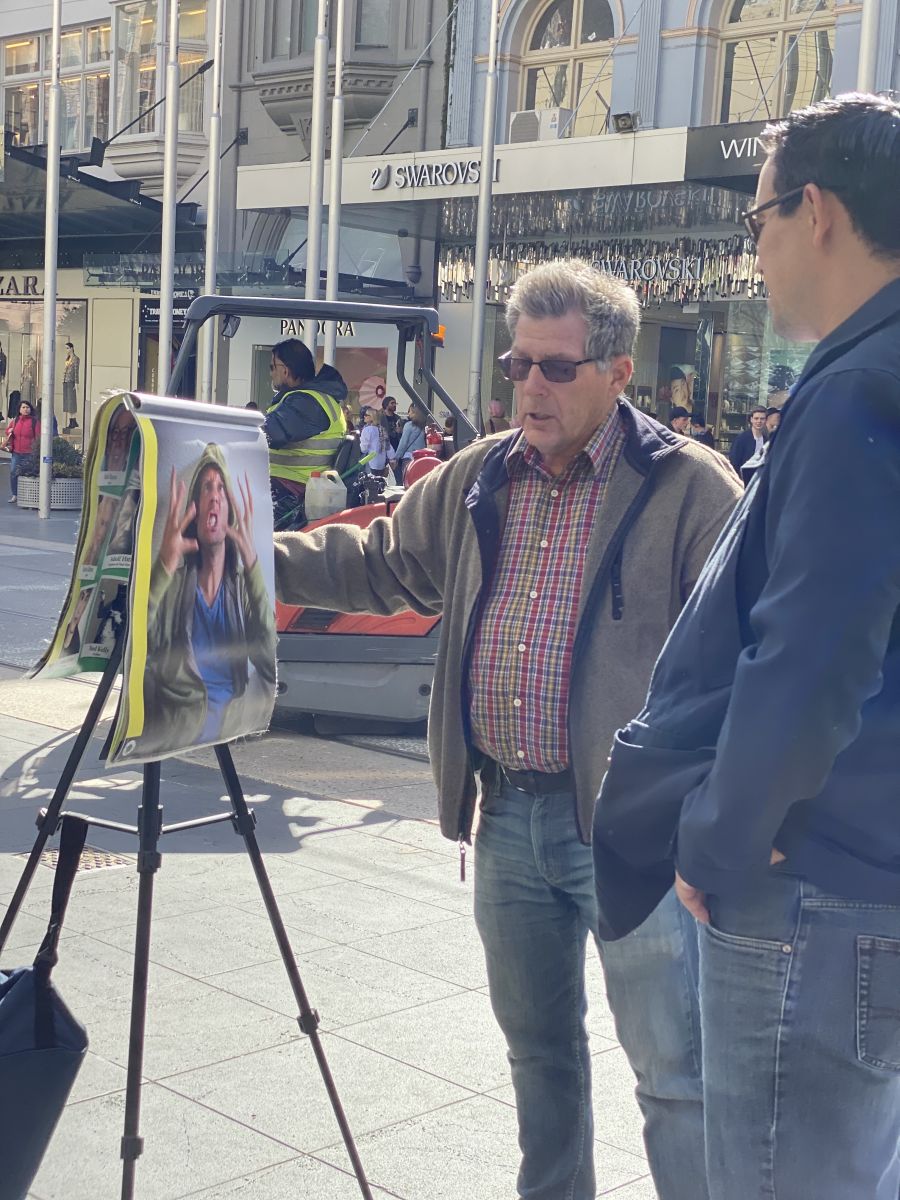 One of my conversations was with a man in his late 50’s who did the flip chart right through said at the end...

“I believe Jesus died on the cross for my sins and rise again”.

“I want to call on the Lord to save me”.

When I challenged him to do so he said he had to go. Pray this man sees the urgency of trusting in Christ asap. 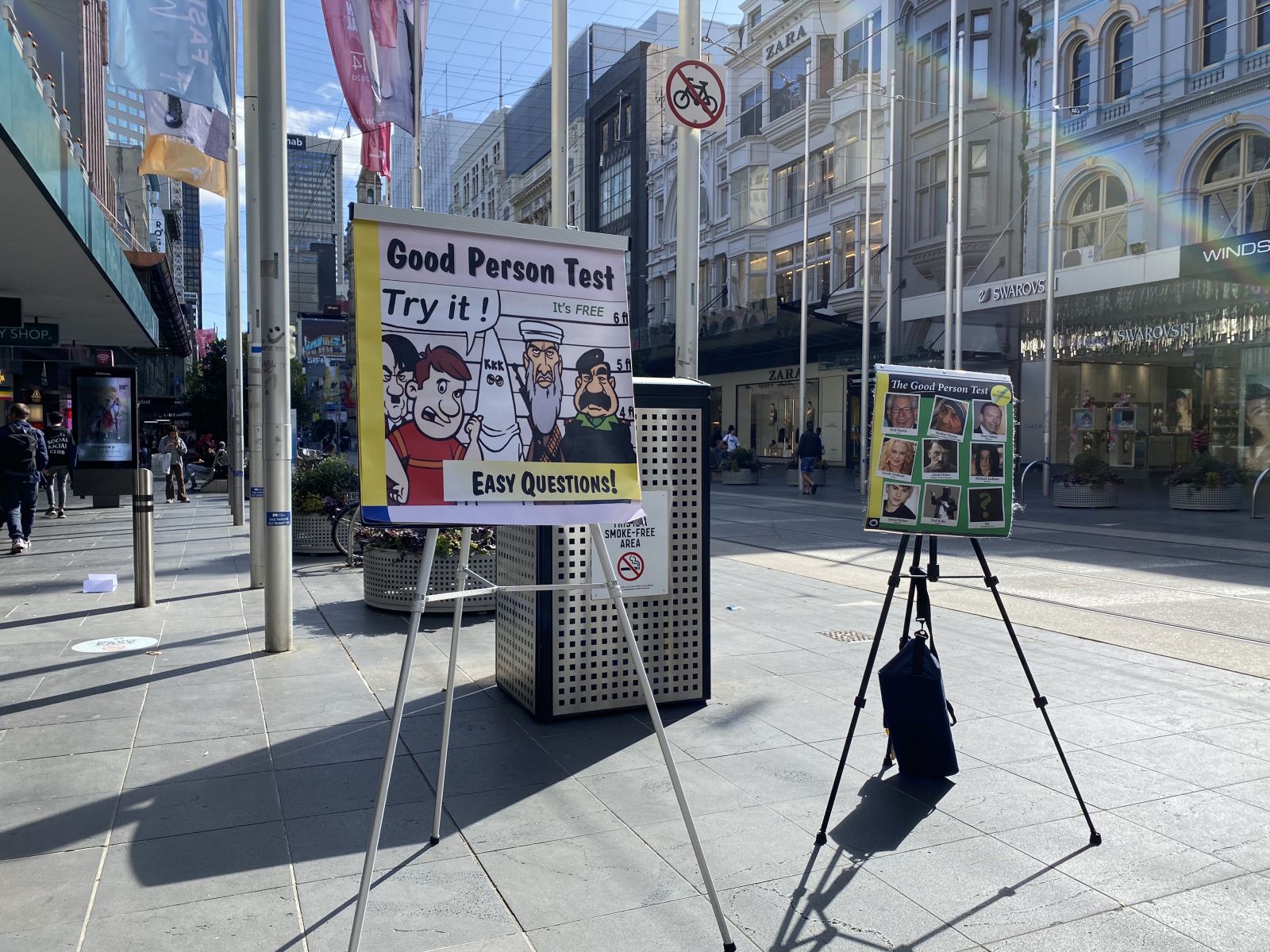