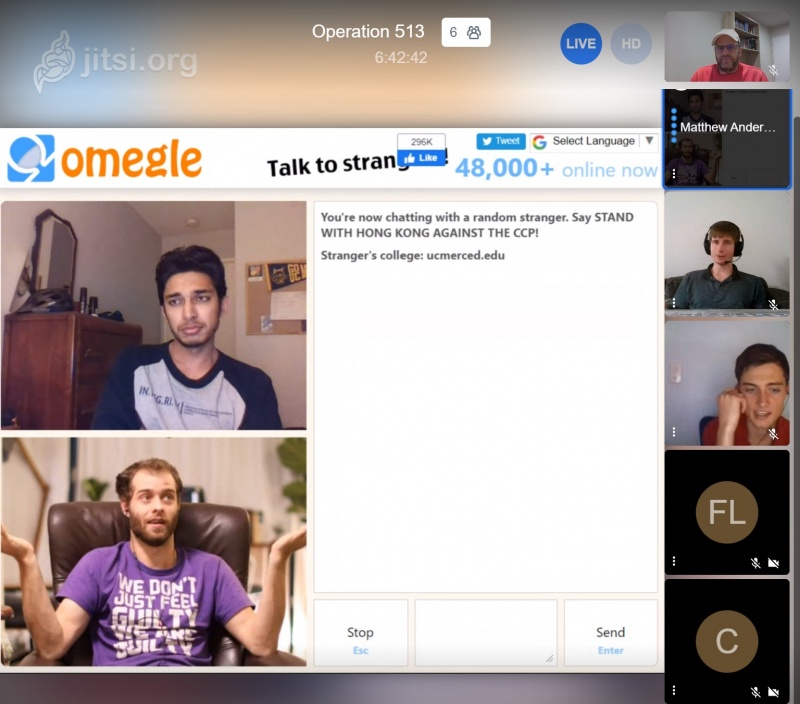 It’s Battle Log time again already.  Next thing you know, we’ll be in eternity.  Can’t wait.  But till then, we have the opportunity to tell more people about Jesus.  Over the last two days we have had many opportunities to do just that.  Thursday for 6 hours, and Friday for 7 hours.  I’m re-establishing my outreach log, not perfect yet, but let’s see how I did…

Thursday was harder than normal.  I had a mild headache, and my voice was scratchy.  On top of that, I started the outreach with a string of tuff conversations.  I feel back to prayer (and thank you to those that are praying for us).

I then managed to get into a conversation with a young man who looked Philipino.  He was Catholic, and seemed to follow the logic of what I was saying flawlessly and went from thinking his good deeds would get him to heaven, to understanding that it was faith in Jesus' sacrifice that would get him there.  It was a really encouraging conversation, and I was grateful for it.

And that’s all I wrote in my notes for Thursday!  But I know I had many other conversations, and the rest of the team were busy too.  All glory to God.

Friday started with a conversation with another young Catholic.  He was resistant, but followed the logic and opened up to what I was saying.  He heard and seemed to understand the gospel, but a few checking questions later and he reverted back to thinking it was his goodness that would save him - I was so surprised.  It was this point that I learned he was Catholic.  I stopped and went back to re-explain the gospel, and it finally started to dawn on him.  He seemed to really appreciate the conversation in the end.  I challenged him to respond to the gospel.

I then had a string of three conversations where they bailed on me before I could share the gospel.  And then I had a long string of people who didn’t even want to start a conversation with me!

I decided to add the tag “Jesus” so Omegle would pair me with people who had the same tag.  I finally got into a conversation with some teens who heard the law, and then bailed.  Fifteen minutes later, they were reconnected to me! (I guess not many people use the tag “Jesus”.)  So they got to hear the gospel after all!  Praise God for that.

About three gospel conversations later, I ended up getting into an interesting text conversation (I talked, they typed) with someone who claimed they had murdered 7 people.  I ignored it and continued to attempt to share the law and the gospel but they were very resistant.  It ended like this:

I then had a very bizaare conversation with some young guys who were out fishing in California.  They were inoculated to the gospel and very resistant.  One of them mentioned Mormonism at one point.  It was really hard to engage, some of them were being hostile, but one of them wanted to talk - seemed to think they were already Christians.  This conversation ended up having a focus on repentance.

I had a long conversation with a lady before lunch.  After lunch, two conversations stand out.

The first was with a young teen guy who had it deeply ingrained that he was a really good person.  He was not hostile, but he was very resistant to hearing the law.  It’s like his brain couldn’t compute it.  He couldn’t see himself as someone who was guilty compared to God and deserving of Hell.  But I laboured with this young man.  I shared the gospel, and I thought he was understanding.  But then I turned to checking questions, and it soon dawned on me that he thought that it was two things that saved him: Jesus and good deeds.  He was very engaged at this stage, so I stopped, and wound back all the way to the beginning and went through it again with him.  I’m pretty sure he was starting to grasp the gospel.  At one point, he asked if I was an angel - which was pretty funny.  I clarified that I wasn’t!  Oh that he truly understands and trusts Jesus.

My day ended with chat with three Muslim girls.  It started out as a funny joke for them, but by the end of the conversation they were all sitting back and deadly serious.  I could tell I was making progress with them, as they didn’t leave the conversation when normally people would by this point.  So I just keep going over the gospel, and coming back to how, by their own religion, they wouldn’t be going to heaven, because they weren’t good.  Our only hope is Jesus.

As I’m writing this, the team is still going strong online.  Really encouraging to watch them all silently talking to people about Jesus (pictured).  We appreciate your prayer support.  Please join us!