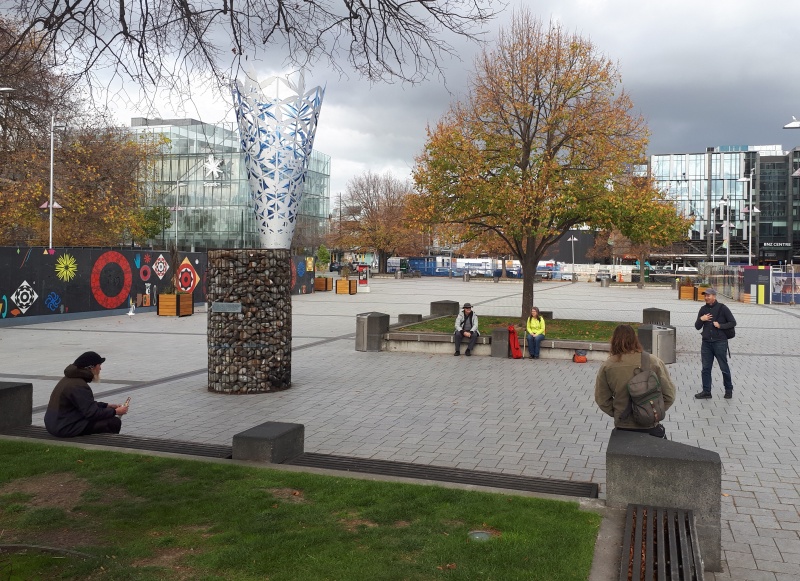 I’m so excited to be writing this report!  Today was the first time back on the streets of Christchurch in many weeks - and it was so good.

We started with the gospel + abortion outreach outside the hospital.  I wrote about that on the Project 139 Facebook page.

We then moved to Cathedral Square for open air preaching.  There were no stalls, or food trucks - and so there weren't many people around.  But to my surprise, once Andy started preaching, plenty of people came out of the woodwork.  We had a guy walk past who stopped to listen, and then he came over to engage.  He asked really good questions, which Andy addressed.  And then the hecklers started arriving - it was like old times again!  So good.

After Andy finished preaching, I was able to engage the guy who had been asking good questions one to one.  The conversation started with, the subject of suffering.  Afterwards he accepted a tract.

I then preached open air.  It felt so good.  There were plenty of people, sitting at a distance and listening.  So I preached my heart out.  The hecklers were surprisingly tame, until I talked about the resurrection of Jesus being a historical proof - that set one of them off.  Afterwards, I offered tracts to the people hanging around.

I then moved to Cashel Mall with my flip chart, and met Roger there.  Compared to the Square, there were heaps of people!

Roger and I prayed, then we set up our flip charts at the corner of Cashel and Colombo.  It was pretty much non stop gospel conversations for just over two hours.  People were walking up to the chart and wanting to give it a go.  I had great chats with:

I was able to say hello to a number of people walking past that I’ve had various levels of interaction with in the past.  It’s so good to be back on the streets!!!

In the evening, I did just under two hours of online evangelism.  And I haven’t had a chance to write about the wonderful online gospel opportunities from Thursday.

My body is not used to being on the streets.  Very tired legs by the end of it, but I will quickly readjust.  Come and join me in the harvest fields on the streets of Christchurch.  SDG! 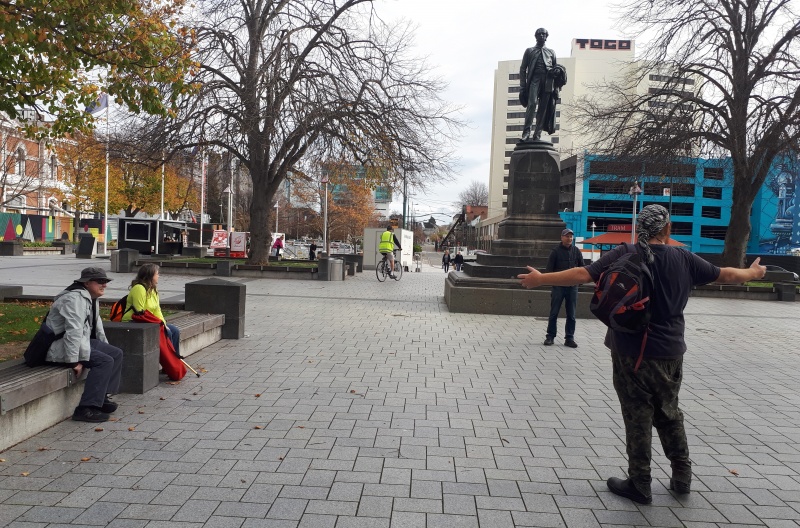 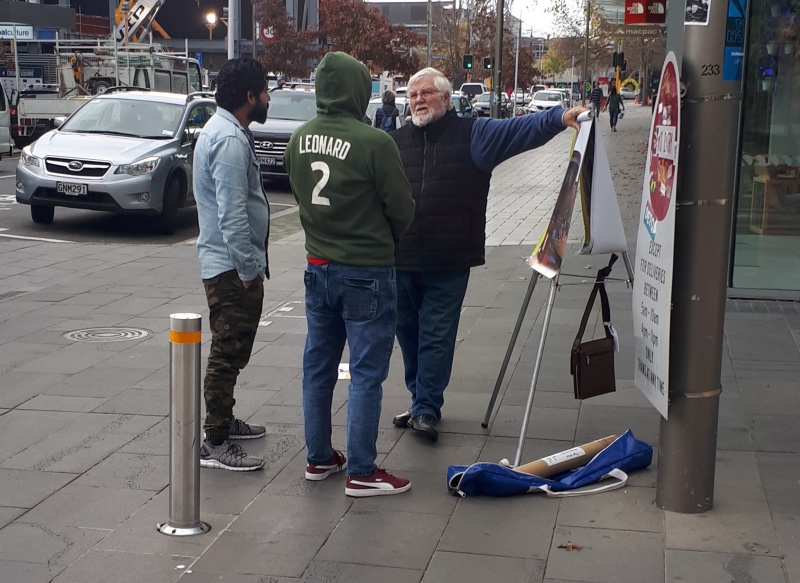