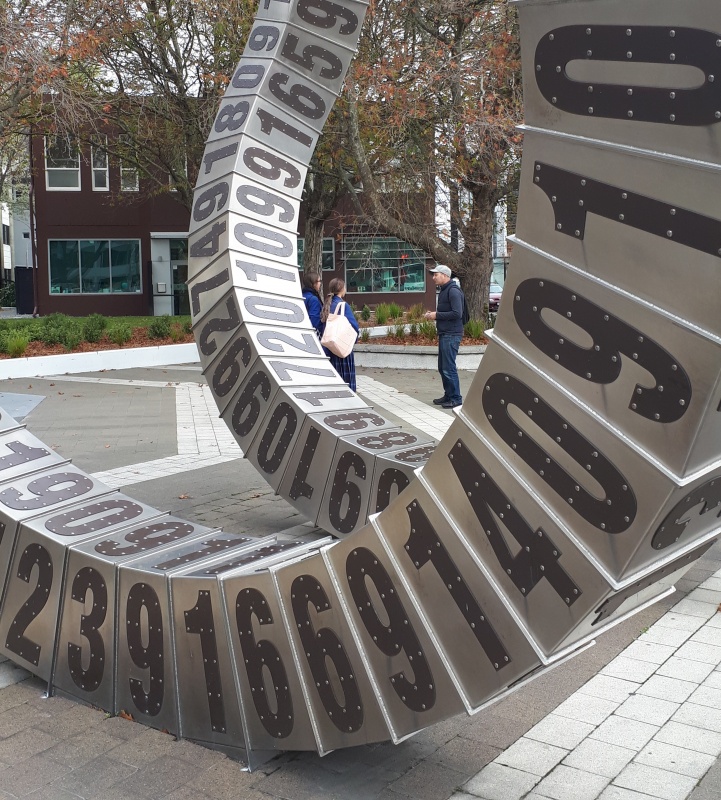 Tuesday saw the first outreach to Riccarton since the Covid-19 lock down had eased.  It was a late afternoon outreach, sunny when it started, but by the end the sun was setting, and it was quite cold.

But it was great to be back at this spot, and I had four sets of conversations.

My first was with a Hindu guy who came to understand the gospel, and was challenged to count the cost of following Jesus.

I then had a Catholic high school student go past - she looked like she wouldn’t be interested, and so I was surprised that she stopped at my opening question.  She was actually very engaged, and I had a long conversation where I had to carefully explain that it was not our good deeds in any way that saved us, but only Jesus' sacrifice on the cross that we accept by faith alone.  I think she came to grasp what I was saying, but she didn’t look convinced.  As always, I left her in God’s hands.  I can only hope that the plowing and sowing I did would lead to growth at some point in the future.

The last conversation of the outreach was with two Polynesian girls.  They were heading to the bank when they passed the first time, but they said they would come back - and they did.  One said she was Christian, the other Mormon, but neither seemed committed.  So I was able to share the law and the gospel with them.  It was a lovely conversation.

Even though Riccarton wasn’t as busy as the city had been the previous Friday and Sunday - it was still good to be back on the streets!

Today (Wednesday) I went back into the City in the early afternoon with Andy.

As soon as I was out of my car, I had a wonderful opportunity to talk with two guys walking past - so the outreach got started early!

I then met Andy at the speaker's corner where we both open air preached.  I had someone sit down to listen, and to my surprise, as soon as I started talking about the resurrection of Jesus the listener became angry and started heckling me.  Similar to what happened on Friday.

We continued the outreach with “walk up”.  We went down Cashel Mall, and then moved to the courthouse.  Outside the courthouse, first Andy, and then I fell into good gospel conversations.

The guy I was talking to professed to not be interested in spiritual issues, and yet, he stayed to talk with me for a long while.  He resisted the logic of how we know God exists, but kept coming back to it.  I held my ground refusing to let him off the hook, and kept using the same argument.  Eventually, to my surprise, I was able to get through the law, and even share the gospel with this guy.  There was still much resistance though.  He wouldn’t take an After Life tract from me, but when I said I had a different one titled: How we know God exists and why it matters, he said he would be keen for that!

Our conversations ended at different times, and so Andy and I became separated, but we ended up meeting again outside Ara.  Andy had a great chat there with two high school students (pictured).

And I had a wonderful follow up opportunity with a guy I’ve talked to a few times before.  I was able to walk back to my car while talking to him (we were going in the same direction).  He seemed more open than the last time I talked to him.  We were discussing the sermon on the mount.  He really seemed to appreciate something I said and accepted a tract as we parted ways.  God willing I will be able to talk to him again.

Both Tuesday and today, I was also doing some online evangelism - it is such a wonderful way of reaching people.  The stand out conversation was with two guys from California.  They came to understand the gospel, and what repentance really means.  They seemed deeply impacted.  Yet only God knows. 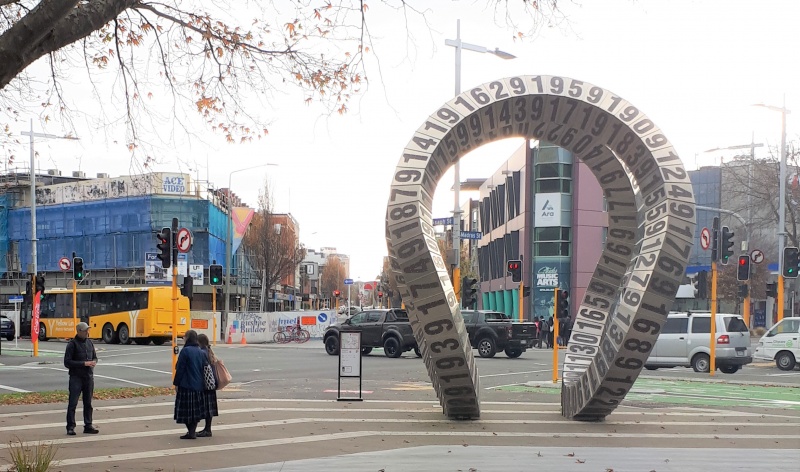 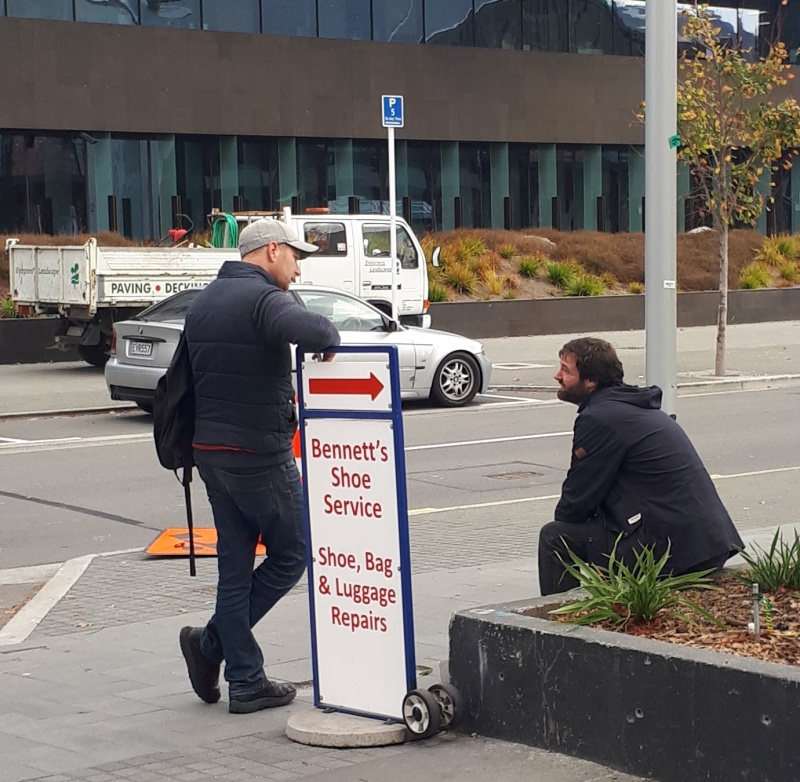 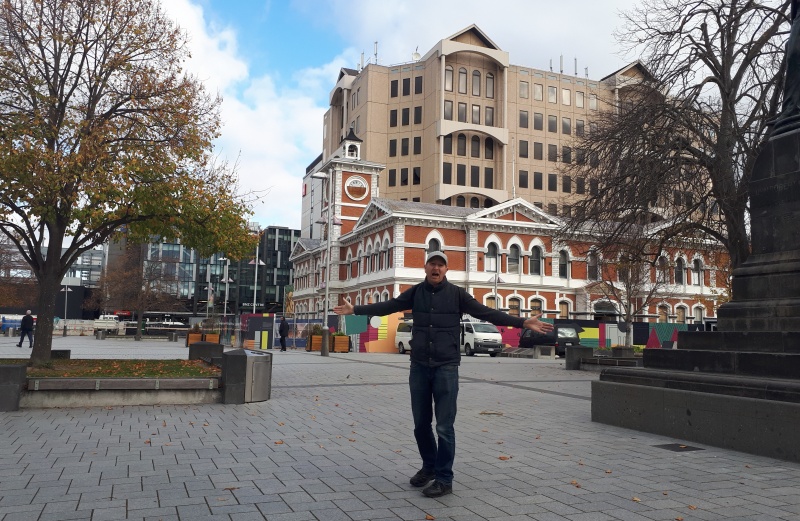 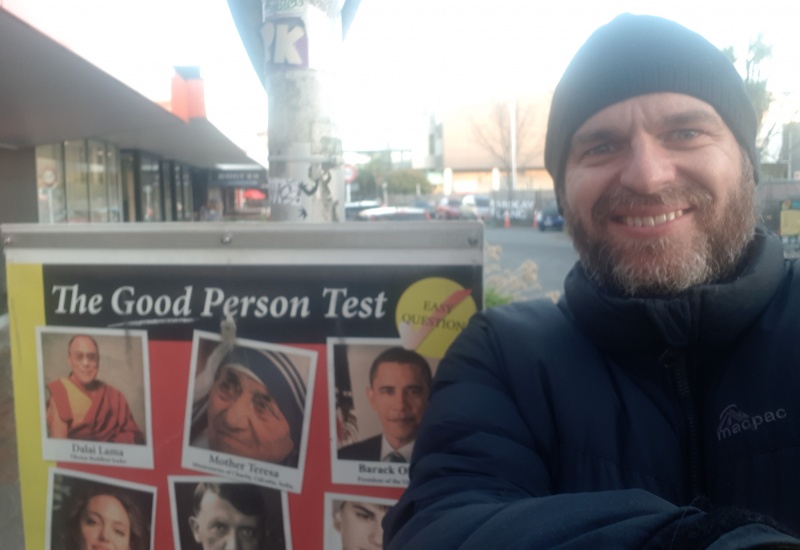