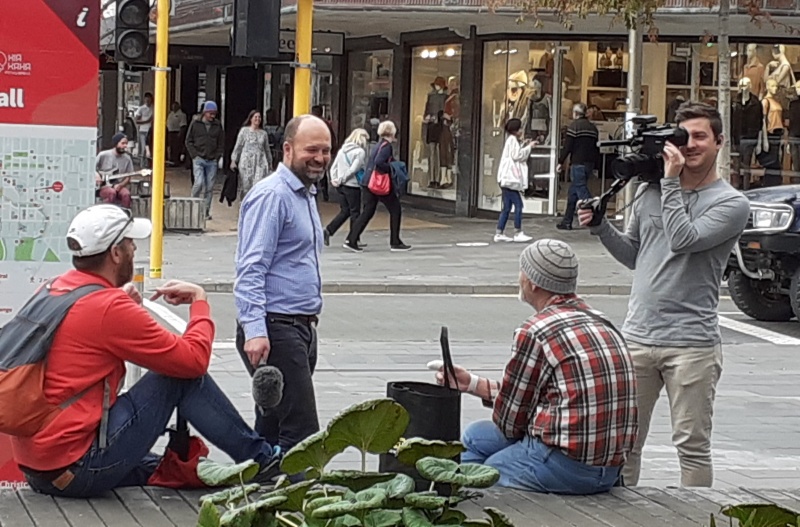 Two very busy days of ministry.  A very long report - sorry in advance for that! ;)

Thursday’s outreaches to the bus stops were amazing.  I was mildly hesitant to go, thinking bus stops might not be the ideal place for social distancing.  But I knew there would be spots where I could engage with those passing by and still maintain appropriate distance.  So Andy and I decided to give it a go.  Northlands early afternoon, and Eastgate in the late afternoon.

When I turned up at Northlands, there weren’t many people around, and I wondered if I had made a wrong decision and should have stayed home doing online evangelism.

I managed to get a conversation started, but their bus came.

So I prayed about this and then lo and behold someone came past and I was able to get a conversation started - they couldn’t stay, but they took a tract.  And then straight after, another opportunity arose (with a Christian lady), and then another (with a Catholic lady).

I turned and noticed a lady waiting for a bus and so, respecting social distance, I started a conversation with her, that went long (pictured).  She deliberately missed busses so the conversation could continue.  She had Catholic, Maori, and Mormon religious background.  And when I tried to add Christianity to the mix, she confessed that she felt quite confused.  So I just spent time listening, and trying to bring clarity.  A lot of her questions were, understandably, around how we know what is true.  She gladly took a “Which one is right?” tract, as well as others.  Such a wonderful conversation.

The outreach was going better than I could have expected!  I had two more brief follow up opportunities before I noticed things starting to calm down again.  I mentioned to Andy that maybe we should split to Eastgate early when he suddenly got into a conversation, as did I.

My final conversation at Northlands was with a young man (20 years old), who used to be a youth pastor but now didn’t believe in God.  I guessed two things: 1) he had been deeply hurt by witnessing an extreme form of hypocrisy 2) that he had never understood the gospel.  I carefully asked questions that confirmed that I was right in both instances.  So I backed up and started by explaining how we know God exists and how we know who God is.  He was open and following the logic, but his bus came.  I gave him a tract and pleaded with him to contact me, the conversation was so important.  I leave him in God’s hands.

Maybe you know some of these people I talked to.  Are you ready to follow up with them and reinforce the gospel information they are learning?  I can’t do this alone. :)

Andy and I then made the move to Eastgate - a little later than we expected, but praise God that we had so much opportunity at Northlands.

It was just as busy at Eastgate.  I had six significant gospel conversations.  The highlight was the second to last one, it was with a young Catholic high schooler.  I don’t remember it, but I had talked to him twice before.  He still couldn’t articulate the gospel, so I went through it with him again.  I warned him that this was the third opportunity he had to hear the gospel, he may not get another, and while I was challenging him to count the cost, I asked him what was stopping him from trusting that Jesus died for his sin.  He said, “I am trusting that Jesus paid the fine for my sin”.  I was surprised, and I said, “when did you start doing that?”  He said, “Today”.  I pleaded with him to get in touch with me (we want to see people knitted into a good local church).  I leave him in God’s hands.

Friday was a big day of outreach.  The weather was wonderful.  We spent two hours outside the hospital bringing the gospel to the issue of abortion.  You can read about that here.

We then moved to Cathedral Square for open air preaching.  Marty preached first, and that was the only opportunity we had.  We attracted a lot of hecklers, and one of them got up to “preach” after Marty leaving no time for anyone else to preach.  We didn’t waste the time, we ended up getting into wonderful one to one gospel conversations with those walking past instead.

Moving on to Cashel Mall, again it was busy!  I had a wonderful follow up opportunity with a guy I’ve been talking to on and off for well over a year now.  It turns out he has cancer in a finger!  And he may lose it. :(  He still isn’t grasping the gospel, so I had an opportunity to continue challenging him on that.  As we were talking, Radio NZ approached me for comment on a political issue.  I took the opportunity to give a gospel sound bite!  I doubt they will use it, of course, but the interviewer took a tract.

We then had a non stop couple of hours of gospel ministry down by the Bridge of Remembrance.  Even before I got there, I had a wonderful walk up gospel conversation with a young couple.

But the highlight (for me) was a long conversation with two young girls.  I laboured with them for a long time, and although I think the effort was worth it, there was a resistance and a blindness to what I was saying.  I pray they will have more opportunity to engage with the gospel - maybe with you?  Are you ready to share? 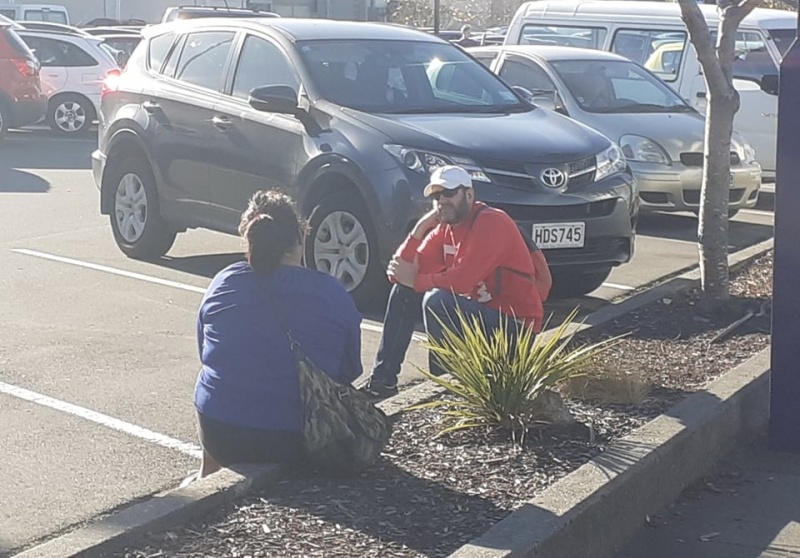 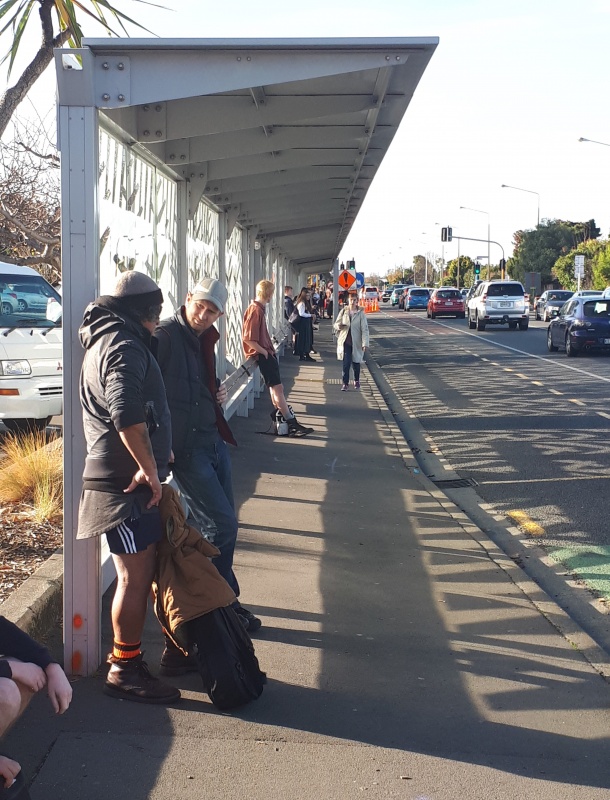 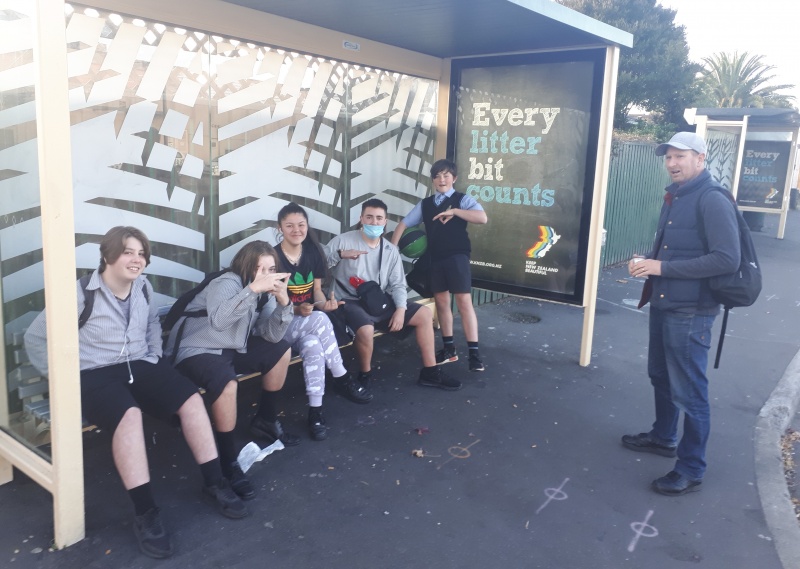 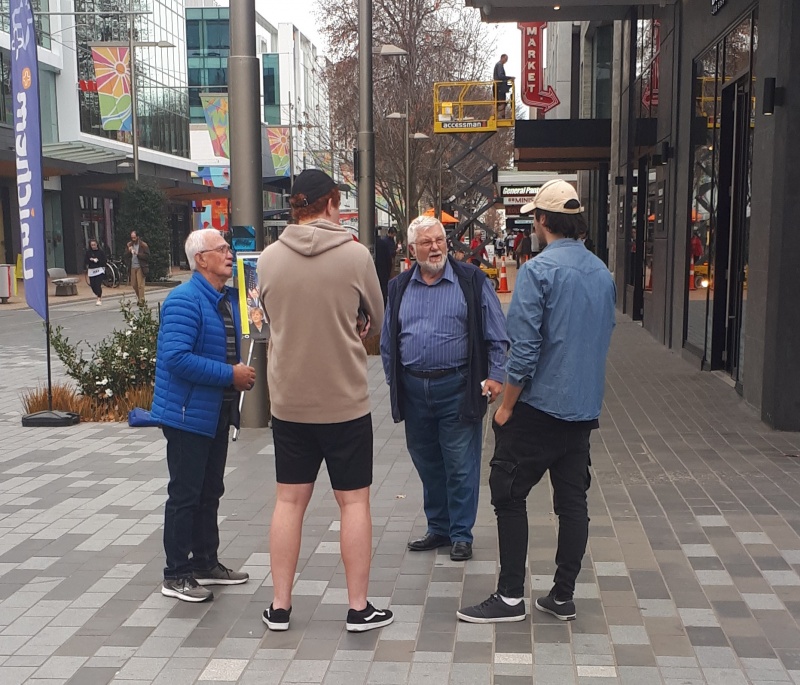 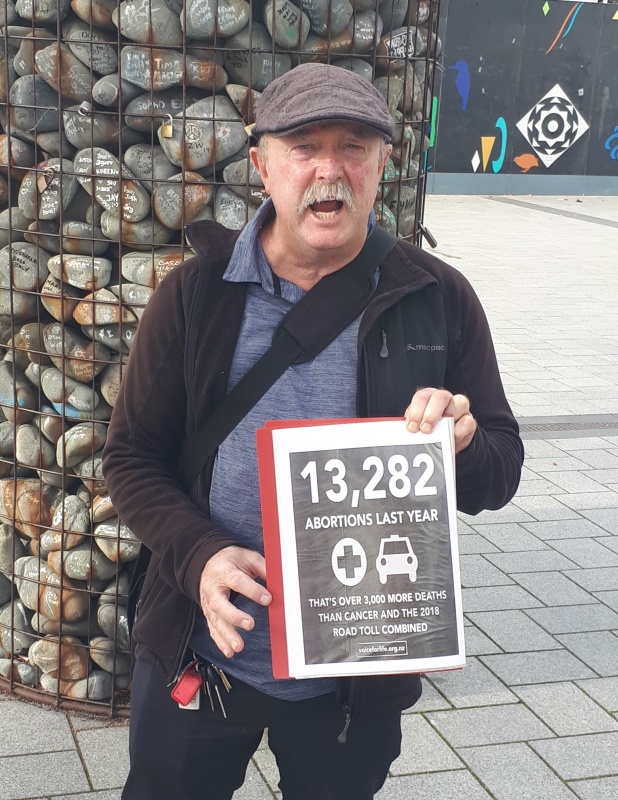 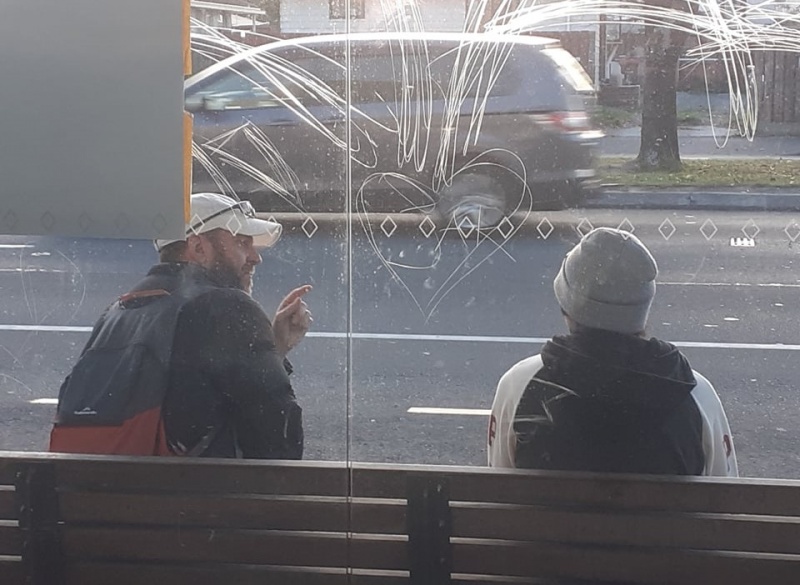