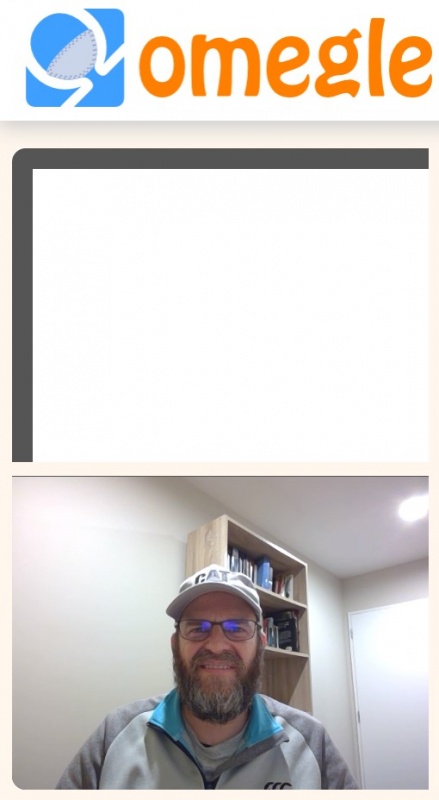 Saturday and Sunday… more rain in Christchurch (NZ).  And I praise God for it - honest! :)

But it did mean the team stayed indoors and reached the lost online.

Four hours on Saturday.  My first conversation of note was with an intelligent young guy from Kazakhstan (he was an ex-Muslim).  It was quite a long conversation where sadly we didn’t even get to the law let alone the gospel.  But it was still a very good conversation where he was challenged on how he knows God exists.  He could see the logic of it, but he didn’t like it.  He changed the subject and just wanted to talk about other stuff for a while (which was fine), but there's nothing more important than talking about what happens after life, and so I did switch back to it.  But he just didn’t want to talk about it.  So I respected that.  I left him with a link to needGod.net.

My next conversation was with a guy from Africa (I presume; he was an ex-Christian).  He was also resistant, but for some reason it worked out that I persisted with sharing the law and the gospel even though there was resistance.

But the stand out conversation of the day was with a Hindu lad from Florida, USA.  He was open to the conversation and seemed resigned to the fact that he deserved hell.  But I shared the good news with him.  I said: “So, if Jesus has paid your hell fine, where does that mean you go when you die?”  and he responded with, “heaven”.  So I said, “So what’s the reason why you go to heaven?”  And he said, “if I’m a good person”.  Wow - I knew I was going to have to labour with him on this, and I did, and he finally came to grasp the gospel: the gift of Jesus.  Yet he also came to understand the cost of following Jesus, and he admitted that his culture would make it hard for him.  I was very encouraged by this conversation; I leave him in God’s hands.

I finished the outreach with a great conversation with two Catholic lads.  The conversation started with them accusing me of being a pedo, and so I asked them, “What do you think happens after life?”  And then they quickly apologised for calling me a pedo!  We had a great tussle of a conversation where I worked through their objections and explained to them the truth of the good news of Jesus.

With the rain Sunday afternoon, I joined the practical online training outreach run by the Operation 513 Aussie team.  With this outreach we pair up and take turns sharing the gospel online, but we pause after each conversation to do a retrospective.  I was paired up with Trinity - and she gives marvellous feedback!  It’s so good to be challenged in this way.  It was also wonderful to be able to just listen to how someone else shares the gospel and deals with the different objections that come up.  A very worthwhile exercise!  And for anyone new to sharing the gospel in this way, it’s a great way to observe and learn.  I really encourage you to give it a try - whether you are experienced or not!

Trinity had a conversation with a young man who seemed a bit disconnected, and yet continued to respond to the questions asked.  He admitted that there wouldn’t be anything stopping him from trusting that Jesus died on the cross for him!

Before that, I had a conversation with a girl who said you have to keep the 10 commandments to go to heaven.  So I tested her on a few of them and she realised the dilemma.  Her defence was to ask me what day I go to church!  I sidestepped that, and proceeded to show her the way to heaven.  She seemed very appreciative of the conversation.