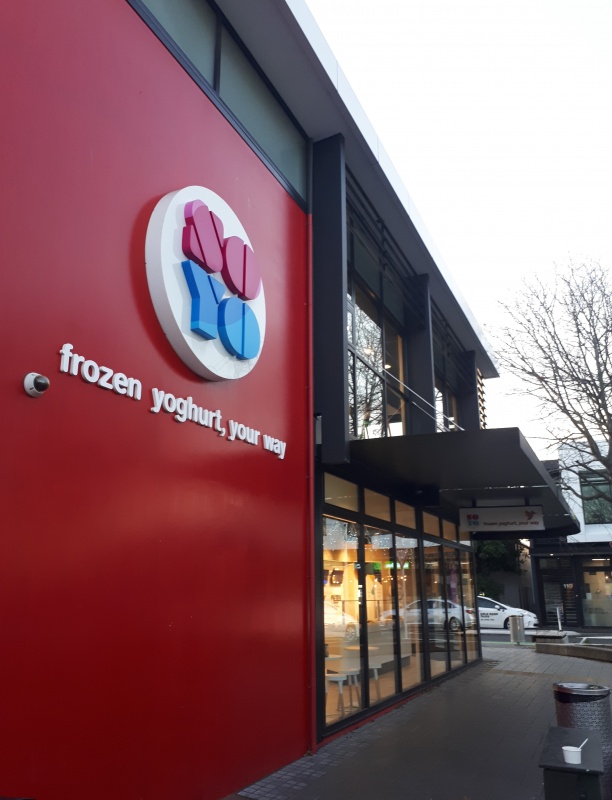 Tuesday’s Riccarton outreach was busy.  Roger was with me, as usual, but we had little time for interaction due to the # of conversations we were having.

And I ended up talking with a lot of Christians.  Many of whom really appreciated the clarity of the gospel presented.  One conversation that really stands out in my mind is a conversation with a guy (a university student) who was only a year or so old in his faith.

I had a conversation with an Asian guy who was attracted by the good person test flip chart.  This led to a long conversation where I was able to step through all the checking questions.  Yet, he seemed to take offense when I would constantly prompt him to reiterate what it was that would get him to heaven.  He would say, “I know what you mean, but I’m not going to say it”.  Yet, he was keen to stick around and continue the conversation.  I wasn’t able to read what he was really thinking.  Yet he heard the law and the gospel.

I noticed Roger was in a tense sounding conversation across the road.  It happens from time to time.

But then I was quickly into another conversation with 3 teen guys.  They were keen to try the good person test and we quickly fell into a very good discussion.  Roger came over at one point, but I didn’t want to lose focus with the 3 guys - so I did my best to ignore Roger.  But he mentioned he had some frozen yogurt for me!?  He placed it on the seat next to me and left me to it.  The three guys came to grasp the gospel, and to my surprise, one of them said nothing would stop him from trusting that Jesus had died on the cross to pay his hell fine - even after considering the cost!  It was a wonderful conversation.  He wanted to know what church I went to, and indicated that he would be interested in coming along.  He knows how to get in touch.  They are in God’s hands.

I then turned my attention to the frozen yogurt.  It turns out that the tense sounding conversation Roger was having across the road was not tense.  The guy was just passionate.  He and his family are Muslims, and they now own the SOYO frozen yogurt place Roger sets his flip chart up in front of each Tuesday afternoon.  In spite of our significant religious difference, they blessed Roger and I with some frozen yogurt each!

After the outreach I went over to indicate my thanks to them (through the window).  I was beckoned inside, and offered a top up!  I was touched.  I’m not sure what Roger said during that conversation - but they sure like us.  May we be able to get to know them better, may they come to grasp the gospel and only trust only in Jesus to be saved from their sin and the justice of God.  Truly, our only hope!

Wednesday there was rain, so I decided to spend the whole afternoon online - and what a wonderful harvest field it is!

Some of the conversations that stand out include a discussion with a Muslim man living in Chicago.  He heard the law, and seemed to grasp the logic of the bad news, but didn’t seem too concerned.  Yet he did want to hear the good news of the gospel.  He patiently consumed the knowledge I was giving him.  I could tell he wasn’t convinced, and yet he seemed to appreciate what I was doing.  He said he would check out needGod.net.

Later, I had an epic conversation with a young man who thought he would be going to heaven as long as he enjoyed his life, and didn’t murder anyone.  Our conversation was a wake up call that he really appreciated.  He said that he trusted Jesus had paid his hell fine “5 minutes ago”.  And then he thanked me for what I was doing, and told me to keep doing it.  I encouraged him to join me - and he agreed!  I pointed him to a Bible and a local church in his area.

A very encouraging couple of days of outreach, both locally and online.  Jesus, may you receive the reward of your suffering.  Save people for your glory!