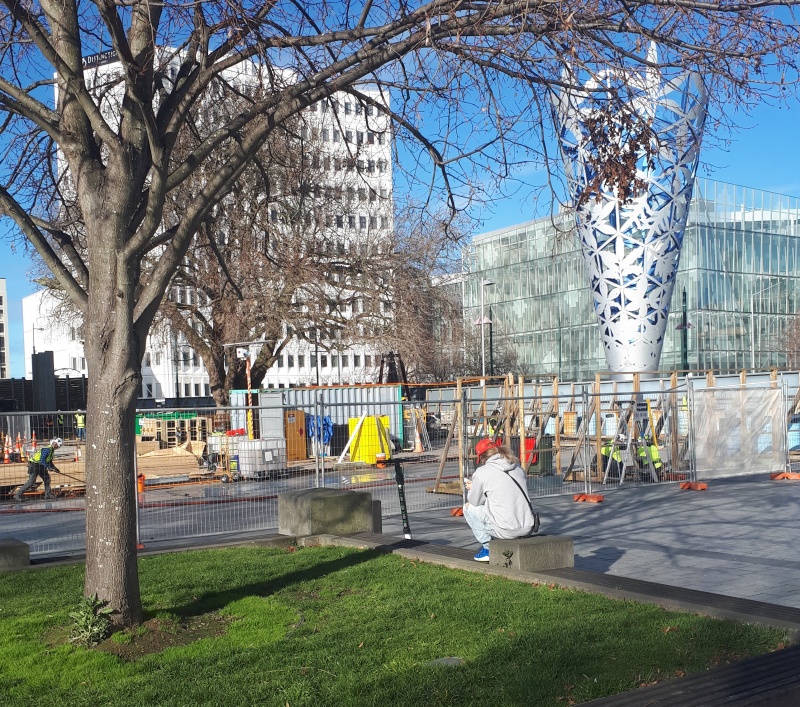 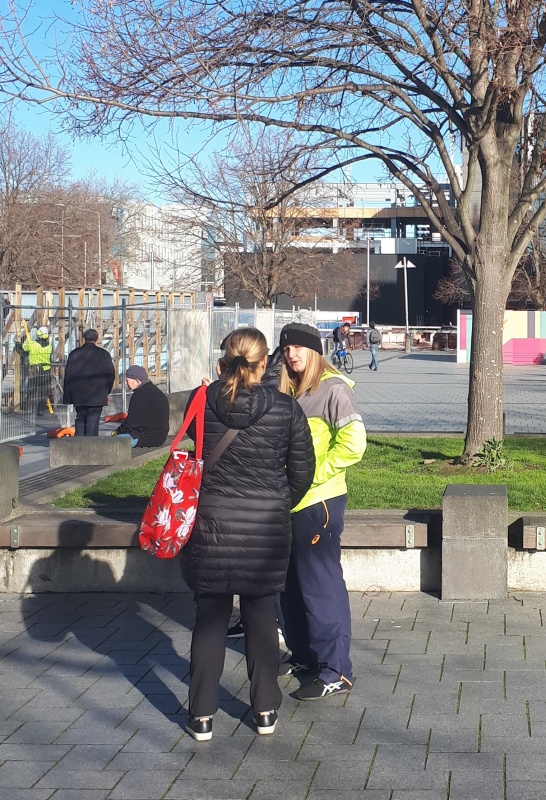 A wonderful couple of days of outreach in Christchurch (NZ).  And I had an exciting opportunity to share the gospel outside my usual routine.

I had just started eating dinner with my family when the doorbell rang.  That doesn’t normally happen, so I went to answer it and it was a guy who wanted to do a survey!  Praise God, no easier way to get a gospel conversation started.  I agreed to do the survey, and his first question was: “what is your occupation?”.  I answered: “I’m an evangelist”.  He responded with, “oh, ok”.  Then he paused and asked, “This is not a question on the survey, but, what is an evangelist?”  I smiled, and responded with, “I tell people about Jesus.”  He then asked, “How do you go about that?”  So I said, “I walk up to people and I ask them ‘excuse me, I’ve got a question for you, it’s a deep question, what do you think happens after life?’”  I then added, “If you know there is a hell, and Jesus made a way for us to go to heaven - it’s the most important thing you can tell anyone.”  He seemed fascinated.

He completed the survey - he was trying to sell insurance.  When he was done, I asked him, “so, what do you think happens afterlife?”  He was glad I had asked, because his curiosity was piqued.  And so I got to share the law and the gospel with him!  Although it was quicker than I like because: a) he was working and needed to move on, and b) it was freezing cold outside!  I had a tract in my wallet and passed it to him - he thanked me.  The whole exchange took no longer than five minutes.  Are you ready to share the gospel at a moment’s notice?

but in your hearts honor Christ the Lord as holy, always being prepared to make a defense to anyone who asks you for a reason for the hope that is in you; yet do it with gentleness and respect,
- 1 Pe 3:15 ESV

A great way to get prepared is to buy a mini flip chart (NZ or AU) and practice in your family or personal devotion times.  Or try some online evangelism with some strangers, but you’ll need to put in some precautions first, check out how.

Earlier in the day I was in Cathedral Square.  But before I got there, I had a wonderful opportunity to approach a guy on Colombo street who had never really thought about what happens after life, but came to understand why it’s important to do so.  The Building / Builder; Universe / Universe Maker analogy made him smile with understanding and he became engaged to hear the law and the gospel.  He was sharp, and checking questions confirmed he was understanding.

In Cathedral Square I had pretty much non stop opportunities to talk with people.  Three guys who were resistant and doubled down when hearing the Building / Builder; Universe / Universe Maker analogy.  There was a guy who recognised me and said he was half a Christian!  We had a wonderful conversation where it became evident he wasn’t a Christain at all and we wrestled through some logic for what a Christian is and why he should become one.

But the highlight conversation was with a guy who had converted to Buddhism about four weeks ago.  He heard the law and the gospel, and quickly came to grasp it.  He said there was nothing stopping him from trusting Jesus paid his hell fine today - even after I got him to think through the cost, including letting go of Buddhism.  He said he would study the tract I give him (pictured).

After this, I headed home and joined the Aussie team for some online outreach.  I had a string of great conversations:

Tuesday I was online before heading to Riccarton.

The highlight conversation online was with a young Catholic guy, sharp, but slow to respond.  He was trusting his good deeds to get him to heaven before the conversation, but now understands that it's only trusting Jesus died on the cross for his sin that gets him to heaven.  "Thank you so much for teaching me this", he said.

In Riccarton, the highlight conversation was with a guy who had become a Christian only a few weeks ago!  It was a very encouraging conversation for me.  Although his language wasn’t precise, it was clear that he understood the gospel, and he was overjoyed about it!  He has a passion for evangelism, so I demonstrated the flip chart to him, which he really enjoyed.  We discussed repentance.  And he talked about the change that had occurred in his life.  We are Facebook friends now, and he said he’d be keen to join me on an outreach sometime - even if he just observes initially.

And you would be welcome to join me on an outreach - any time. :)