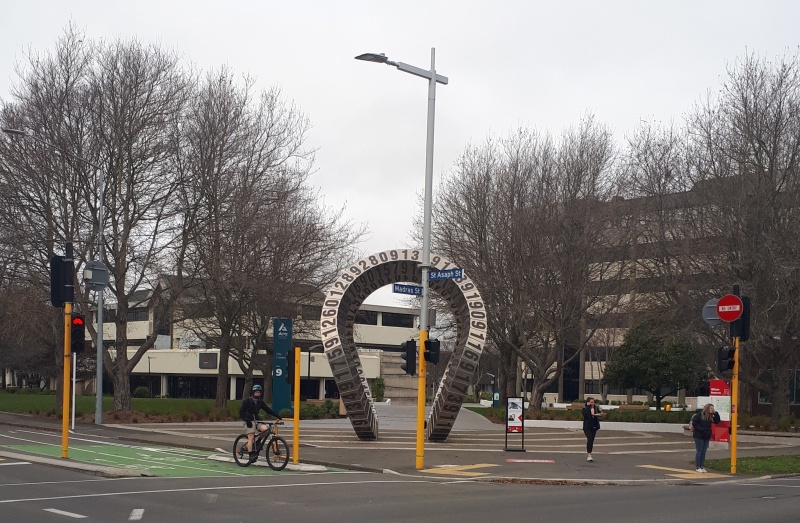 Tuesday and Wednesday ended up being days where I feel like I spoke to a lot more “Christians” than usual.  And yes, I used double quotes there.  Some of those I talked to were clearly not a Christian, yet with others it was unclear.

I’m glancing through my notes from my time online on Tuesday and the last three conversations were with people saying they were Christian.  I can’t remember it, but my notes say the first guy didn’t know the gospel.  I remember the last one, it was with a guy who said he was a Christian, but only from a cultural perspective - he pretty much denied that God existed.

The middle conversation was long and good.  The guy had a reasonable understanding of important concepts, yet some of the wording he used made me suspicious he was trusting in his works and not faith alone in Jesus dying on the cross to pay his hell fine.  We got to talk that through.  The guy was really appreciative of the conversation; I encouraged him to get out there and start sharing the good news with others.

After this, the outreach in Riccarton was busy.  In two hours I was able to have gospel interaction with 14 people!

One of the homeless guys Andy and I are getting to know was able to articulate the gospel, even frequents a local church.  Yet when I challenged him on the change that comes with faith in Christ, he quickly backed away.  He clearly doesn’t understand the wonder of the gospel… yet.

I spoke to two groups of boarders from Christchurch Boys High School.  They heard the gospel, but there was no interest - sadly.  One of those kids stands out the most in my memory.  He was the most resistant, but he was the quickest to grasp the gospel.

I had a timely conversation with a “Christian” who initially claimed good deeds would get him to heaven, but with some gentle prodding was able to explain the true way to heaven: Jesus.  It turned pastoral, and something triggered me to be straight with him, I asked what sin he was struggling with.  He looked dejected, and asked if he could marry an unbeliever, using 2 Corinthians 6:14 I was able to encourage him that it would be a disaster if he did.  Interestingly, his father had given him the same advice.  The cost of following Jesus is great.  Only with God’s help can we do it.

My final conversation of the outreach was with one of the Unicef street workers.  She is a “Christian”, even going to a local church and we have mutual friends, and yet, she couldn’t articulate the gospel, again defaulting to good deeds - “following the commandments”.

On Wednesday I started at the northern end of Cathedral Square.  Not many people around, yet I was able to have four conversations in short order.  My first was with a “Christian” who said his goodness would get him to heaven!  With some prompting he was able to give a better answer, yet he insisted that we had to “try”.  Sadly, he had to go before we were really able to unpack it.

Next up I talked to a very open hearted man who knew he wasn’t good and deserved hell, and came to understand the gospel, he said he would trust Jesus died for his sins today.  I then talked to a young lady who came to grasp the gospel.

Finally, I encountered a Christian couple with their son.  Their son wanted to answer my question… “you have to follow the ten commandments”. NOOOOO!  His Dad knew better and said “you have to be born again”.  So I asked, “how does that happen?”  We quickly got to the right answer, and I was able to point their son to it!

I decided to head down to Ara to finish the outreach there.  Straight away I was into yet another conversation with a “Christian”.  After going through the gospel with him, I asked when he last read his Bible, and what Church he was attending - he asked me if I had recommendations.  I told him to get in touch with me, yet I doubt I will hear from him.

I finished up with a bit of an apologetical tussle with a friendly young student - he heard the law and the gospel.

To finish the day, I spent two hours online, and had seven conversations - many of them wonderful.  The highlight was with some black lives that matter.  They warmed up to the conversation and heard the law and the gospel.  I challenged them to respond, but they said they already were.  So I asked them what they said they had to do to go to heaven at the start of the conversation - “be good”.  They could see that they weren’t trusting that Jesus had died for their sin.  They were very challenged.