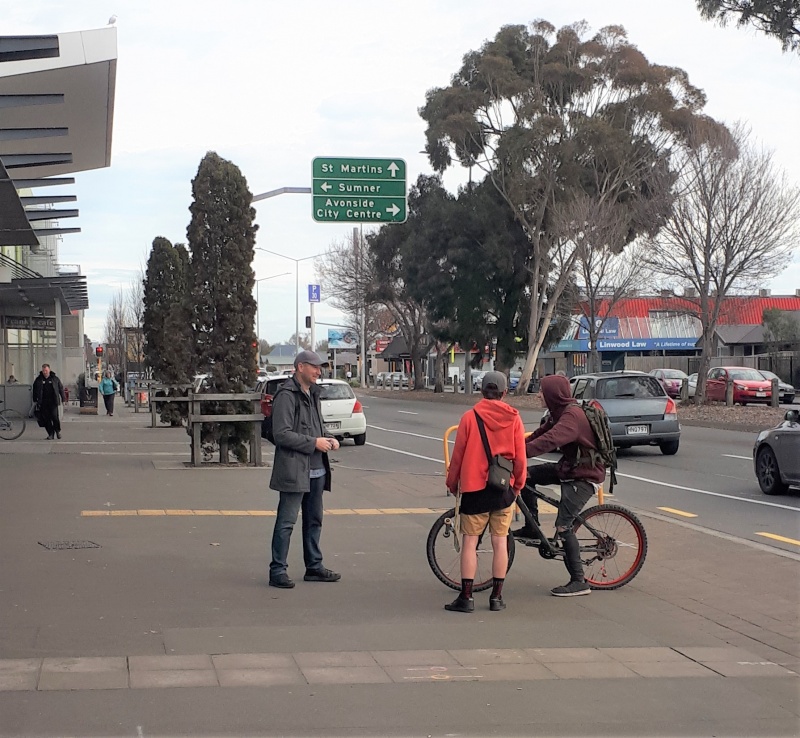 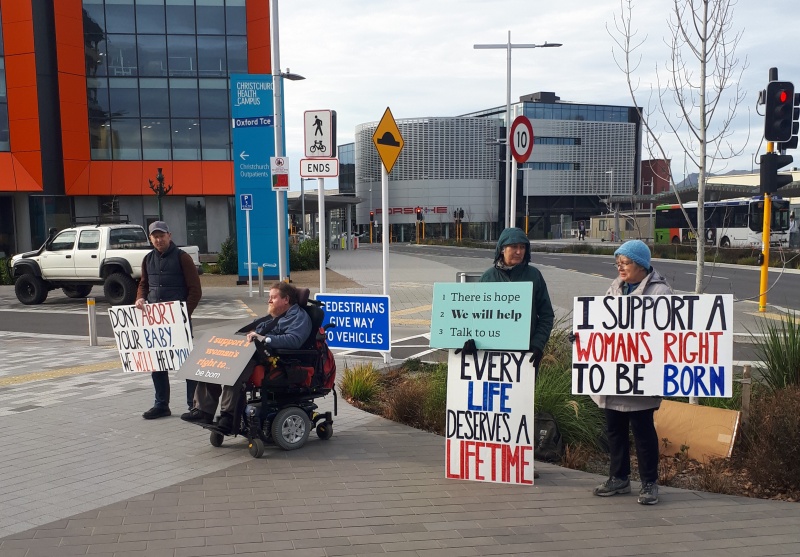 On Thursday I spent a couple of hours online before heading out to the bus stops.

I had one very sad encounter near the start.  I was connected to a girl who looked to be about 8 years old.  She wanted to show me something, and she showed me the private parts of a doll.  I was deeply saddened.  I said that this was not a good place for her to be, and asked if her Mum and Dad knew she was doing this.  I then heard a ladies voice say, “she is 13”.  Soon after they disconnected.  Very, very sad.  We live in a broken world that desperately needs the gospel.  I was sad that I didn’t have an opportunity to share the gospel with this girl and the lady.

I was connected to a guy from Mexico who didn’t have good English.  I gave him a link to needGod.net while I continued to try to communicate with him.  All of a sudden, I heard the voice of Ryan Hemelaar sharing the gospel!  It gave me a fright!  But then I realised this guy had gone to needGod.net and had started playing a video of Ryan sharing the gospel.  I chuckled to myself - the power of technology!

I connected with a kid who instantly started cussing me out.  I ignored it, and asked him what he thought happened afterlife.  Slowly he started engaging with me.  He was very sharp mentally and quickly came to grasp the gospel.  Part way through he apologised for swearing at me.  He said there was nothing stopping him from trusting that Jesus had died on the cross for his sins today.  So I challenged him to do that, after counting the cost.

One of the last conversations was with a very open hearted lady who came to an understanding of the gospel and was very thankful.

After this, Andy and I were at the Eastgate and Northlands bus stops for the afternoon.  There were two highlight conversations (of many).

Andy had a very special conversation with a high school student.  Comments from the guy, upon understanding the gospel, were “I’m totally blown away”, and “this has been life changing”.  How very, very encouraging!

The other one was a conversation I had with two high school students.  As they walked past I asked them, “Hey, can I ask you a question?”  They stopped and it turns out they were hardline atheists.  I suddenly had an intense discussion on my hands.  But I enjoyed it.  One of them did all the talking, while the other just listened.  Throughout the conversation I presented counter arguments to everything that was raised.  And over and over, I touched on the law and the good news of Jesus.  At one point, the guy who was listening piped up and said, “It’s really good hearing the argument from the other side”.  May God save them both for His glory!

Friday started with the gospel + abortion outreach, as usual.  The first half was relatively peaceful - I had a wonderful gospel conversation with a young man.  But in the second hour we attracted an emotional and illogical young lady who wouldn’t give up.  Sadly, we couldn’t reason with her, and she was completely closed to the gospel - I didn’t even try.  She ended up attracting two more ladies who wanted to give us a piece of their mind too.  I find the hatred difficult to deal with, yet in love we will persist.

I open air preached in Cathedral Square in the face of hecklers.  One of the hecklers did his best to drown me out.  It sounded terrible.  I tried to engage him, I tried to articulate my love in the face of hatred.  I did my best to moderate the sound of my voice so I could be heard, and yet not sound like I was yelling at people.  I’m not sure if I was very successful.  After presenting the gospel, I gave up and switched to one to one.

I approached a construction worker on the other side of the Square and it was a guy I had talked to the week prior!  We had a great follow up chat, and it was clear that he had been processing our last discussion.  He said he wanted a book where he could learn more about Christianity.  So I pulled out a New Testament and gave it to him with a gospel tract (different to the one he received the week before).  I also gave him a contact card for my local church.  I hope to see him again.

Later, Andy, Roger and I spend a couple of hours at the Bridge of Remembrance.

The highlight conversation was with an Indian guy with a Hindu background.  He heard the law and the gospel, and then I instantly moved into my first checking question.  His response was that he needed to be good to go to heaven.  Not surprised, I went back and re-explained the gospel.  The penny dropped, and a light came over his face.  I was encouraged, so I moved straight into another checking question.  To my amazement, his response was still that he needed to be good to go to heaven!  So I went back to explaining the gospel, in different ways.  I used a courtroom analogy where someone else pays our fine, and his response was, “but I would need to pay him back”.  I continued to labour, and then he said, “I’m really confused”.  The idea that salvation is a gift was so foreign to his thinking - I wasn’t surprised at his comment!  He finally said that he needed to get going, but he wanted to talk more about this.  We agreed email would be best and he sent himself an email from my phone so we could connect.

I finished the day of outreach with two hours online in the evening.  What sticks in my memory was the resistance and hatred I received in response to the hope of the gospel I was attempting to share.  With the help of God, I won’t give up. 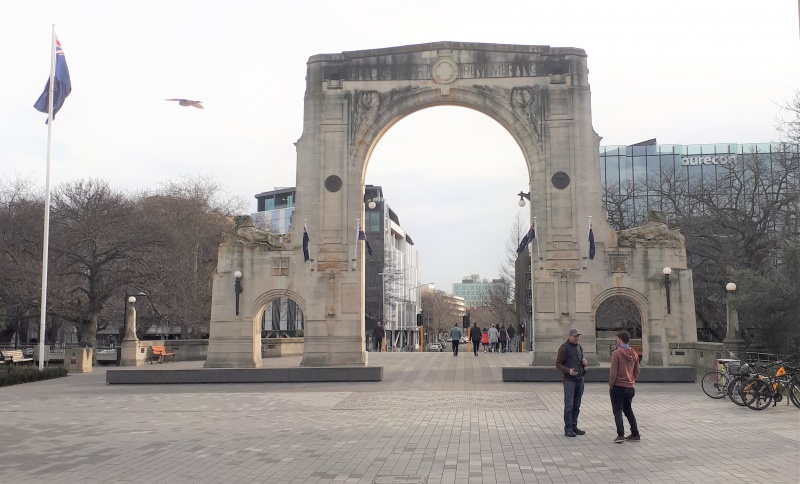 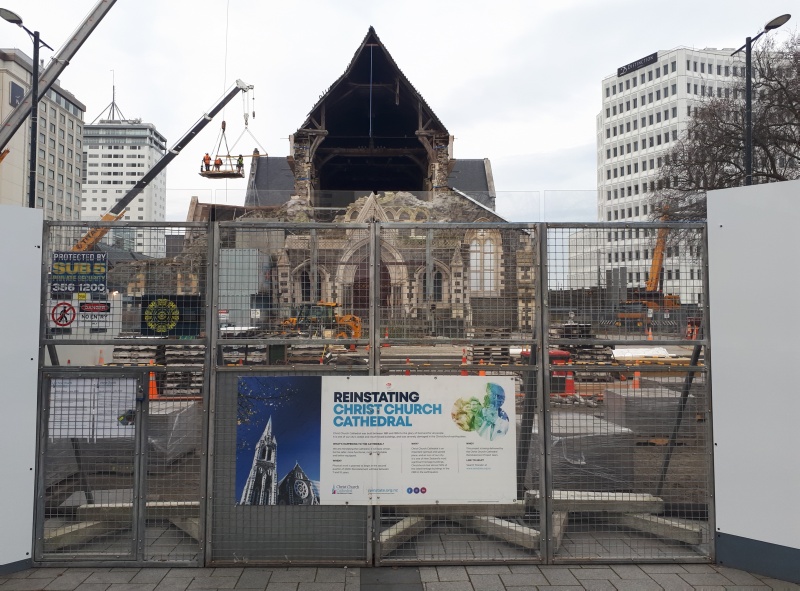