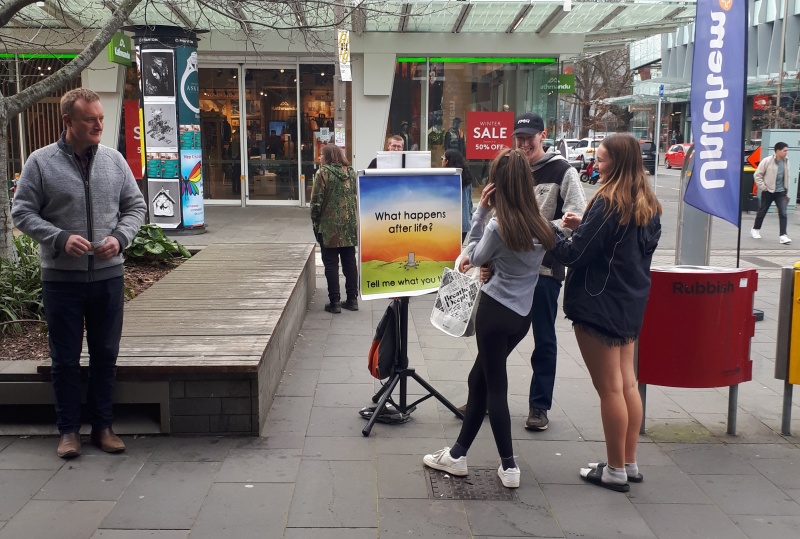 The weekend saw outreach in the central city.  And there were lots of people out and about on both days.  There were some free winter related events attracting people - which was wonderful, because it provided many gospel conversation opportunities!

And on Saturday, the longer the outreach went, the better those conversations were.  I’m going to mention the last four.

A construction worker was attracted by a local busking act, but ended up talking to me.  Once he realised I wanted to talk about spiritual things, he recognised me and said that I had already talked to him once down by the river.  From memory, I think that was during the last summer mission.  He remembered going through the law, but he didn’t remember the gospel.  So we spent some time focusing on that.  He ended up mentioning a relative who was involved with the WatchTower.  I used that as an opportunity to talk about the difference between a religion requiring works for salvation, and the grace of Jesus dying on the cross to pay our hell fine for us.  They penny really seemed to drop for him, which was really encouraging for me.

Next up I two intellectual types spot my flip chart and decide to take me on.  I was upfront with what the flip chat was about, and they appreciated that and we fell into an apologetical tussel, where I was about to keep touching on the law and the gospel.  They ended up disengaging, one refused a tract, but to my encouragement, the other took one.  It had been a draining conversation, but a very rewarding one.

A lady walked past from a distance but was staring at the flip chart.  I indicated that she should try it, and she decided to come over.  We had a long and frustrating conversation where she insisted that she needed to be good to go to heaven, and yet clearly understanding that she wasn’t good!  She ended up referring to an incident in her past where someone she respected had told her she can’t use God as a doormat.  I laboured to get her to see that we are saved by the grace of God, which would lead us to not want to use God as a doormat.  It was very encouraging watching her processing this vital information.

Finally I had an English couple stop, the guy was very interested in what “the good person test” was all about.  The conversation started talking about a mutual love: cricket, but they guy insisted I talk him through the good person test.  He was an atheist, but he believed in “family values''.  He and his wife came to hear why Jesus is good news and how God is the only basis for having family values.

So some very encouraging opportunities on Saturday!  And Sunday was just as busy.  A team of seven.

My first conversation was with a young couple who heard the law, but the guy became confused while I was explaining the gospel.  “A man has to die so I can go to heaven?”  I used the courtroom analogy to explain why justice is required, and yet how mercy can be given.  He was still confused, so I just flipped to the “Jesus fireball” page.  All of a sudden, understanding seemed to come - Jesus died on the cross for our sin.  They seemed open to what I was sharing, I challenged them to respond to the gospel, after counting the cost that would come.

Later, for the first time ever, I had someone arrested by the Police while next to my flip chart!  I was sharing the gospel with three guys, suddenly I had a strange man standing next to me and trying to interact.  It was difficult, but he ended up sitting behind me, and then he moved behind the guys I was sharing with.  All of a sudden, two Police officers were arresting him.  I have no idea what that was all about.  But I continued to share the gospel with the guys I was focused on.

Throughout the afternoon of outreach, there was a homeless girl sitting not far from me who was watching everything the team was doing (flip charting, handing out tracts, conversations).  Eventually she came over and wanted to try the flip chart herself.  We had a wonderful conversation where we were able to go through the flip chart in full.  It was also a great demonstration for the new team members watching.

It was a busy afternoon of outreach - a real team effort!  Well done team :) 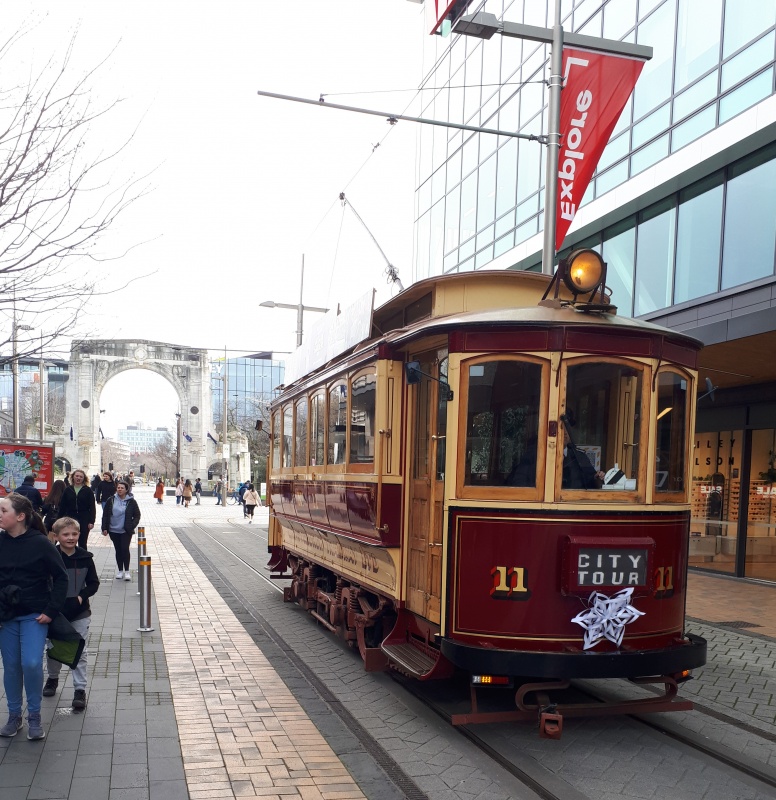 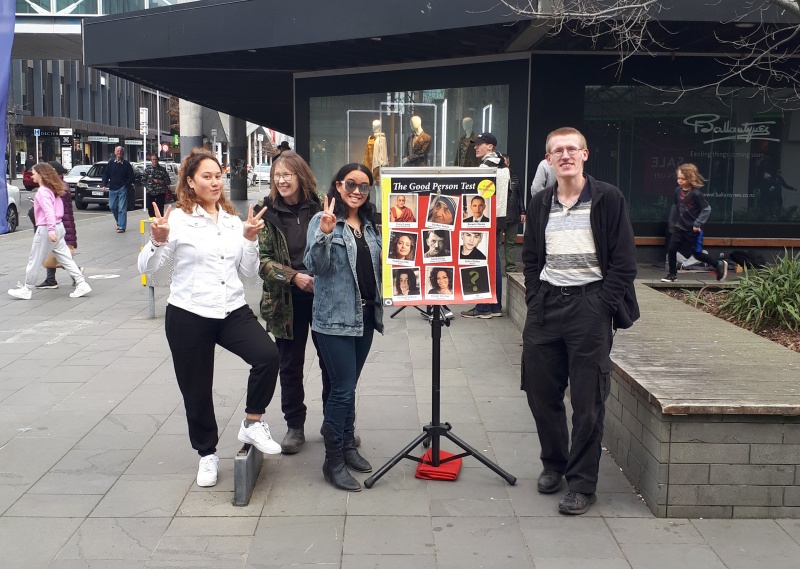