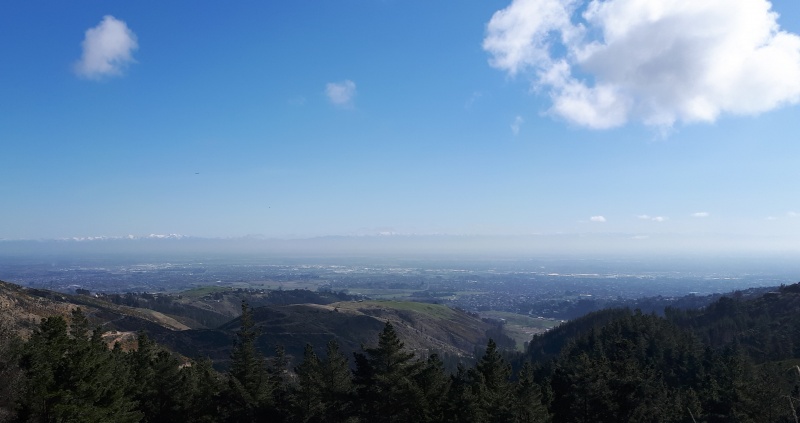 On Tuesday I started with some online outreach.  The overriding memory is talking with Christians.

There was one guy who didn’t fully understand the gospel.  He really appreciated gaining clarity on the fact that Jesus had fully satisfied the punishment for his sin.

Yet there was another guy who seemed to understand the sacrifice of Jesus for his sin, but not the repentance that would accompany it.  We spent a fair amount of time working this through.  I have no idea if this guy is a false convert or not (either way, maybe this conversation will be a catalyst of change?)  I pointed him to his local church for further help.  He thanked me for the conversation at the end.

I then joined Roger in Riccarton.  Roger ended up calling me over into one of his conversations - there were four of us involved when suddenly a fifth person joined in and wanted to try the flip chart!  He and I split off over to my flip chart and he was extremely open.  I made it all the way to the final page where we talked about the cost of accepting Jesus, and there was nothing stopping him.  It seems he is already involved with a local church, and yet he said that it was today that he fully grasped the gospel.

I saw some of the high school kids I mentioned in my report from a week ago.  The one who hugged me was still smiling, and still understood the gospel.

But later I had two more high school students (older) come past and show interest in the good person test.  They too made it all the way to the final counting the cost page.  One of them was not deterred after counting the cost.  I asked him to get in touch so I could connect him with a local church - I haven’t heard from him so far.

Wednesday I was in the city having one to one conversations.  I spent some time in Cathedral Square and then moved down High Street towards Ara - having conversations with people as I went.

Once at Ara, I had a divine appointment with a guy whose path crossed mine as we were walking.  He said he was a Christian, but said he would be going to hell!  He quickly gained clarity on the gospel and seemed to really appreciate the chat.

I finished the day’s outreach online.  My last conversation was with a young lady from Brazil who couldn’t really speak English.  Yet she wanted to communicate, so with Google Translate, I shared the gospel with her.  I ended up translating the whole of needGod.net and sending it to her.  She read it, and then in broken English said, “that is beautiful”.

(Pic, view of Christchurch from the Port Hills taken on my day off on Monday.)