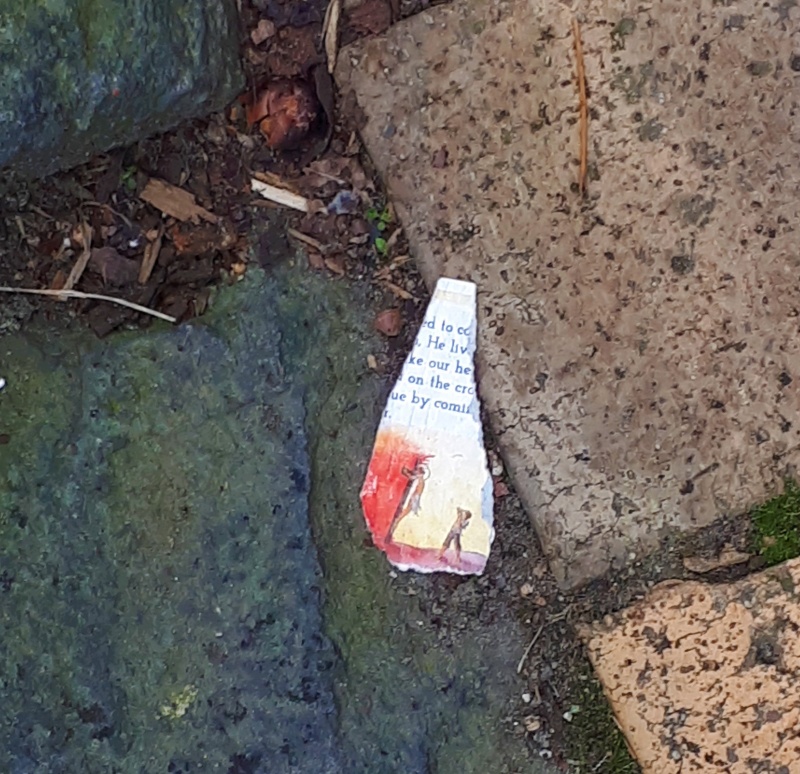 There was contrasting weather in Christchurch between Thursday and Friday.  Thursday saw spring start asserting itself.  It was hot enough for me to go from four layers to two!  But on Friday, winter fought back with a cold wind and rain.  But both days brought glory to God in His gospel going forth!

Thursday’s highlights were at the Northlands bus stops.  I had three wonderful gospel opportunities.

The first was with a young agnostic man.  I offered him a tract, which he accepted, and so I asked him what he thought happened after life.  He was keen to talk, so I sat next to him for a long chat.  Sadly, he was resistant - and yet he heard and understood the gospel (a final checking question confirming).  As we were parting ways, I said that I hoped he hadn’t missed his bus.  He said, “oh, two have passed, I’ll get the next.”  I was encouraged.  People really want to talk about the important issues of life.  People are starved of truth and hope!

Next up a young man was willing to stop to talk - he even seemed keen!  To my shock, he said I had talked to him two times before - I have no memory of it.  And yet the gospel obviously hadn’t stuck, so I went through it with him again.  He was extremely open - even after considering the cost of faith in Jesus’ sacrifice for him.  He seemed keen when I invited him along to a church meeting.  He left with a contact card - I haven’t heard from him yet.

Finally I had two guys go past - I had also talked to them before.  One of them became very engrossed in the conversation when he opened up about his Dad falling away from his faith.  It turns out he had had a very legalistic upbringing - a weight no one can bear!  We had a good chat about this, and the hope of the true gospel.  He seemed very encouraged.  I offered to meet with this guy's Dad over coffee to talk things through.

We had encouragement at the gospel + abortion outreach, read about it here.

We then moved into Cathedral Square for open air preaching.  The food and market stalls weren’t there, and the hecklers pretty much left us alone, so we were about to preach the gospel freely to the people walking past.

A team of five then gathered down by the bridge of remembrance.  By this stage it was raining.  Roger found a sheltered spot to set up his flip chart.  We spent an hour in the rain doing our best to share God's grace.  We did get a number of opportunities.

I ended up spending the rest of the day in online evangelism.  I ended up having three great opportunities to talk to people from the Philippines, all of who had a Catholic upbringing.  As I was explaining the gospel to one of them he said he felt very confused - I took that as a good sign that I was making progress - it is very confusing thinking you have to keep the commandments all your life, and then someone tells you we are saved by grace through faith!  I continued to labour to bring clarity to this person. 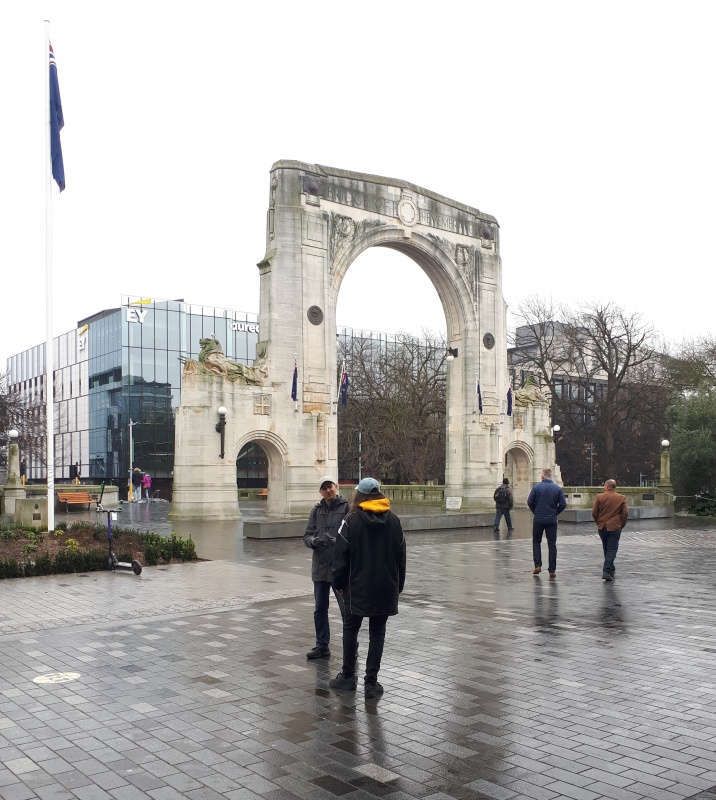 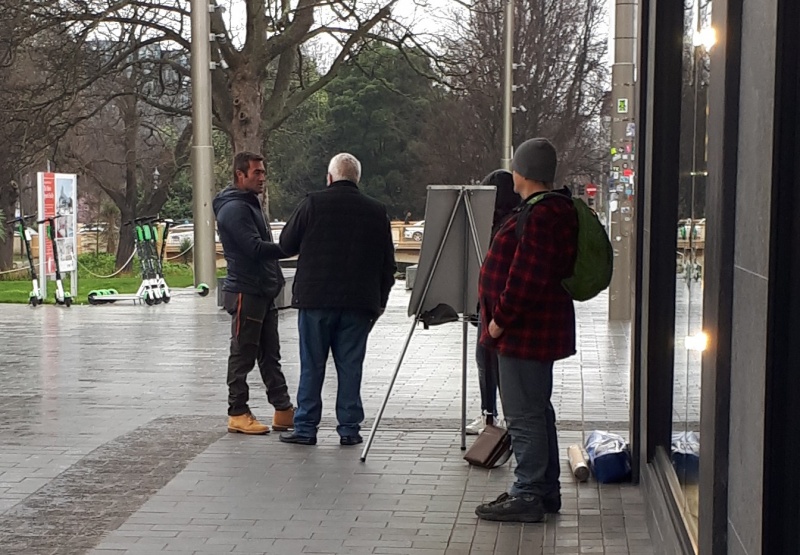