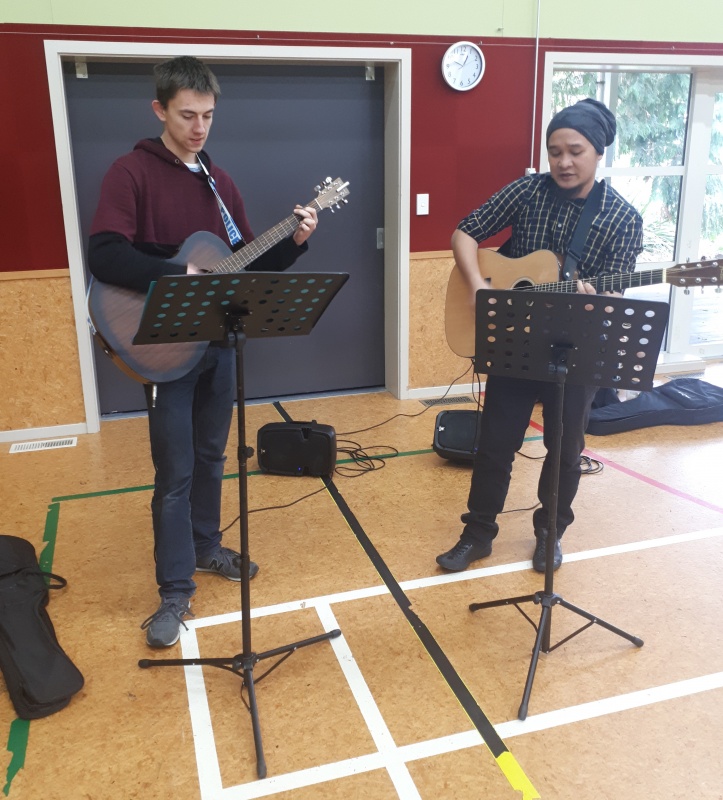 Back to nice weather on Saturday in Christchurch (NZ).  After Andy and I interviewed James White for the Tell Me Evangelism Conference I headed into the city for a couple of hours of outreach.

There was lots of activity at the Bridge of Remembrance - it’s now my favourite spot for Saturday outreach.  As well as me, there were three other religious groups there - one I haven’t seen before.  It turns out the leader had lost his father in the Mosque shooting last year! :(  And yet he wasn’t there to promote Islam, but protest the government, and talk about conspiracy theories.  At times they had loud music with bad language - not so pleasant.

When you do a lot of street evangelism, you get a feel for the demographics that seem more likely to want to chat.  But you don’t rely on that, because you’ll often be surprised who wants to chat.

I had a lady stop who really wanted to chat and she quickly opened up about involvement with a cult that she had been excommunicated from.  And yet she seemed to have unresolved guilt that she was desperate to resolve.  In the short time I had with her I focused on the grace of the gospel without compromising the reality of the cost.  She accepted a tract as she moved on.

I had another couple walk past that surprised me when he accepted a tract.  I asked them what they thought happened after life, and they stopped to talk!  She was an atheist and he had a Mormon background.  It was odd, cos they wanted to stay, and yet it seemed too hard and they bailed.  But he did keep the tract!

Later in the afternoon I joined the Aussie team for some online outreach and I got to speak to some really interesting people about the gospel!

Firstly there was a Muslim guy from Nepal - very reserved, and yet he didn’t disconnect.  I talked and typed, he just typed.  We had a mutual connection in our enjoyment of Cricket and talked of that briefly before moving to deeper things.  He had an “ah ha” moment about the gospel, and said “wow”.  Later he said he was “intrigued”.  I left him with needGod.net.

I then was connected with a guy from Ethiopia!  He was Ethiopian Orthodox, something I’ve not encountered before.  He didn’t understand the gospel.  He mentioned Mary in his explanation of how he gets to heaven through his works.  And he wasn’t open to the gospel I was presenting, I slowly worked through his objections - but he became stubborn.  I became quite forceful with him, trying to wake him up.  I was pleading with him, when he disconnected.

On Sunday afternoon I decided to Join the Aussie team online again so I could stay late after church to sort out some Tell Me Conference organisation.  Pictured are the guys who were practicing for leading us with worship in song.  Thanks for your time guys! :)

It was a practical training outreach, and I was paired with the wonderful Grace!  We had a wonderful time observing each other's gospel conversations and offering feedback for growth.

We both had some difficult conversations, we both had some good ones too.  The highlight one for me was with two young men who I would never have picked as Muslim.  They were both blown away with the gospel - very, very encouraging.  I laboured on the cost of accepting the gift of Jesus, and yet it didn’t seem to distract from their understanding of that gift.  There didn’t seem to be anything stopping them from responding - I pleaded with them not to shelve what I said, but to respond to the gospel!