On Tuesday I was online sharing the gospel before heading to Riccarton for a couple of hours.  I spoke to a lot of high school students.

The first kid barely stayed initially, but as the conversation continued, he became more engaged.  He heard the law and gospel.  He opened up about being a Buddhist and we were able to talk about that some before he finally moved on with some gospel tracts.

Next up I had three guys stop.  They made it all the way through the flip chart - including the counting the cost page.  One of them said that nothing was stopping him.  They didn’t have any questions, but I asked him to get in touch if he did.

The next guy also made it all the way to the last page of the flip chart.  I used some examples to explain the cost of accepting the gift of Jesus - the examples hit home, and he started to really understand what I was meaning.  I challenged him to respond to the gospel and left him in God’s hands.

The last conversation of note was not with a high school student.  It was with a man originally from Chile.  He was engaged right from the beginning.  He didn’t like “ism’s” (e.g., atheism, communism, Buddhism, etc.)  He felt that it was used by powerful people to control.  Starting from here, I was able to share the gospel with him.  He rejected it, and started fighting against it.

Interestingly, while I was talking with him, four teens sat across from us and started listening to the conversation.  It was like they wanted to talk, but were waiting their turn.  They eventually left - I was able to hand one a tract though.

Wednesday was a nice warm spring day.  I went into the city before going online afterwards.

I headed for Cathedral Square first.  There was a preacher getting severely heckled - it sounded terrible, but quite a few people were hanging around watching.  It ended up being a gold mine of gospel conversations.  There were two other Christians out (from different ministries) as well, so we were all sharing the gospel.  I had about six one to one gospel opportunities.

The first was with a Christian lady who was enjoying the sun and listening to the preaching / heckling.  She was lovely, but when asked why she is going to heaven, she pointed to her obedience!  I explained that we will want to be obedient, but why can we be forgiven - she drew a blank.  I was able to explain the gospel to her, it was like she had never understood it before.

I then shared with a young couple with a young family.  They had been listening to the preaching, but hadn’t understood the gospel yet.  When I explained it, the guy came back with “that makes sense”.  He seemed relieved.  Yet I was careful to help them understand the cost of the gift.

A construction worker rejected a tract but was open to chat about the preaching / heckling.  He heard the gospel and seemed very open.  He had to head back to work - he took the tract the second time.

As much as I disagree with the preacher being a lone ranger (not connected with a local church), the heckler was getting really nasty - and demanding evidence.  I decided to take him on and explain why he didn’t need evidence - that he already knew God exists.  He wouldn’t let me speak.

But he did calm down, and started talking directly with the preacher instead of yelling at him and calling him names.  I was grateful for that.

One of the other Christians (who is associated with a local church) took the opportunity to preach (pictured).

The highlight conversations from my time online was with a young Jewish lady who had been through some terrible stuff and was suicidal.  She gently argued with me, but I was able to slowly work through the gospel with her (she wanted to hear it in the end).  Eventually I ended the conversation.  And it was then she changed tune.  She apologised for arguing (she didn’t need to - she was fine), and said she would check out needGod.net.

My last conversation was with a Muslim from Egypt.  I focused on how God can be just and merciful - something that Islam can’t explain and Christianity can.  During the Tell Me Conference, James White had talked about a particular Hadith that leads to the gospel.  This guy brought up this very Hadith!  And I was able to use it in our conversation!  But sadly, he was resistant to the gospel. 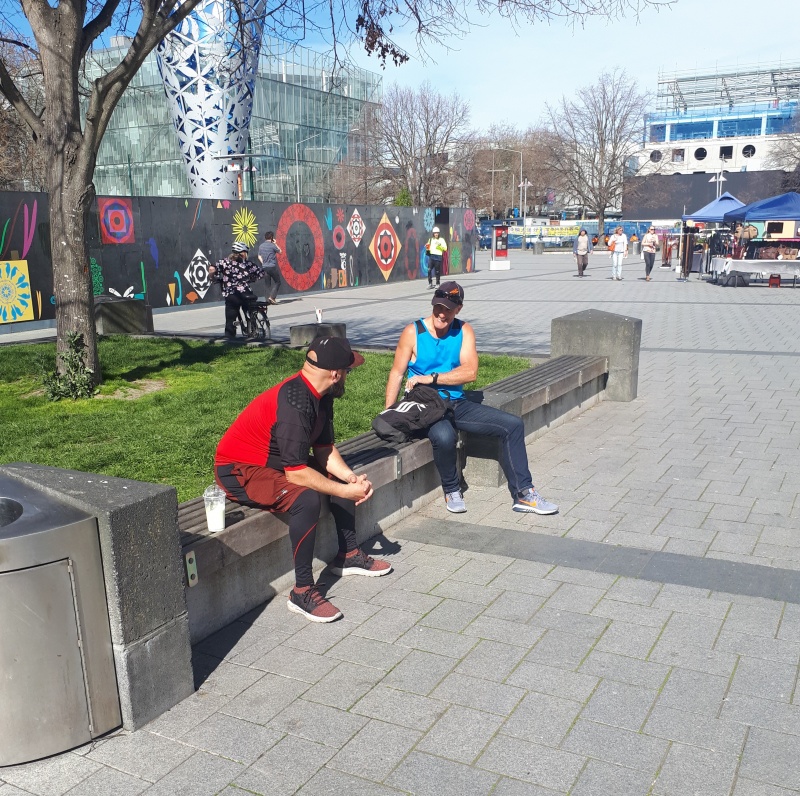 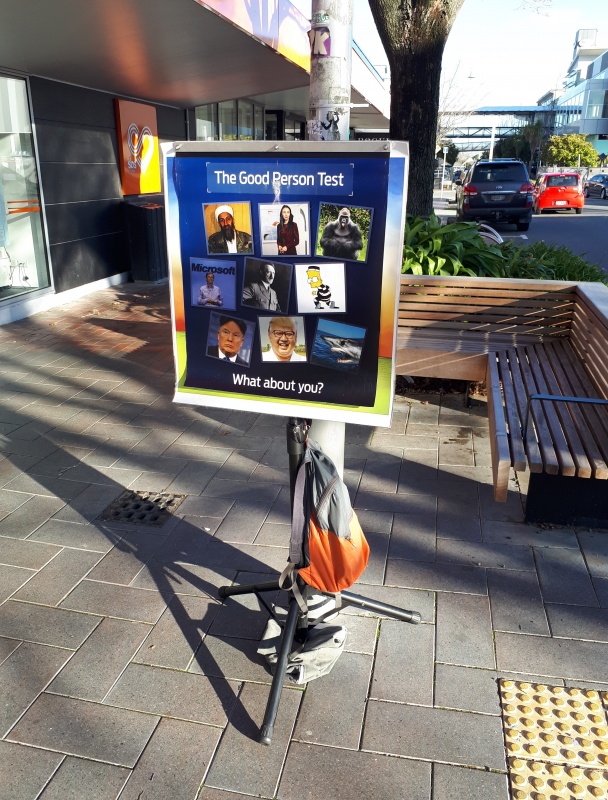