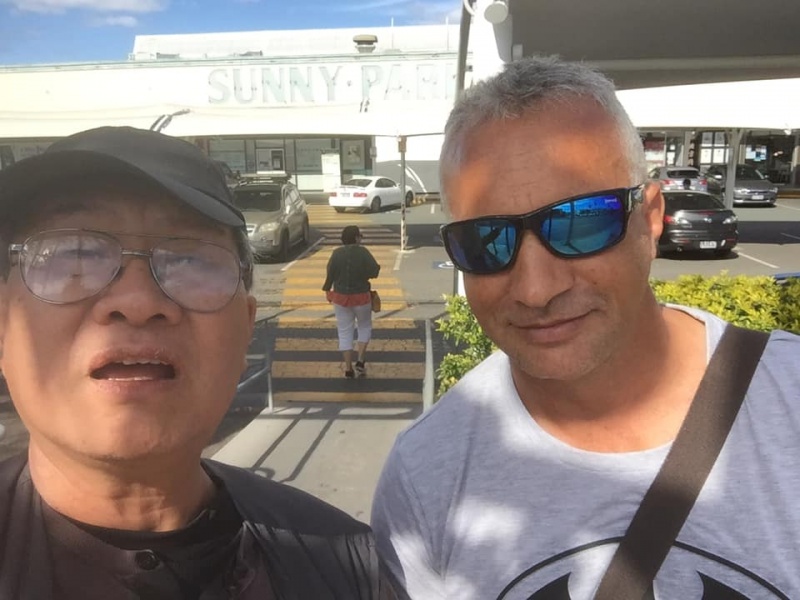 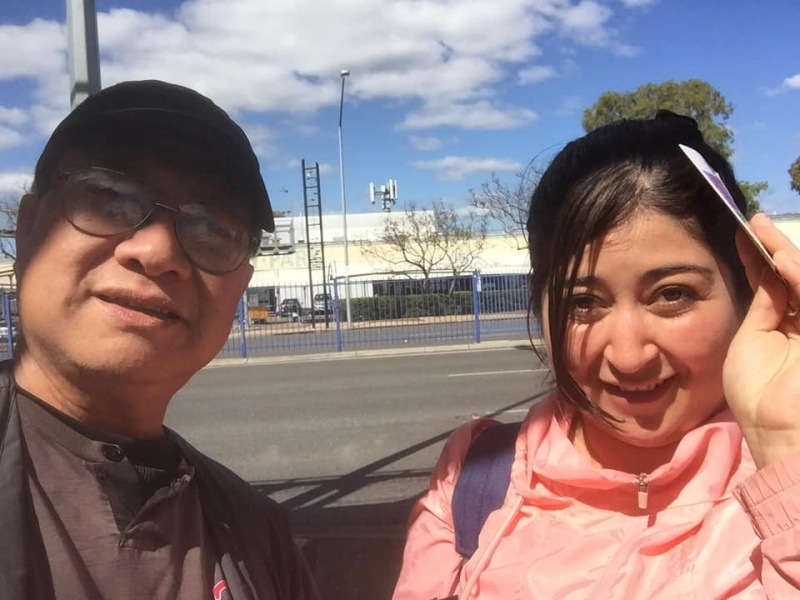 Today was a sunny day fine for street evangelism, though there were only the two of us , Johnny and Hung working as a team. It proved well later that God made best use of our team work to stop some initial reluctant passers by to the first approach by Johnny but somehow changed their mind to stop by my 2nd approach. It is time and again the witnesses of how God works miraculously amongst us to reach out and touch people as chosen by God himself. We are always a vessel emptied for the service of God as He deems fit. Both of us had almost non-stop consecutive divine appointment to chat. Johnny comparatively had more longer conversation. I recorded below were the 9 divine appointments of mixed results but still serving the purpose of God beyond our full comprehension: -

1) Nadia a Mexican Catholic young girl coming here for one year English learning but has been detained here because of Covid-19. She initially did not want to stop as she is going to meet someone. But I asked for permission to shared the nutshell of Gospel by walking her across the pedestrian bridge. Finally she was moved to stayed for a much longer time allowing me to first shared the basic gospel message then tackling all doctrinal question resulted from her Catholic background. At the ned, she took a selfie with me as a gesture of her great appreciation for my explanation and clarification to her questions. I was able to identify with her because my father was born in Mexico.

2) Rejected to stop by a Chinese girl but God still moved her to take my tract which she initially rejected to take it from Johnny.

3) Zaire is a Filipino Catholic girl. She only has 90 % assurance of salvation as she deems not yet good enough to go to heaven. This is the common misunderstanding by most of the Catholic Christian. She finally got it right after being asked checking questions.

4) A Muslim man excused he was in a rush but still stopped by my questions to have a brief chat. I quickly touched base on the nutshell of gospel on sin and Jesus salvation. Pray that this will serve well for continuous work of God on his life.

5) An Indian lady took the tract but did not want to chat. I could only let go and trust that the tract will do the work of passing over to her the word of God.

6) Daniel and Victoria a pair of Vietnamese boy and girl friend with a cross ear ring but do not know the meaning of the cross. After clarification and listening the full Gospel, they agreed it is logical that we all need Jesus. I use the triangular relationship of marriage with God as the head that in future when they are married, their marriage would become much closer when they individually get a deepen relationship with God towards complete oneness in Christ.

7) Fiona a nonbeliever from Shandong who again claimed to be in a hurry, but she let me walk with her across the bridge to hear the gospel.

8) Mr Li is an old Singaporean of Cantonese speaking background. He initially responded rudely to Johnny's question if he knew where would he go after death. He felt challenged and offended as such he replied rudely that as a person without any religion, he is OK to go to hell. Somehow, God made him feel bad for his rudeness thus he voluntarily stopped to chat with me instead to explain his position against Christianity. He himself is considered a Buddhism follower which he understands well that Buddhism is not a religion but way of life towards self perfection. I gave enough room for him to speak and express his skeptics against Christianity so that I earn in exchange the chance to share the gospel as well as addressing all his questions against God and Christianity. He eventually had to leave after 15-20 minutes chat with his wife left already for a clinic appointment.

9) A Christian by the name of Christian of PNG/Irish mixed blood thought he knows well about the Bible and was proud of his spirituality having seen many vision from God as such he rejected Johnny outright not bother to stop and share. But some how, God moved me to approach him immediately and somehow he stopped to chat. Our conversation last almost over half and hour. He claimed to have faith in Jesus but when asked if he has full assurance of salvation. He answer 90 % but later, I found out that he actually thought his 90% certainty was basing on his action love deeds. God guided me to turn around his twisted understanding of Jesus redemptive grace by not ridiculing him but showing him the right version of real salvation by grace through faith. I complemented his effort of pursuing for deeper spirituality experience in God, but in the mean time correcting his thought that any Charismatic experience has nothing to do with salvation but only serve to boost his love for God. My empathy with his charismatic background earned me a much longer time to share the gospel as long as I wished. Actually I was the one to close the conversation after all queries were clarified and needed advice (warning) were given. May God continuously guide this man by the name Christian to really become a world Christian. 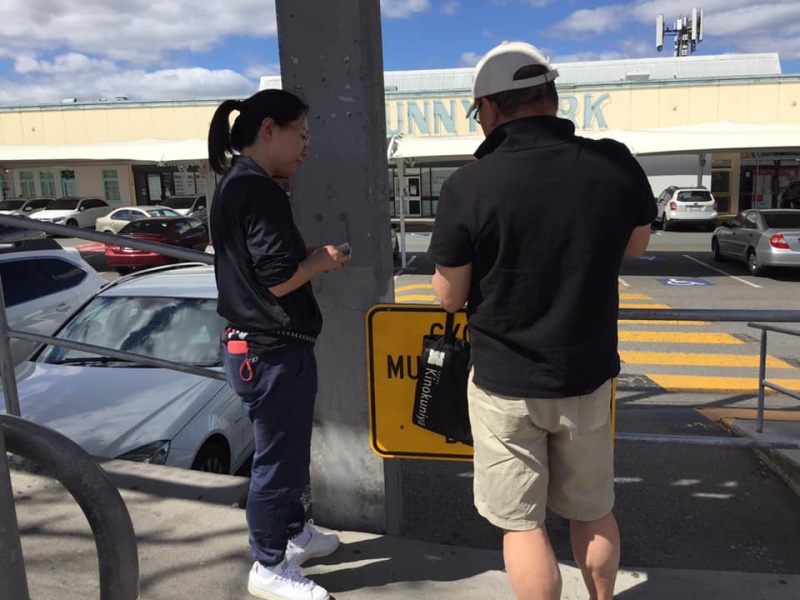 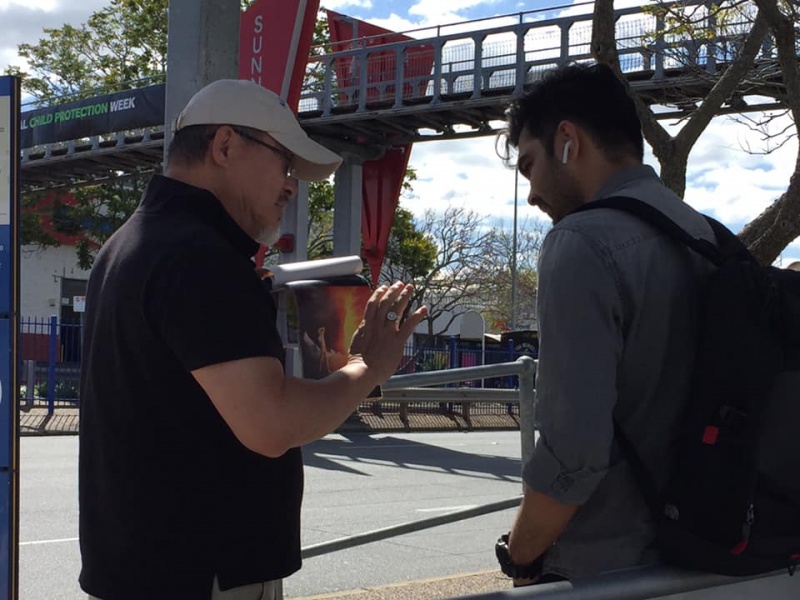 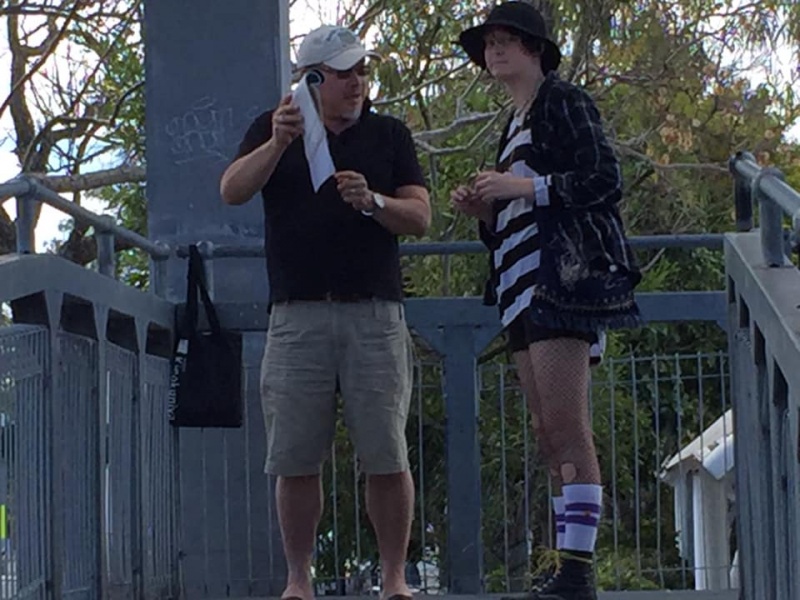 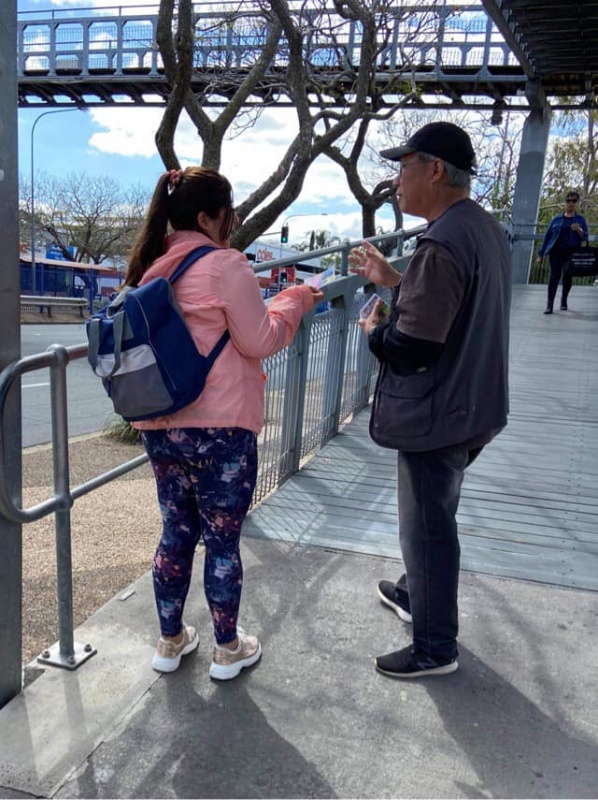 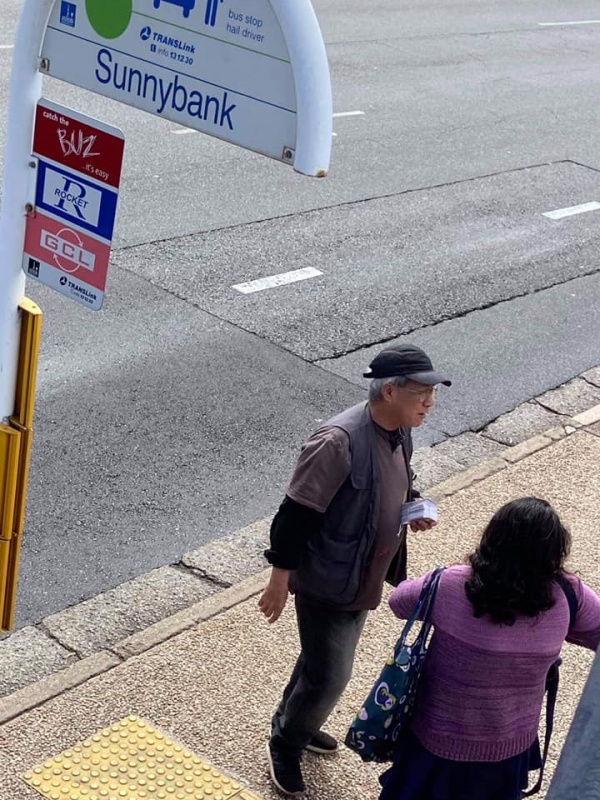 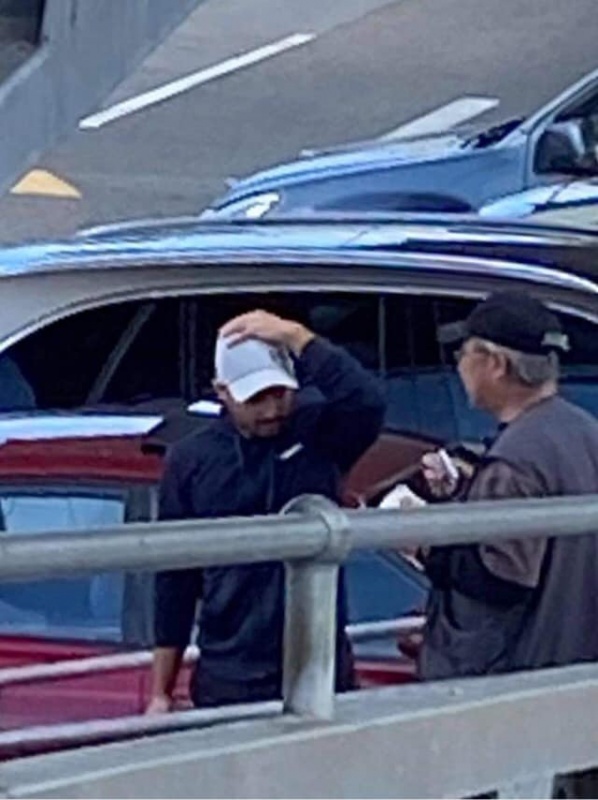 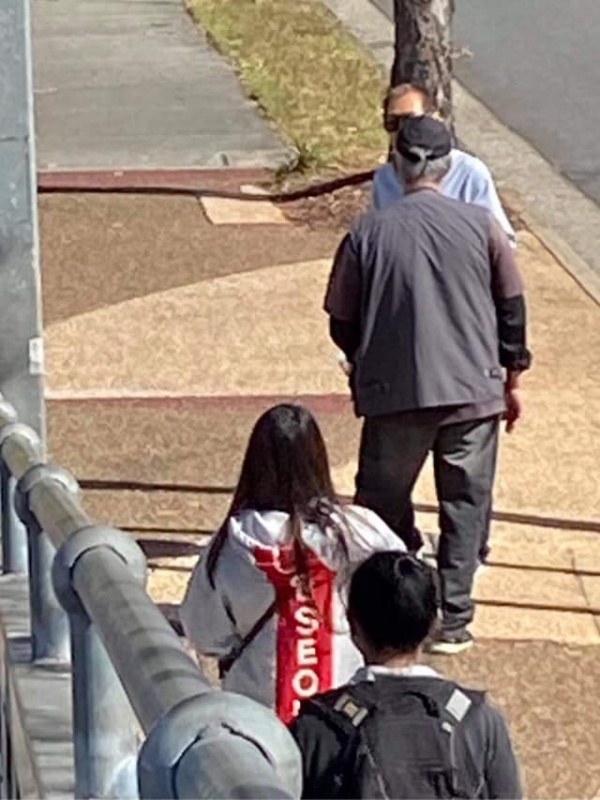 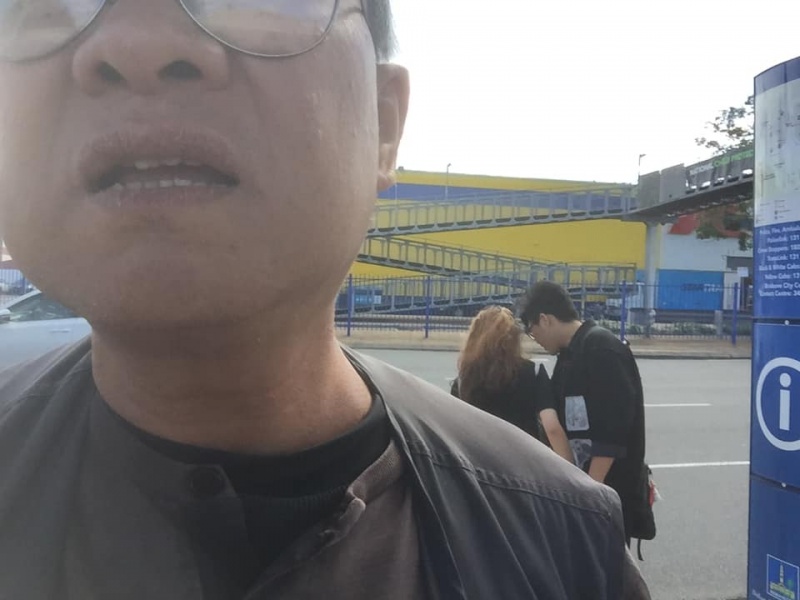 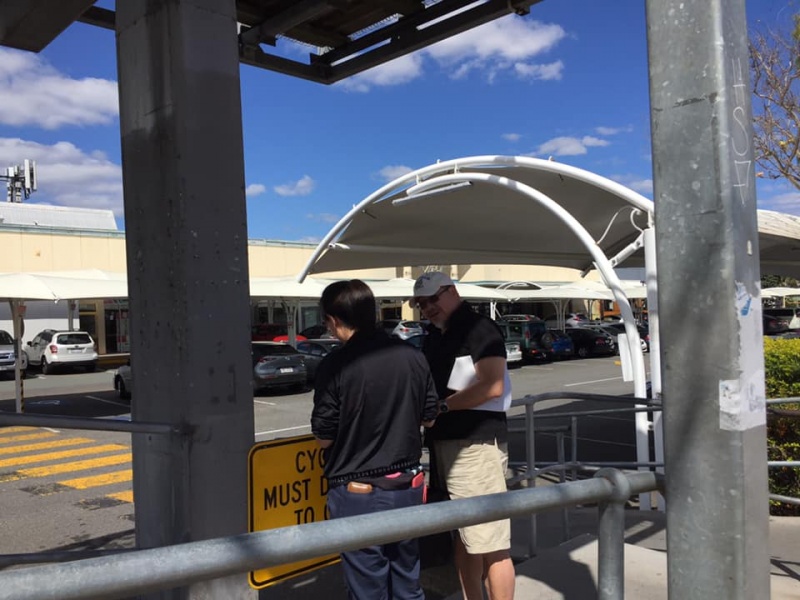 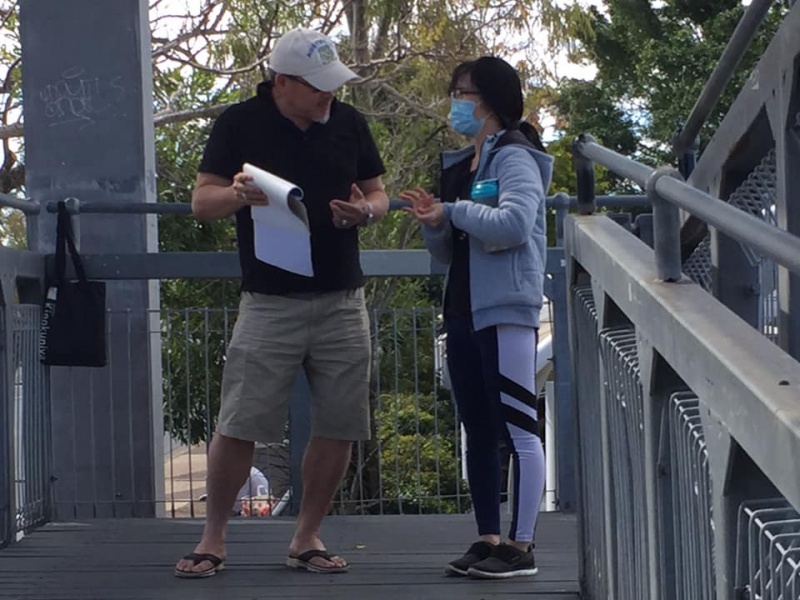 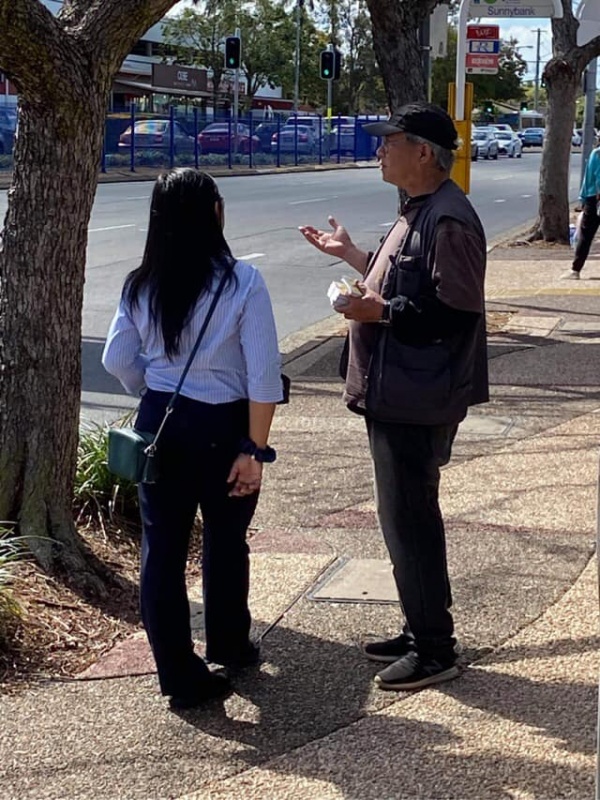 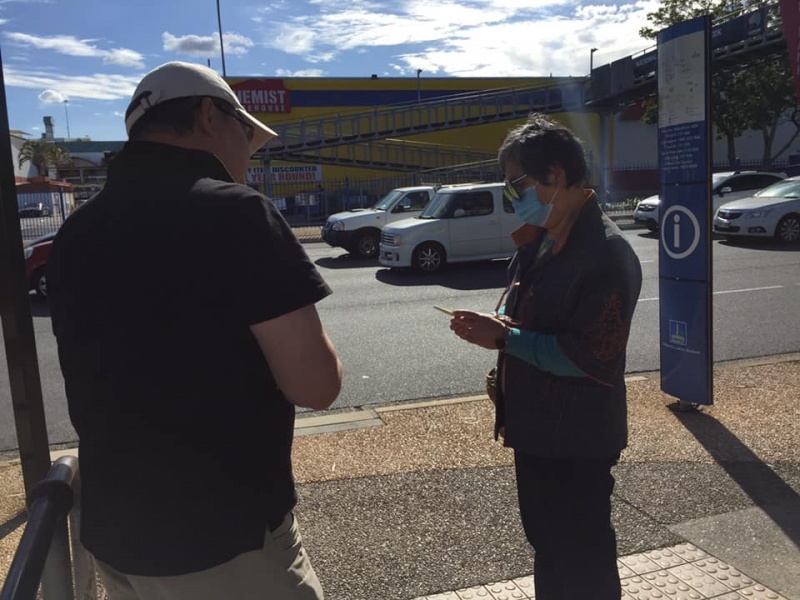