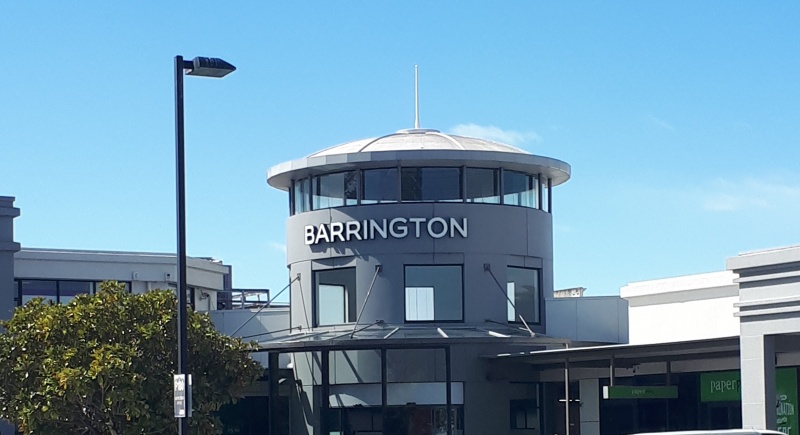 All but one of Tuesday's conversations were online.

I had a fascinating conversation with a man who had a trip on drugs a year ago.  In six hours he apparently lived the whole life of a man in Michigan who was married, had three kids, was a plane mechanic and died at eighty two!  So now this guy believes in reincarnation!  We talked about why we shouldn't trust our feelings / experiences (esp. when altering the mind like he did).  We then talked about why we should be terrified of the afterlife.  He bailed at that point.

Later I talked to a kid who also believed in reincarnation.  He responded well to simple apologetics.  I took him through the law, and started explaining the gospel, when a notification came through on his phone.  It broke the flow of the conversation and, sadly, ten seconds later he disconnected.

The last conversation of the morning was with a couple from Argentina.  He didn’t speak any English, so she translated for him.  I was also able to use Google Translate.  Sadly, they were very resistant to what I was saying.

In the afternoon I was intending to try a new outreach spot: Barrington, and then move to Riccarton.  I made it to Barrington.  It was a sunny day, but it was very windy, and bitterly cold!  The wind was icy!

As I suspected, Barrington wasn’t an ideal outreach spot, the bus stops were small and there was no one spot with a good flow of people going past.  And yet I was able to get into one conversation with an elderly gentleman who was Catholic.  It was a good conversation, if not a little unconventional.  I was able to take him through the law and the gospel - but he was outwardly set in his ways.  He wasn’t going to take a tract, but he eventually did.

By the end of that conversation, I decided to get shelter from the wind and cold.  Maybe God wanted me to head out to talk to that one man on the streets?  Because I ended up heading home to continue the day's outreach online.

My first chat back online was with a group of people sitting in their lounge.  To my question: “What do you think happens after life?”, one of them responded instantly with: “Haha, are you trying to prosthelytize on Omegle?”.  I could tell this was going to be a good discussion - and it was.  I was able to share the gospel.  But sadly they were all very resistant.  One of them started talking about the “abuse” of her Christian upbringing.  I just felt grieved.  I shared my upbringing and conversion experience as a contrast.  It seemed to hit home, because they didn’t really have anything to say after that, and the conversation came to an end.

I was able to share the gospel with a kid in the Philippines.  He had pretty much no English, so the gospel was shared thanks to Google Translate.

Some kids from Brazil didn’t stay long enough for me to get Google Translate up.  I then had a lady say to me: “can you give me some money?”.  When I said no, she responded with, “well, you are useless” and disconnected.  :(

I then had a chat with some teens who were using fake voices and no video.  Their mocking didn’t diminish, so I didn’t share the gospel with them, although I did point them to needGod.net, before I disconnected.

I did have two really good gospel chats after this, and before the day's outreach ended.

On Wednesday I headed to Cathedral Square to start my outreach.  I usually go from there towards Ara.  But today I never made it further than that.  I had three outstanding conversations.

The first was a long gospel chat with a guy who had fallen on hard times financially.  When I was using the fireman analogy, he instantly identified, as he had been in a house fire!  Outwardly he didn’t seem too interested in the wonder of the gospel I was sharing - but I marvelled at it, all glory to God for his wonderful mercy.

After this, I walked straight into a conversation with a guy who was waiting to talk to me!  He was a Christian (and gave a really good explanation of the gospel and how we are saved).  Yet he was anxious about what was happening in the world and the end times.  I ended up explaining how we can be ready for what comes: trusting that Jesus died for our sins!  And then I explained why we don’t need to be anxious.  I read him Matthew 6:25-34 with emphasis on verse 33.  I then finished the discussion by inviting him to join me on the streets in outreach!

The final conversation was a follow up with a guy I first talked to in Riccarton a week or so ago.  He was a deep thinker who was resistant to the obvious reality of God.  We had a good long apologetical conversation where I circled back to the law and the gospel often.  He is heading back to Chile soon (on a cargo plane - no passenger planes go there anymore!) - God willing I will see him again.

When I realised how late it was, I rushed back home to join the Aussie team online (I forgot about daylight savings, initially).

I had a fifty four minute conversation with a fifteen year old guy who seemed to be a recent convert (he also had a good understanding of the gospel and salvation by grace alone through faith alone), but he was struggling with sin.  I hope I was balanced in my advice to him: I tried to make it clear to remind him that salvation is a gift, and yet I told him he needed to take drastic measures in dealing with sin in his life.  It was a very encouraging conversation for me - he was handling the advice really well.  I look forward to seeing this young man in heaven one day!