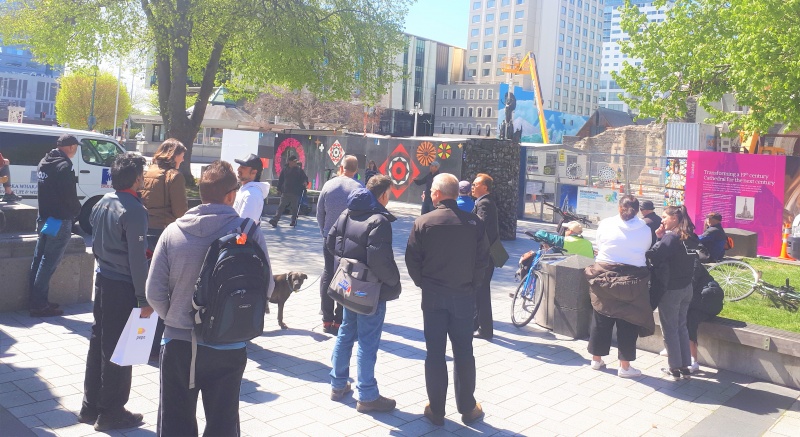 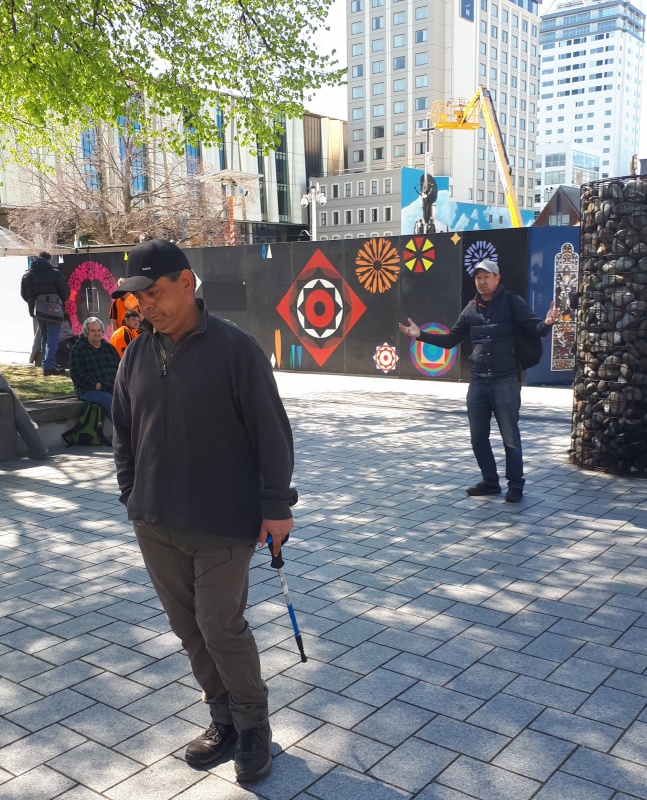 On Thursday I was online for a couple of hours before joining Andy at the bus stops.

I had conversations with many, but a highlight ws with a young Buddhist girl living in Switzerland.  I talk to her for over twenty minutes.  She became curious of the logic I was laying out for her.  It turns out her mum is becoming interested in Jesus and has started attending a church.  I suggested that maybe her mum is praying for her - and that our conversation was not a coincidence.

I also had a text based conversation with a person who simply couldn’t grasp the idea that she was a bad person!  I had to be really patient, but the penny finally dropped:

Stranger: everyone's not perfect and everyone lies..
You: Right, so therefore there are none that are good. That is exactly what the Bible says.
Stranger: OMG your right
You: If i compare myself to a murderer - I'll look good. But if I compare myself to God.... I'm a very very bad person.
You: Make sense?
Stranger: yes
You: So, if you died today, and God judged you by perfection, would you be innocent or guilty?
Stranger: guilty
You: Heaven or hell then?
Stranger: hell
You: This is the bad news. But there is good news. Does it concern you that you would deserve hell if you died today?
Stranger: yes

They heard the gospel before they had to go, I left them with a link to needGod.net for follow up.

The bus stops were quieter than I expected, and I was also feeling really tired for some reason.  I really had to pace myself through the afternoon.  I know I talked with many about the gospel with many - but I can’t remember any specific highlights except that I saw one of the people I had talked to the previous day.  I keep seeing this person.  I wasn’t able to talk to them again, as they were walking past when I was already in a conversation.  But this person is on my heart - I am praying for them.

Friday we were outside the hospital in the morning for our usual gospel + abortion outreach.  A relatively quiet outreach - which was a relief.  Andy had a long conversation with someone at the start.  I started praying that the man’s heart and mind would be open to the gospel - strangely, right at that moment, he started becoming resistant and he left soon after!

The highlight of the day was the open air preaching in Cathedral Square at lunch time.  There were a lot of people around.  Andy preached after me and attracted a great heckler (pictured).  Without being arrogant, Andy took this guy to task - and the crowd started to gather.  The heckler got angrier and angrier, but Andy calmly stuck to his guns and would cycle back to the gospel appropriately.  Eventually the heckler walked off, and Andy was free to speak to the gathered crowd.  In the meantime Christians were having conversations with people on the periphery.  Glory to God for the wonderful opportunity!

A team of seven in Cashel Mall afterwards.  Lots of great opportunities to be a witness for Christ.  I have three highlights:

One of my regulars came past and stopped for a chat.  I’ve been talking to this guy for well over a year.  The last time I talked to him, I was urgent with him.  But this guy seems completely blind to what I’m saying.  He hadn’t been thinking about what we have talked about in the past, and he couldn’t remember the gospel!  So again, I shared the law and the gospel, and pleaded with him to “wake up”.  He took some new tracts to add to his collection back at work (he says he reads them).  Lord, have mercy.  Regenerate him - wake him up!

Near the end of my time flip charting, I had three people walk past.  I asked if they would like to try the good person test - totally expecting them to ignore me and keep walking.  To my surprise, one of them beelined for me and walked right up to the chart wanting to give it a go!  Of the other 2, one was curious, the other didn’t want a bar of it and eventually walked down a bit to sit and wait out of ear shot.  The two that stayed were open to the gospel message, and appreciated the new information that contradicted their Catholic understanding of things.

As the outreach was wrapping up, I was surprised to have another of my regulars stop and ask to catch up.  This person is not a Christian, and yet they wanted me to pray for them!  What a privilege!  I did so, and we talked for about twenty minutes.  I will continue to pray for this friend.

I finished the day with some online outreach.  I was able to speak to a number of Christians (or false converts, you can’t tell which).  In one conversation I preached at the choir encouraging them to share the gospel.  In the other conversation, the guy was wrestling with sin.  I was able to bring the balm of the gospel as well as be able to urge this guy to take drastic measures to deal with his sin.  I pointed him to his Bible and local church.  I finished the conversation by praying for him.

Lord do your work!  All glory to you. 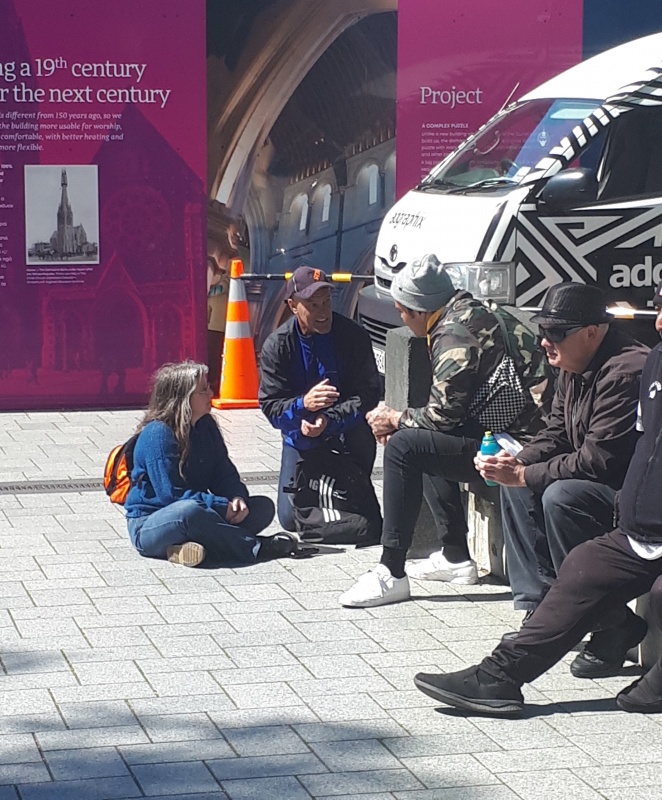 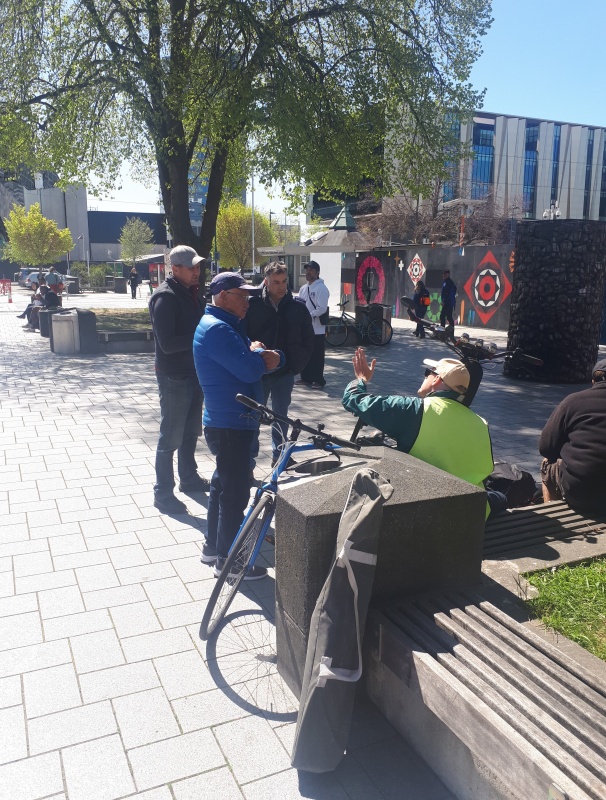 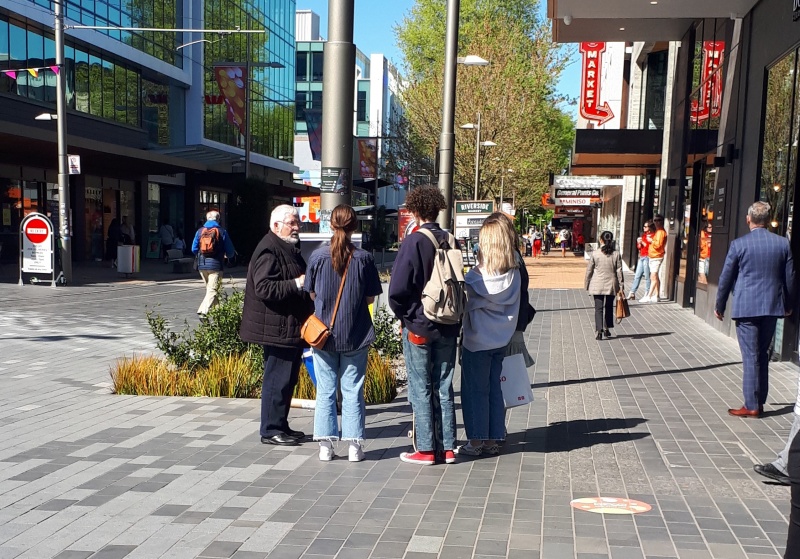 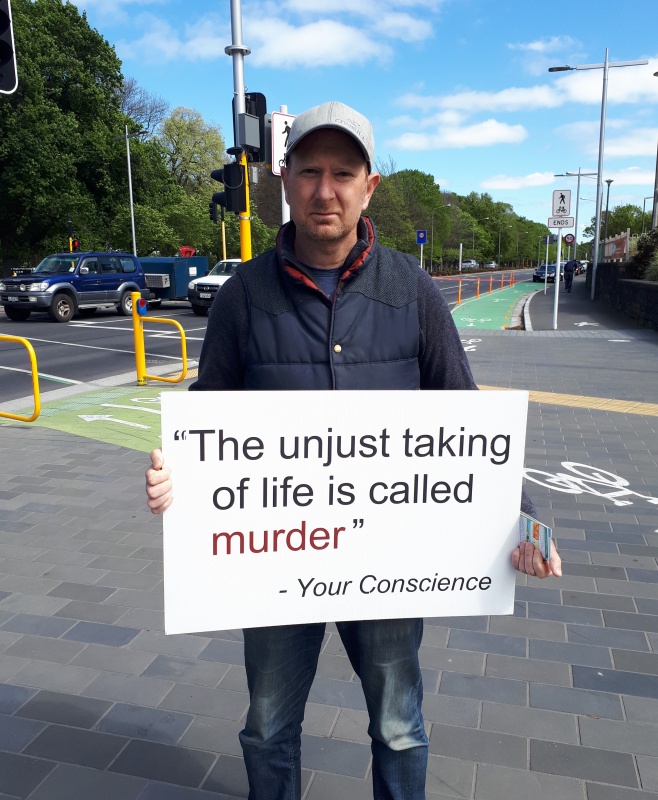