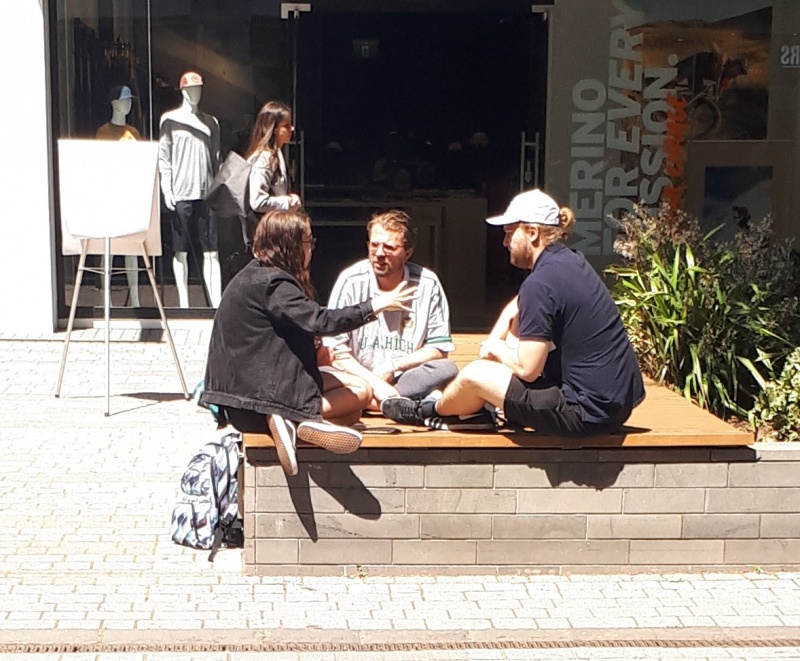 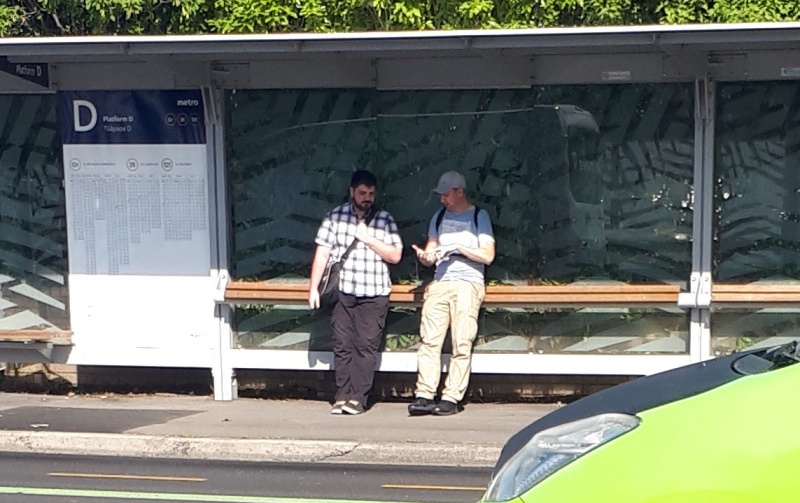 A very busy couple of days of outreach.  Hot weather.

On Thursday morning I was in the City with John and Matty before joining Andy at the Eastgate and Northlands bus stops in the afternoon.

The stand out conversation at the bus stops occurred just after a guy refused a gospel tract.  I turned and another guy was walking past, so I offered it to him - he took it and I was able to ask him what he thought happened after life.  It caused him to stop and engage.  He wasn’t sure if there was a God, so I used the building / builder analogy - before I had even finished explaining, he understood what I was saying, and he had an ah ha moment (not the last one of the conversation).  Most people I talk to consider themselves good people, but he was rare in that he admitted he would be going to hell right off the bat.  I confirmed this by explaining God’s law.  I then had the joy of sharing the gospel with this guy, where the real ah ha clicked!  So wonderful.  He understood that the gift of Jesus would change him.  He had the tract I gave him (with a way for him to get in touch), and I told him how he could easily get a Bible for free.  He turned and continued walking - Lord, I leave him in your hands, only you can change him!

The gospel + abortion occured on Friday morning.  It was a public holiday in Christchurch, so there weren’t as many people about.  But due to counter protesters, we had a very busy outreach.  You can read about it here.

There were a lot of open air preachers in the Square at lunch time.  At least four of us preached.  I went first.  One of our regular hecklers became vocal - I tried to engage him without much success.

I also had some great one to one conversations in the Square.  The highlight was with a lady - there was a guy and another lady with her.  The guy refused my tract and walked off, but the lady accepted it and I was able to get a conversation going - her friend stayed to listen.  When she grasped the gospel, she also had an ah ha moment.  She said she had never had it explained that way and it made sense.  I challenged her, that now she understood the gospel, that she must urgently respond to it, as we don’t know when we will die.

We moved to Cashel Mall - it was very busy due to the holiday.  Some West Indies cricket players were there.  I had two opportunities to try to engage them - they pretty much ignored me.  I tried.

I was handing out Christmas tracts.  All I did was say, “Merry Christmas” to people and offer them a tract as they walked past.  I was surprised how willing people were to take them compared to the regular tracts I hand out.  You can get these tracts for free on the NZ web store.  Get some, find a public spot and start handing them out with a “Merry Christmas” - it couldn’t be an easier or friendlier way to share the gospel!

My tracting lead to a wonderful conversation with two ladies who lived the “lier” page on my flip chart so much, one of them took a photo of it.  They came to realise their good deeds would not get them to heaven, but that it was the gift of God - but I had to labour with them.  They came to understand the correct place of good works in the equation.  It was a lovely chat.

I finished the day of outreach with two hours online.  I hadn’t been online since Tuesday (the start of my week) and it was so good to be with the team again.

I ended up having one last conversation before calling it a day, and it ended up being the highlight conversation of this whole report!  It was a short chat with an ex-Mormon kid.  The gospel blew his mind (his words).  He said that from today he was trusting that Jesus died on the cross for his sins, and he said he would start reading the Book of Mormon again!  I was able to explain that what I was explaining was not Mormonism!  And he could see that, I pointed him to the book of John in the Bible, I specifically pointed him to John 3, and Romans 3, 4, & 5.  Lord, don’t let the seed be plucked away, save him for your glory! 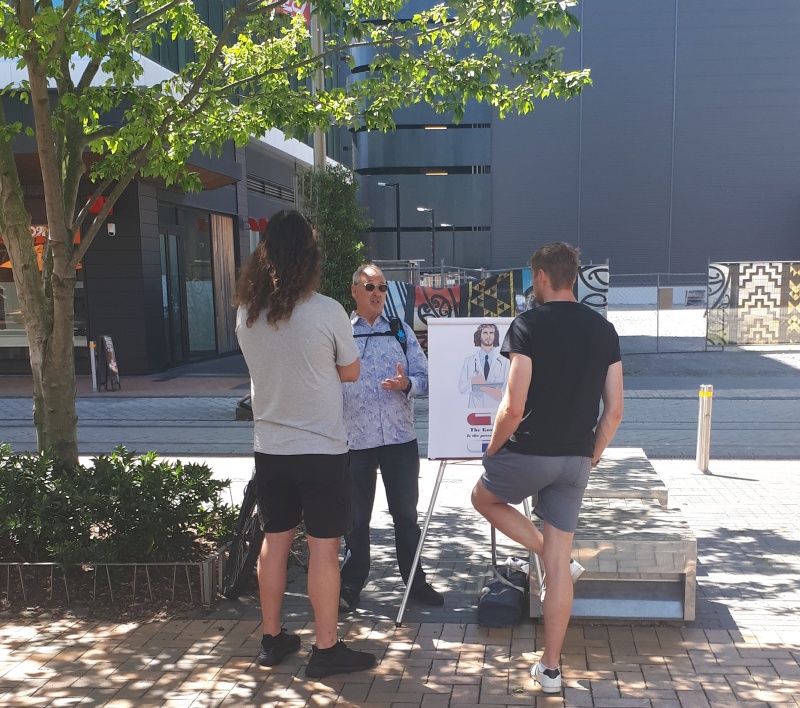