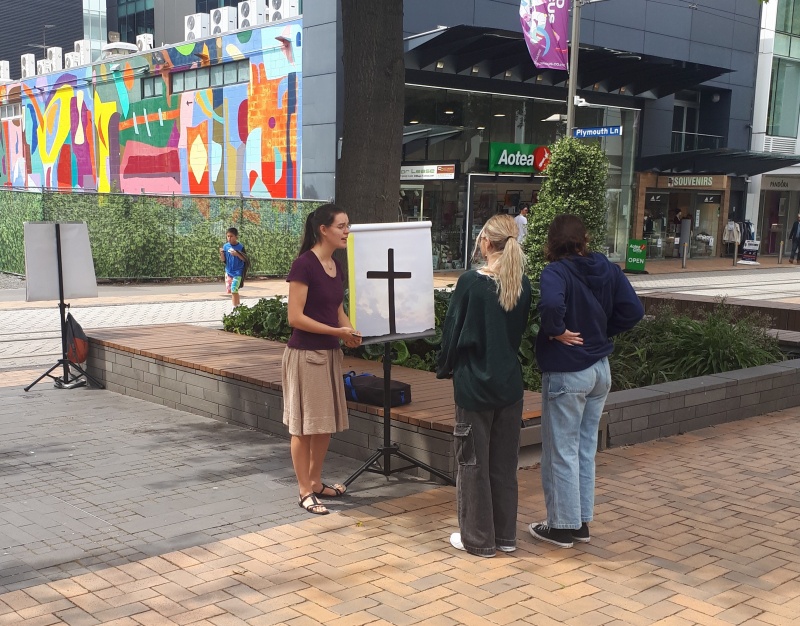 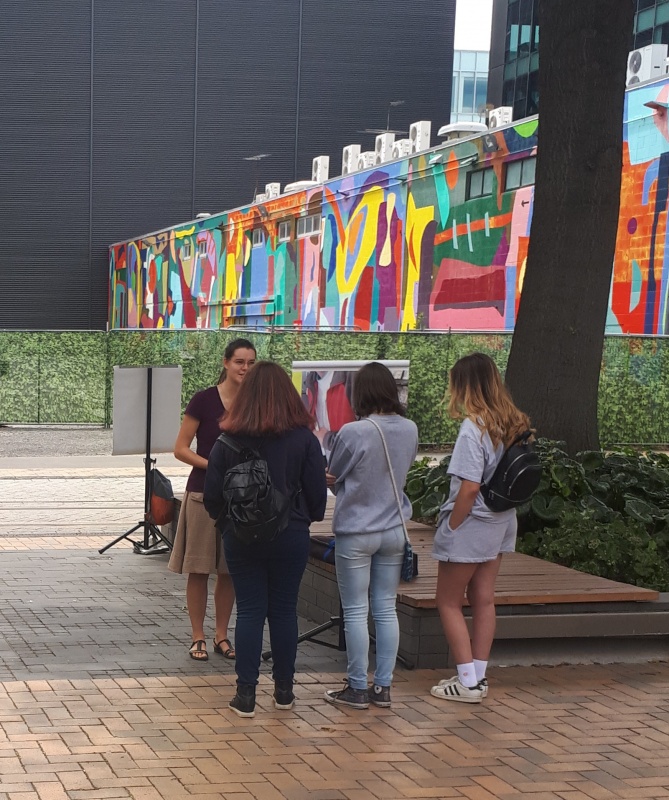 A nice Sunday afternoon to be out sharing the gospel with people in Cashel Mall in Christchurch.  Sophie joined me, and we spent a couple of hours.

It was an eventful outreach.

Three Christian teen guys stopped to chat.  They recognised me from previous outreaches in the city and Eastgate.  I encouraged them to get involved with the great commission.

Then a man stopped, intrigued by Sophie’s flip chart - I took the conversation which turned into a bit of an apologetics battle - I was able to drop the law and the gospel in - but he wouldn’t relent in the argument so I could really talk with him.  He was nice, and interestingly he hugged me!  He had to go, but I gave him a tract and asked him to get in touch so I could continue the conversation.

I then had a lovely chat with an Irishman who was trying to teach me Māori!  I was able to swing the chat to what happens after life and he stayed to hear the law and the gospel but then disengaged.

I went for a walk to wave hello to Lance the busker, when I came back to my flip chart, Sophie was in a conversation on her chat, and there was a guy sitting close by who seemed interested, so I went to say g'day - it turns out he is also a Christian and was interested in what we were doing.  We had a friendly chat where I was able to challenge him on some of his evangelism methodology.

The outreach ended with another apologetical exchange with two teen guys I stopped with: “what do you think happens after you die?”.  We talked about how we know God exists, why bad things happen to good people (actually, the question should be: why do good things happen to bad people?).  In the end, in his resistance, he started denying logic principles.  I let them go - it’s hard to debate with people who aren't being logical.

We ended going overtime, which made me slightly late for the online outreach.  I was paired up with Matt, and it was great listening to him share the gospel and get feedback from him on the chats I was having.

On Saturday I was also online and had 15 solid gospel conversations with people.

Lord, thank you for life, and salvation.  May you save some of those talked to over this weekend for your glory alone.