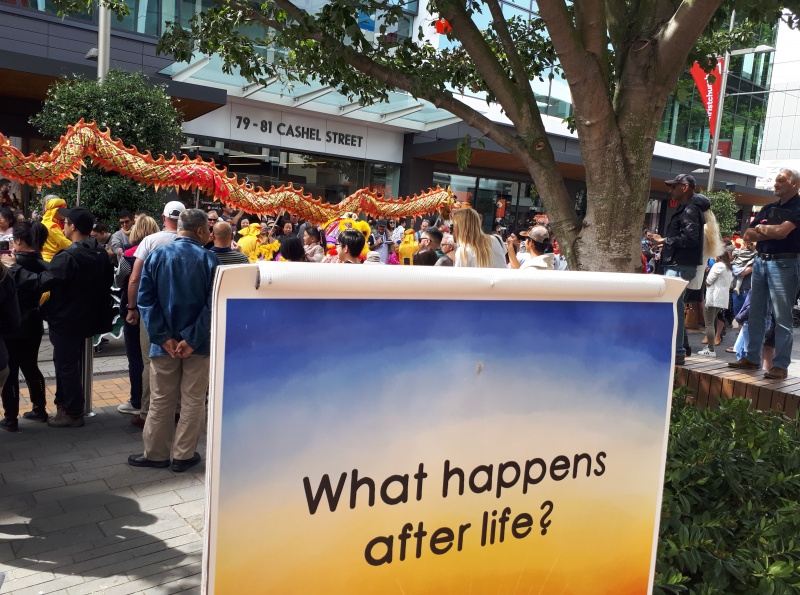 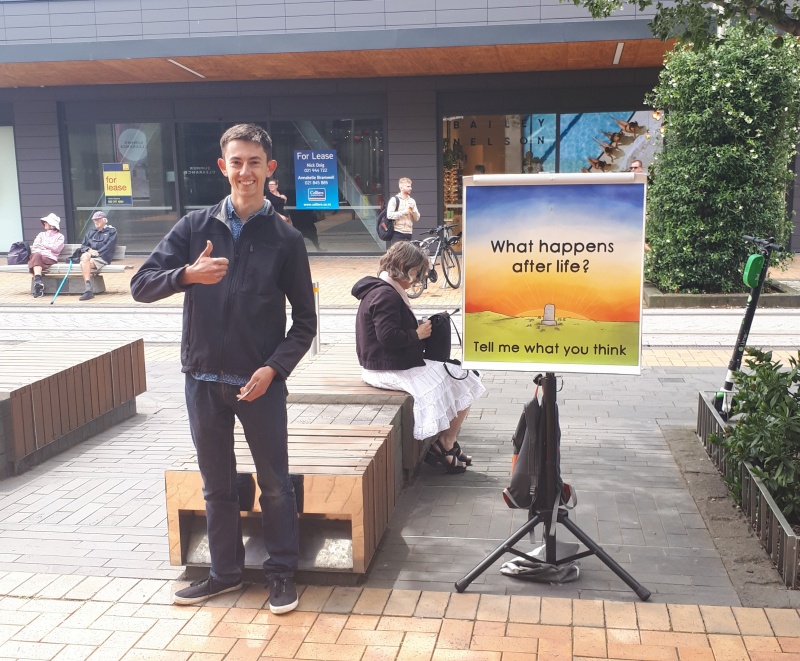 On Saturday I had the pleasure of attending the wedding of a lovely Christian couple.  The gospel was so clearly pictured and explained throughout the ceremony - the whole thing was such a joy.

Before the wedding, I spent some time online.  The highlight conversation was with a Buddhist guy from India - he seemed pretty dedicated to his religion, so I didn’t think I was going to make much progress, but to my surprise he ended up sticking around to hear the whole law and gospel presentation.  He seemed interested.  At the end I explained that to trust in Jesus, he would have to let go of Buddhism.  He said that would never happen.  The conversation ended soon after.  Never say never with God!

I had another great chat with a kid who became super animated when he grasped the gospel - it was so good to watch, it was truly amazing to him (and me)!

On Sunday there was a team of four in Cashel Mall.  Andy and Toby were active in “walk up”, and I used a flip chart and handed out tracts.  Susan joined us later.  It was Chinese New Year and a procession went through the mall near the end of the outreach - it attracted a lot of people.

I was straight into a conversation with a guy who was approaching people for surveys, he said if I did his, he would do mine.  No problem with me.  I didn’t have my normal “The good person test” front page up, and so during our discussion the subject of “being good enough” came up.  I smiled and said, oh, that’s what my flip chart normally starts with.  His eyes went dark.  He said that if he had seen that front page, he wouldn’t have stopped to talk to me.  He had done the flip charts years ago at an A&P Show and he didn’t like it.  But we were in a good conversation and so he was happy to overlook it.  God’s providence, because he had “walked away” from God while at Uni, but two years ago, he had “come back” to God.  Sadly, he didn’t understand the gospel - he was pointing to the fact that he was good enough to get to heaven.  So today he came to grasp the gospel - praise God.  On top of that, he had questions about why there is evil, and we also talked about the proper place good works played in the picture.  The fireman analogy really helped him.  He left at a crossroads; he understood he was in sin that he wouldn’t want to be in if he trusted that Jesus died for him.  I left him in God’s hands.

I had a number of other good opportunities, but the best was at the end of the outreach when a young man came over to chat - a girl, maybe his sister, came over and got involved as well.  She didn’t think she would die, because she said she would get her head frozen and come back once technology improved!  They seemed to be joking with me initially, but they became much more engaged as the conversation progressed.  By the end of the chat, they seemed to be grasping the gospel and were very thankful.  Praise God.

Once home, I joined the team online for “Training Sunday” - I was paired up with Sarah (New York) and Ryan (Chicago).  So great to work with this kids who are so passionate for the gospel!  While paired with Sarah I had a special chat with a Christian kid, who seemed to become a Christian during the conversation.  “When are you going to trust that Jesus died for your sins?”, “I already am”, “Oh, when did you start doing that?”, “Now.”  Praise God - may his profession reflect true conversion.

Later I talked to a guy from Bethlehem (Palestinian) and then Ryan had a great chat with three for four Catholic kids who came to grasp the gospel (pictured).

What a day, what a gospel, what a wonderful God!  Glory be to him alone! 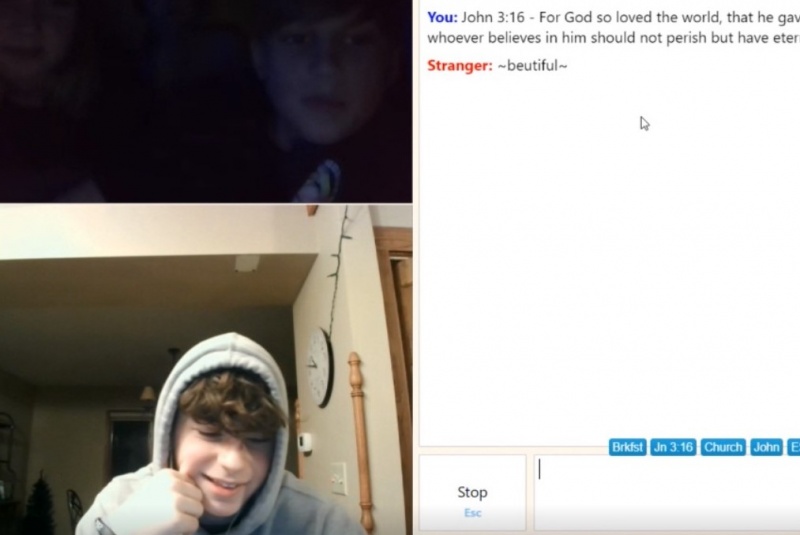