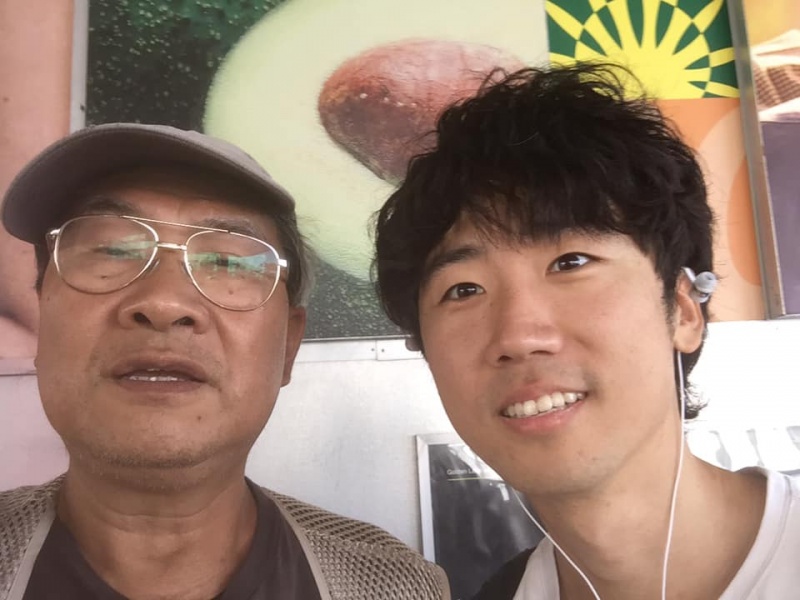 Praise the Lord the sky turn bright and blue with Sunshine all over the place wiping away all the gloomy mood that should be good for open air street evangelism. It was a pity that both Andrew and Martin of OAC were not available for personal reason. Actually Andrew felt exhausted from heavy ministry schedule and Martin got injured from a fall in the bath room. Pray for their recovery and be able to join us next week.

Sunnybank is comparatively a harder mission field than Toowong. Today I also could have lesser degree of participation due to some minor health issue doing a supportive role to Johnny. He basically still had many chatting opportunity to share the gospel in particularly with one lady Madam Suen 孫女士 from Mainland China and a School girl Liu from Taiwan. The former actually was approached by me and perhaps Johnny but her motive to stop to chat with Johnny for a long time was not because of gospel. But Johnny of course can still direct the conversation back to Gospel. She nevertheless got irritated once Johnny touched upon the issue of sin. So pray hard for the work of the Spirit to enlighten her the right way to address life issues. The young school girl form Taiwan 台灣女同學劉真 was very attentive and was opened to accept Jesus. There were many other conversations held by Johnny with many others with good results. As for me I still had 5 Kairos moments as recap below: -

1) June a Korean coming to Australia on working holiday. He initially did not want to be bordered when approached by Johnny. But I realized he was looking for direction to go to Commonwealth Bank. So I offered him help and volunteered to walk him across teh bridge to get to the bank. Soon after we started walking, quickly he declared himself a Christian and passed my first diagnosis question having 100% assurance of salvation, though he needed help to pin point the reason other than just a general statement of believing in God. He was happy with my clarification and was willing to take a selfie with me to show others that he is a fair dinkum Christian.

2) Tom is a Hongkonger so he quickly identified with me with a welcoming attitude listening to my gospel sharing. I used the HK situation to illustrate that even the younger generation who rose up to fight for righteousness and justice, but no one can claim themselves perfect. So it was established that they are all good and righteous freedom fighter but still imperfect for heaven that all need Jesus' salvation without exception. He appeared very receptive but I fell short of leading him to make a conviction to receive Christ as the bus just arrived. Pray and trust that he will be in the good hand of God. He has come to Australia for 4 years and has just graduated. So he will have a good soil here to pursue God.

3) A PNG Chinese who is English speaking but he showed little interests to Christianity. But I still managed to get across the message of the gospel for him to listen before the bus arrived.

4) An English old lady appeared very rejective to the gospel though I showed friendliness to her helping her out to clarify the bus schedule. It affected the Muslim school girl next to us to reject me as well. Can only pray and leave it to God.

5) Andy an ABC born here who cannot speak Chinese. He has no faith but was ok to let me share him the full gospel while I walked him across the foot bridge until he entered the shopping mall. I could feel the work of the Holy Spirit on him softening his heart for the Gospel. 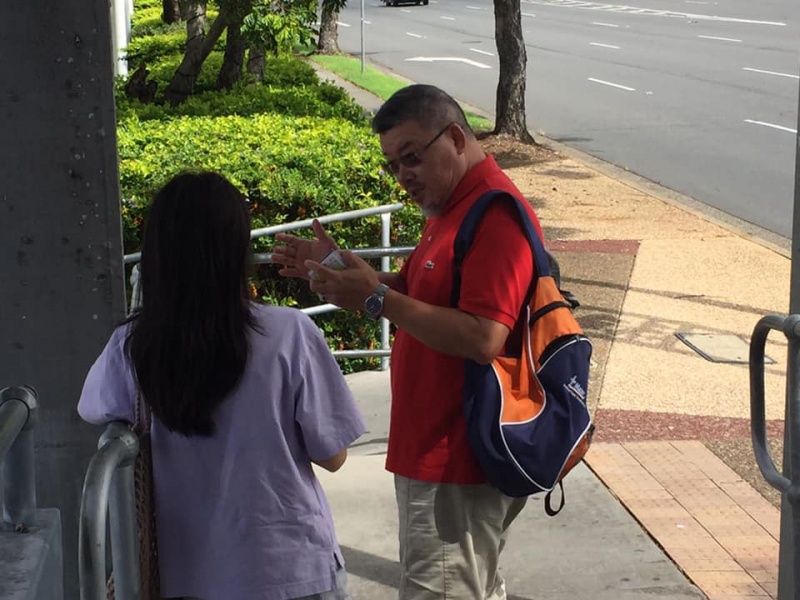 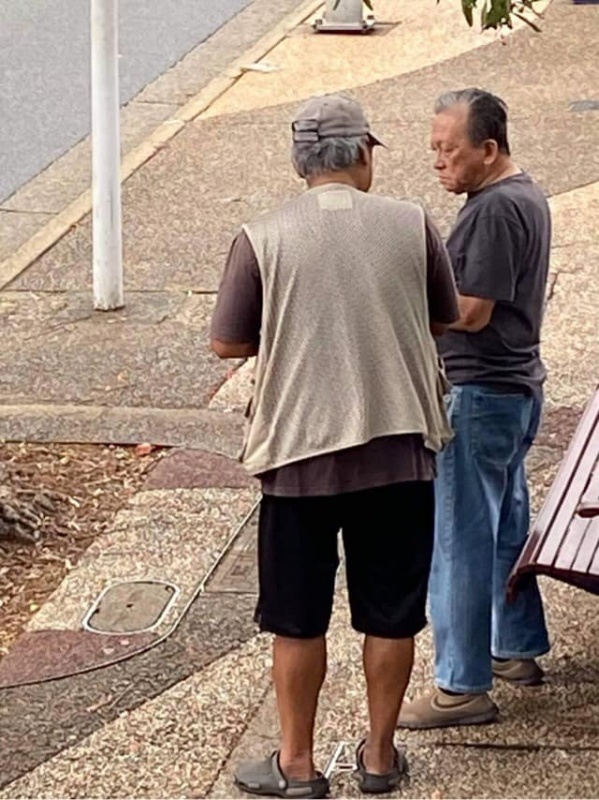 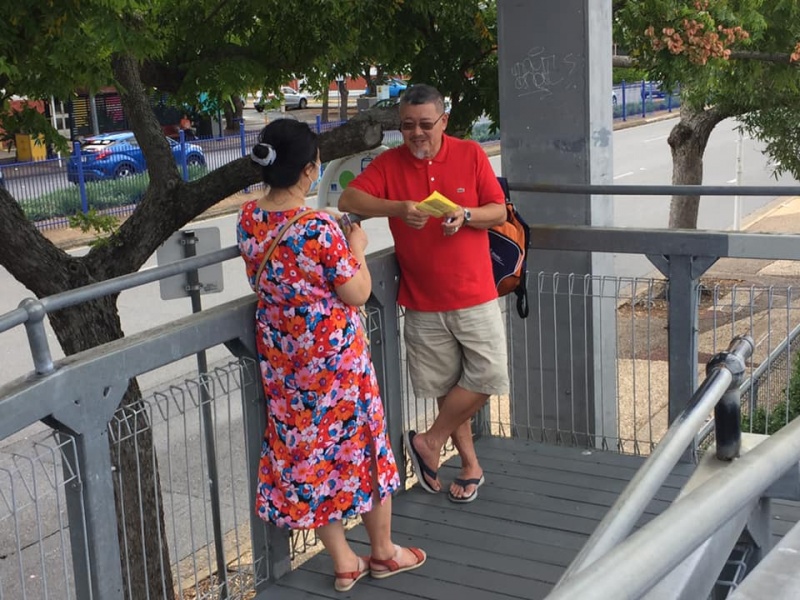 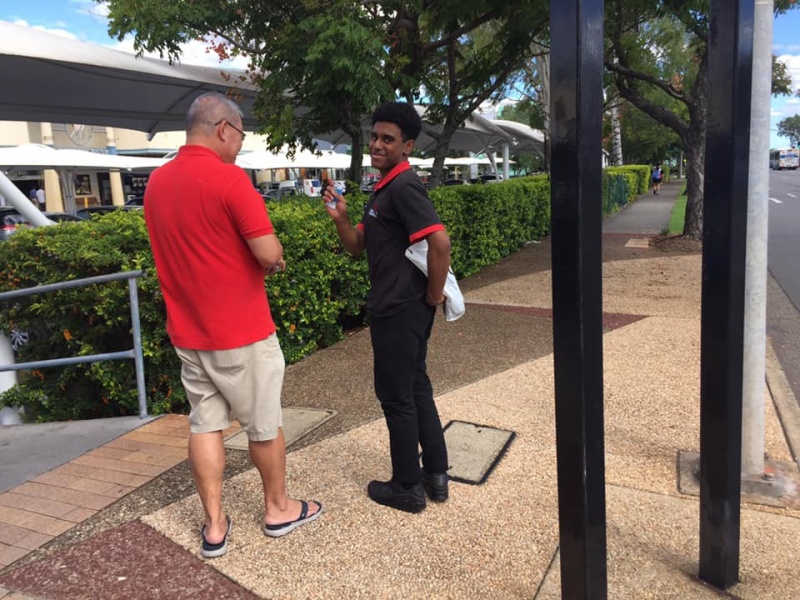 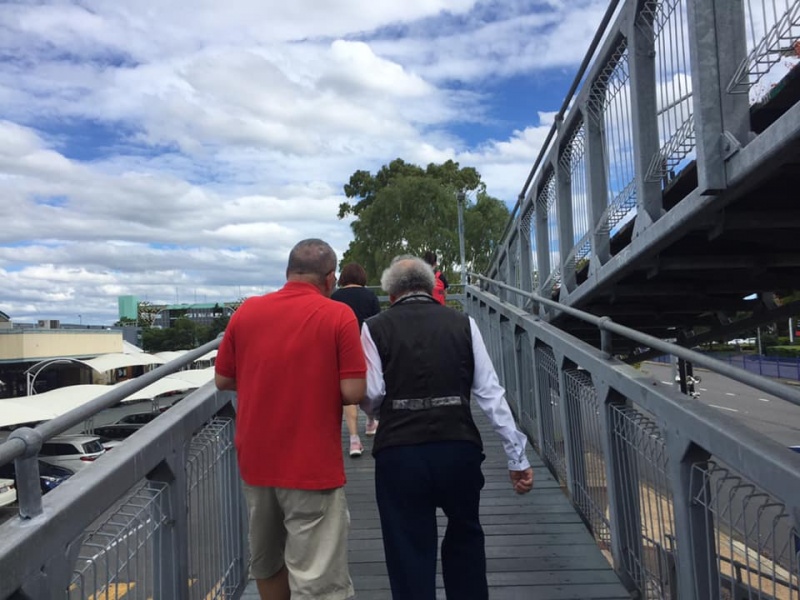 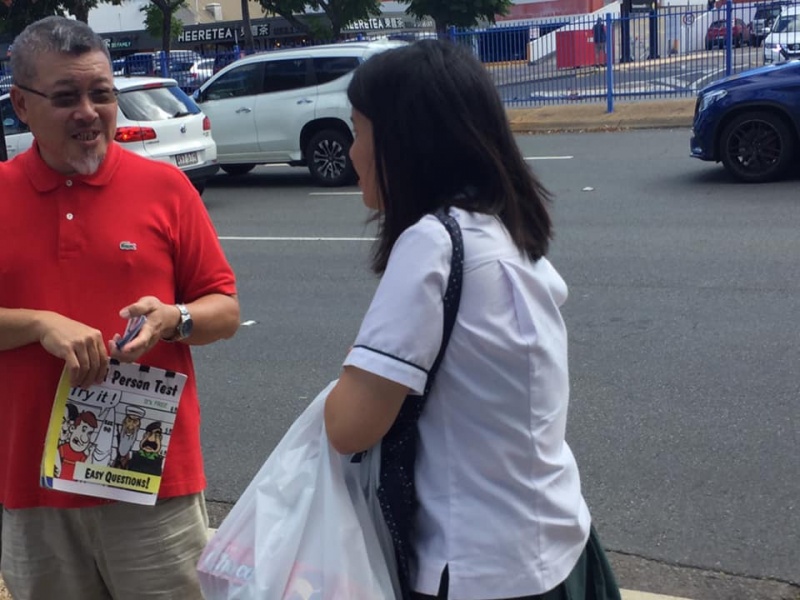 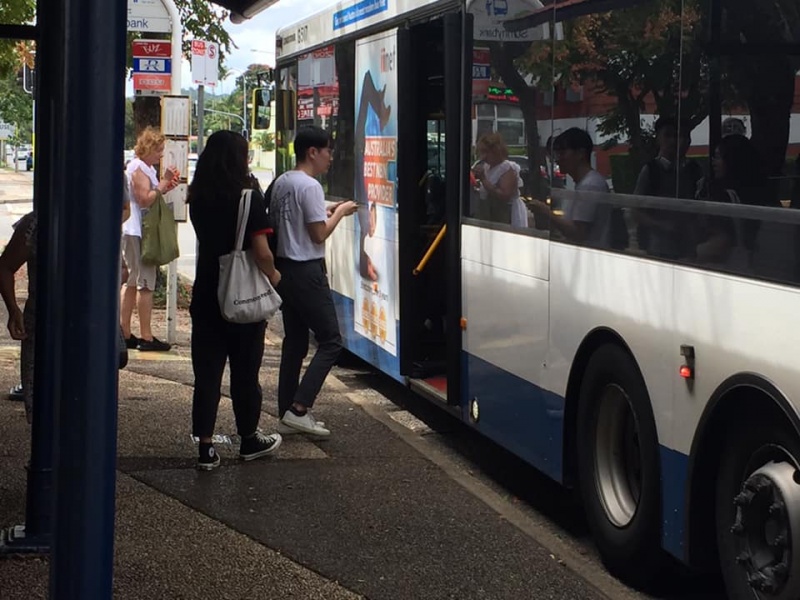 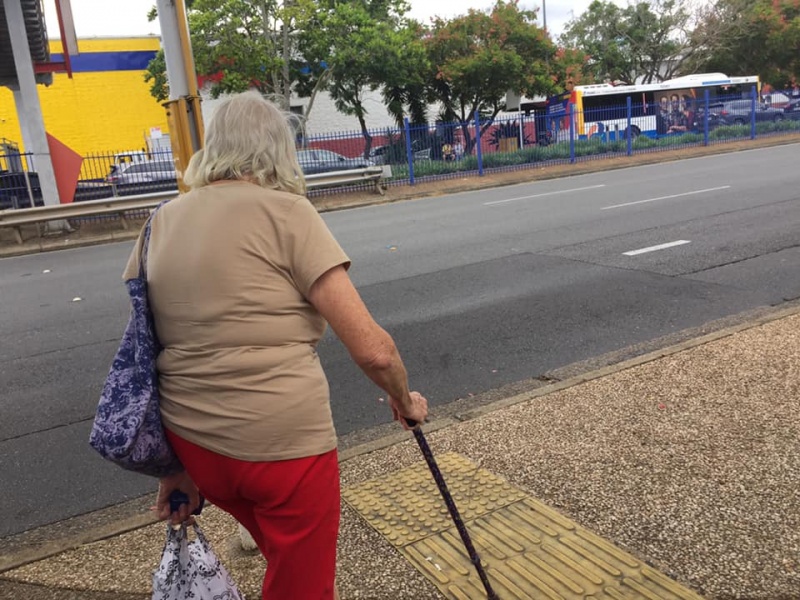 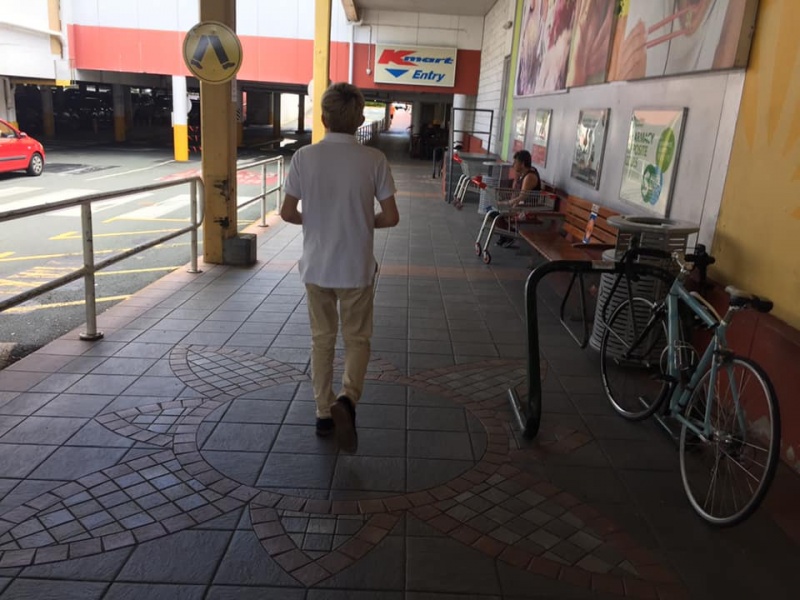 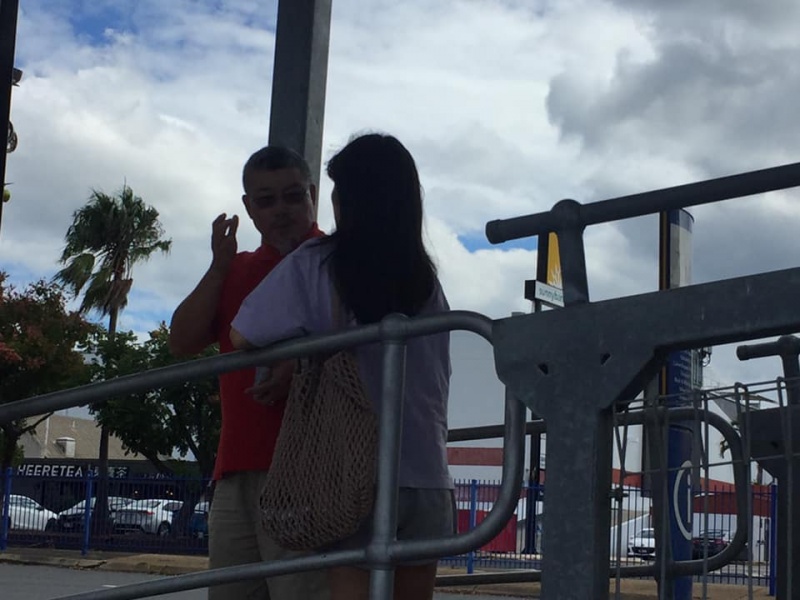 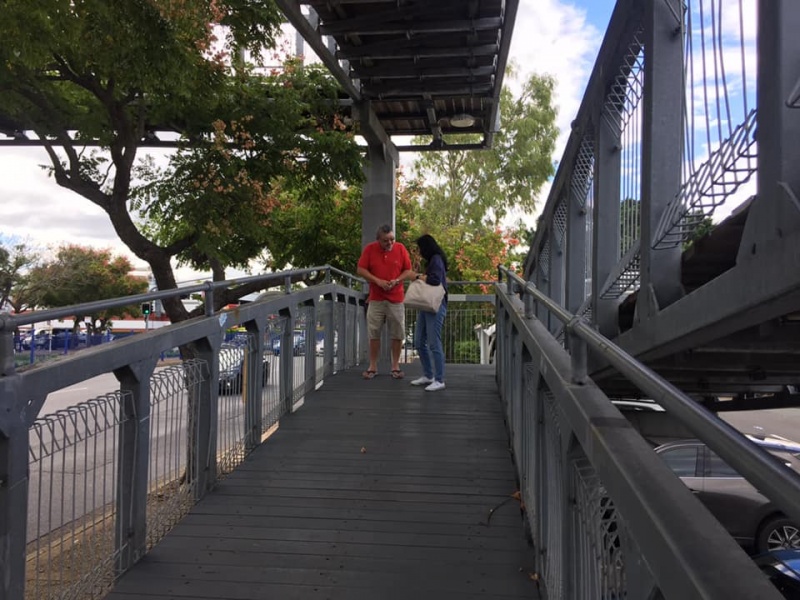 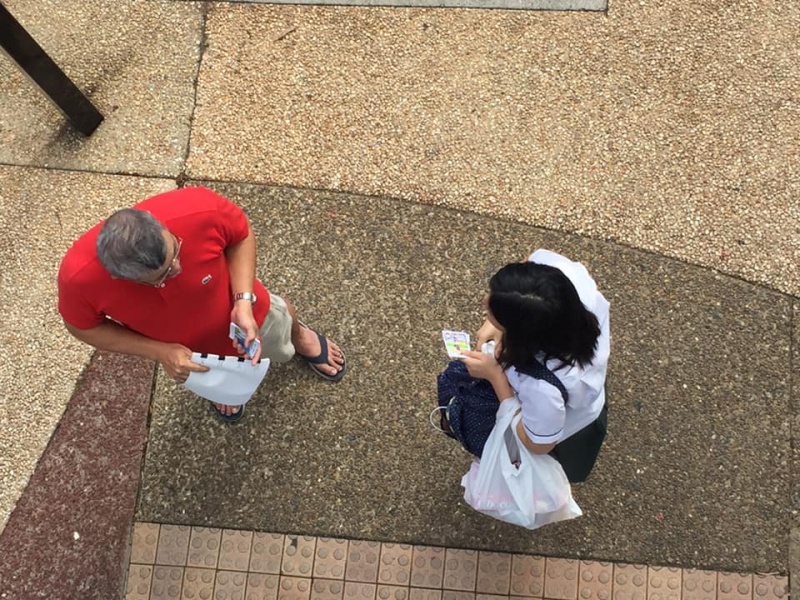