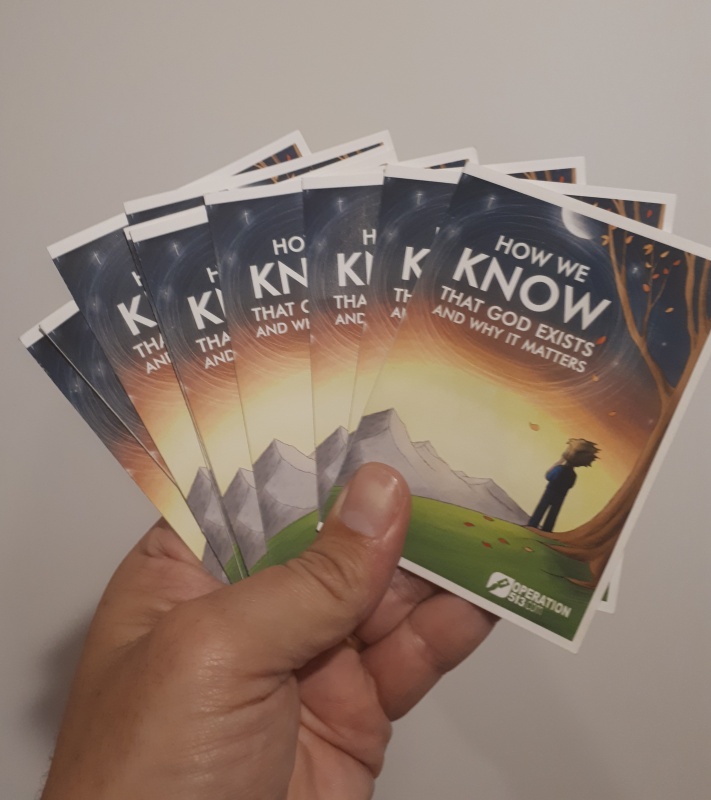 A quick report.  Four hours of outreach today.  I was pacing myself in the city in the early afternoon.  A hot, muggy day.  I was passing out tracts and getting a lot of rejection.

One girl said she had received one the previous week.  I asked if she had read it.  She had, but she kept walking and didn’t want to stop to talk.

I also had a guy sit and watch me for a while - I have talked to him before, but he wasn’t open.  He started giving me advice: “if you compliment people, then they will want to talk to you”.  I responded that I wanted to avoid bait and switch (that’s how the cults work) and then decided to move to a different spot.  He followed me for a while and then finally left me alone.

There was eventually a team of four, including someone new to me.  I eventually ended up getting into a couple of conversations, but they were with resistant people - one very much so.  He heard the law, but refused hearing the gospel, sadly.

The last two hours were online, I had six solid gospel conversations - most of them very encouraging.

One was with a couple of Catholic kids who went from saying their good deeds would get them to heaven, to articulating the gospel.

Another started with a kid saying some pretty disgusting (blasphemous) things, he then went on to claim he was going to heaven because he believed in Jesus!  We sparred on apologetics, where he sobered up, and then opened up to hear the law, and the gospel in context of that.  I then asked how sure he would be that he would go to heaven: 97%.  I then asked why the 3% doubt.  His answer was revealing: “because I don’t think I would deserve it”.  Well no one deserves it!  Was he trusting 3% in his works?  I challenged him again on the gospel, and the change that would come with true faith.  He was a very different person now from when the conversation started - very contemplative.