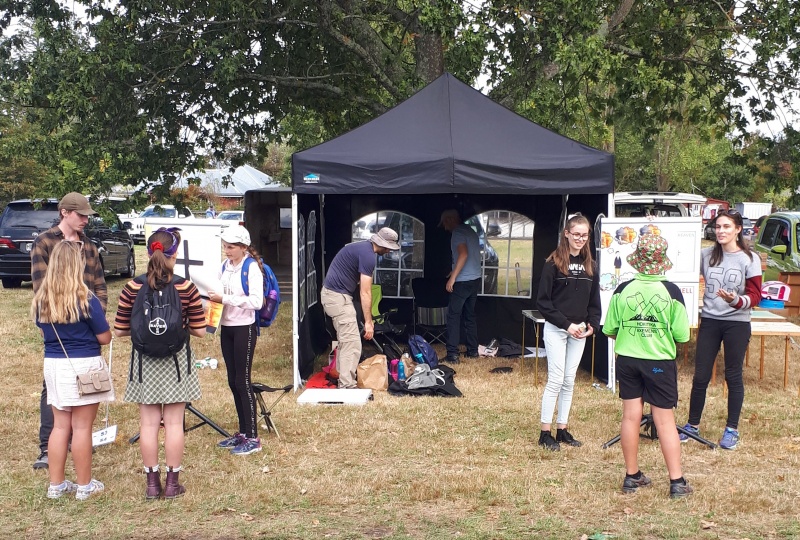 Well, last Saturday was the first A&P show we had been at in a long while due to Covid.  And then we had two in a row!  Today we were at the Oxford A&P Show for the day sharing the gospel with many via The Good Person Test flip chart.

It was a cool and slow start to the day, but the sun warmed things up, and before long streams of people were flowing past.  Again a solid team of Christians were there (12+?) - many of whom weren’t at the previous weeks show.  Many were fighting their fears, but I was super encouraged that they came anyway and were willing to give it a go!

I think the biggest highlight for me was watching my own daughters DESIRE to share the gospel, eager to get involved.  In the morning, they had some great opportunities paired up with me and others that were more experienced.  But by the end of the day they were doing full gospel conversations on their own!  I’ll let the pictures do the talking.

For me I had many difficult conversations.

One guy came up to the chart and I could tell from his body language he was in attack mode.  It wasn’t long before he said: “well, I’m gay” - fully expecting a look of revulsion to come to my face.  It didn’t.  We continued talking for a few moments, and then I said, “you don’t hate me do you?”.  He paused, hopefully getting my point.  Sadly he didn’t stay long - he wasn’t interested in the gospel.

Another one was with a tall solid guy who had two kids with him.  He walked past, and heard me ask, “would you like to try the good person test?”  He swung around and said, “ok!”  I wasn’t expecting that, and it wasn’t a good sign.  Sure enough he wanted to argue.  He kept taking the conversation off on tangents, but soon I think the reason for his argumentation was that he couldn’t stand the thought that someone who repents at the last minute can be forgiven.  Usually that’s a sign that they have been deeply hurt by someone and can’t stand the thought of that person being forgiven.  I persisted in the conversation, I really had to control my desire to fight back and listen to what the guy was saying.  He was raising deep and important questions and not allowing me to respond.  Eventually I asked if I could email him, as I wanted to be able to address his questions properly.  To my surprise he gave me his email address!  I will certainly be getting in touch.  Please pray for this man.

But I had many good conversations as well!  As did the team.  An exhausting but rewarding day of outreach! 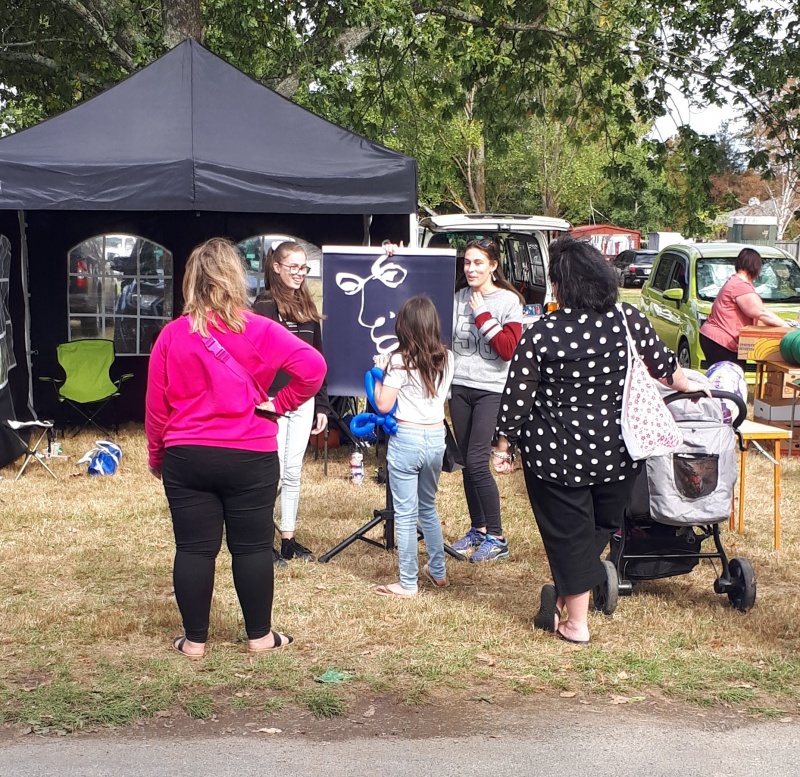 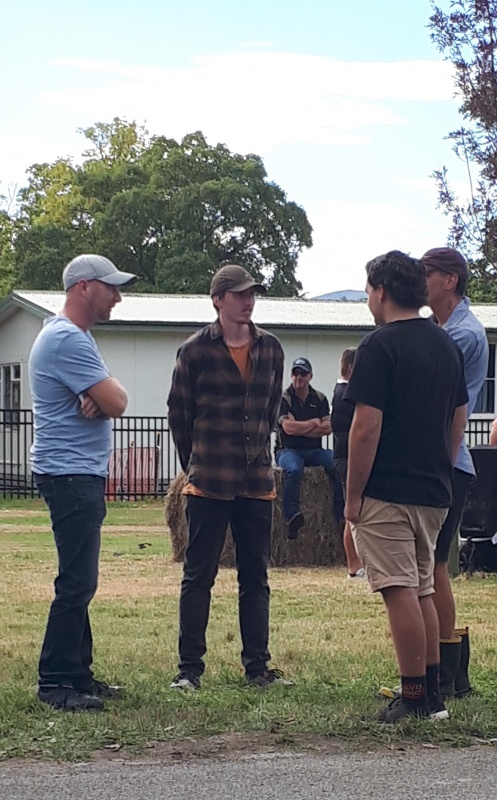 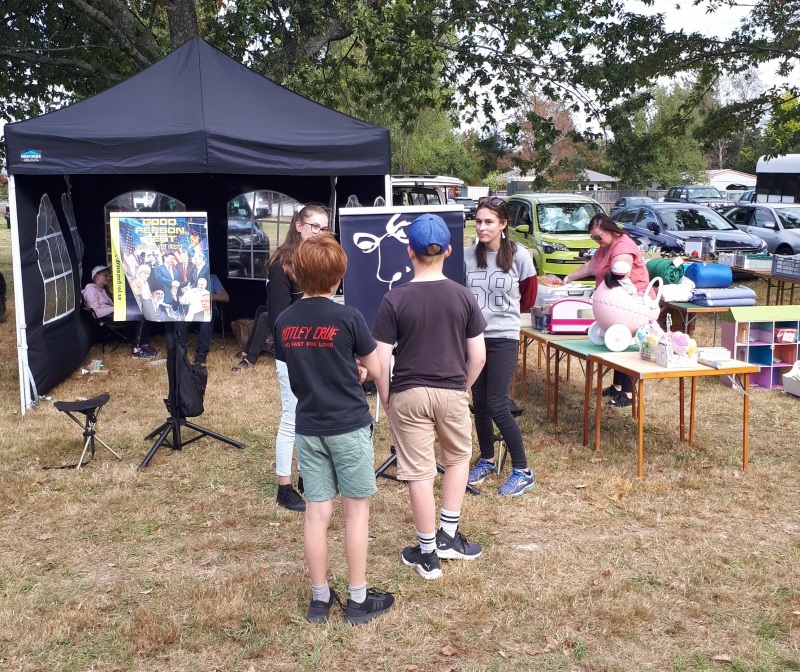 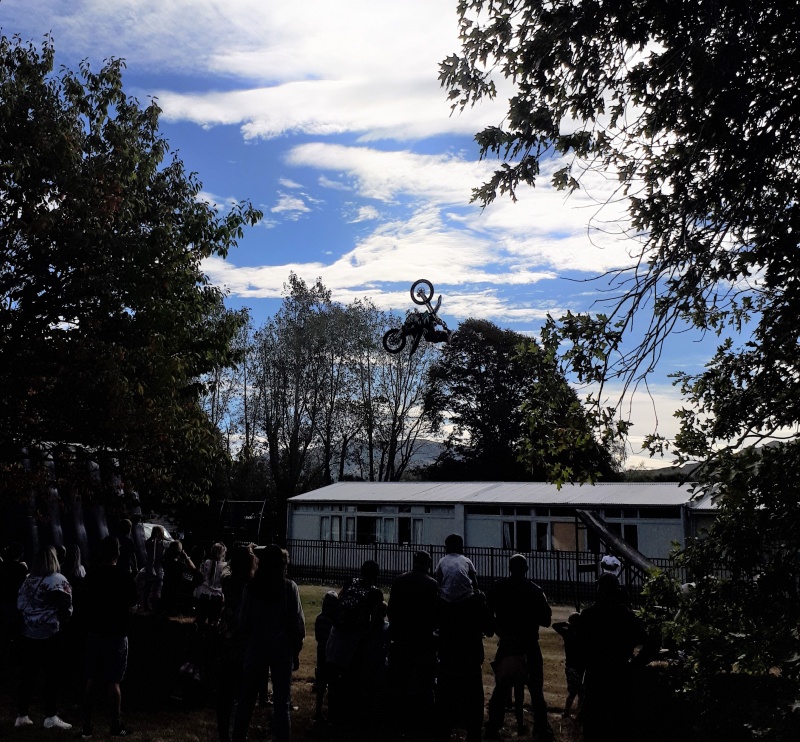 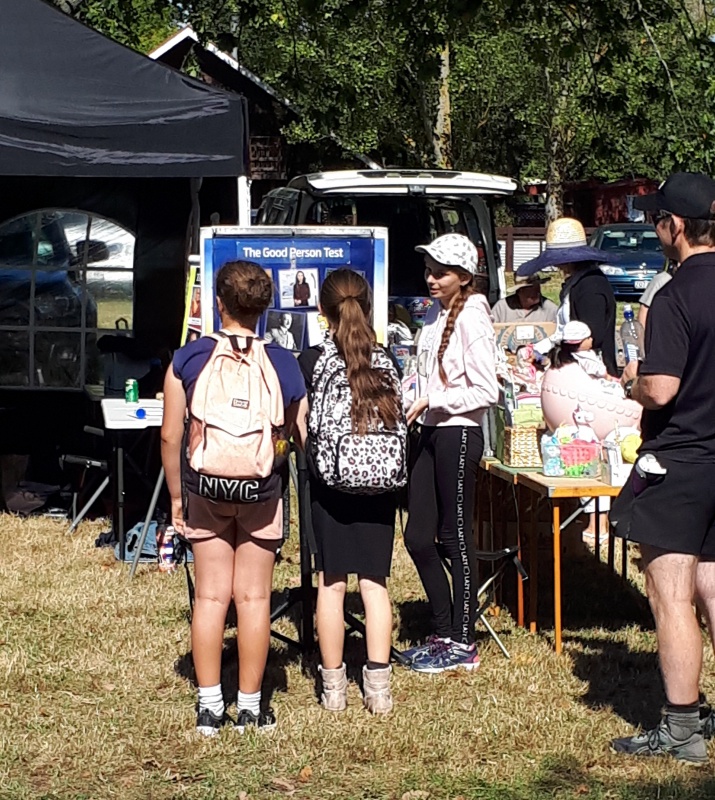 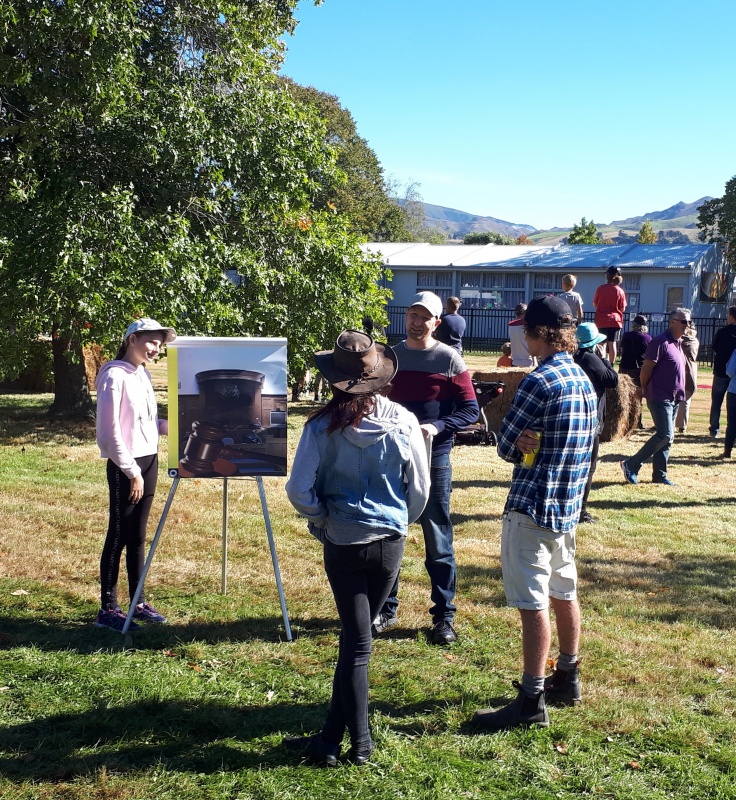 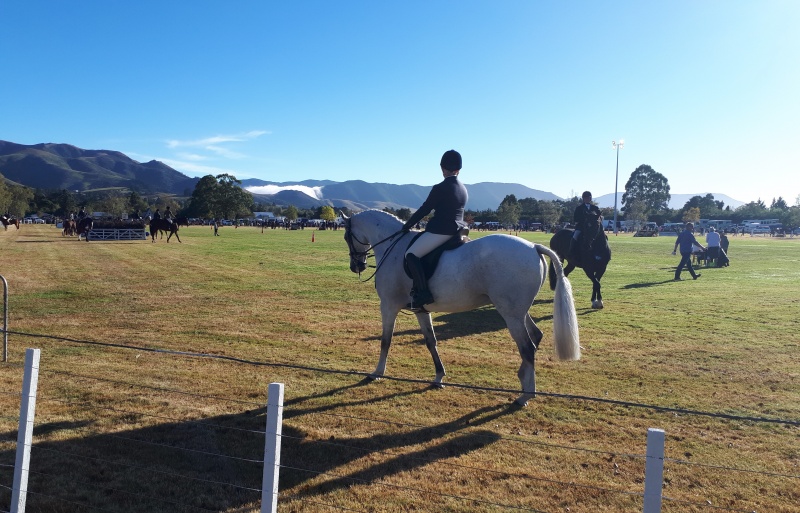 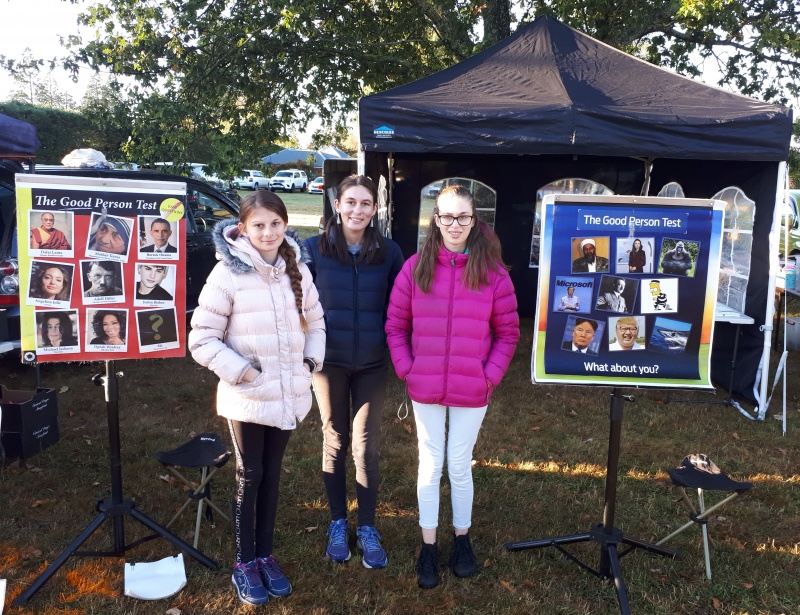