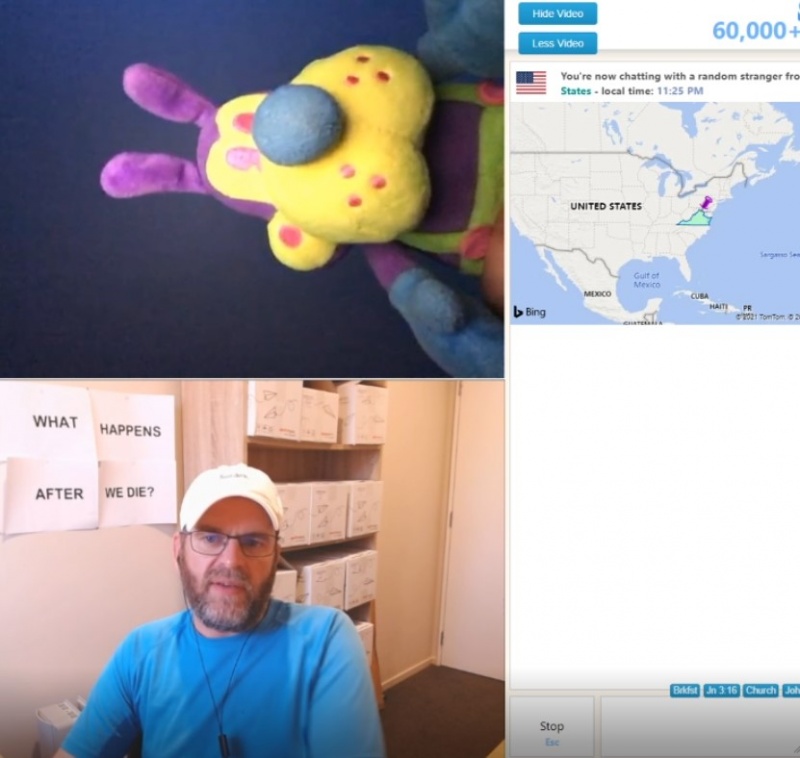 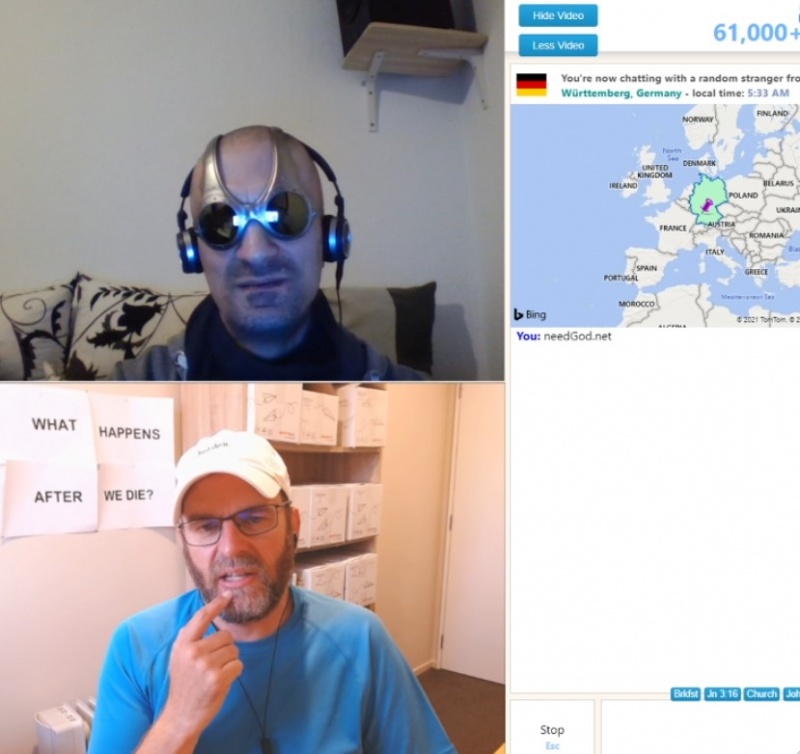 Easter.  Jesus rose from the dead, and gave us a sure hope for the same.  Praise the Lord!

Assuming there wouldn’t be many on the streets, and as we will have a special outreach on Easter Monday - I only spent a couple of hours online with the team today.  Great chats, but difficult ones.

The first kid was very resistant to the logic of how we know God exists and the law of God.  It seemed pointless to him, he asked a few times what my point was.  He heard the gospel, but spurned it.  “Go spread the word.”  Disconnect.

Next I was talking to a couple of soft toys!  It’s funny that I don’t even bat an eyelid at such craziness.  The kids behind the toys heard the gospel.

A couple of false starts, firstly with a guy from Germany, then with a kid who went through the law and then bailed.  I was then able to share the gospel with a girl from the States.

A great chat with two girls who came to grasp the gospel and seemed very intrigued.  The first question was about homosexuality.  I was faithful in responding to the question and received a disconnect.

Before my last chat of the day, I had a few more difficult chats facing deep resistance.  Firstly with a Phillipino guy (fought), and then with an Indian guy (I don’t want to talk about this).

The last chat was a long one with a guy in Brazil.  He liked to talk.  This guy thought positive thoughts would lead to a good afterlife, and negative ones to a bad one!  He denied heaven and hell.  Eventually he came to hear the gospel, and suddenly he was in agreement!  He was a Christian?!  He agreed with grace through faith.  So I circled back to try to understand why he was denying heaven and hell.  At the end of the conversation I asked if he was Catholic or Protestant.  He said neither - he was Mormon!  I tried to explain why Mormon’s don’t actually believe in grace through faith.  He was intrigued by the conversation and liked needGod.net on Instagram.  I encouraged him to get in touch was the conversation could continue!