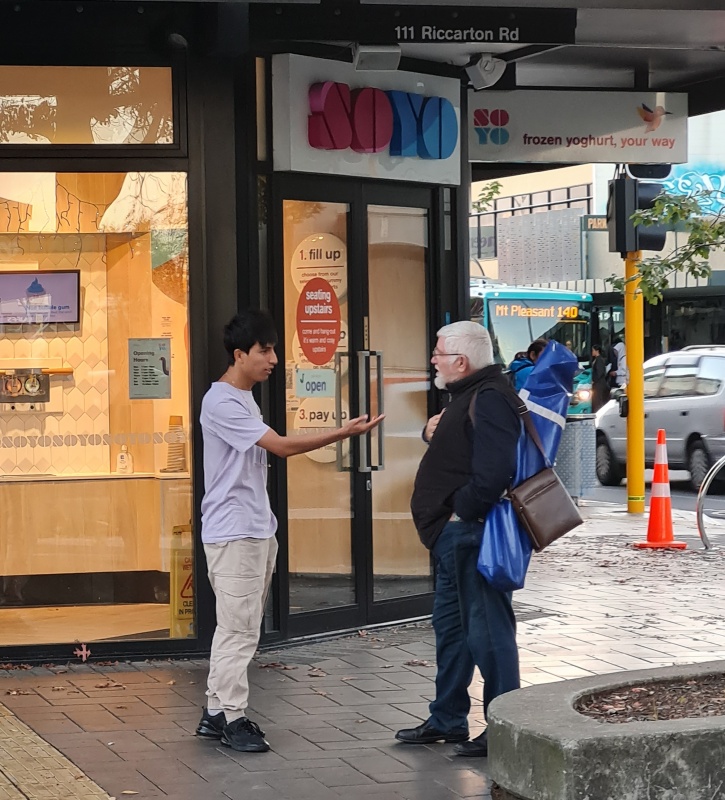 If you read this Abbas, we love interacting with you!  We are praying that you will come to know Christ as your Lord and Saviour. :)

On Tuesday, Roger, Roger’s friend John, and I were there to share the gospel for a couple of hours.

We have spoken with Abbas, a Muslim, about the gospel many times, he claims to have about ten of our gospel tracts at home.  Today the conversation continued.  I sat with him for a good long while, going over the gospel with him, listening to his objections, and doing my best to answer them.  I did a fair amount of listening, learning about the particular kind of Islam he follows, and a bit of his background on how he became more interested in Islam.  At times our conversation became quite animated, and it attracted others to come and listen as well - in particular, a couple of guys - one of whom I interacted with recently.  He is an atheist, and deeply dislikes religion.  It became an interesting three way exchange for a short while! :)

Eventually I left Abbas with Roger where they continued talking.

Later, two girls went past and I was able to fall into a gospel conversation with them.  Next thing I know, Abbas is next to me listening to the conversation (pictured)!

It was a wonderful, busy outreach.  Praise God.  May God continue to grant us favour at this corner!

The rest of my Tuesday and Wednesday was spent online with the team.

On Tuesday I was also in an email conversation with a guy I first started sharing the gospel with during the gospel + abortion outreach a few weeks ago.  He has left a cult, and is leaning towards becoming Greek Orthodox.  I’ve been labouring with him to help him understand the gospel, and answer his very good questions that touch on deep theology.  The emails on Tuesday ironed out his objections to the idea of limited atonement (believe it or not) - this was inhibiting him from understanding and accepting the gospel.  I had to carefully navigate some tensions in the Bible - too far one side and you fall down a cliff, too far the other and you fall down a crevasse!  It feels like I was successfully able to explain the narrow path between, and I was able to finish up by pleading with him to trust alone in Jesus alone for the forgiveness of his sins.

One of my online conversations that really stood out today was one with a Muslim guy.  He came to hear and understand the gospel, but he rejected it.  He liked to talk, so I let him.  When he stopped, I would gently ask him a question, like: “how can God be both just and merciful in Islam?”  He would then go on about how God is not like man, he is not a judge, he can just forgive - but you could see him hearing himself in light of the gospel message he’s heard and how it didn’t make sense.  Once he stopped talking, I simply asked, “are you saying God is not just?”  And then let him go again.  The power of letting them hear their own arguments next to the logic of the gospel. 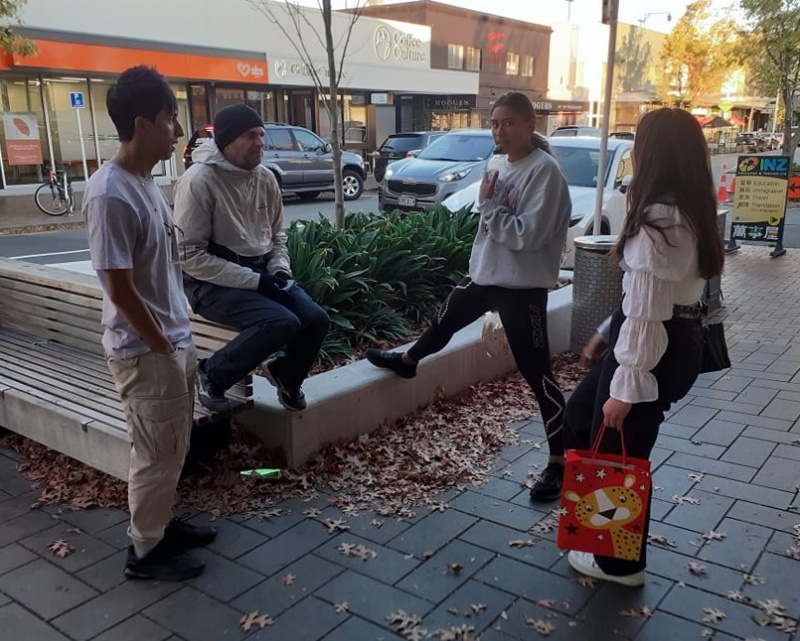