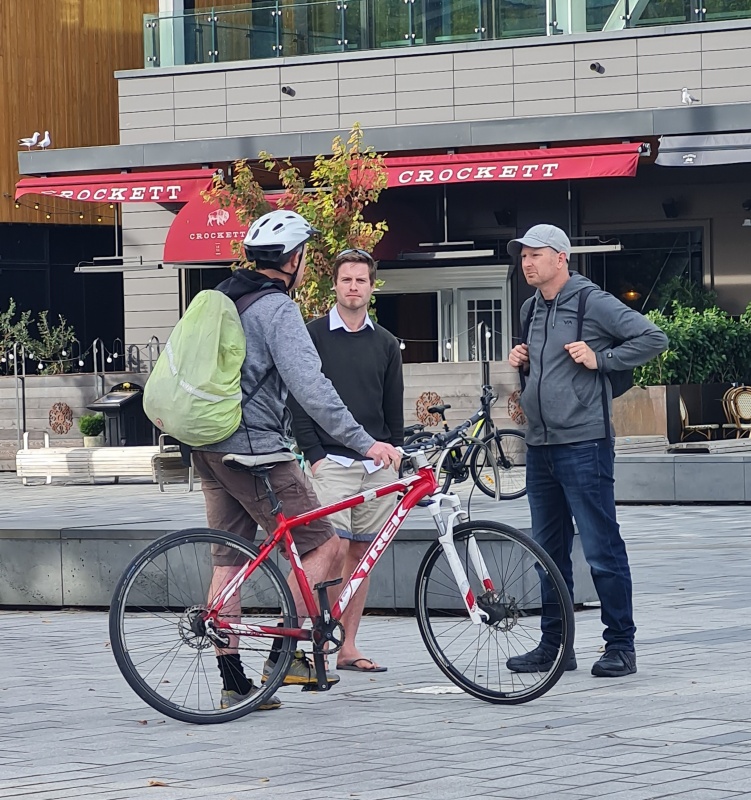 A fascinating series of gospel chats on Thursday morning:

The gospel + abortion outreach went well.  A team of three.  Again, no counter protesters, and this gave us many opportunities to engage other people with abortion apologetics and the gospel.  The stand out conversation was with a kid who agreed with our stand.  He seemed to have a good grasp of the gospel, and so I asked him which church he went to.  It turns out he had recently stopped going to church and was now in a Bible study.  Sadly with the JW’s!  I was able to warn him away.  I gave him multiple tracts, and a card for my church.

Back online, the highlight chat was with a guy sitting in a Chick-fil-A drive through!  He hears the gospel between placing and receiving his order.  The great thing was that his wife (sitting next to him, but I couldn’t see her) became engaged, and started helping him with the checking questions I was giving him.  He had heard the gospel by the time he started driving out of the drive through.  I told him not to use his phone while he was driving and disconnected.

On Friday morning I was online, before heading into the city.  The online chats were difficult, lots of resistance.  It took me thirty minutes, and lots of false starts before I was able to share the gospel with my first person - and that person wasn’t interested.  I also had a fascinating chat with a Muslim who said he lied when he said he believed in God!

Andy preached in the city, there was a homeless guy on a bike who stopped to listen for a long time.  I was able to talk to him briefly, and later Andy must've handed him a tract, because at the very end of the outreach (hours later) we walked past him lying on the pavement reading the tract (pictured).

A team of five were in Cashel Mall - Bridge of Remembrance end.  Many good opportunities to engage people with the gospel.  But much resistance, sadly.

To end the day, I had a couple more chats online.  The first one was hard, and I gave up on it - I was tired.  But then, my last gospel chat of the day was one of the best I’ve had in a very, very long time.  It was a real divine appointment with a lady in a call center in the Philippines.  She came to tears as she slowly realised there was hope for forgiveness for a sinner like her.  The conversation went for 30 minutes as I was able to encourage her, answer her questions, point her to the Bible and a church.  What an honour to be able to bring such good news!  Thank you Jesus - you are amazing - all glory to you alone. 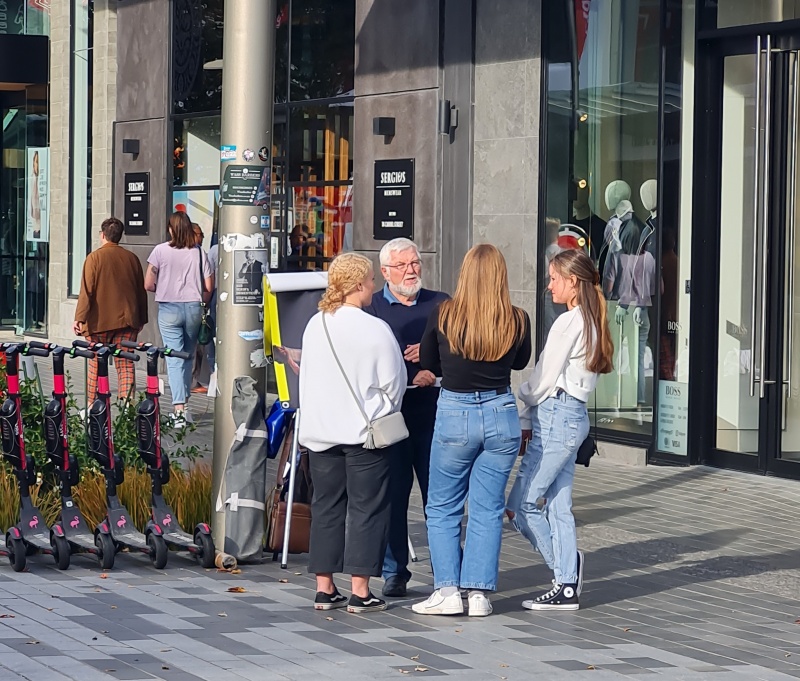 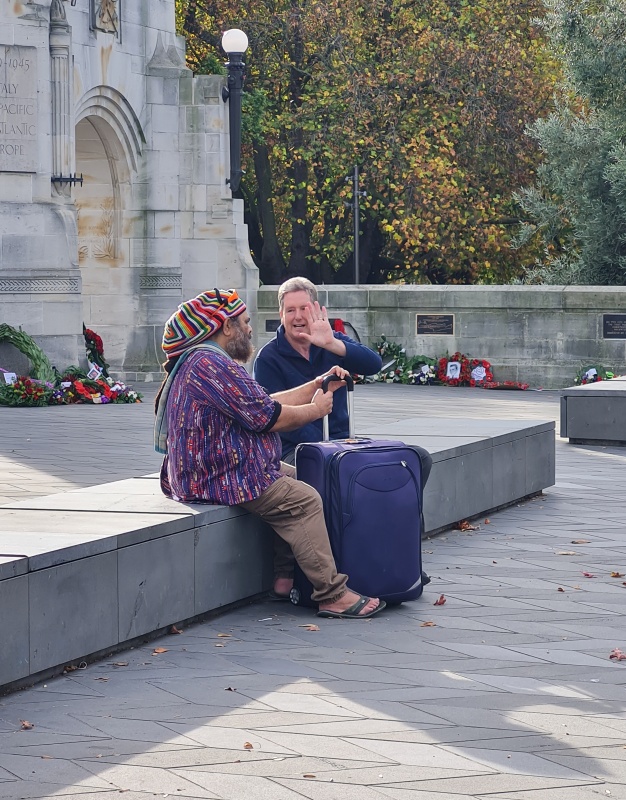 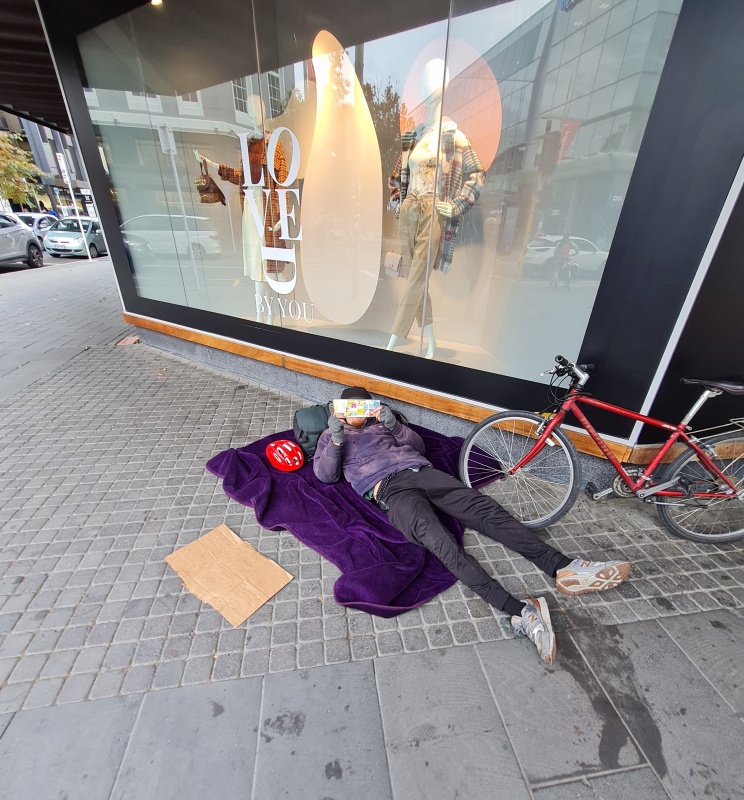 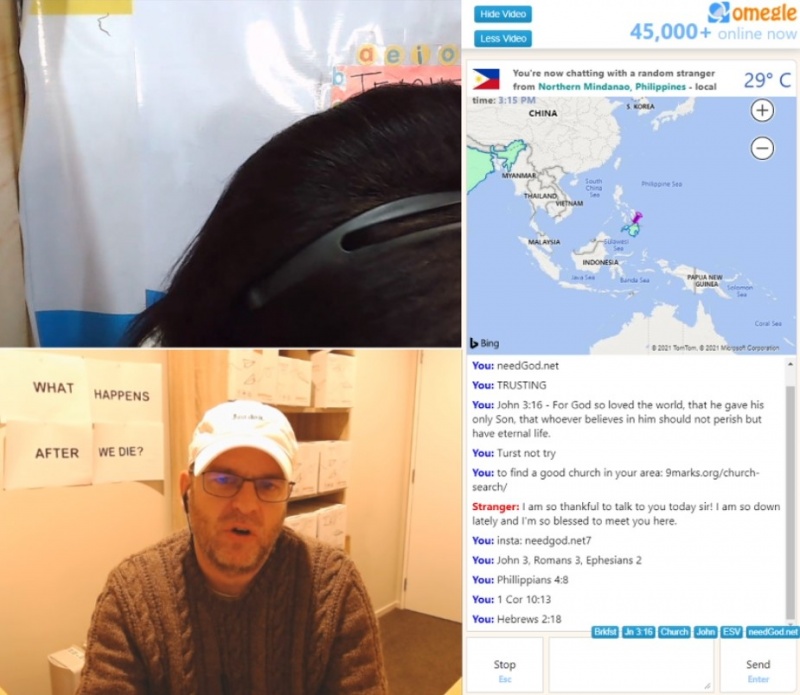