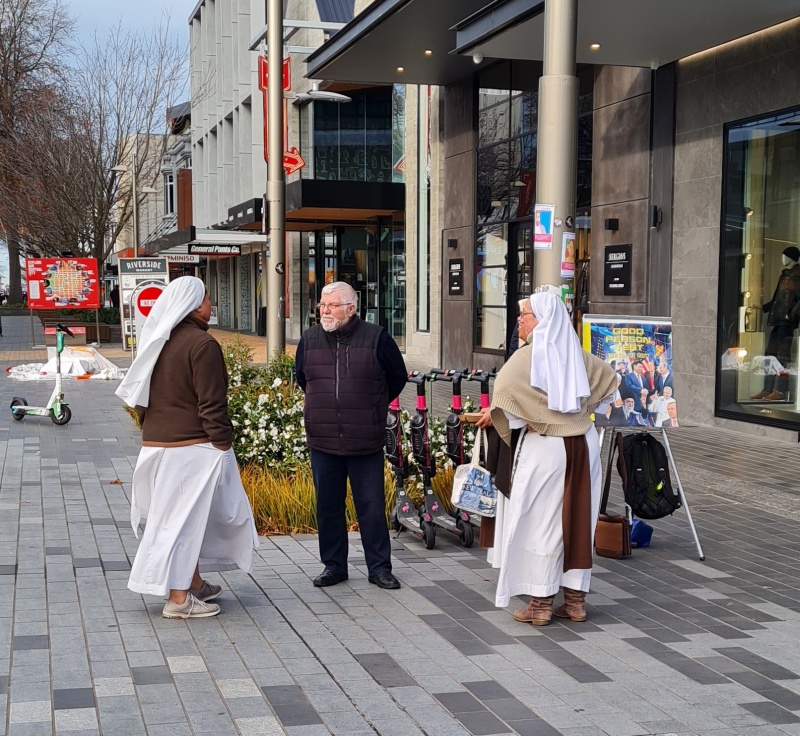 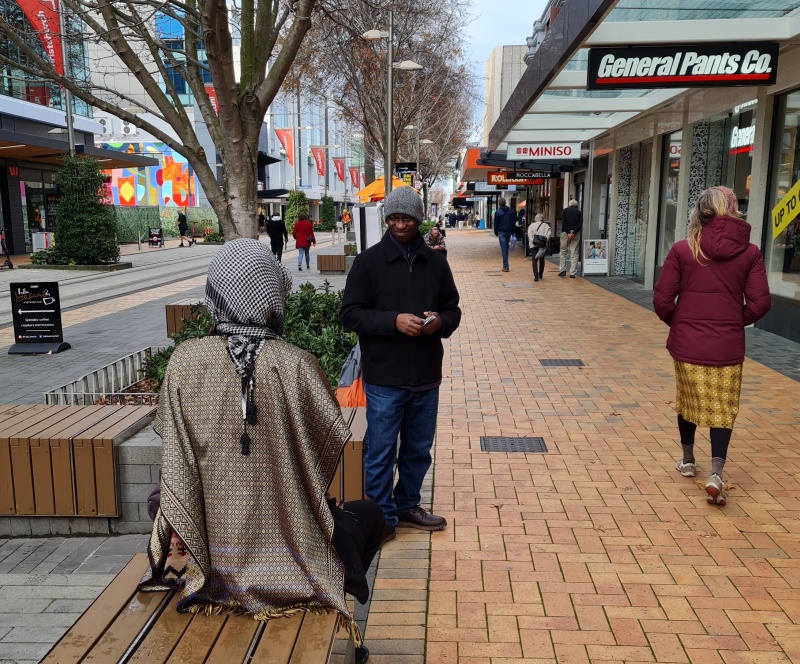 Having had a break, my legs were really sore today after doing five hours of street outreach.  Hopefully I’ll get used to it again quickly! :)

The day started with the gospel + abortion outreach outside the hospital.  I was first there, and didn’t have any signs.  So I pulled out some “Life is Precious” tracts and started to give them away to passers by.  Before long I had three ladies stop and engage.  Two of them seemed to have Christian backgrounds, but the third was younger and wasn’t sure if there was a God or not.  Going from there, I was able to share the law and the gospel with her.  The other two listened intently too.  The young lady seemed impressed, “that makes sense - thank you”.  I left them all with “Life is Precious” tracts, and I fished out copies of “Who Made It?” for them all too.  By the end of the conversation, Andy had arrived, and one of the ladies recognised him!  He had already spoken to her at the Eastgate bus stops.

There ended up being a team of five for the gospel + abortion outreach.  It was a calm outreach, with mostly a lot of support and encouragement for what we are doing.

Part way through, a young man walked past, I offered him a “Life is Precious” tract, but he smiled, tapped his pockets and said they were full!  I laughed to myself as he headed away.

Well, in God’s providence, later in the day, as I was just arriving at the spot where I was going to set up in Cashel Mall, I looked up and saw the very same young man walking towards me.  As he went past I said, “Your pockets may be full, but can I ask you a question?  What do you think happens after life?”  To my amazement, he stopped and said he thinks about it.  He was full of questions.  Starting from there I was able to explain how we know God exists, how we know we have sinned against God, and the hope of forgiveness only found in the sacrifice of Jesus.  He seemed a bit overwhelmed, I could tell he needed time to process what he was learning.  He took a “Who Made It?” tract (his pockets weren't too full now!), and I pointed him to needGod.net on TikTok, where many questions are answered in 1 minute videos, that he can process in his own time.  What a wonderful follow up opportunity!  All glory to God.  I leave him in His hands - who is the only one who can save him, through the gospel message he heard.

Once I had my flip chart up, I flipped it to the “What happens after life?” page.  Most people are put off by this page - it’s the last thing they want to think about.  But I had a lady come over, take a tract, and hesitate - she wanted to talk about it.  I asked her what she thought and we went from there.  She said she was a Christian, but didn’t go to church.  I was able to clarify with her exactly what gets us to heaven, and then I encouraged her to find a good local church to be a part of.  It was a short gospel opportunity, but a very important one as well.

There ended up being a team of five in Cashel Mall as well, including another newbie, Daniel, someone Roger or John had encouraged to come along.  I ended up pairing up with him.  We ended up having a “Christian” guy come and sit next to us for most of the outreach (pictured).  He denied justification by faith alone.  And I ended up being pretty direct with him in conversation.  I gave up, and John ended up continuing the conversation.

To end the day, I spent a couple of hours online.

Glory to God for the day of gospel outreach we were able to engage in!