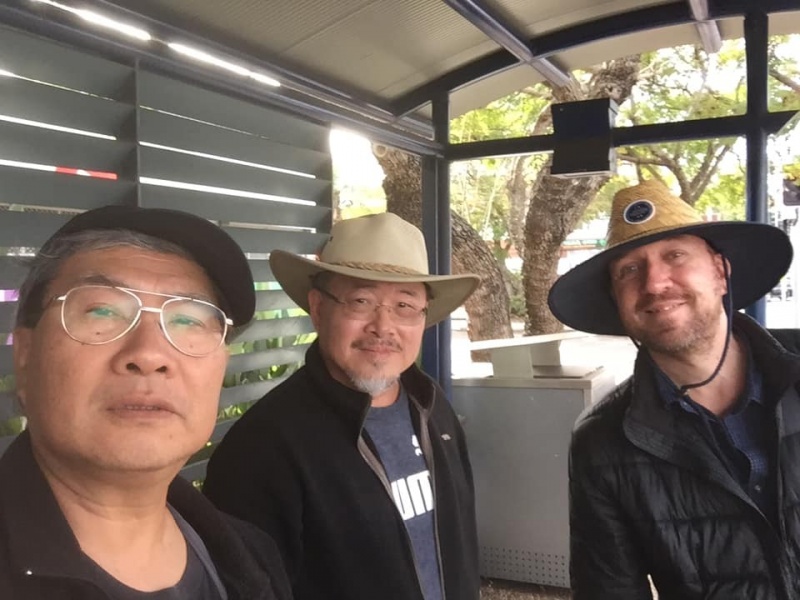 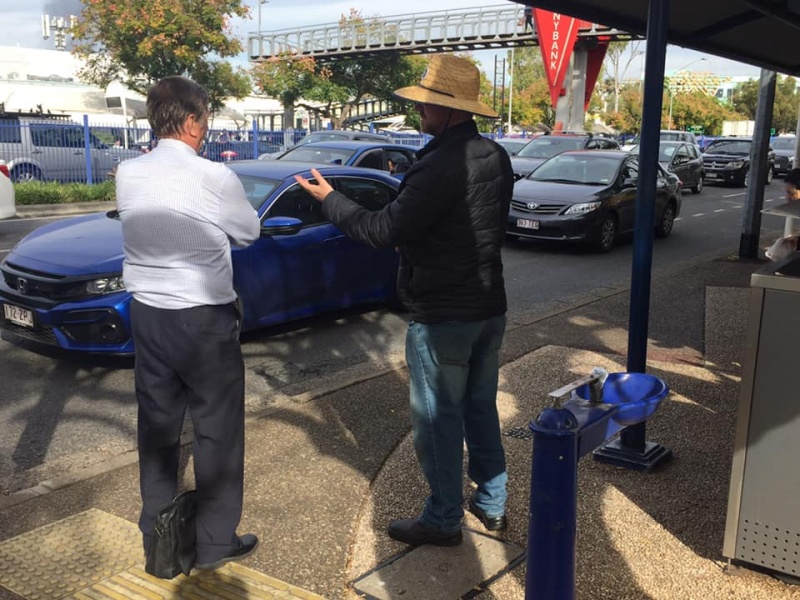 By the grace of God, Johnny, Gary and Hung turned up for this regular Street Evangelism ministry at Sunnybank. Gary moved around between the two sides of Sunnybank while Johnny and Hung stayed mainly on the West side of the Sunnybank Plaza front. Again, it was a fruitful day with almost non-stop gospel conversations to people of all nations. God used us to reach out to people of both same culture Chinese from Taiwan, Mainland China and Hong Kong and cross-cultural people group from Indonesia, Vietnam, Pakistan, Philippine, Ireland, UEA etc. I was most impressed to see Gary stopped a group of 5 Chinese ladies possibly from mainland China to listen to his gospel sharing. I bet they would not stop for me a Chinese looking man but would react to feeling obliged to stop to listen to a Western person with an earnest expression. God is really the one who is in control of all the divine appointments assignment entrusted to us as His servant and messenger to convey good news to people of all nations.

Recap below were the 8 conversations given to me by God: -

1) Johnny first chatted with Madam Chang張 from Fuzhou 福州China. She is attending Logos Christian Church 恩道but with incomplete understanding of faith. Since she claimed she chatted with me before so Johnny just let me take over the chat. It was lucky that her bus took long time to come so I can kept sharing till the bus came. Pray that she will humble herself to really join the church’s Bible study to get all her query about the Christian faith clear.

2) Then I approached an English-speaking Indonesia lady and shared the gospel just before the bus arrived.

3) Eason a Vietnamese middle age man who claimed to be a Christian after I shared him the gospel for a while. But his response to my question at the beginning did not show he has assurance of salvation but it was a pity I had no time to correct him because the bus just arrived then.

4) I approached another Muslim Girl who was very responsive to my questions but again it was a pity the bus came two quick.

5) A Filipino Christian but has no knowledge of salvation, she claimed to be very busy and I volunteered to walk across the bridge with her but she seemed to be very scare of exposing her ignorance about Christianity despite claiming herself a long time Christian.

6) Vienna an Australian Born Filipino (ABF) still doing High school whom I met few weeks ago on April 28. Actually Vienna remembered exactly it was four weeks ago that we met. She said she had read the tract at home but still not ready to ponder for a commitment to accept Jesus. I went over the gospel again helping her to realize she is not perfect and does need Jesus to take her place to receive the punishment of her sins. She appeared really receptive and promised to have a good thought about it.

7) Margo an Irish did not mind to be disturbed by me while he was playing with his iPone. Overall speaking he was receptive to the message and willing to ponder to accept Christ.

(8 ) Elaine a joyous Christian from China but has no assurance of salvation thinking she only has 60% chance to Heaven. It was a pity I had no chance to help clarifying for her as the bus came. Pray for a reunion in the near future. 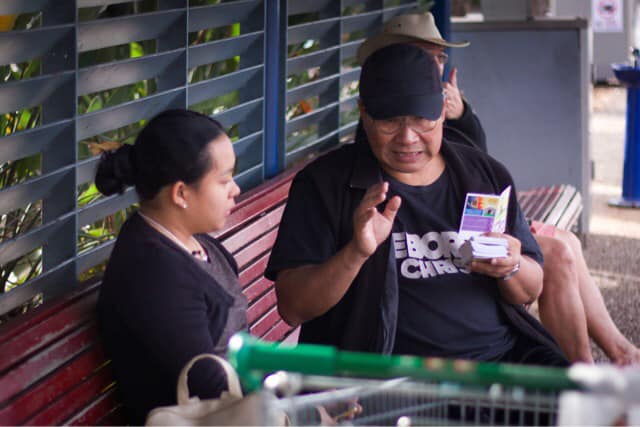 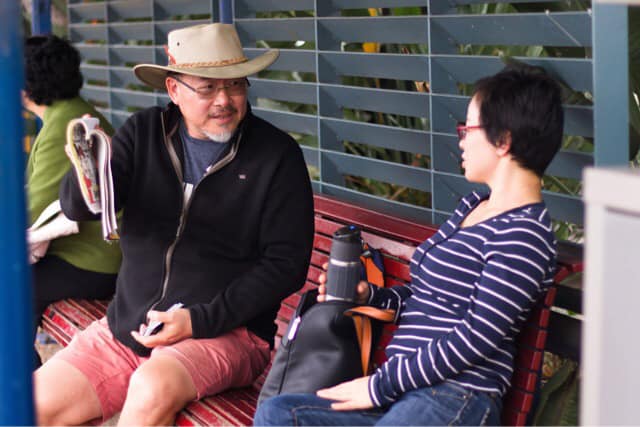 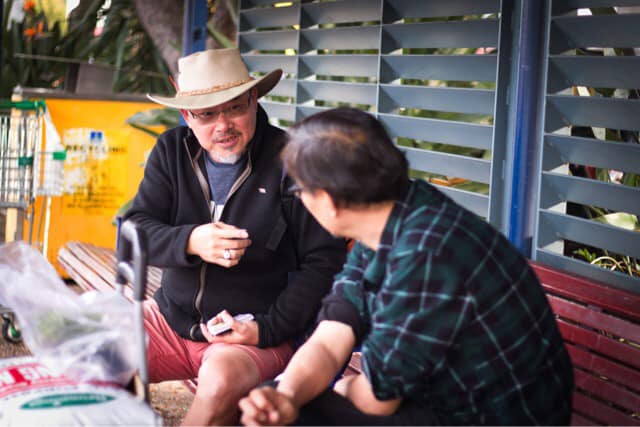 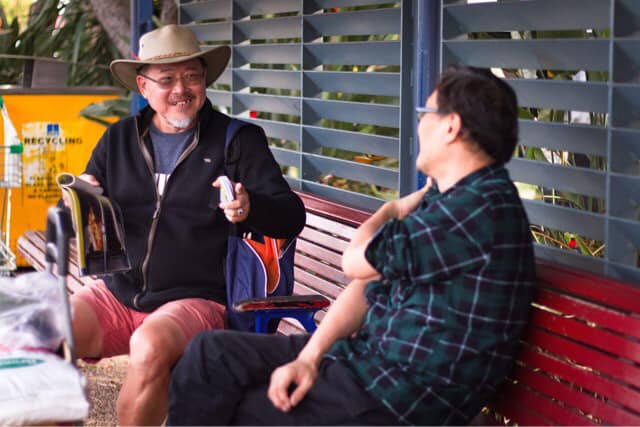 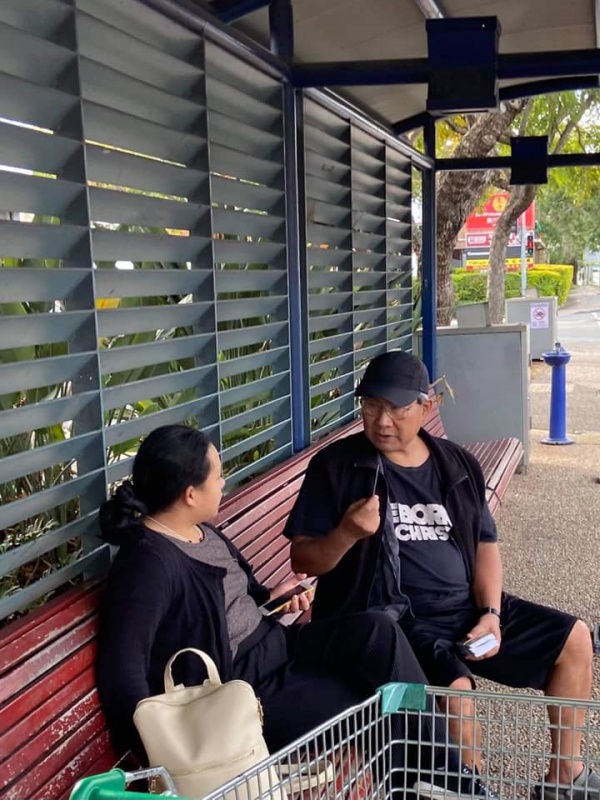 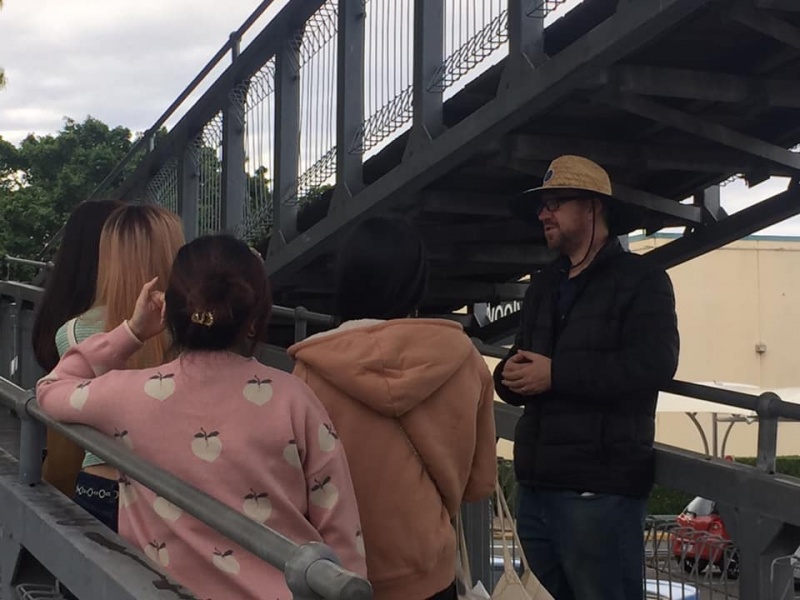 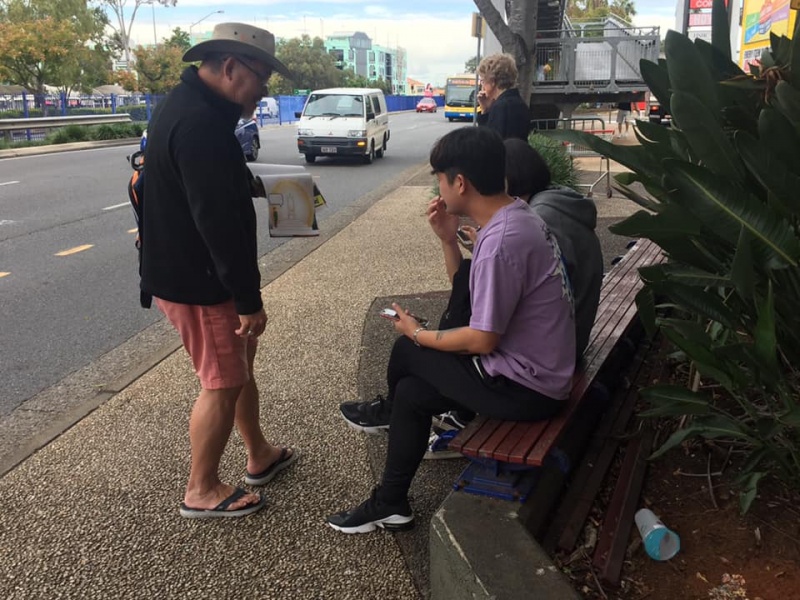 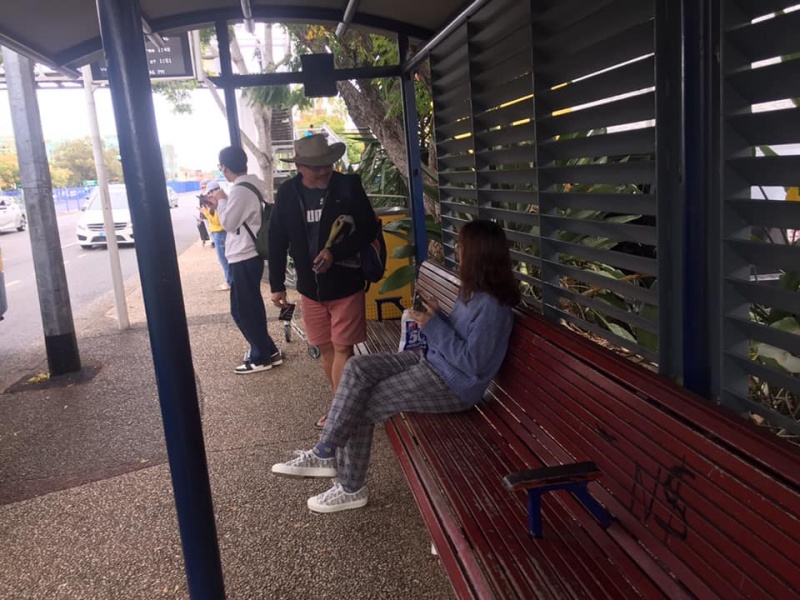 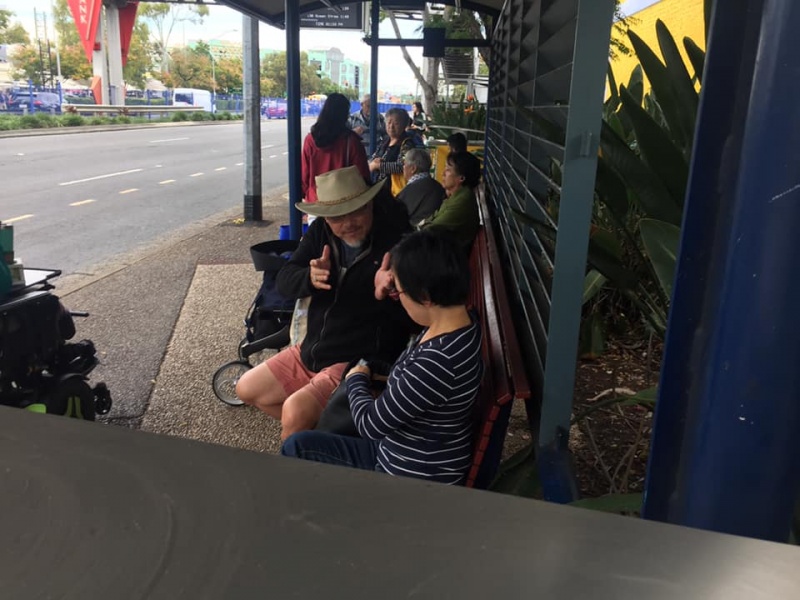 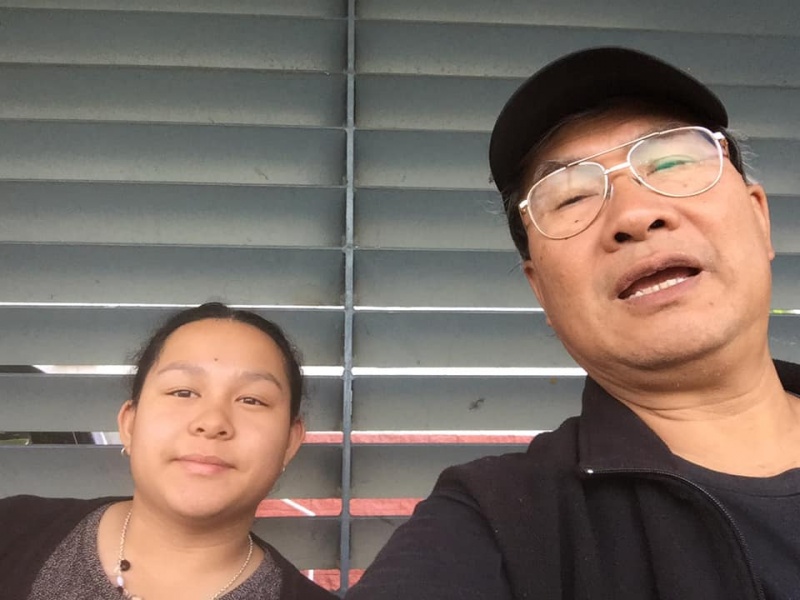 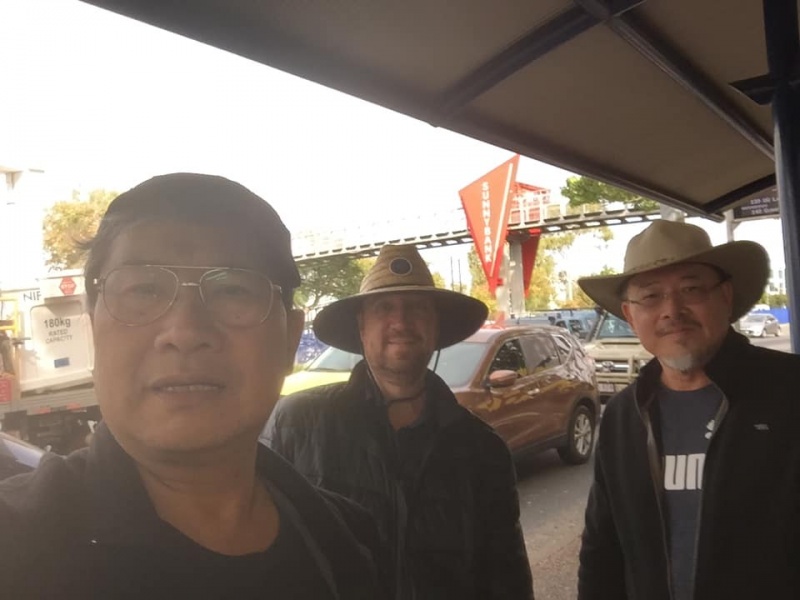 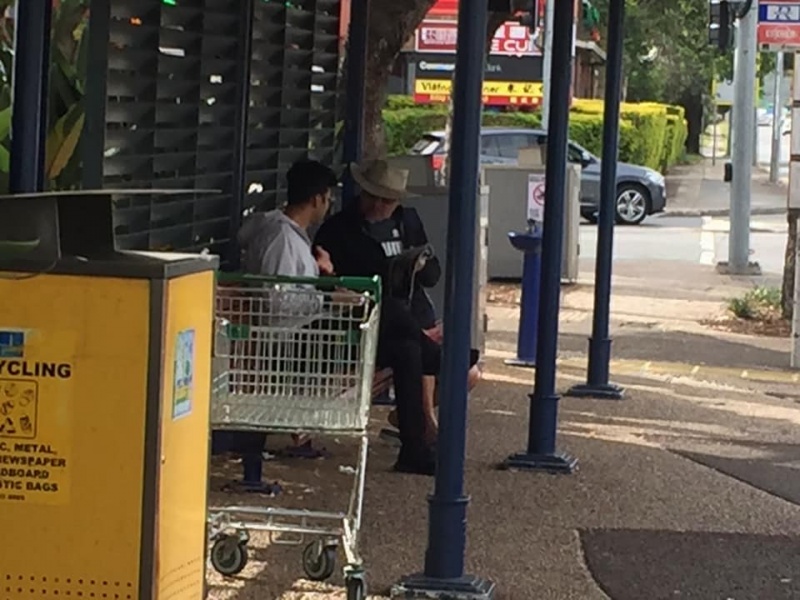