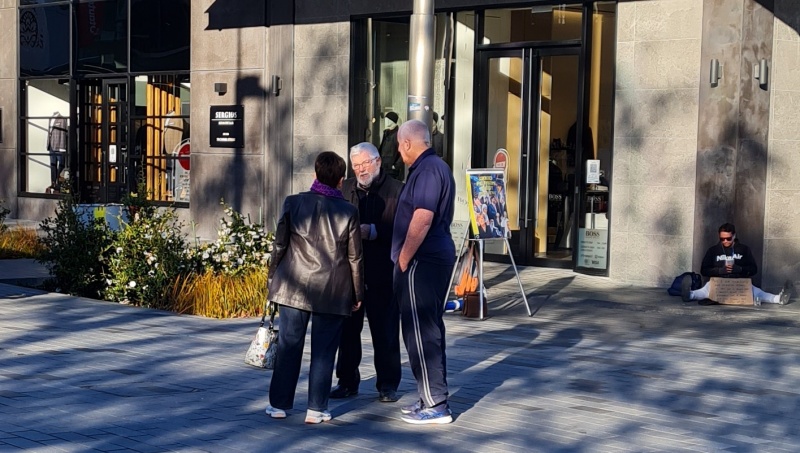 Today saw another calm gospel + abortion outreach outside Christchurch hospital.  Not many conversations, but tracts were received.  We had a guy walk down the line and shake all our hands.  I was at the end of the line, and I asked him what he thought happened after life.  It turns out he is Mormon, so I challenged him with the gospel.  I knew I wouldn’t have much time, because his wife had kept walking - so I was direct to try to shock him into thought.  He didn’t like it - but I love him too much not to confront him.  We parted on friendly terms, and he left with both a “Life is Precious” tract and a “Who Made It?” tract.

Moving into the city, I hung around Speakers Corner while eating lunch.  A real little community is there now.  One side has Christians wanting to engage people with the gospel, and the other side has hecklers.  In the recent past I’ve felt like it was a bit of a circus, and didn’t want anything to do with it.  But today I was struck with the civility shown.  Both sides extend much respect to the other, in spite of strong disagreement.  Long may this continue.

Steve was preaching for evolution and against creation, when a guy I’ve never seen walked into the middle of speakers corner and started getting really angry with Steve.  “These people are good, stop speaking against them!”  Sadly he was out of control, and both sides told him to calm down.

Steve finished speaking, and so I decided I would preach - it’s been a while.  I really enjoyed it.  Proclaiming the law and the glorious gospel as loudly as I could.  Embarrassingly, my voice squeaked quite a few times.  Oh well.  The hecklers interjected quite a bit, I did my best to answer when the questions were good.  When they were silly, I ignored them and just kept preaching.

There was a guy there who listened intently, he had been interacting with some of the Christians before I turned up.  Well, I went to the Bridge of Remembrance to meet Roger and do some one to one outreach there.  Low and behold, this guy turns up not too much longer, and starts begging on the corner - while doing this he was reading a copy of the gospel of John.

I went over and sat next to him, it turns out someone had led him in a sinners prayer!  He was excited and keen, and looking forward to going to church on Sunday.  I had a wonderful opportunity to make sure he understood the gospel.  We chatted for about fifteen minutes where I slowly worked him through the law and the gospel, and then started walking him through checking questions (it was at this point that I realised how intently he had been listening to my preaching - he had remembered many of the analogies I had used).

My final checking question came from a different angle, and it caught him off guard.  He thought for a second and then subtly fell back into salvation by works: “Well, I try, I’ve started the steps (he meant that he has “prayed the prayer”), and I am more humble now”.  It was a great teaching opportunity to show him how all those things are pointing to himself and what he has done to be “saved”, rather than looking to Jesus as the only reason he is saved.  I think it really started to sink in at that point.

As Roger and I wrapped up the outreach, the guy I had talked to at the start was still there (he had been reading the gospel of John the whole time).  So I went over to check that he still knew why anyone would get to heaven.  He got the answer right the first time!  Praise God.  I’m confident he knows the gospel, I leave him in God’s hands.  He has my contact details, and I know which church he intends to attend on Sunday.  Lord, change his heart - for your glory, Lord, show him your mercy and grace.

Thursday is a big day of online outreach for the team.  I had twenty five chats for the day.

I had a fascinating chat with a kid and his sister.  He seemed to know the gospel already, giving great answers to the checking questions.  But his sister wanted nothing to do with Christianity, and moaned in the background as I talked to her brother.  To end the conversation she called out that “I want to go to hell where the gays are”.  Sadly, she wouldn’t engage in dialogue.

My next chat was with a guy from Kenya.  I talked, he typed.  By the end of the conversation he was professing faith!  Glory to God alone.  His background is protestant.  I pointed him to his Bible and a good local church.

Later in the day I had a long chat with a Catholic guy who seemed to work in academia (economics).  He engaged early, and asked lots of good questions.  I kept bringing the conversation back to the law and the gospel, multiple times.  He had been raised thinking he had to be good to go to heaven, and I could see he was challenged by my precise explanations of the reality of salvation by grace alone, through faith alone.  He was understanding, but he didn’t want to completely let go of his work for salvation (pride?) and he latched on to my explanation of the reality of repentance in the life of a believer - skewing it.  Once again I challenged him, but sadly his countenance hardened and he left the conversation.

My last two chats of the day were very refreshing, both with young men from the US who were open to the logic of the gospel.

With the last chat, the video froze right at the end of the conversation, so we finished by switching to text chat.  I asked him if the conversation had helped.  “Yes actually thank you, I really appreciate this, I never caught your name sir”.  We exchanged names, and I gave him a way of getting in touch if he desired.  I’m confident he came to understand the gospel.

Lord, we leave all these people in your hands.  Save your elect, in your timing, and knit them into your church.  Be glorified. 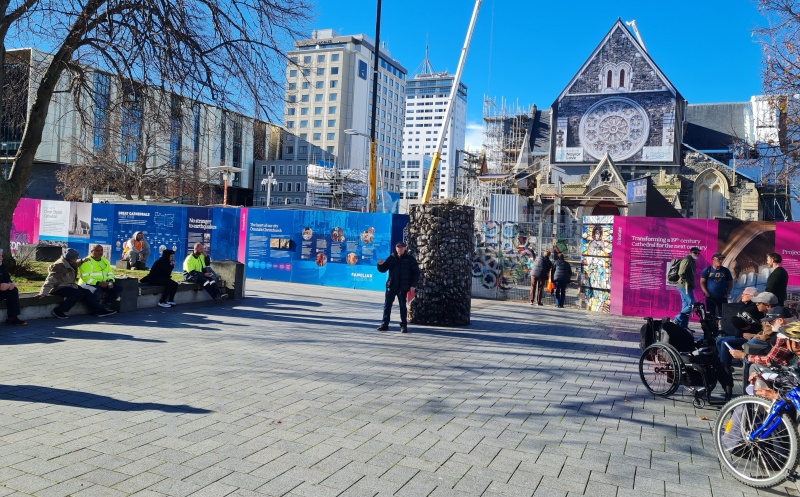