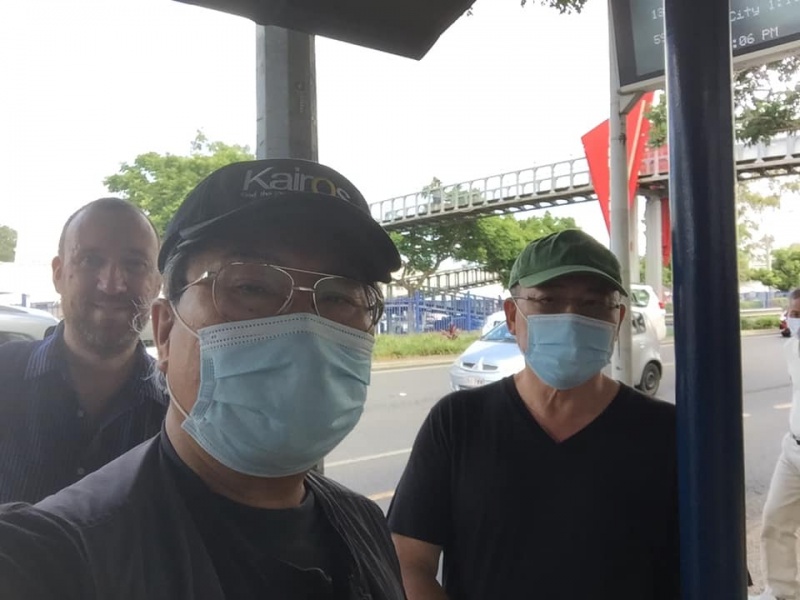 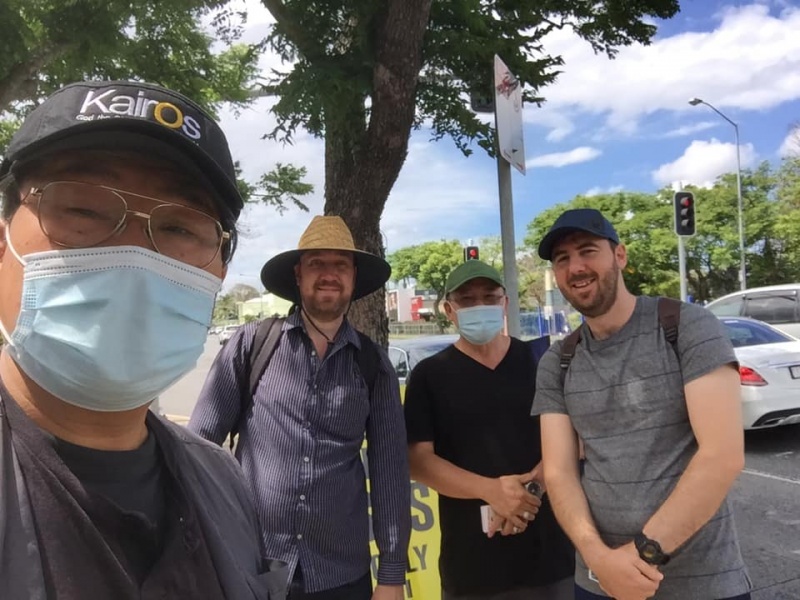 We were over joy to have Ben joining us, Johnny, Gary and Hung today at Sunnybank. Ben uses to meet and serve with Johnny at the Inala Shopping Centre on every Thursday. We are grateful to God moving Ben to join us, hopefully on a regular basis from now on. Johnny chose to return to his old position on one of the corners of the pedestrian foot bridge on the Sunny Park side. I, Gary and Ben stayed on at the bus stop on the Sunnybank Plaza side. It was a good day of outreach with mixed results and surprise divine encounter. A young girl from Malaysia who chatted with Johnny first. I tried to go over to take a photo of them but their chat finished before I got to them. The girl just walked up the foot bridge and we walked pass each other. Instead, I took a snap shot of the girl when she passed by rubbing shoulder with me. Then half an hour later. The lady Sherina Lee appeared at the bus stop of the West side. She took initiative to greet me as if she knew me. Later, I found out that she confused me with Johnny simply because she saw me holding the same kind of tract in our hand. It however, kicked start a good conversation letting me to reinforce the gospel in her mind and encourage her to response to the tender voice of the Holy Spirit to receive Christ as her Saviour. Then weirdly, she left the bus stop as if she came her to meet me. God’s amazing work kept surprising me to not limit my self for any seemingly impossible situation for the Gospel sake. Recap was my Battle Log for Sunnybank today: -

1. My first gospel target was a man from Mainland China who claimed himself as a Buddhist.佛教男子 His intention was to decline to chat with me, but I still managed to tell him Buddhism is good but just as good as all other religions telling people to be a good person. Yet unless we are perfect, good and bad persons all go to hell to face judgement after death and be convicted to suffer eternally in Hell. He was interested to note that only Christianity provides a righteous solution to address sin that proper punishment will be exacted on every sin we committed. Yet it was Jesus who voluntarily took our place to receive the punishment as such we are deemed as sinless ready to be accepted back to our heavenly kingdom home. Pray that the message will work in his life.

2. Then I met up with Salina, a member of Rev Abraham Chen’s One Heart Church.陳有文牧師的會友，上了把握時機一課. Actually, on Sept 1, 2021, Salina from One heart Church greeted Johnny again. I took over to ask about her church general status and tried to introduce Kairos to her. 合一教會. Today I again had a long chat with her using the Kairos approach to deepen her understanding of the gospel as well as God’s Dual Kingdom and Redemption Project.

3. A local Aussie man was friendly and receptive to hear the gospel. It was a pity that the bus came too quick to cut our conversation short. Still pray that the Tract will serve the purpose as God’s Willing.

4. Then I caught up with a young lady from Le Shan Sichuan. 四川東北願意聽. My personal testimony of joining the rescue team of the Sichuan earth quake in 2008 had drawn her interest. She could feel the work of Jesus in my life through professing the Christian faith. She apparently was attracted to pursue but at this time her friend from Shan Dong came to end our long conversation. I anyway still managed to give that girl a tract and pray that it would take effect as God has planned.

5. I went over to the East side where there was much less chance to share the gospel. There was only one local ussie man at the bus stop. I had already politely introduced myself but that man still responded in rude manner accusing me approaching him without self-introduction and asked for permission to speak. The fact was as mentioned I did introduce myself telling him my name. So, I did not argue but pull away to let the rest to God.

6. Sherina LEE from Malaysia was very nice greeting me because of my tract . I anyway took the chance to refresh the gospel message with her as per narration in the above.

7. Then I met my last target today by the name of Shang Shan Dong響山東, despite being a mainlander and a non-believer, she seemed to be very interested in the gospel message. Another man listened from beside was also drawn into the gospel sharing and he took the initiative to ask for a tract as well as my phone number which I failed to give him as the bus was all waiting for him to board and leave. So, all I can do is to uphold all these to God. 非常有興趣丶另一男問電話？ 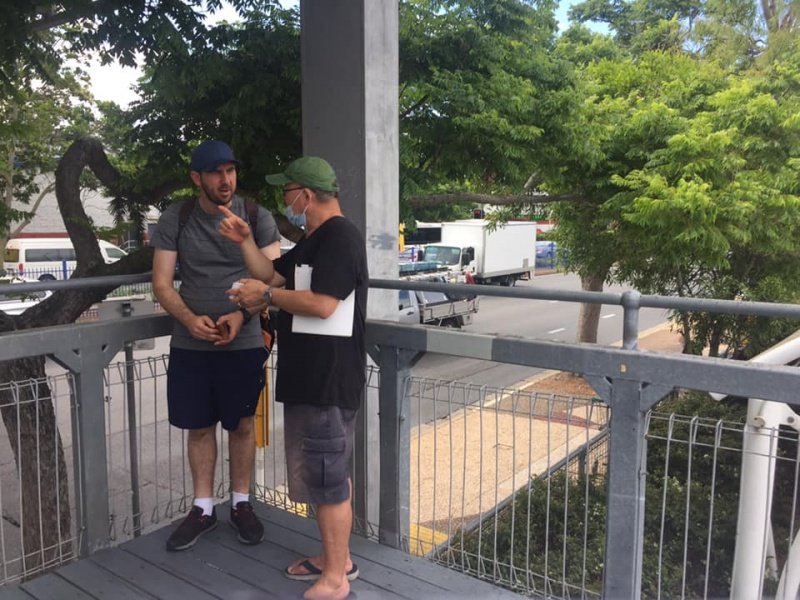 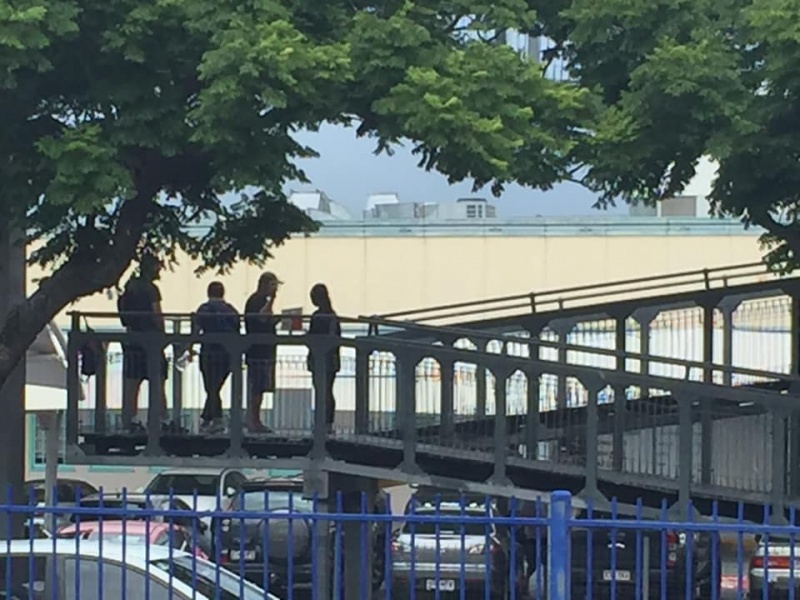 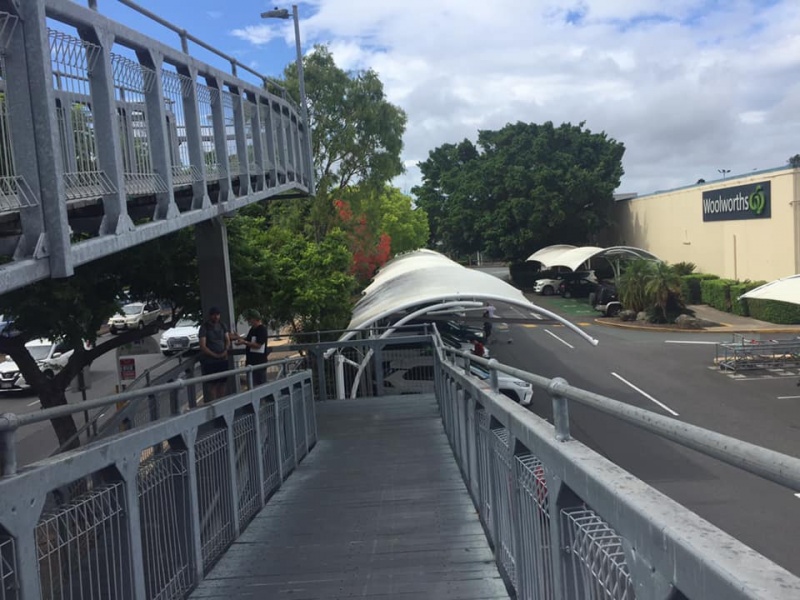 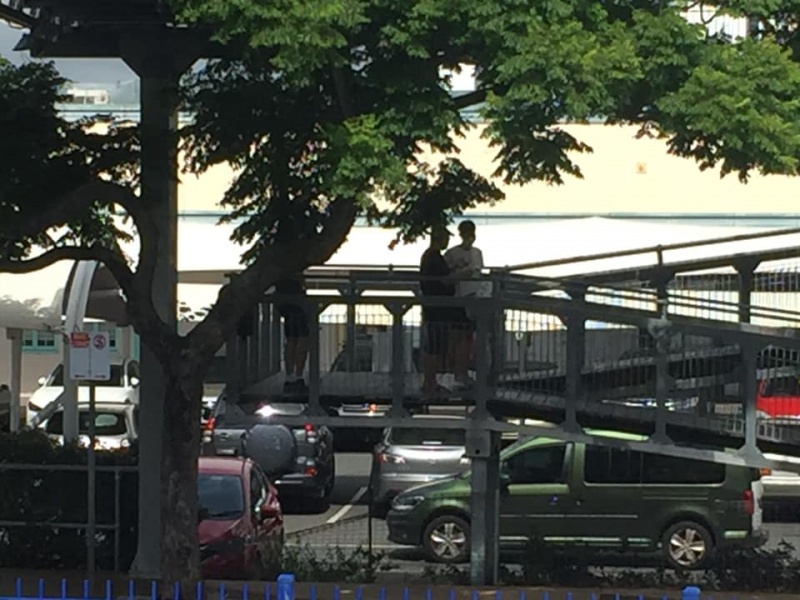 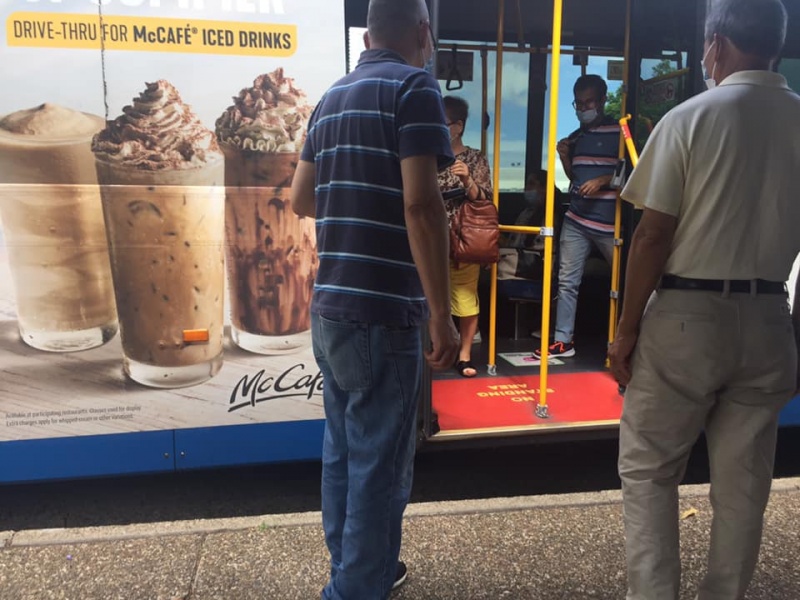 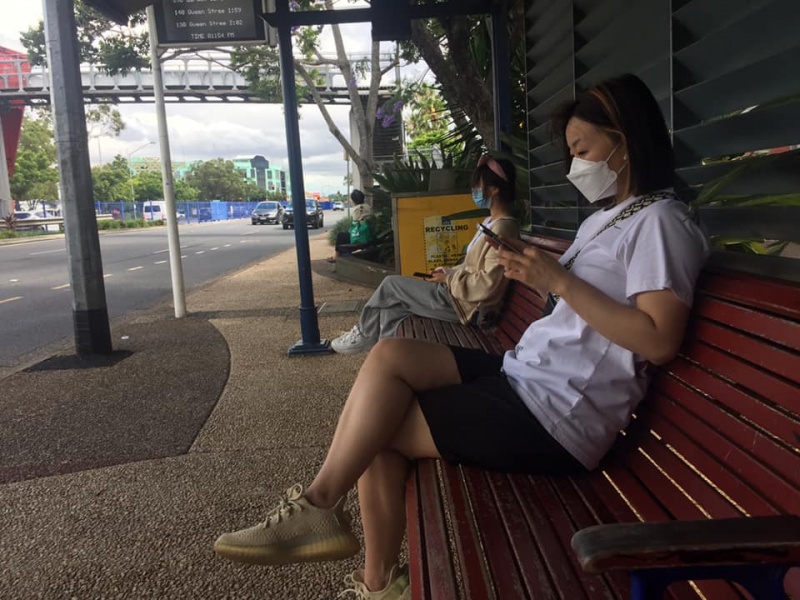 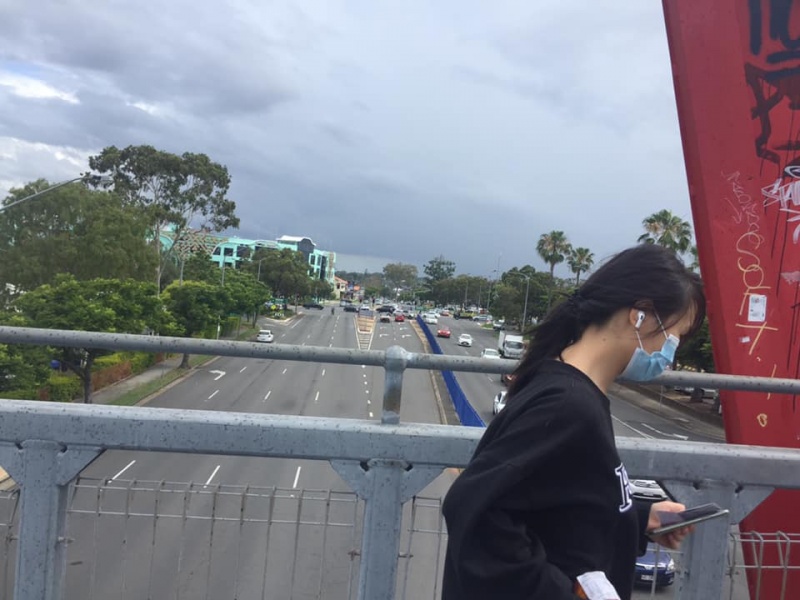 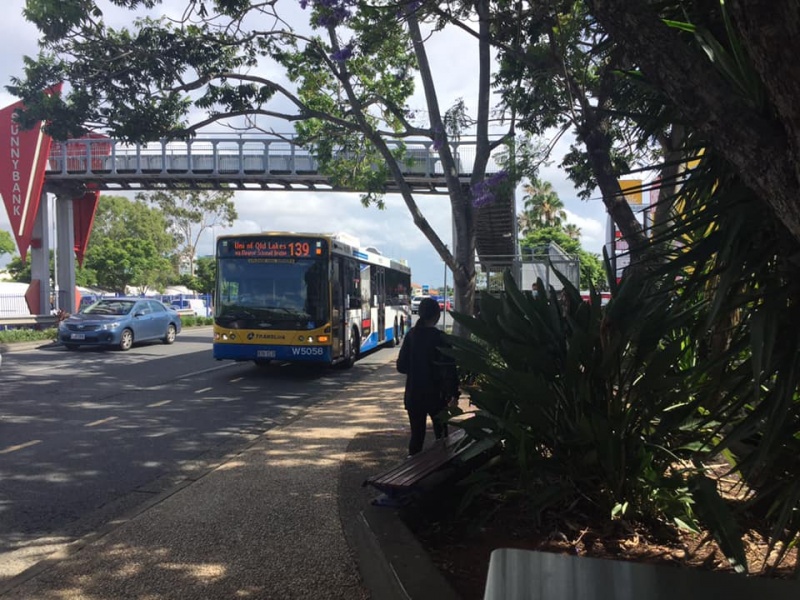 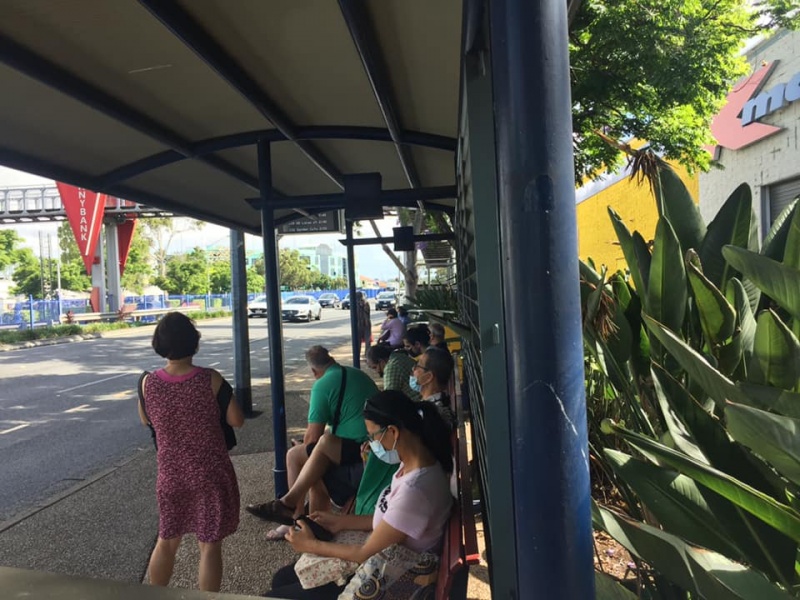 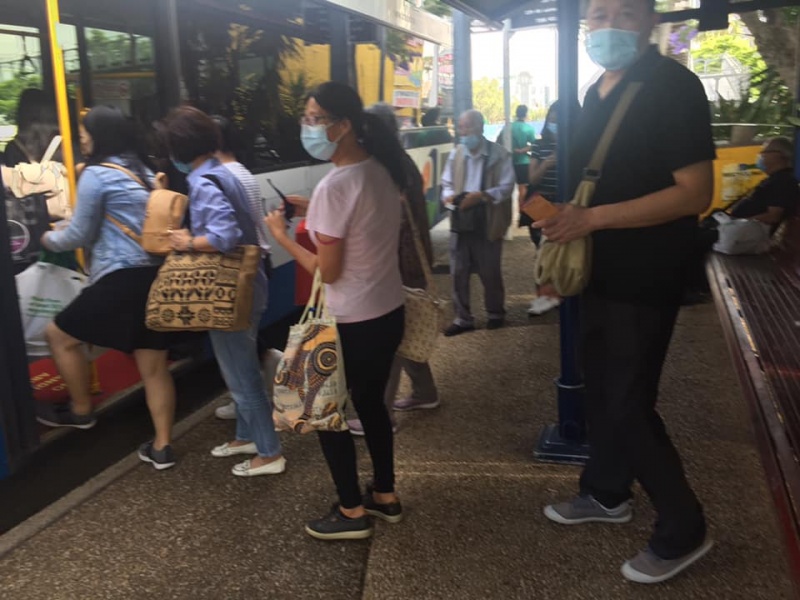