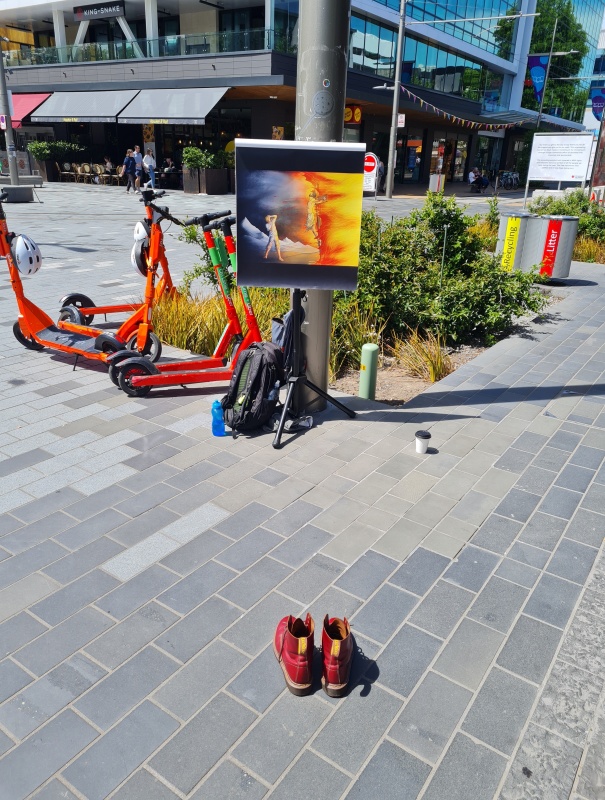 Christmas is in the air!  How can I tell?  Ballantynes department store have set up their Christmas themed display across their shop windows (pictured) and I’ve noticed a significant uptick in people in the central city coming to see it!  Not only that, Ballantynes have set up a barrier around the display, which ultimately pushes people walking past further out and closer to my gospel nets!  So, for the time being, I’ve switched my gospel tracts to a Christmas themed one - and I’m noticing that more are being received than usual.  Please pray that they would be read, and it would lead to the salvation of souls for the glory of God alone!

Obviously I get ignored a lot while out on the streets trying to witness.  I often pray, wondering if anyone will stop at all.  And yet I’m often pleasantly surprised in the wonderful gospel encounters the Lord provides.

One Sunday afternoon, I had a large group of teens go past.  I was able to semi engage some of them as they walked past, but they pretty much ignored me.  Yet, the last young man in the group did stop to take one.  He gave me about 30 seconds of his time, and I was able to challenge him on the real reason he is rejecting the God he knows exists: he wants to be his own god.  I could tell he understood me - and he had never considered it before.  He took a tract, thanked me and went to catch up with his group.

Well, low and behold, about 30 minutes later, I offer a tract to a kid in another group going by.  She stopped and accepted it - she wanted to talk, and then I noticed her friends start to gather around me.  And then I realised it was the same group of kids!  The young man I talked to was at the back.

It was a set up!  I could tell, they had come to pick on the Christian.  But they didn’t get what they were expecting.  They were initially friendly, but I instinctively flicked to presuppositional apologetics, wanting to challenge the basis for their worldview.  It wasn’t something they had heard before, and they started to drink it in before realising the implications.

Sadly, at this point a streetie, seeing the large group I was talking to, wanted to interrupt and inserted his hatred for God - it changed the whole tone of things, and the kids picked up on the hatred of the streetie.  And their issue was homosexuality.  The conversation was over, sadly, and many of the kids started leaving - but one of them was gay, and wanted to have a go at me.  I was faithfully in saying that homosexuality is a sin, and yet I preceded that by saying I’m not to hate anyone - in fact I love you.  I love you enough to tell you the truth.

Once the kids had left, I was able to engage the streetie - I managed to calm him and challenge him before he moved on as well.

Before that, though, I had a great chat with a doctor who worked at the hospital.  I think he appreciated the fact that I was wearing a mask.  He heard the law and the gospel.

Susan (pictured) arrived and we decided to set up the flip chart.  We moved further down the mall for this.  Again, we were ignored a lot, and then a young man decided to come over and wanted to do the good person test.  It was a fairly standard conversation.  When we were discussing the false ways to heaven, he started talking about confession - and I flagged him as a Catholic.  I was able to explain why confession wouldn’t help him get to heaven, when he flicked to his good deeds - not a surprise!  I then had the joy of explaining Jesus.  I could see he was deeply challenged.  It was at this point that I asked if he was a Catholic - to my surprise he said he is Exclusive Brethren!  Although I shouldn’t have been surprised, as when you boil down all religions except Biblical Christianity they say: “be good” (I’ve talked to Catholics that I thought were Muslim).  I became very frank with this young man, trying to jolt him from the broad road he is on.

The following Friday was amazing!  I arrived at the Bridge of Remembrance end of Cashel feeling quite down, and yet I prayed and set up my flip chart.  A couple of other local evangelists were there, and so I was briefly talking to one of them when I suddenly turned around and saw two people intensely studying the front page of the good person test!  I promptly engaged them and ended up having one of the best gospel conversations I’ve had in a very long time.  They were extremely open, and it was as if God had been preparing them in advance for the chat with specific recent events.  I went through all 19 pages of the flip chart with them, and the chart correctly anticipated the misunderstandings of the gospel they had and really brought insight to them.  At the end of the conversation, they even hugged me!  They left with tracts, and I felt bereft as they went.  I wanted to wrap them up and bring them to church and disciple them!  And yet, that is not to be my privilege.  God must save them first, and if so, he will lead them to the church!

It was at this stage that I was able to pray with others of the team who had arrived.  But as we were praying, another guy walked right up to my flip chart and started engaging!  I peeled away from the prayer time to talk with him, and we ended up having a very long conversation!  Pretty much to the end of the outreach (there was only 15 minutes left).  This guy was different, more resistant, and yet he really wanted to talk.  We didn’t go through the flip chart like I did with the previous couple - it was just a conversation, with me trying to gently plow and sow as I could.  At one point, I was temporarily distracted with another person, and when I turned back, the guy I was talking to had gone… except for his shoes!  (Pictured!)  Haha, I knew if his shoes were still there he would be back.  Low and behold, he had decided to go to the nearby river Avon to cool his feet!  Judging his personality, I decided to recommend John Byan’s - Pilgrim's Progress to him - he diligently took note of this on his tablet before moving on with a Christmas tract.

Thank you so much for your continued prayer for the Operation 513 team in Christchurch and beyond.  We are so dependent on God, without Him, all our labour is in vain. 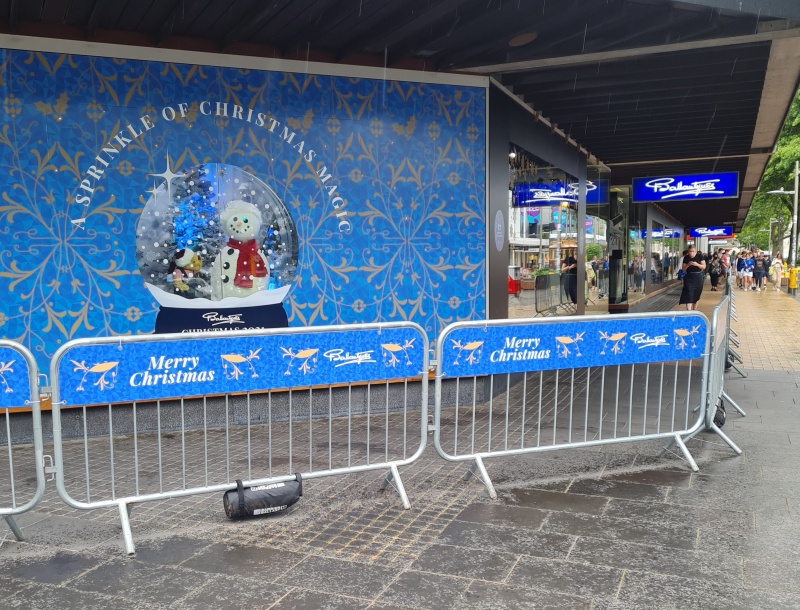 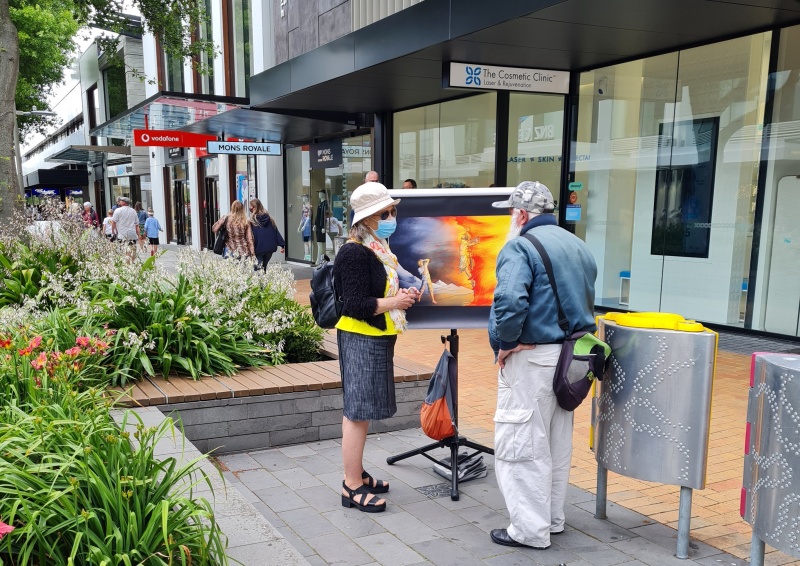