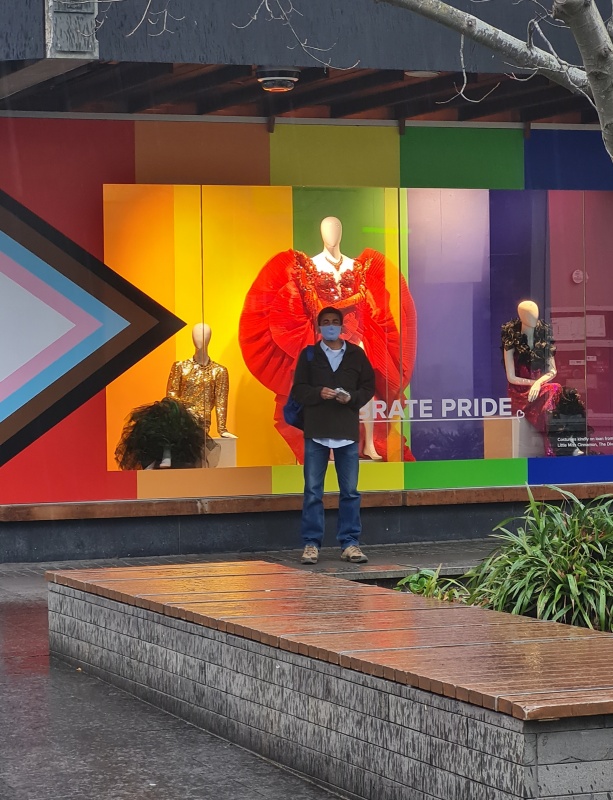 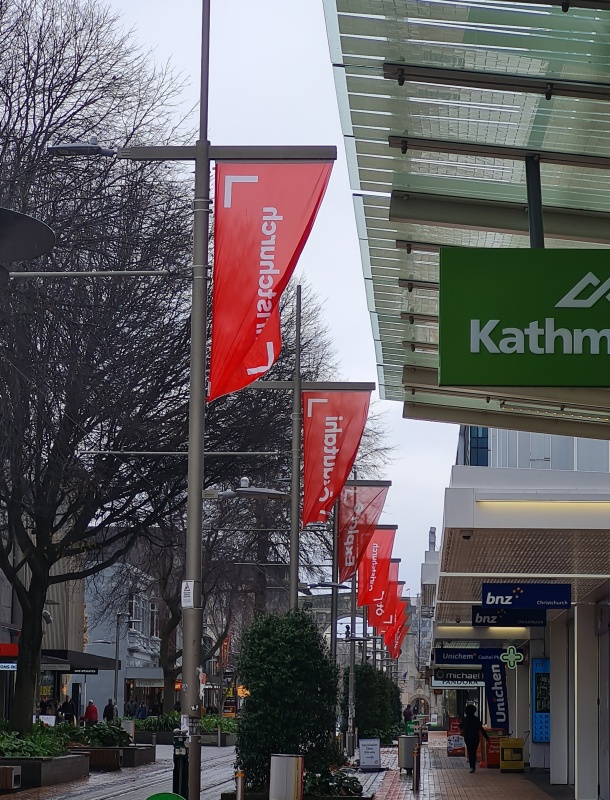 The Friday outreach seems so long ago as I write this on Sunday.  It was a busy outreach, with little down time; plenty of gospel opportunities!  I set up my flipchart, before heading over to approach someone who seemed to have the time for a chat.  Indeed they did!  I asked them what they thought would happen after they die.  She looked at me and said, “I’m probably going to hell, because I’m gay”.  Starting from there I was able to share the bad news and the good news with her, and her friend who joined her.  I was able to communicate 2 things clearly: 1) there is indeed hope for them to go to heaven and 2) that homosexuality is a sin.  They heard the gospel, but sadly there wasn’t real engagement from them at this stage.  Yet, they were happy to leave with tracts.  It was a friendly chat, and I enjoyed it.

I went back to my flipchart and tried to get conversations started with it.  There were 3 girls walking past at a distance, and I was very surprised to see one of the girls go out of her way to disengage from her friends to make a bee line for the flipchart, she wanted to know what the good person test was all about!  Her friends followed and I was able to have a marvellous gospel conversation with them.  They all seemed to be in different places.  The initial girl was chatty, the middle one was silent, but the subtle expressions of comprehension on the third girl's face filled me with joy.  It was such a great chat, and they all left with tracts.  In thinking on that chat, I would guess the 3rd girl would most likely become a Christian.  But, I have no idea, the gospel is the power of God for salvation, and only God saves.  Maybe the silent girl will become a Christian?  Maybe they all will?  Maybe none of them?  I’ll never know - but that’s okay.  Our job is to sow the gospel seed and pray.  God brings the increase.  Either way, God will be glorified!

As soon as the chat with the girls ended, a guy came over who wanted to know what the flipchat was about.  I’ve talked to him before, in fact, he has listened to our open air preaching before.  He “was” a Christian in the past, but is not currently.  He only had 5 minutes, but he ended up staying a lot longer than that.  We never actually went through the flipchart, he just hit me both barrels with the hard questions, esp. Why does God allow suffering and evil?  I patiently answered his questions as best as I could.  The answers are simple, they can just be hard to process sometimes.  He eventually had to go, and we parted on good terms.  He seemed to appreciate the chat and left with a tract as well.

Saturday was a bit slow initially, nice sunny day, and plenty of people going past, but no one was taking the bait.  In those situations, just be patient and polite.

A guy came and sat in the seats behind my flipchart, waiting for some friends.  I asked if he wanted to try it out - nope.  Did he want a takeaway version?  - nope.  All good.  I kept trying to start conversations with those going past, and trying to hand out tracts.  It was funny, because the guy eventually either became curious or had pity on me! HAHA :)  He asked my name, and then wanted to know what it was all about.  He accepted a tract and we started chatting.  But, when it rains, it pours!  Just at that moment, a lady who had walked past me earlier came back, walked right up to my flipchart and said, “I want to know all about it”!  The guy's friends came, and he left with the tract, so I was able to focus on sharing the gospel with the lady.  We ended up sitting on the seats and never used the flipchart.  She was very open, and we had a full gospel conversation, where she often interrupted with really good questions.  By the end of the chat, she effectively said “I’m in”, yet I got her to consider the cost of accepting the gift.  She was very keen to take a tract, and she said she would check out the needGod.net socials.

So after this chat I got into another solid chat with an American astrophysicist.  He was on the fence in regards to God (actually, there is no fence, but you know what I mean).  He had a Catholic background and a significant memory from that background was that he wasn’t allowed to ask questions, which he said made him angry.  Well, we certainly had a good time discussing questions and answers, and he also heard the gospel that good deeds are NOT required to get to heaven, because of Jesus!

So, coming to today’s outreach.  Looking at the weather, I nearly decided to cancel and just do online work instead.  But I decided to go, and turned the car around.  I rugged up warm against the elements, and just prayed that God would be glorified in my feeble effort.  I was so encouraged to see Binu turn up as well!  But just as he did, it started to rain quite hard.  We prayed together, and then found the driest spots we could.  I was amazed that I had such a busy outreach, I wasn’t counting, and it was a bit of a blurr, but I’d say I had at least 7 solid gospel interactions, not including all the tracts that were distributed!  God is so good!  One of those conversations in particular was really special.  It’s hard to describe.  It was just special.  A God moment.  At the very least, he seemed to gain much gospel clarity (thank you check questions).

I left that outreach tired, and cold, but inside I was warm and happy!  I just don’t understand why more Christians don’t join me.  You are missing out! :)

To God alone be all the glory! 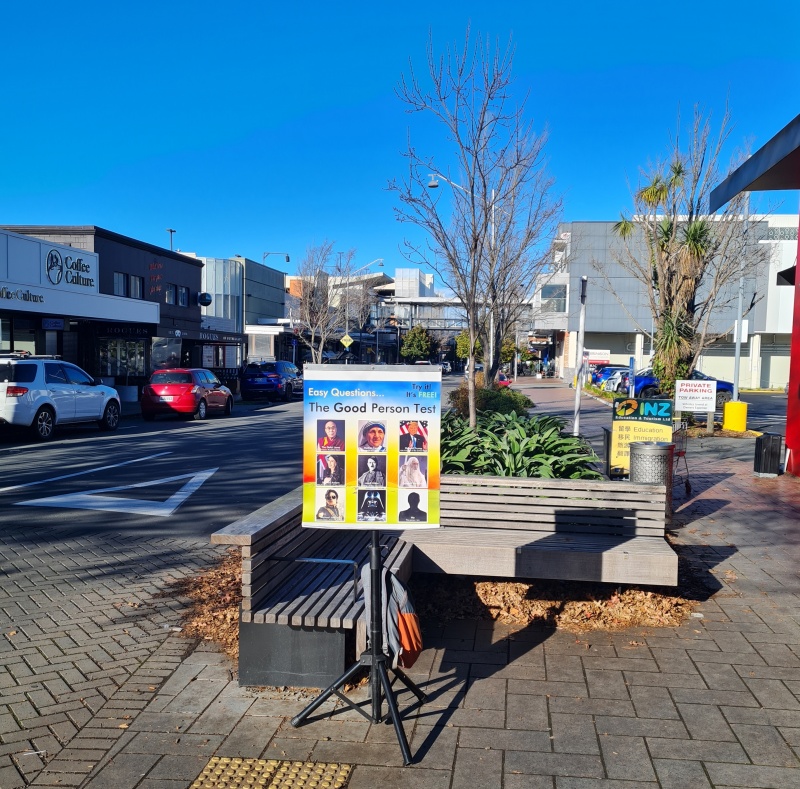 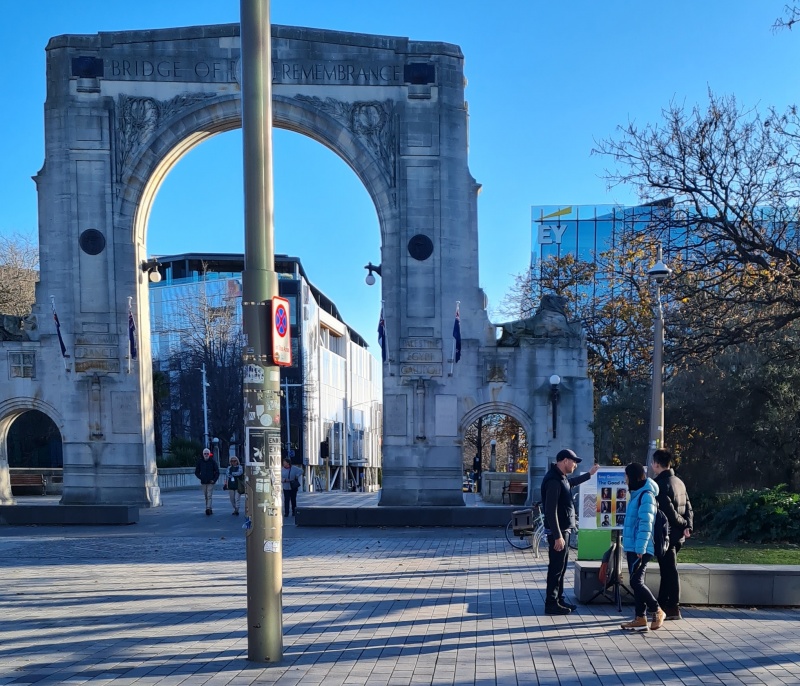 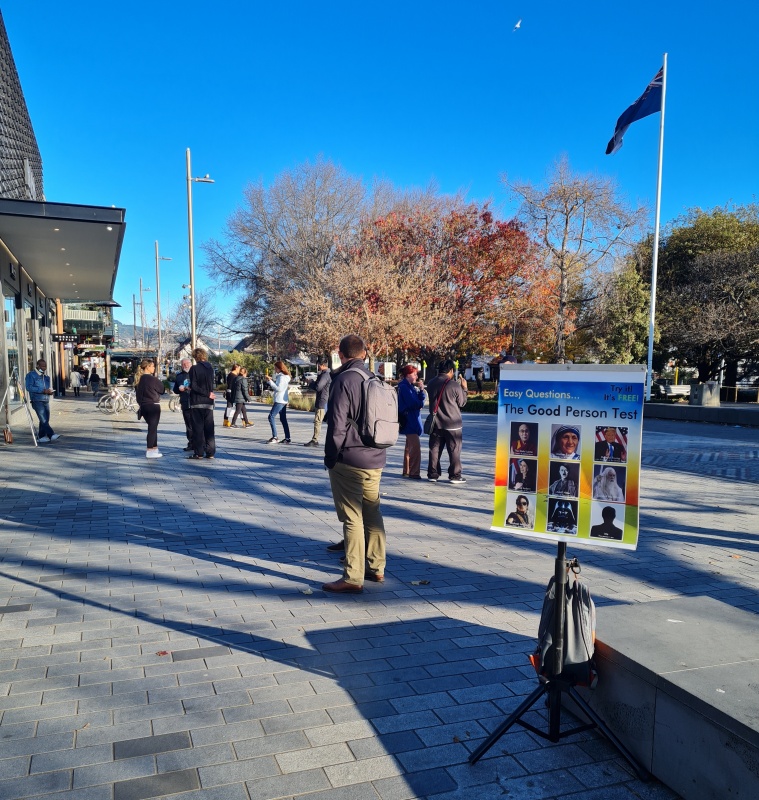 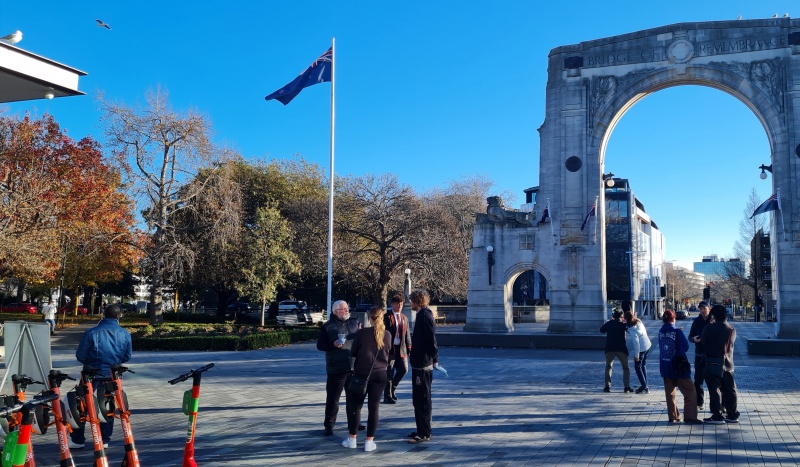