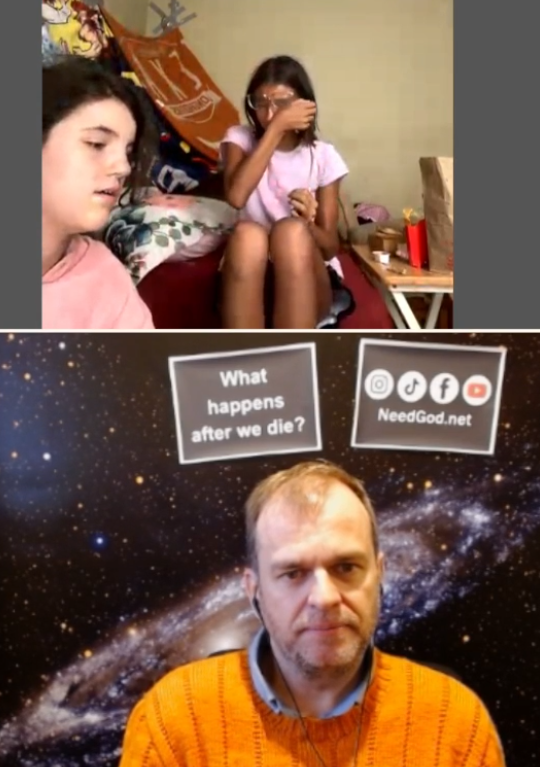 I checked the weather forecast at the start of the week, and it didn’t look good.  Rain, rain and more rain.  And yet, I determined that I wasn’t going to let it stop me.  Sure, in the wet and cold, online outreach is wonderful to do - and I often take the opportunity to go online when it’s wet.  But I thought about Joshua in Yangon, Myanmar.  He doesn’t have the online option.  Yet, he goes out in the heat and the rain anyway.  If Joshua can do it, so can I! :)

It was spitting as I headed to Riccarton on Tuesday afternoon, so I didn’t bother with my flip chart - in wet weather, it’s often better without it.  In the providence of God, the rain held off, and I was able to complete the whole 2 hour outreach without problem.  And I had some great opportunities to share the gospel.  3 chats specifically come to mind.

I was walking down Riccarton Road trying to get chats started, when a person I didn’t expect stopped at my question and wanted to engage.  I was able to take him through the law, gospel, and checks in a very efficient chat (it was cold, we both wanted to talk, but we both wanted to get moving again!)  I love it when you have those “unexpected” chats, it just reminds me that we can’t judge from what we see externally.  We don’t know what God is doing on the inside.  The gospel is to be proclaimed to everyone.

The next chat that comes to mind was one with an older teenage girl with a Muslim background.  She was very keen to receive a tract and eagerly engaged in conversation.  She too came to hear the gospel.

Finally, I approached a largish group of teens.  These chats are often tiring, but I had the energy, and with God’s help we can do it!  I ended up being able to hold the attention of most of them in a back and forth conversation.

The exact details of these chats are a bit dim as I write.  But it fills me with such joy knowing that the attributes of God are being explained, and the gospel proclaimed - for the glory of God alone.

It was dark and threatening rain on Friday morning, but by the time the afternoon outreach started, it was sunny!  Very glad for the sun, as it was bitterly cold.  Roger, Andy, John and myself were all busy in conversations.  My first was on Cashel Mall, before I did a wander over to Cathedral Square where I was able to spark up a conversation with a young Catholic guy who was on his break.  It was so interesting to listen to what he was saying, because he was making things up on the spot.  I eventually called him out on his Idolatry (making a god to suit himself).  In spite of his profession of innocence and guitlessness, later in the conversation he admitted to his sexual immorailty (pornograph), and, multiple times, I was able to reason with him on the gospel.  He stayed a long time to chat, but eventually had to get back to work.  He seemed to appreciate the chat.

I made it back to the bridge of remembrance via Worcester Blvd.  As I walked, I handed a tract to a young guy walking briskly in the other direction.  Who knows, maybe he will read it and be saved?  The simple gospel message is the power of God for salvation.

Back at the bridge, I was really encouraged to see Roger, Andy, and John all in conversations (see pic).  John ended up pulling me into his, and I was able to work through all the check questions with the guy.  He left counting the cost of the gift.

Saturday I was back in Riccarton.  I’ve just sat here trying to remember what happened on that outreach.  It was only yesterday!  But I remember now.  It started with a chat with three teen girls.  One was keen, but the other 2 were a bit standoffish.  Yet, I went through the law and the gospel.  I could tell that they didn’t really like what I was saying, and yet they couldn’t really argue with it either.

Soon after I had 6 teen guys go past.  I was able to get them to stop because of the flip chart, and they quickly engaged.  A couple of them were giving all the answers, and they were answering really well.  It turns out they all went to a good local church, and I could tell they were receiving good bible teaching.  I took them through the flip chart anyway.  And the check questions came to the fore.  When I got to the “100%” question, I turned to the guys that were only listening and challenged them all to give their own answer.  3 were “50%” sure, one was about 70% sure, and only 2 were 100% sure.  I asked the ones that were less than 100%, why they were unsure.  One of them responded with, “because I’ve done bad things”.  I was then able to demonstrate how that shows they actually should be 0% sure they are going to heaven, and the only reason why we can be 100% sure - not because we are arrogant, or know it all, but because our salvation is a gift, and doesn’t depend on us being good enough, but on Jesus sacrifice alone!  All 6 kids left with 2 kinds of tract each, and a challenge to get in touch and join me in the harvest!

I’ve just finished the Sunday afternoon outreach at the Cashel / Colombo corner.  It was raining on the way in, but I was going anyway!  To my joy the rain stopped as I arrived.  I was able to set up my flipchart and complete the 2 hour outreach without any rain!

A muslim guy that Andy and I have talked to a lot (mainly back when we were bringing the gospel to the issue of abortion outside the hospital a year or so ago – he really agreed with our stand against abortion) stoped to catch up.  We had a long chat focused on how we can get to heaven.  He seemed really challenged, in spite of his resistance.  It was great catching up with him - God willing I will see him again soon.

I had other chats.  2 that stand out was one with a young couple.  She baulked at my question of how we know what is right and wrong: “if you have to ask - there is something wrong”.  Well, I turned that on her: “spot on!  If you have to explain that God is real to someone, there is something wrong - it’s so obvious”.  There was much resistance, but it was an amicable chat where the gospel was explained.  The 2nd was with a young family very interested in the flipchart, but not so keen to talk about religion.  The father ended up asking about theodicy (why is there suffering and evil), and heard the gospel before shaking my hand and leaving with a tract.

During the outreach, I also handed out a lot of tracts.  At one moment, a group of about 8 teen boys went past (kinda interrupting a conversation I was already having).  They all took tracts, but I warned them not to litter!  If they were just going to throw them, don’t take them.  They all took one.  As I was walking home, sadly, I wasn’t surprised to see 3 discarded tracts.  One had been ripped up.  And yet, maybe 5 of them kept theirs?  Maybe one of them will read it, at a future time?  The silent missionaries are ever working.

I’ve also had some epic chats online this week.  One in particular on Omegle.  I’ll leave the photo to do the talking, but in that 14 minute chat, I explained the gospel 3 times, and answered 2 questions: how do you know God is real, and how do you know hell is real.  I re-watched that chat once, and I was shocked at all the mistakes I made, and yet, the gospel is the power of God for salvation.  I’m grateful that God uses us in our weakness to show his strength.  The other chat has been an ongoing Tik Tok dm conversation.  The message (I’ve included as a picture) brought me to tears.  Oh God I leave them in your hands!  Soli Deo Gloria!!!

Sorry for spelling and grammar issues, I’m way over on time for this, I hope it makes sense!  I wanna get back to the harvest!  Come join me!!! 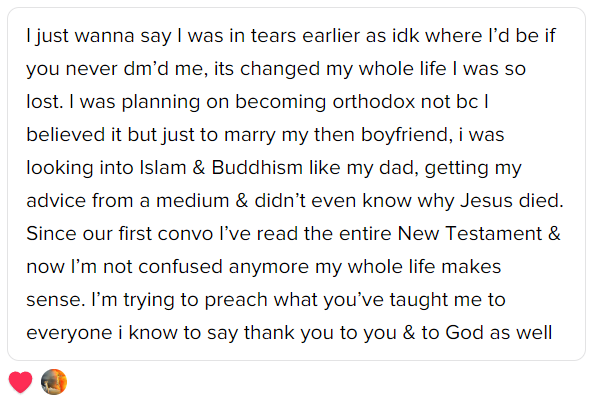 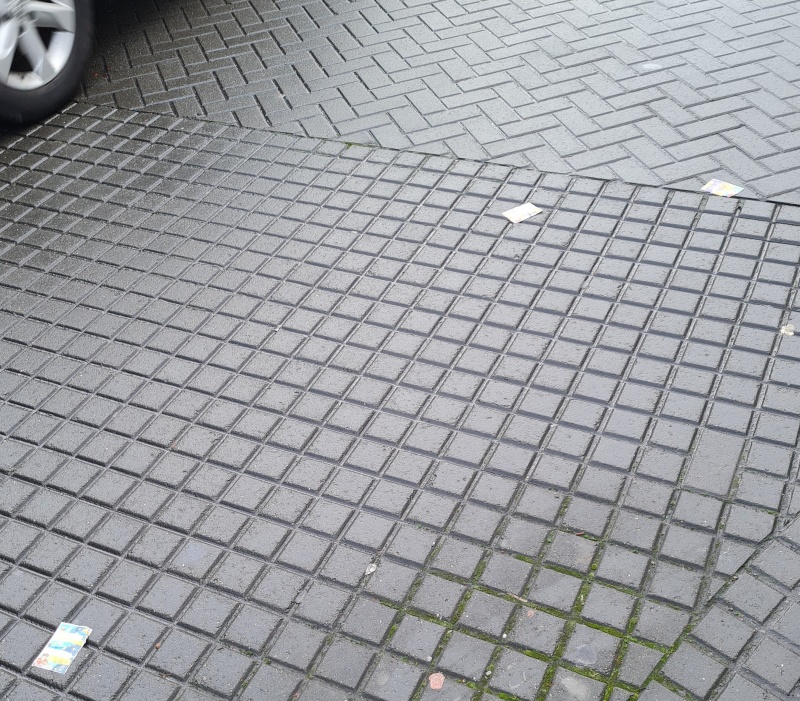 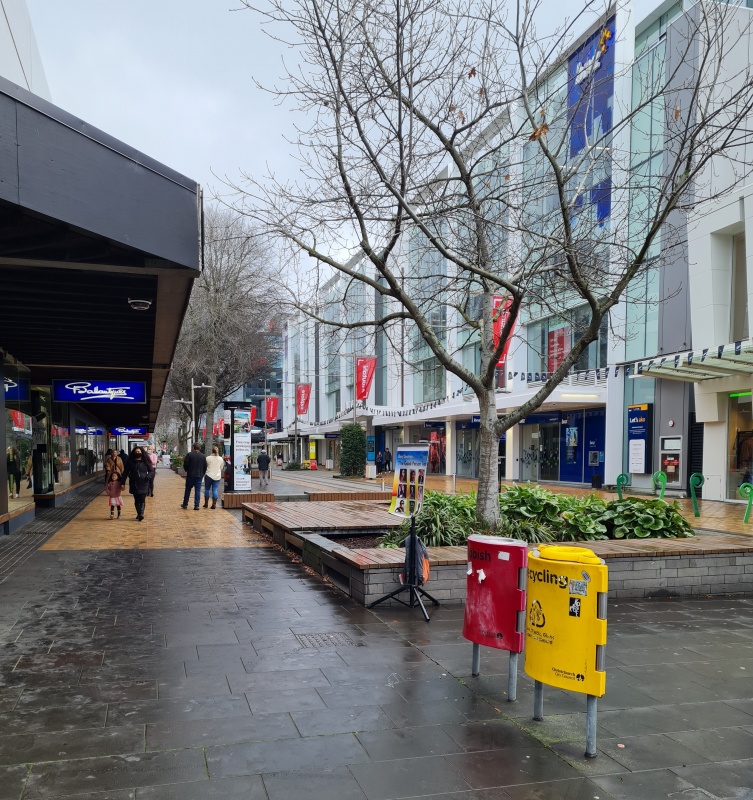 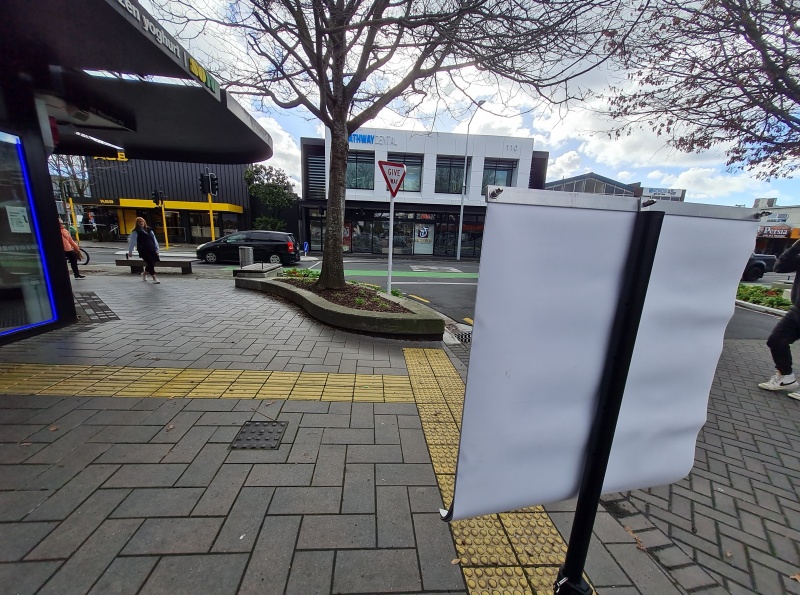 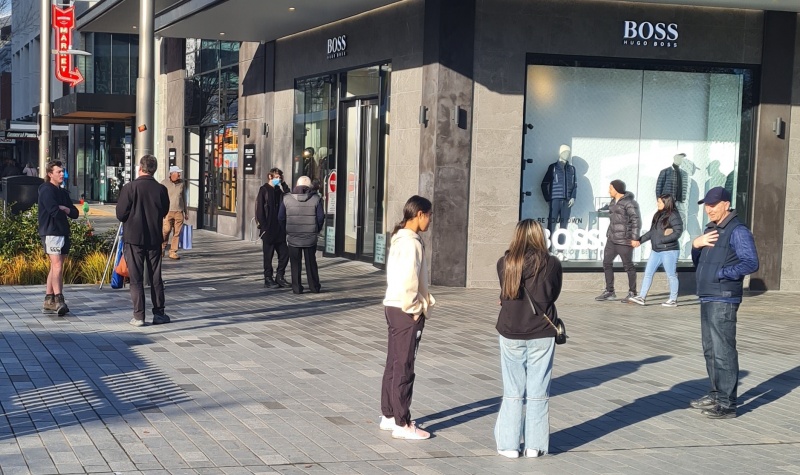 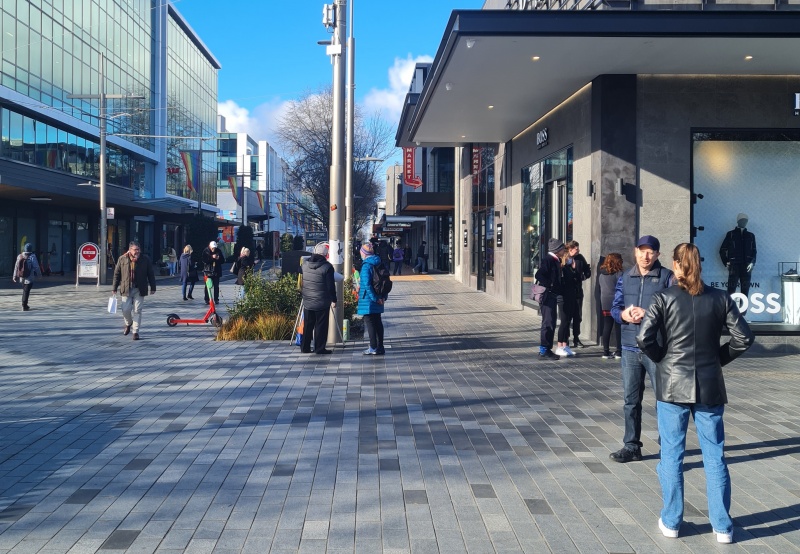 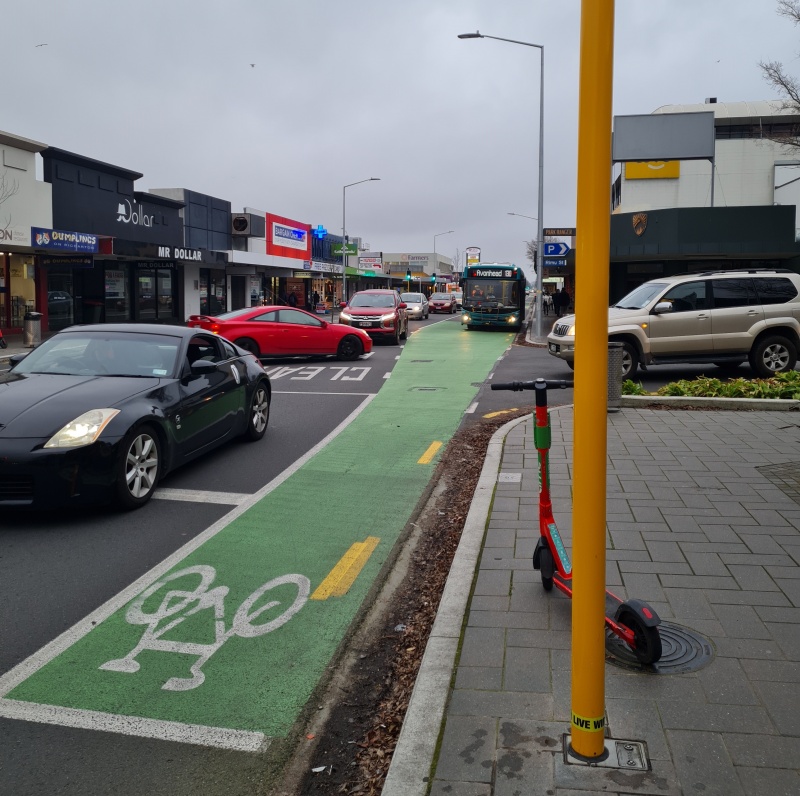 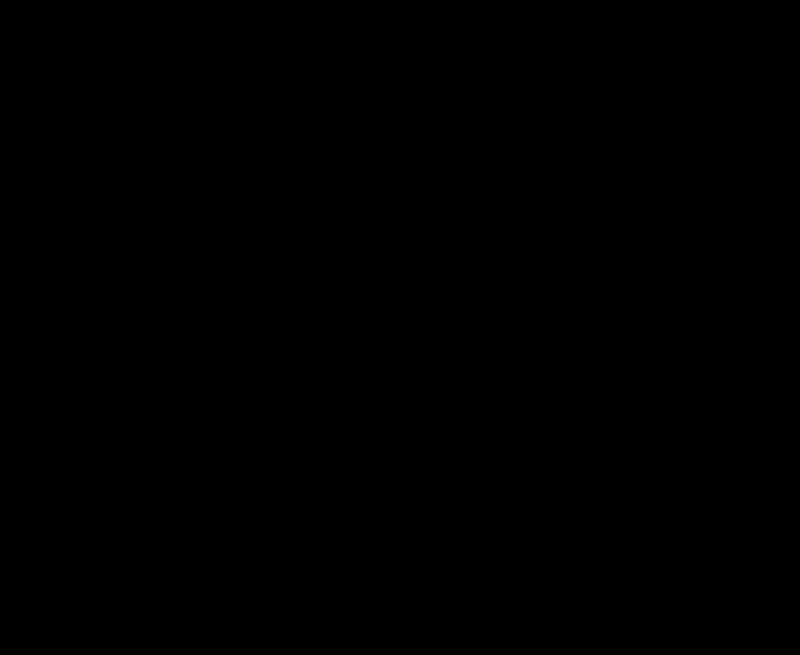