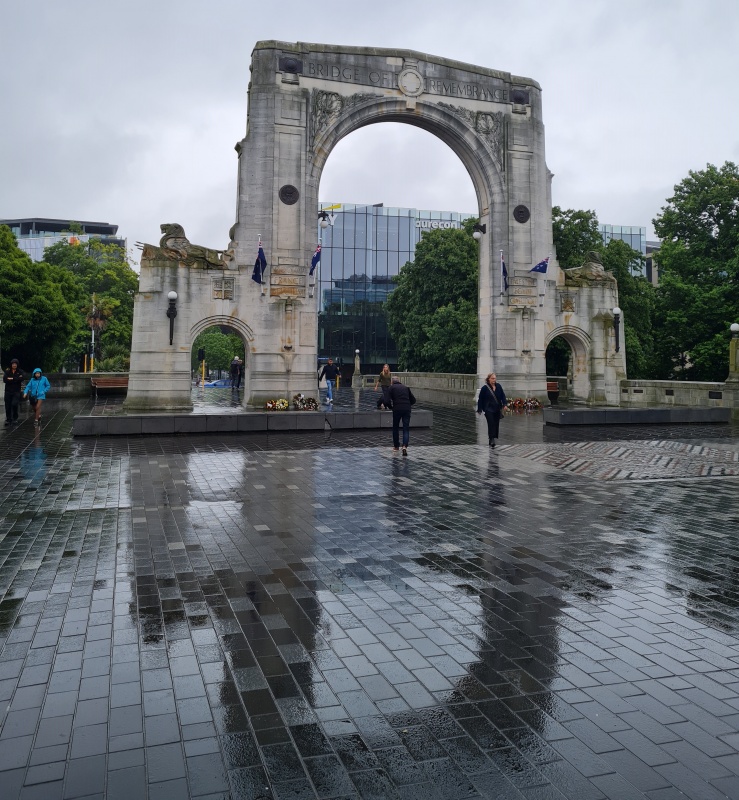 Just a short report for this week, because it was a short week of regular outreach in between the Canterbury A&P Show last week, and Schoolies on the Gold Coast, Australia starting tonight (Andy & I are flying over this afternoon).

Just 2 street outreaches this week: Riccarton on Tuesday, and in the City on Friday, and both of them were shorter than usual.  I was on my own for both outreaches.

I’m struggling to think of any of the chats I had on Tuesday - I’m sure I did, I just simply can’t remember any of the details!  But, one thing from that outreach really stands out in my mind.  At the Canterbury A&P Show last week, I had 2 teenage girls come up to me and start mocking me.  I recognised them from gospel conversations I’ve had with them in the past, in Riccarton.  Well, what was interesting is that during this outreach those very same 2 girls came past.  Sure enough, they threw some light barbs at me as they walked past and then went into the SoYo frozen yoghurt place.  I continued the outreach, but later on I heard some tapping from above.  I looked up, and the girls were looking down at me from the window, again mocking.  I find it interesting that an insignificant man like me, telling people about Jesus is worthy of mocking.  I guess there is power in the gospel – and the gospel is a great offence to people.  I think I understand that better now.  It’s offensive to people to understand that they are not good, and it’s offensive to think that those that are bad could be forgiven.  Our pride and idolatry is a great stumbling block.  I’m glad God has the power to break through that; I pray that he will with these 2 girls.

It was raining on Friday, but the forecast was that it would break for the afternoon outreach.  Unfortunately, by the time I arrived at our usual spot, the rain was still falling.  I prayed, and started handing out tracts.  There were plenty of people going past, and so plenty of tracts were distributed, but no one was keen to stop for a chat.  I decided to move further down the mall.  I saw Duncan Webb, who was collecting for a charity, like every good politician should, so I called out hello as I went past – I’m still keen to have a good chat with him, please pray that I would get that opportunity.  I handed out more tracts, and then did a trek through Cathedral Square - it was empty (lots of construction work going on).  Back in Cashel Mall, I ended up getting into a chat with an older Christan couple.  It was mutually encouraging - then nailed the few checks that I asked, and the guy nearly came to tears in anticipation of being with Jesus one day.  Amen!  After handing out a few more tracts, I decided to leave early and head home to continue outreach online.  Who knows, someone may read one of those tracts.  The time spent was worth it, because the power is in the gospel!

Please keep the team on the Gold Coast for next week, reaching out to drunk high school leavers (Schoolies), in prayer.  I’ll be sure to post a report in due course!  SDG