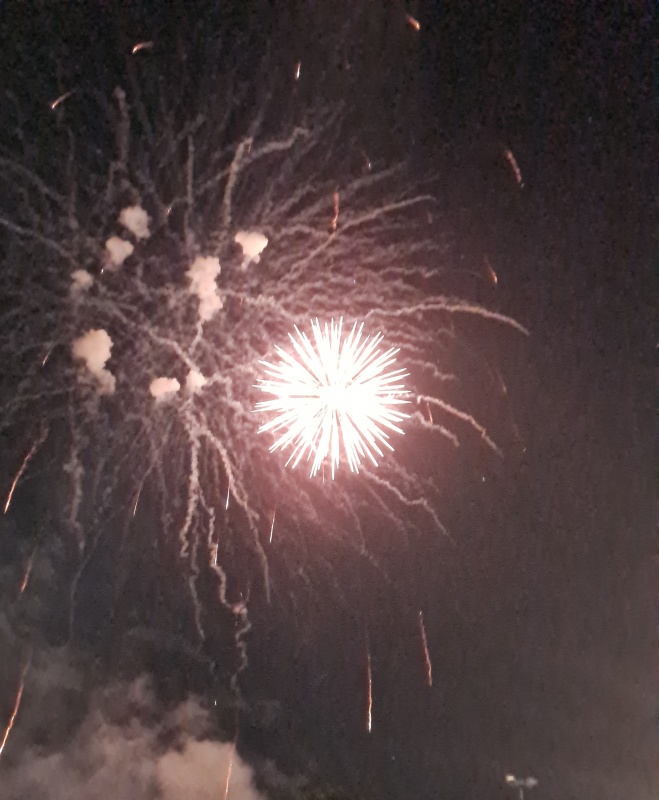 I’m pretty tired, because I stayed up for the New Year last night.  So, I hope this report is going to make sense!

The routine breaking holiday schedule is now complete (and I’m looking forward to getting back to my routine, starting with a day off tomorrow)!

Four street outreaches since my last report.  Martin joined me on Friday in the City.  I was in Riccarton on Saturday lunchtime, and then ministering at the New Years Eve event in the City.  And then finally today’s outreach in the City.

Starting with Friday.  It was overcast, but there were plenty of people around and about.  It turns out people from a cruise ship were in town.  But sadly, for some reason, it felt like a bit of a slow outreach.  Although Marin and I both had good gospel opportunities.  I guess I’m comparing it to the high of boxing day?

Anyway, I found out about the cruise ship through an older gentleman who approached my flip chart wondering what I was doing.  His wife was in the shop across from me, and so he had been observing me for a few minutes.  I was upfront, as always, but we ended up chit chatting about light hearted things for a bit.  He eventually swung the conversation to the deeper things of life!  It turns out he is an Atheist.  He grew up in a Methodist church, and his reasoning for being Atheist was that he was cold in church as a boy, and he prayed that God would warm him up.  When he didn’t warm up, he concluded God wasn’t real, and informed his parents as much.  I have to assume that there was something more to it, because that doesn’t make sense.  I tried to reason with him (starting with the building / builder analogy), but then his wife arrived and he had to go.  We parted on very good terms, and he walked off with a “Who Made It?” tract.

I left Martin with the flip chart, and went for a wander.  But had no luck in striking up a conversation.  As I was coming back to Martin, I noticed he was in a conversation with 3 guys, which was great.  So I went the other direction, when someone said my name.

It was one of the girls I had talked to on Boxing day, and I’ve talked to her before that in Riccarton.  She is resistant, but I can tell there is an openness, because she keeps coming to talk to me, and although she disagrees, I can tell she is processing what I say.  She introduced me to her sister, and we fell into gospel conversation.  As we were going through the law, they brought up a situation.  They were planning to lie to their parents and have a new years eve party at their place where they intended to get drunk while their parents were away.  Anyway, I was able to share the gospel before they had to go.

Well, later in the outreach, they came back, and this time they had another friend with them, so, yet another gospel conversation started.  Interestingly, the two sisters had informed me of their new plan.  They were going to ask their parents if they could have the party (this would solve the lying and disobedience)!  Interesting, so I posed 2 questions: 1) if their parents said no, would they still have the party?  Answer: yes.  2) are you still intending on getting drunk?  Answer: yes.  They were fooling themselves!  Yet, I’m at least encouraged that they seem to be feeling a partly conviction about their sin.  Again, I went back to the real solution: Jesus.  They moved on.  But, if God’s patience holds, I’ve got a feeling I will see them again.  Please pray that this would be so.

The Riccarton outreach on Saturday (New Years Eve) was also quiet.  Not many people around.  But there were enough people around to keep me busy.  I remember a good chat with a young man who said he used to be an Atheist, but he admitted to softening.  He was now articulating a very eastern religious way of thinking.  I was able to labour on how we know God is real, and why hell is logical.  I can’t remember if I share the law and the gospel - I know he had to get going to catch a bus, but he did leave with a “Who Made It?” tract.  I’m racking my brain, and I just can’t remember the other chats of the outreach - oh, that’s right, I talked to 2 girls from Latin America.  I can’t remember the others, if there were any!

In the afternoon, I had a couple of very encouraging conversations online, before having dinner and heading to the New Years Eve concert in the central city (Hagley Park) with my daughters.  There were other families from my church there, so it was good to spend some time with them.

But, my purpose for being there was to share the gospel.  I had already done 6 hours of outreach for the day, and so I guess I was feeling tired.  Plus, the environment was unfamiliar to me, plus I was on my own.  So, I was feeling very nervous.  I didn’t have any boldness.  It was a good reminder of how Christians often feel when facing evangelism!  I know what it’s like!  I ended up going for a walk, praying for help, smiling and greeting people, but feeling too nervous to really engage.  I ended up in the city, before heading back to the park, still praying.  I wondered if I would just wimp out and give up, when I noticed a guy.  The situation seemed right, and so I greeted him and asked him what he thought happened after life.  There was resistance, but he stuck around for a quarter of an hour for me to reason with him about the gospel.  The chat went okay, and we parted ways with him receiving 2 kinds of tract: “Who Made It?” and “Says Who?”.  All glory to God for helping me.

That was the extent of that outreach.  Just 15 minutes, with 1 person.  I leave him in God’s hands.  But what encouraged me was, near the end of the evening, in among a very large gathering of people, I saw the same guy again!  He was hanging out with some friends.  He saw me too, and I guess I’ll describe his look as one of embarrassment - was it because I talked to him about religion?  Was it conviction?  Was it something else?  Who knows.  I just smiled at him and moved on.

Sunday’s outreach was busy.  I was at my usual spot at the corner of Cashel and Colombo.  Ballantynes was closed, but other shops were open, so there were people around.

I gave a tract to a guy, but just as I was doing that, I noticed four people investigating my flip chat, so I went over to engage them.  They were very resistant to the idea of God being real, in spite of my reasoning, and they moved on.  But, soon after, the guy I gave the tract to came over.  He was encouraged to see me doing what I’m doing.  His Dad used to preach in central Christchurch, and had taken him out with him.  I was so encouraged to hear that!  God always provides a witness.  I wonder who will come after us?

But, the rest of the outreach was a conversation with a couple who have recently become Christian and are involved with a local church.  It was encouraging to see the fresh enthusiasm, but at the same time there was a lack of gospel clarity.  Multiple times in the conversation I was able to check and work on that clarity.  By the end of the chat, I think he was starting to see how subtly we can slip back into works for salvation.  I encouraged him to preach the gospel to himself, all day and everyday.  I was also able to encourage him in other ways too.  It seemed like a very mutually encouraging chat.

All glory to God! 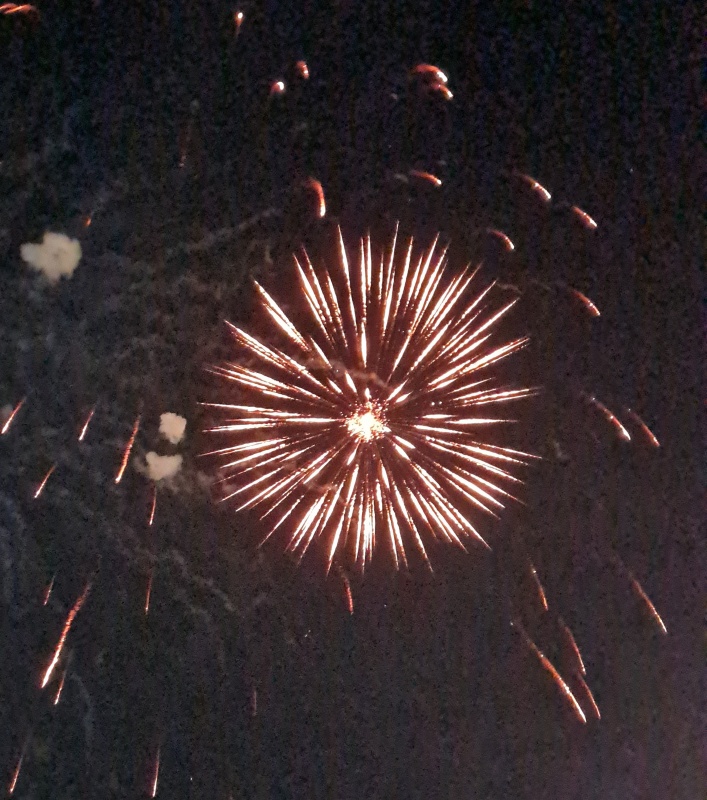 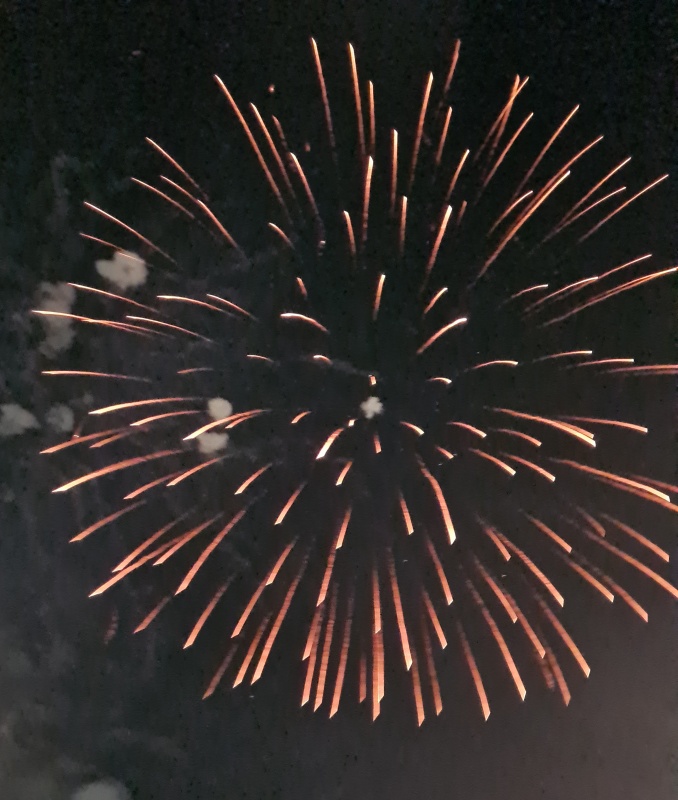 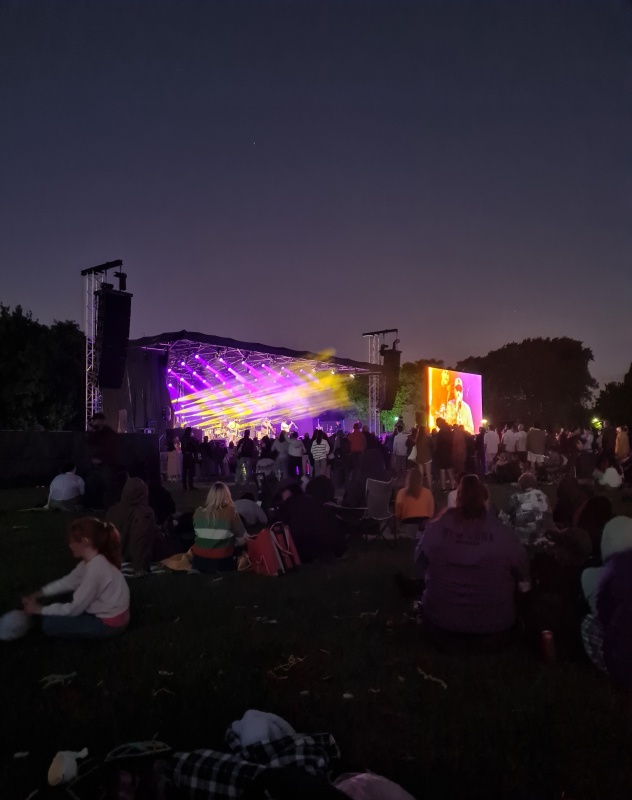 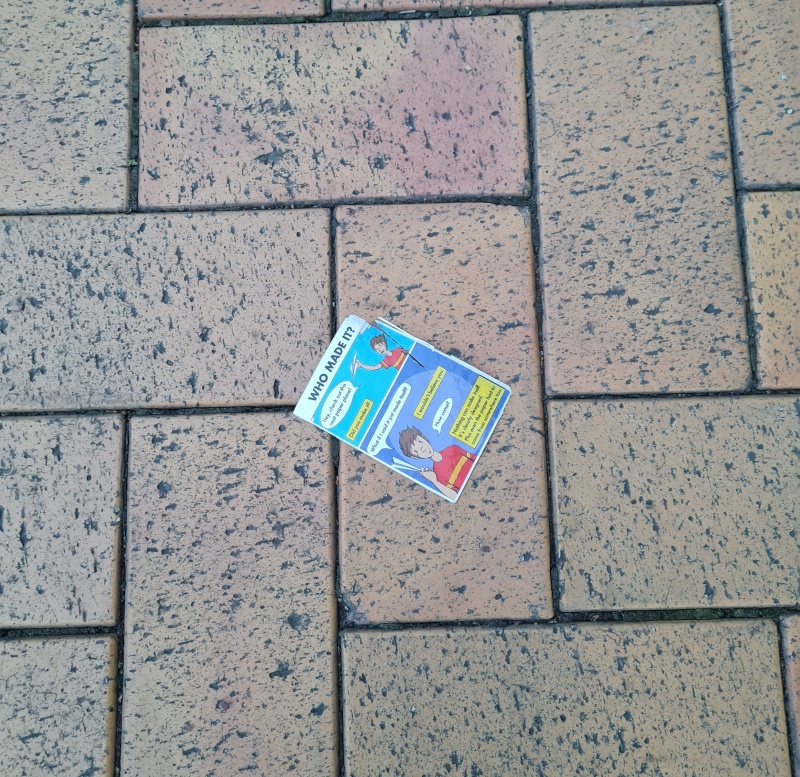 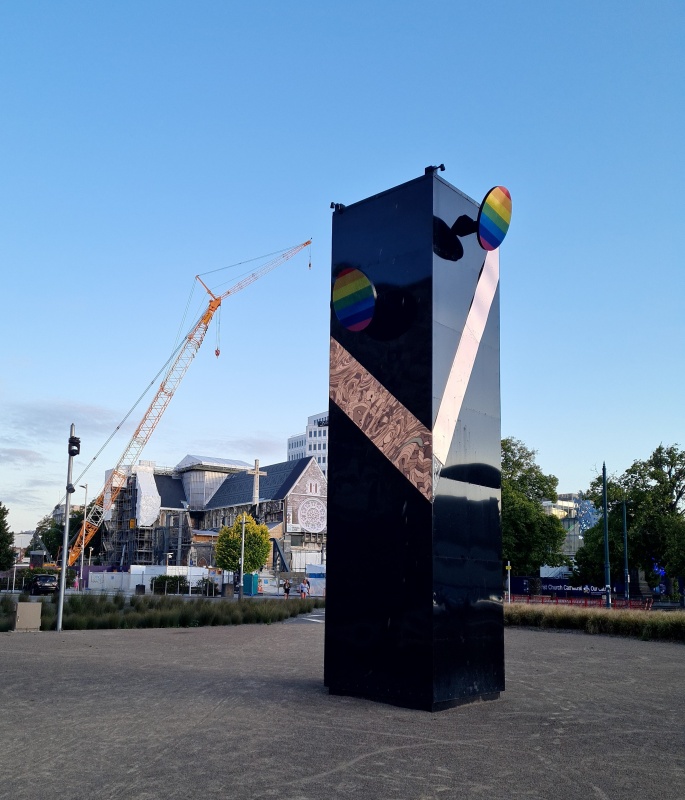 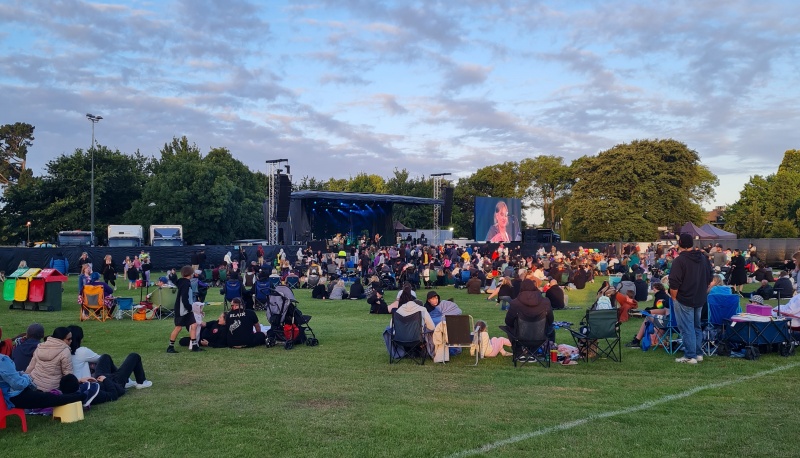 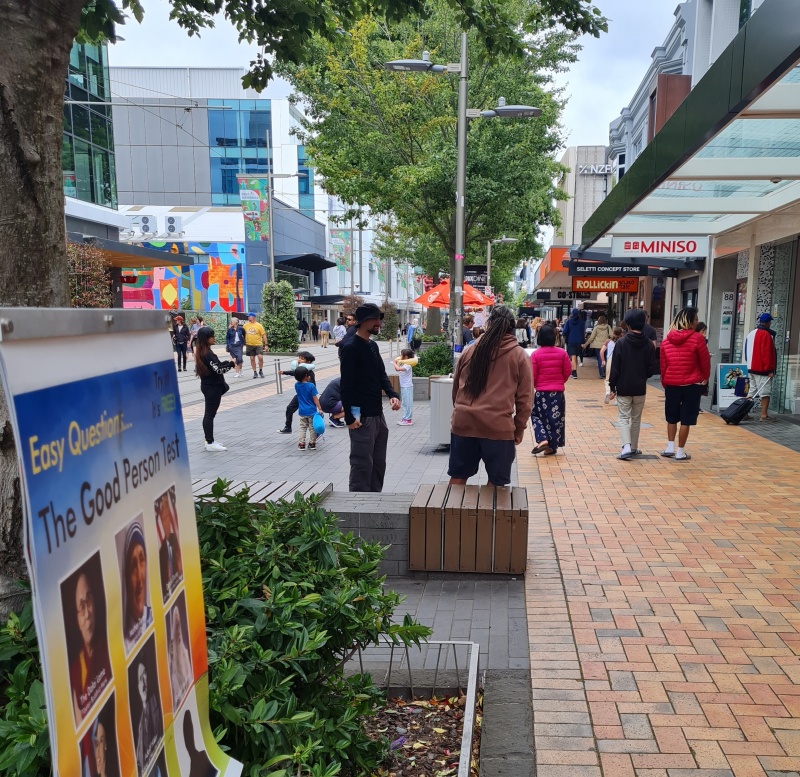