The team met this past Friday night in Caffé Nero after a somewhat short hiatus. I have only recently got back from a mission trip to South Africa with my church and so it was a real joy to be back out again. It was also a blessing to have two new people join us! Before I left for SA Katherine contacted me expressing her desire to come out and join the team. I informed her that we would be back out again as soon as I was back and so it was great to see her on Friday. Another girl, Yvette (pictured below, left), also joined us. She and her husband have recently started attending my home church and as soon as they heard of our ministry Yvette decided to join us. So it was great to have them both with us, and I think especially as it is always good when there is more than one girl attending :-) Kwadwo was also with us, and his brother Kofi joined us a little later. 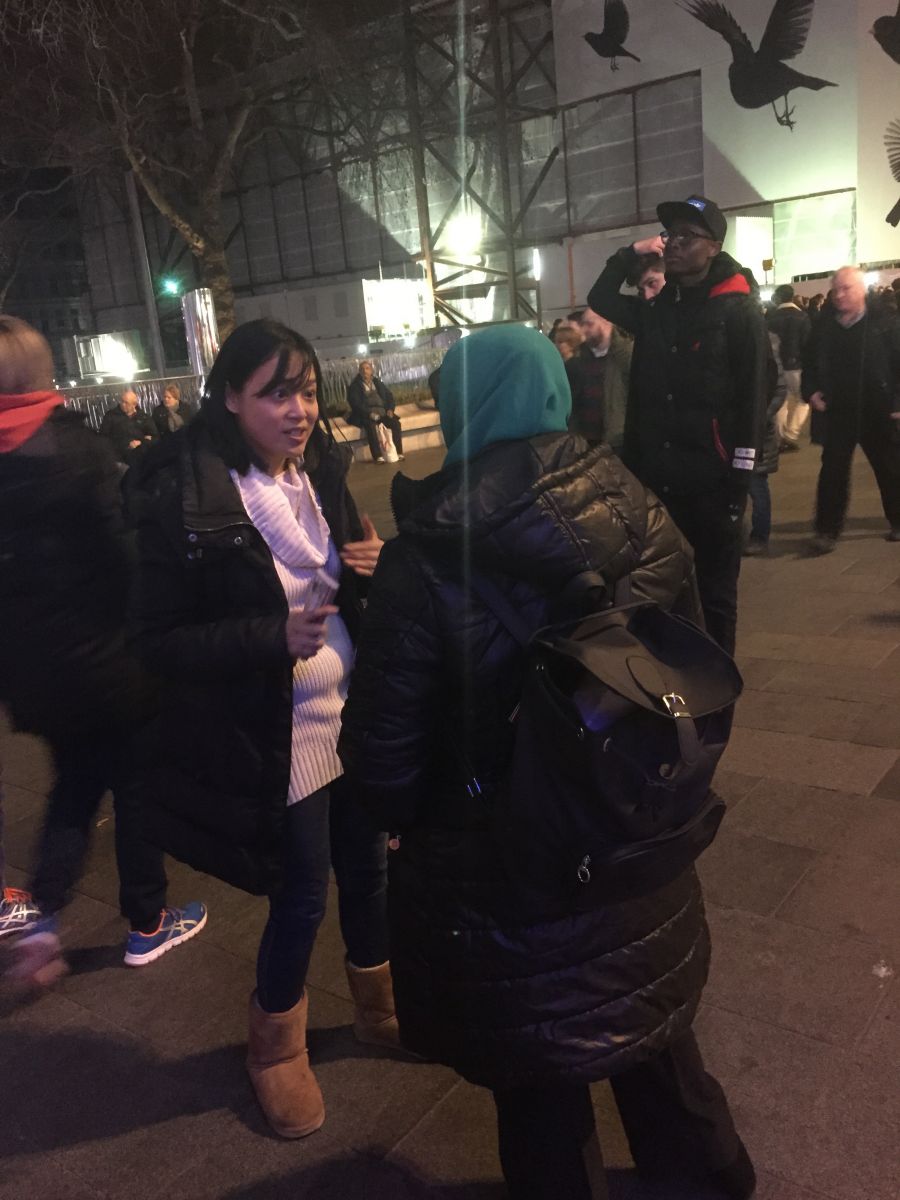 After a great time of fellowship and Bible study in Caffé Nero, we headed out to the square. Standing up to preach it wasn’t long before a medium size crowd had formed. I framed my message by first affirming the existence of God using the moral argument, and then transitioned the conversation to the law of God — answering the question, “Why is sin wrong in the eyes of God?” I have found this to be a helpful thing to do. People need to know what sin is, but they also need to know why sin is wrong. It is wrong to sin because God is not a liar, or a thief, or a murderer. God created us in His image so that we would image Him. This is why sin is wrong, for when we sin we misrepresent God. Lying is wrong because God does not lie. Stealing is wrong because God does not steal. Moreover, if it were true that God does not exist, we couldn’t even answer the question! Indeed, this is whole point of the matter! Without God, we have no basis for saying that anything is wrong. God exists for the simple reason of the impossibility of the contrary.

A few people from the crowd engaged my argument and this was great not only for their benefit, but also for the rest of the crowd who were listening in. One chap in particular, a young man named Oliver, stayed until the end of the preaching, and continued talking afterwards with Kwadwo for at least an hour! He told Kwadwo that although he has grown up in a Christian home, he was only prepared to say, “Most likely there is a higher power but I’m not sure who that is.” Kwadwo showed him that in truth all people know in their heart of hearts that God exists, because if He did not exist we could not make sense of this world. The truth is, we all know that God exists, and this is why we are without excuse for denying Him (see Romans 1:18-21). Please pray for Oliver!

Myself and Yvette also had a good conversation with two young ladies who listened well as we shared the gospel with them. It was very clear that there was conviction of sin in their hearts, and there was certainly a recognition from them that they stood before God without an excuse. It was great to share the good news of the death, burial and resurrection of Jesus Christ with them, as the foundation had been laid for them to appreciate and appropriate the good news, since they now had an understanding of the bad news. Do pray for them!!

All in all it was a great night. Katherine and Yvette enjoyed it especially, which is such a blessing. I’m sure they’ll be back out with us soon :-)