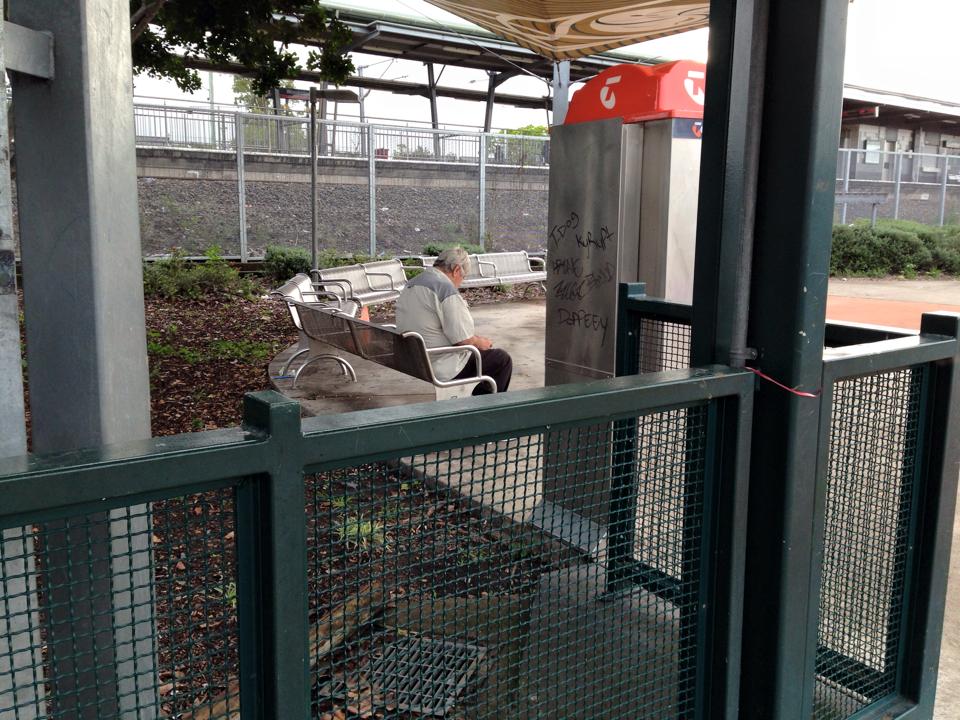 The gospel went out at Woodridge again yesterday and there were some good conversations.

The man in this photo I offered a tract to, but he waved his hand indicating 'No I don't want it'. So I asked him a question and he waved his hand again. I thought, "Ok this person doesn't want to hear anything about God." But the man then said, "No English."

So I asked him, "What language do you speak?". He replied, "Persian, Farsi." I knew I had just recently packed some Farsi tracts in my bag, so I pulled one out and he gladly received it. He then began reading it all the way through. Please pray that God would save him.

Here are some more people to pray for from our outreach yesterday:

• Nukki - goes to a Catholic church. He said: "I don't follow the 10 commandments." So after talking about sin and how we deserve Hell, I explained the gospel. He said he would seriously think about the message.

• Sarah - had no assurance of salvation, knew the gospel, encouraged her to read bible and find a good local church.

• Leslie - receptive. After hearing the gospel, he said: "That makes sense" He had never read the Bible before. Gave him a New Testament.

• David - had just come from doctor where he found out he has cancer in his ear. He recognised that death could happen to him at any time, so he was very willing to listen to the message. He said he would think about it.

It is great seeing how God prepares people to hear the message. To God be the glory!

It was good to return to Woodridge today after several weeks of Tuesday outreaches elsewhere.

It was a day of strange worldviews. 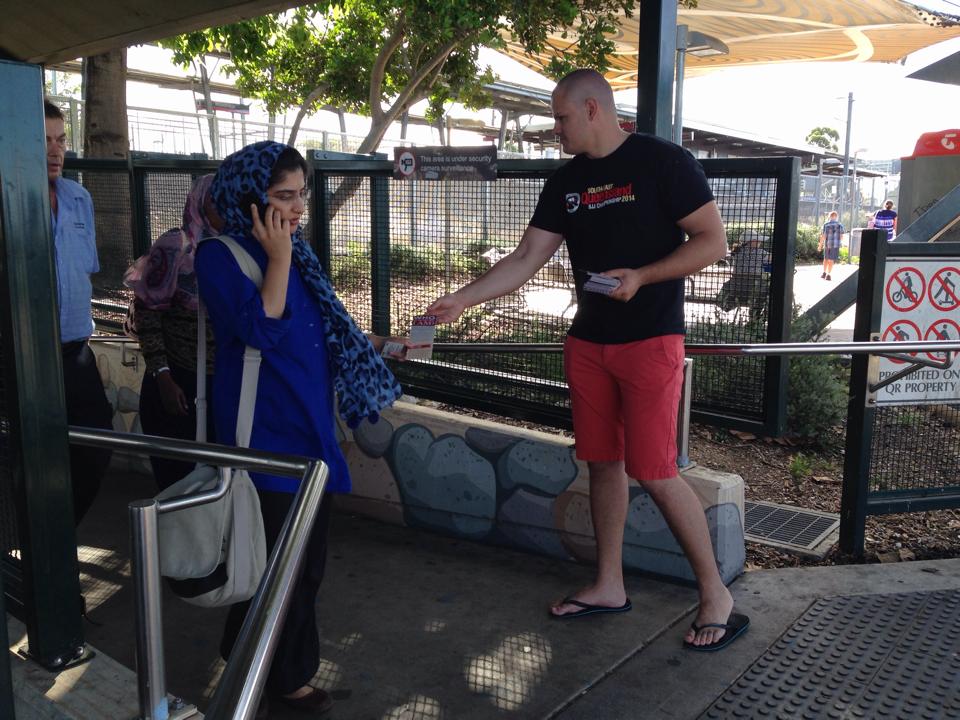 We had a long chat with a young lady about 18 years old who was adamant that God does not exist. When asked why, she said because she sees things called 'entities' that live in her and communicate messages to her.

Supposedly these 'entities' created the universe. The entities came from two original entities that had no beginning. And apparently there are two classes of them, the politicians and the 'ancient ones' which are the common folk.

I raised the question with her about how she knows these entities are not lying to her. She admitted it was a possibility.

So I decided to go through God's law with her to see if she was a good person. And I must say it is amazing how addressing the conscience works no matter what beliefs a person has.

I then explained the gospel and she plainly said she likes being wicked because it is much easier. I think this is the crux of the issue with anyone who rejects the gospel, a love for sin.

I pleaded with her to consider the message she heard before it was too late, and then find a Bible to read (after she burned her last one). Her name is Jennifer. Please pray for her.

Pray also for Rony, a non-practicing Sikh from India. Didn't believe in God because God didn't answer his prayer of becoming an actor in Bollywood. He was asking me, "How do I know which religion is right?" Explained gospel. Gave him a NT.

Pray also for a 69 year old man we had a long conversation with today. He says he knows he once was a Christian because his pastor once asked him to drive the church bus.

He acknowledges he is not a Christian now and in the conversation he was swearing like a trooper.

He knew he had to find forgiveness but he thought it was by faith and works, namely church going. He said he still had time though because he supposedly knows that Jesus will return in 3 years time and he knows he won't die in the meantime.

Near the end of the conversation he revealed what I think is the real reason why he doesn't want to trust in Christ alone. He said he is looking forward to a particular sin he wants to commit, something to do with a nudist colony.

Please pray that God will convert him soon, especially with his health not being very strong.

But any day when the gospel is proclaimed is a good day. So to God be the glory! 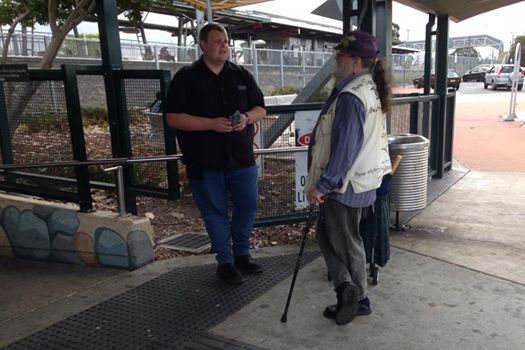 It was another great outreach at Woodridge today.

The person in this picture talking to Josh claimed to be God. He said he knew everything, has spoken with Jesus, and yet needed to walk with a walking stick. At the same time he claimed he was a demon and that he must be worshipped.

Near the end of the outreach we had a young man named Wayne, who we had a lengthy discussion with a couple weeks ago, come back. He said he is now trusting in Christ for his forgiveness. We gave him a Bible and have his contact details for further discipleship.

The fields are white for harvest. Praise be to God!

An encouraging outreach at Woodridge today.

Three weeks ago, one of the team spoke to a young lady named Demmi. She initially refused a tract and said she was Buddhist. By the end of the conversation she was questioning Buddhism but said she couldn't become a Christian because her Dad said that that is not allowed. So she was going to count the cost.

Today, she returned saying she has left Buddhism and is now a Christian, and so is her Dad! Her Dad is now trying to evangelise to his sister. Praise God for all that He does!