This afternoon there was some cloud cover at Capalaba which kept the afternoon fairly cool. It seemed to keep the bus stop quieter than usual but thankfully there were still enough people around to speak with.

One conversation was had with a lady named Elise. She had spoken to the team before and had been left to consider the Gospel. Sadly she hadn't surrender to Christ and therefore had chosen to reject it (by her passivity). She was once again reminded of the Gospel's summons, calling her to turn in surrender and faith to Christ. The wrath and love of God was re-iterated and she was one again encouraged to heed God's call on her life.

Another conversation was had with Emily. She was a few years out of school but said that she stopped believing in God after school. This information was referred to a number of times to help her realise that her disbelief in God wasn't intellectual but theological. 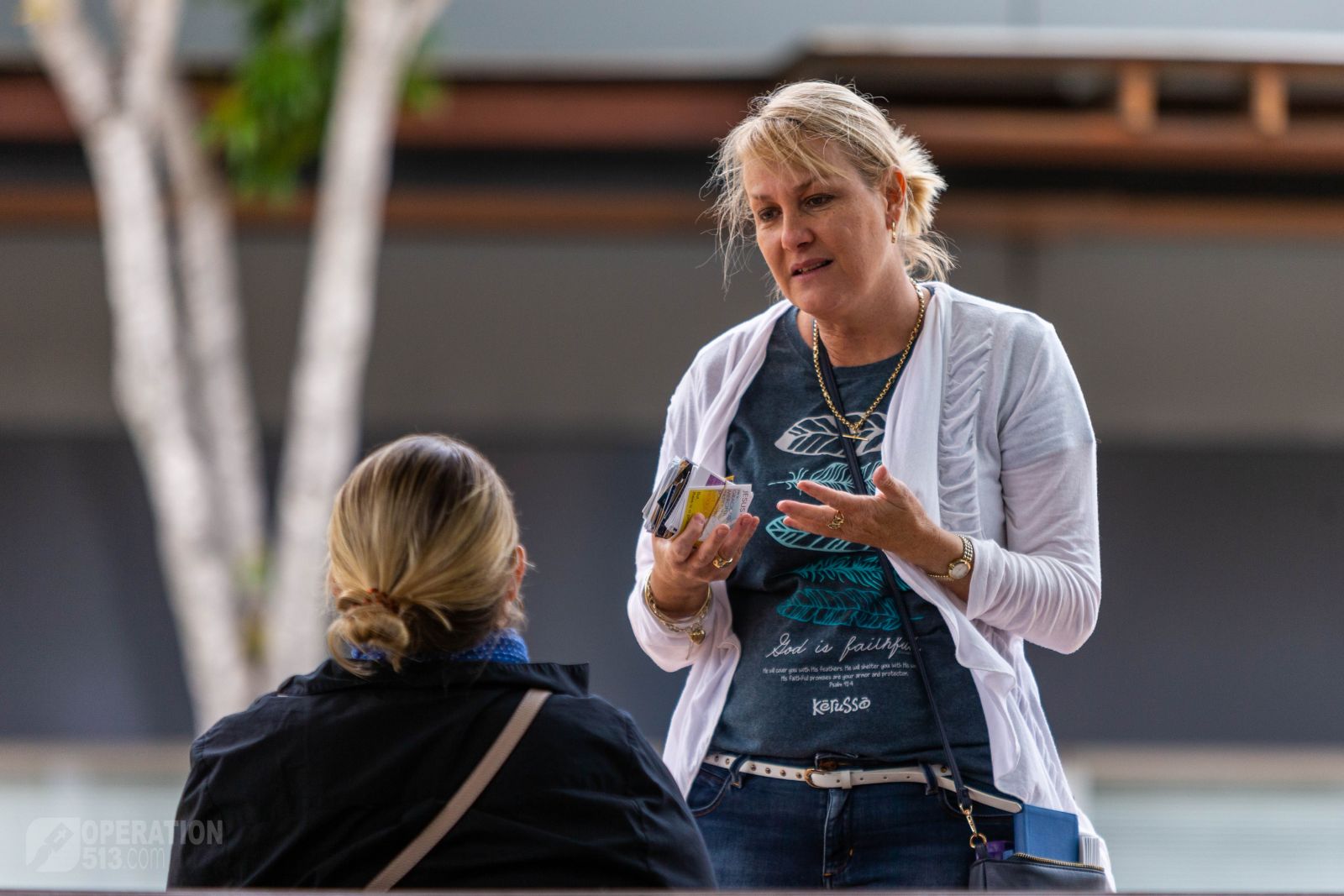 She acknowledged that if God was to judge her by the Ten Commandments she would be guilty and deserve Hell. She even noted that no one would deserve Heaven. When asked how a sinner could be forgiven, she wasn't really sure. The Gospel was explained a number of times until she understood that it was a gift, that God gave to the undeserving not the worthy.

When asked when she would trust in Jesus she said she didn't really want to and reiterated that she didn't believe in Him. She was asked, "Which came first, you living your own way or you rejecting God's existence?" She responded, "I have lived my own way my whole life and I didn't reject God's existence until after I left school."

It was pointed out that this therefore is the order in which the events occurred, it wasn't that she disbelieved in God and then decided she could live her own way, rather, her desire to live sinfully came long before she tried to justify her rebellion through rejecting God's existence. She seemed to agree with this and was left with a final reminder and challenge that our only hope for forgiveness, salvation and right-relationship with God, is to turn in repentance and faith to Jesus. 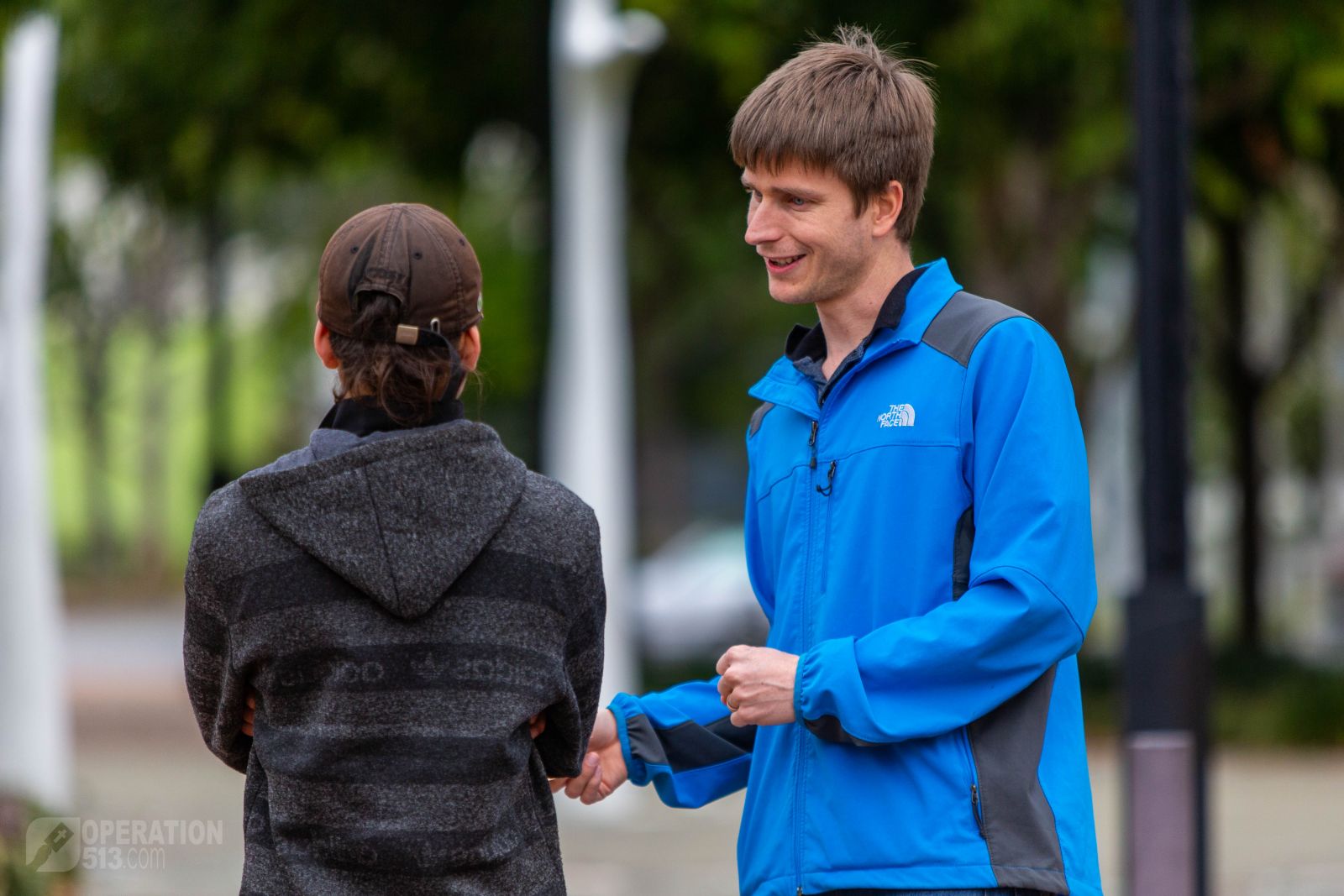 A final conversation was had with three high school boys, Toby, Andy and Cain. Toby was distracted and quite uninterested, preferring to play on his phone rather than listening. Andy, was trying to argue about any and everything to try and defend his rejection of God and Toby was quietly but attentively listening.

The conversation was a simple and straight forward Gospel conversation, God created us, we rebelled against Him and His law (with specific examples), God hates sinners and cannot let the guilty go unpunished. Yet, God in history has stepped in so humanity can be forgiven. He came, lived perfectly, died sacrificially and rose victoriously so that all who surrender to Him may have life.

Toby was keen to live in sin and wasn't even the slightest bit interested in turning to Christ. Cain, thought only really bad people went to Hell and only really good go to Heaven, the rest just die. Andy thought anything that he could to try and disagree with the Gospel, even if it didn't make sense. The three took tracts and were strongly encouraged to turn from their sinful self-reliance and to find forgiveness in Christ.

Please be praying for Elise, that she would not put off trusting Christ any longer. Please pray for Emily, that she would heed the warnings and find her greatest satisfaction in Christ, rather than the pursuit of the things in this world. Finally, please be praying for Andy that God would humble him, Toby that he would be given a hatred of sin and Cain that he would turn to Christ for salvation.