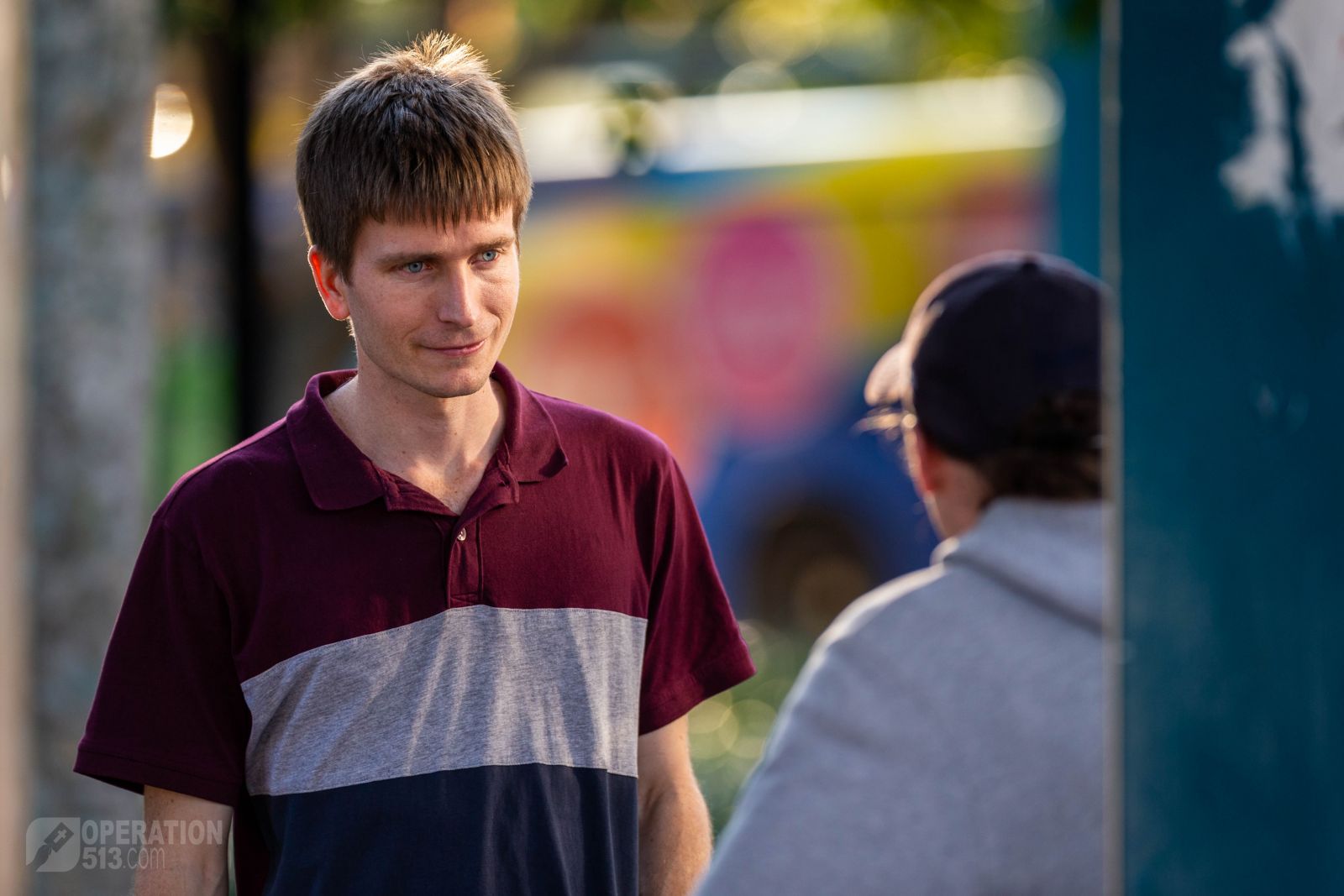 This afternoon in Capalaba again God was gracious in keeping the rain away during the outreach. At the beginning of the outreach the team prayed that God would delay or fast track buses as He desired to bring about, lengthen or even shorten conversations as required.

Usually conversations at Capalaba last for less than fifteen minutes due to the bus schedule but the first conversation of the afternoon was with a man named Niel. This conversation lasted almost fifty minutes! It was a valuable conversation.

One of the crucial things that has been used recently in evangelism is explaining sin through the story of Adam and Eve in the garden. This is because most people know of the garden but very few know what the sin was or how they were tempted. When it is explained that Satan's temptation is simply that Adam and Eve can determine right and wrong for themselves, most people are shocked.

But with this basis and grounding, it can be referred to over and over as the root of all sin and every time someone says, "I would do it differently to God", it can be pointed out, that foolishness is in the very same vein as the sin that started this whole problem.

In the conversation with Niel, this was relied upon strongly and referred to often. Niel had many different objections, although none were the usual intellectual ones. Most were emotional, experiential or simply rebellious.

Over the course of this lengthy conversation Niel slowly went from being quite sure of his rejection of God to being quite open to considering what God has done to save sinners. With the Gospel emphasised a number of times and many theological topics covered, Niel finally said that he would consider reading the Bible and attending a local Church.

He didn't seem completely committed but at the same time his words weren't entirely empty either. Please be praying that this man who has said he is, "Waiting for God". Will be greatly moved by God and shall not be able to sleep another night until he is right with Him.

Another conversation was had with a lady named Jordan. At first she said she was an atheist but more meant that she thought most (if not all) Christians were simply hypocrites. It was interesting that she raised that and for the first time a new method of evangelism was used, firstly asking what she thought the main point of Christianity is.

To which she boldly declared, "Love your neighbour as yourself". Then it was explained through three statement of Jesus, with discussion on each, what the Gospel really is. Jesus said, "You must be Holy as your Heavenly Father is Holy". He said, "The righteous will be resurrected unto eternal life and the unrighteous to eternal punishment" and He said, "I come not to be served but to serve and give my life as a ransom for many".

With these three points discussed each in some level of depth, Jordan not only declared that we are all in trouble and no one deserves Heaven but upon understanding the penal substitutionary atonement of the cross said that she had her mind opened to what Christians really believed and said she was not as against it anymore.

This was encouraging, it was a small step and as she finished saying this her bus arrived (a few minutes late). Praise God for another moment of providence for the advancement of the Gospel.

Please also be praying that Jordan isn't satisfied with the new and small understanding of God and His Gospel but will desire to know God personally and intimately.

Finally a conversation was had with Bruce and Asian man who said he had received a tract last week at Sunnybank. Through the conversation the Gospel was explained a number of times until he understood it and upon understanding it he said, "I think I want to trust in Jesus now!" This was an exciting moment and when offered a local Church he said he would be keen to head along!

Please be praying for those who were spoken to today, even for brief conversations. Please be praying that God would save many for His glory as a result of today's simple display of obedience.