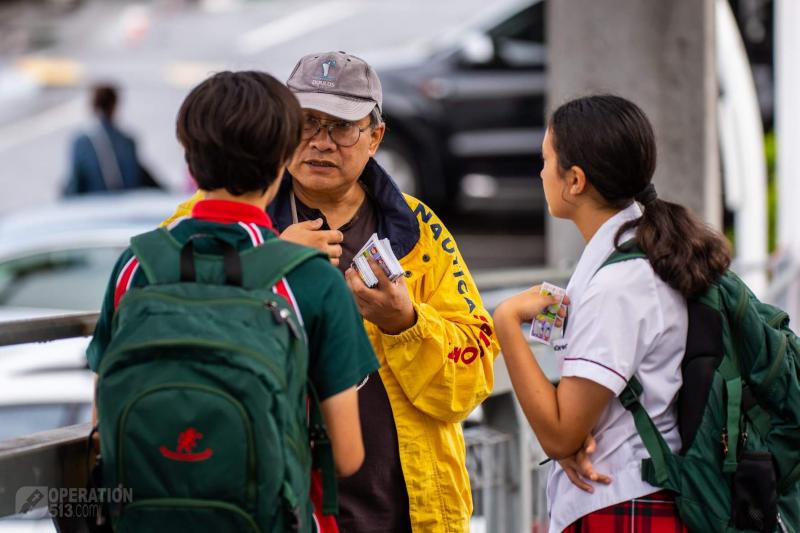 Thursday Afternoon at Sunnybank had a smaller team than usual as some of the members are away for various reasons, so there were only six people out. Thankfully the team were still able to have many conversations and to share with people what God has done to save sinners.

The afternoon started with a bit of rain, keeping the day cool and some good conversations were had under cover. Sheema is an Indian lady and had some very weird views, she wanted to hold onto the idea of karma, that Heaven and Hell are actually in this world. She was shown a range of reasons as to why these things can't be true and was pointed to God's law to show our guilt.

It was pointed out that justice requires a penalty not just a consequence. She was shown God's goodness and how this means sin cannot go unpunished and therefore all of humanity is in trouble, unless God has done something to satisfy His justice. Thankfully God has and this was shown to Sheema briefly as her bus arrived.

Next was a conversation with Brad. It was a sad conversation as Brad who had grown up in the Church said that he was a good guy and therefore he was pretty sure he would be in Heaven. He was shown God's law and saw his guilt but still held onto the idea that he was good enough. Then Jesus' words were quoted to him, "You must be perfect as your heavenly Father is perfect" and he still was unwilling to admit that he was not worthy of Heaven, even when Jesus had been so explicit.

He was left with the ringing reminder that all are guilty and was given a tract as his bus arrived.

One of the last conversation of the afternoon was with a lady named Sarah. It lasted for almost an hour, as Sarah listened, pondered, asked questions and displayed interest. Sarah raised an objection early that was touched on but not fully expounded until late in the conversation. What was wonderful was that Sarah's objections, unlike many other peoples were not simply, "I am trying to convince myself this isn't true by using any argument I can think of", rather she was engaging and had some questions about how it could all work.

The tell tale sign of the genuineness of her questions was that she understood and accepted the answers because they made sense, even if the pain was still real. The most exciting part of the conversation, after she had understood the Gospel and how it will change ones life she said, "I'm really thankful that we've had this conversation and now I am just considering if I can trust in Jesus because I wouldn't want to say that I do, without really meaning it or being willing to follow through".

Sarah had preempted and was "counting the cost" before she was even challenged to. She was encouraged to read John's Gospel and to consider attending a local Church. Please be praying for Sarah that she would seriously consider God's offer of salvation and that she would trust in Christ alone for the forgiveness of her sins!

Please also raise Sheema and Brad up in prayer that God would use the challenges given to them to lead them to want to know Him! And please pray that they would speak to friends/family in their life who are Christians about this topic! 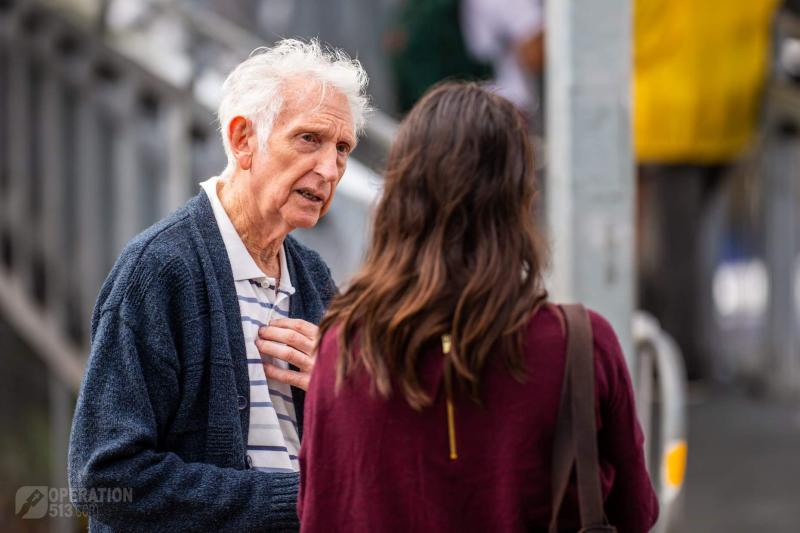