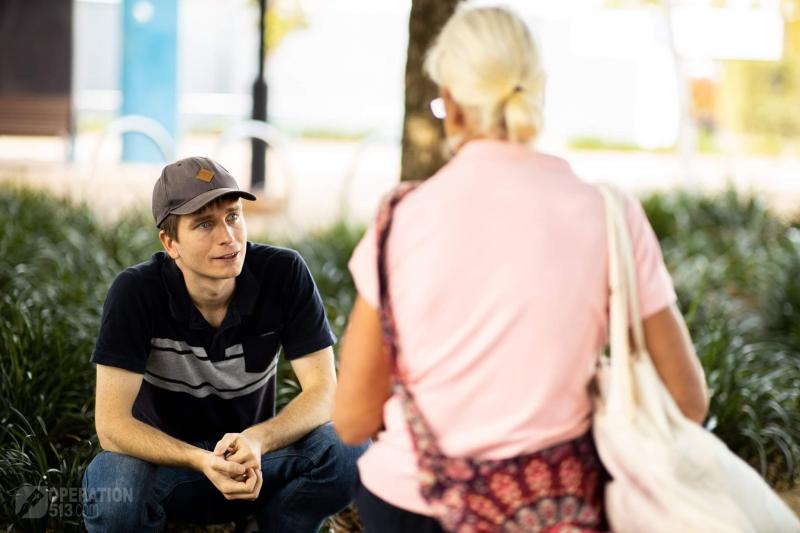 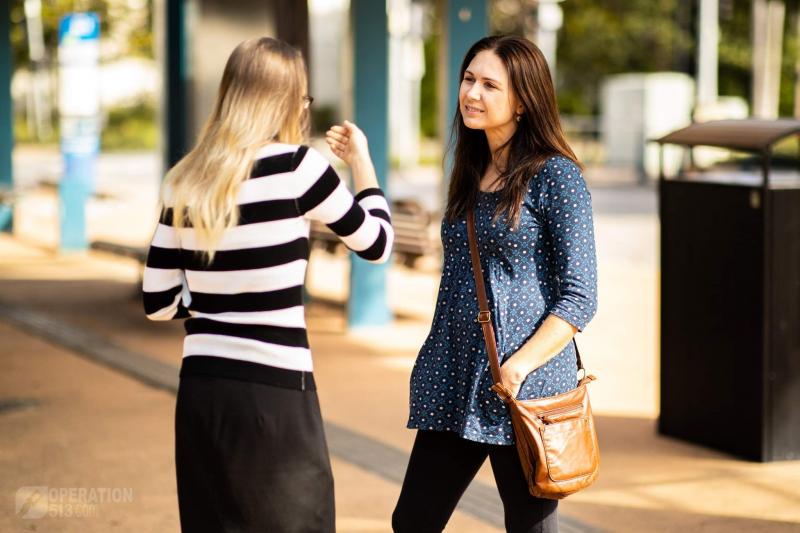 On Saturday morning to take the opportunity the team has begun heading out to Capalaba taking the opportunity to share the good news with people who usually wouldn't get the chance to hear as they don't frequent the location on a Monday.

An early conversation took place with Tristan who struggled at first to understand the gospel. He saw God's existence and saw the he was guilty and headed for Hell but he struggled to understand the simplicity the receiving the gift of forgiveness simply by trusting in what Christ has done. He finally was able to articulate the gospel at the end of the conversation but wasn't convincingly understanding it.

A lengthy conversation took place with some JW's, Hayley and Sara who were adamant that one must do good works in order to receive the free gift of salvation. They couldn't seem to understand that grace is free. They tried over and over to argue that it must be earnt and they did so in response to thinking that Christians believe all you have to do is at one moment think that Jesus paid for your sin and then you can live however you want.

They couldn't understand that God's grace always changes those receive it. Sadly when they saw in Romans 4 that Paul clearly says justification can not be on the basis of works but is only by trusting in what Christ has done to pay for sin. When they saw this in God's Word they quite adamantly declared that cannot be the case.

Sadly they remained in opposition to God's Word but were encouraged to read Romans 3-5 in their own time and see what God has to say regarding justification.

Soon after this there was a conversation with Jacob and Chelsea. They'd hardly heard the name of Christ before let alone what He had done so they were shown God's existence, their guilt via God's law, the punishment their sin deserves and therefore their current eternal destiny.

Jacob was asked, if someone offered you a billion dollars in this life for you to go to Hell in the next at first he said yes. As this was discussed he realised what he was saying. He would trade the freedom to live however wanted for maybe eighty years for an eternity of pain and suffering in Hell. Worse yet, no one was even offering him a billion dollars, he was willingly going to Hell for the love of sin.

Jacob realised this and was reminded once more of the good news, he showed that he understood it by being able to answer some simple questions and was encouraged this very day to consider what Christ has to offer. He said he would.

Sadly Chelsea didn't really want the good news, she was happy trying to argue against God in order to justify her sin.

Please keep those who heard the good news in your prayers. Pray that Tristan would comprehend the good news and trust Christ. Pray that the JW's would heed God's word, not the ideas of man and trust in Christ. Please be praying for Jacob as well that he would obey Christ and believe and may have the privilege of sharing with Chelsea.

Do you have some spare minutes on a Saturday morning, why not come and join us in Capalaba?