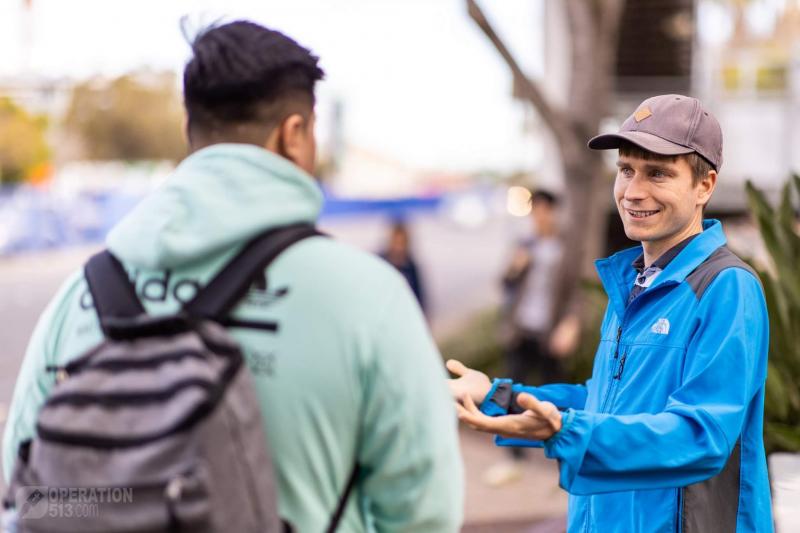 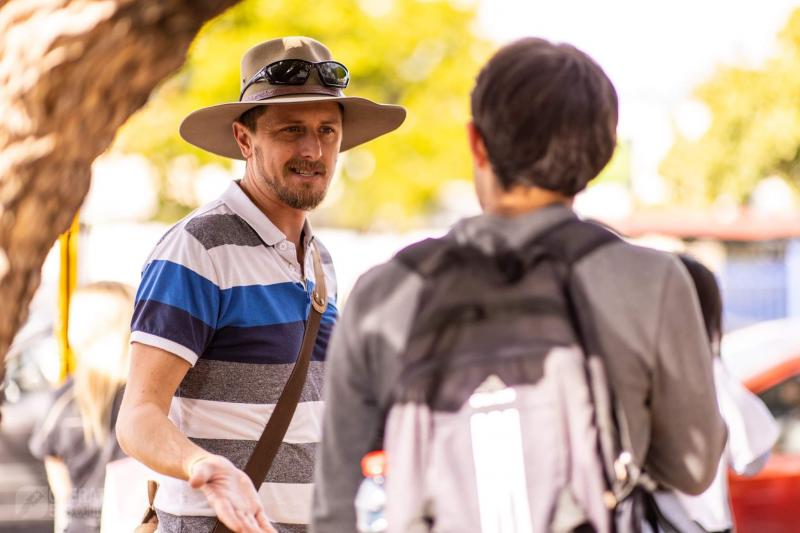 At Sunnybank on Thursday there was some surprise rain, a broken bus and a cool breeze. This actually meant that more people were waiting nearby to the bus stop and enabled lengthy conversations that usually wouldn't have occurred! Praise God that He uses any means required to bring about His plan.

Two conversations back to back were had with Abby and Zen. Both had a Christian background, thought they were good enough to get to Heaven and then were shown God's law, revealing their guilt.

Abby had just sort of made up her own ideas about God, she'd barely even opened the Bible and didn't know much about God at all. Over the course of a ten minute conversation she came to hear and understand the simple good news of the gospel and was challenged this day to choose to trust in Christ. She said she would at least consider it and was encouraged to download a Bible app on her phone and to start reading.

As that conversation finished, sitting on the other side was Zen. She too thought she deserved Heaven and very quickly came to realise that was not the case. Sadly Zen left with her guilt and that she deserved Hell and a brief mention of the cross but her bus arrived before it could go any further, she took a tract and was encouraged tonight to read Romans 3-5.

Toward the end of the afternoon there was a man named Reuben who was approached with the same simple question as everyone else. "What do you think will happen after you die?" To which Reuben got very angry, "I don't want you or that mate of yours to ask me questions about this topic!" Reuben is about 6'2" and surprisingly menacing for a skinny guy. There was a tense moment, when the response was given, with every ounce of care, (mingled with a lot of fear), "But aren't you going to die some day?"

This question was met with a long pause and intense stare and a few moments where it was wondered if there would be a punch taken for the sake of the gospel. But God in His grace had decided there was to be a very different outcome. Reuben almost out of nowhere soften, apologised for his hostility and said, "I often fear death. I know I am going to Hell when I die and so I don't want to die. I want to live here on this earth for as long as possible".

Over the next fifteen minutes, a now docile Reuben came to hear that he was far more wicked than he had first thought, that his eternity was bleaker than he had imagined but God who is rich in mercy, giving infinitely more than His people deserve, came and took the place of sinners, suffering the full fury and wrath that we deserve and therefore offering a free gift of forgiveness to all, that those who believe will inherit eternal life!

In a very short dialogue off the back of that he came to understand how he can be forgiven, how a sinner gets to Heaven and why someone who has trusted in Jesus wants to obey Him! He had the beginnings of tears in his eyes and was given a gospel of John and a tract and said he would start reading! He then apologised for his actions at the beginning of the conversation and asked if an apology could be passed onto the other team member he has previously yelled at and he was given forgiveness.

He was confused as to how we could be so quick to forgive, especially when the offense was so recent and so aggressive and it was pointed out, that as Christians we have been forgiven infinitely more than we will ever be asked to forgive and because of that it is our joy to forgive those who have wronged us.

There were many other conversations that took place and overall it was an afternoon of great rejoicing. Please be praying for Abby, Zen and Reuben that God would work in their hearts, cause them to hate sin and to trust in Christ this very day!