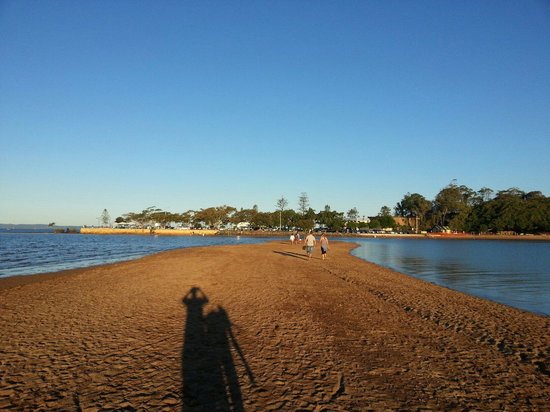 God gave us a team of 5 'on the ground' and He knows how many were praying for His kingdom to come? It comes progressively as each one of His sheep hear His voice. The Good Shepherd of Ezek. 34 and John 10 calls his name and he hears His voice and comes under the sound of His gospel and into the everlasting kingdom. When the last one is secure in the one flock, Jn 10:16, then the 'everlasting hallelujah chorus' will be fully revealed. I can hardly wait. And you?

In the meantime, we had our usual chats with all sorts of people and pray that God does as He sovereignly desires.

- there was a young couple,  Sebastian and Elisa. He engaged through it all but she, being a good Roman Catholic, chose to pick up her book and read it.  He seemed to regard  'religion' as a crutch and asked for Lee-Anne's testimony a few times. So he said that he would check out the message but was more concerned with being 'happy now'. He needs to become aware of his great need for forgiveness.

- 2 older men, John and Eddy, were very individualistic in their responses to the gospel. This was very evident in a long chat with them. John was not serious about his sins; he seemed to treat his confessed transgressions as a joke. Eddy  stated that he would try to study the reformed doctrine of salvation.

- a Sikh man came to understand the gospel but was not ready to do anything at present.

- 2 teens, Tim ( and Sam who listened only) had not heard of God's moral law and had never thought about what comes after this life. After a brief overview of what others think happens {and the errors of each opinion}, the gospel was presented after an excursion into Gen. 1-3 to explain why the world is like it is. They were polite but were not willing to accept a gospel of John.

There is more but we can thank God for each one He gave us an opportunity with today and we thank Him for His gracious enabling of each one of us. We thank him for one another in the Lord and for His certain promise of heavenly bliss when His covenant reaches its goal in time and  then we shall rejoice in knowing the riches of His redemption in that He will be our God and we shall be His people basking in the warmth of His presence forevermore. Praise Him indeed our God of multifaceted grace, 1 Peter 5:10.