On Saturday afternoon, the team met on Bribie for a time of outreach. We were blessed to have four extra helpers, which was encouraging. It was a great privilege to have a pastor drive all the way down from Hervey Bay to share the Gospel, as well as another Christian who drove through 2 and 1/4 hours of heavy traffic to join us. The weather was on its best behaviour, there was a constant flow of people coming and going, and the general atmosphere seemed friendly and receptive. A large number of tracts went out, along with several Bibles and other literature. Many people stopped to talk and heard the Gospel. There were a large number of Christians who also passed us in the course of the afternoon and encouraged us in what we were doing, promised to pray for the outreach, or took tracts to distribute.

Mike engaged with two young atheists. In the course of the short discussion, they became very uncomfortable, but they left with Gospel tracts which speak of evolution vs. creation. Pray for their salvation.

One elderly lady said, "I followed Jesus once, but I don't don't anymore. I will pray to Him just before I die." Mike asked her if she knew when that would be, or if it could be tonight. She said she liked to be positive about such matters, but she did take a tract.

Pray too for a Christian lady we met who has been struggling with suffering in her life. She was looking for someone to reach out and care for her, someone to be there for her in her loneliness. She was encouraged to look to Jesus, to regularly study the words of Scripture, and to be faithful in her prayer life. She took some Christian literature and was put in contact with a local Christian who could mentor and pray for her.

One of the team members spoke to some teenagers about the Gospel, and they seemed fairly attentive. After the main group moved off however, Keeshi stayed behind and asked some more questions. Her two sisters had once been "bad girls," but since getting saved, they had completely changed. She said they had been praying for her, and she seemed to genuinely seeking the truth. She came to our literature table and took a Bible and a DVD, as well as other Gospel literature. Please be in prayer for this young girl's conversion.

Another team member was able to strike up a conversation with a gentleman who had previously refused a tract. He was able to plant some seeds in this man's heart, and we pray that God would bring them to fruition.

Overall, it was a great afternoon. The Word of God has gone out, and we now pray for fruit to come. Please be active in prayer for these souls, fervent in supplication, and if you can make it, we would love to have join us next month at the Bribie Island outreach. 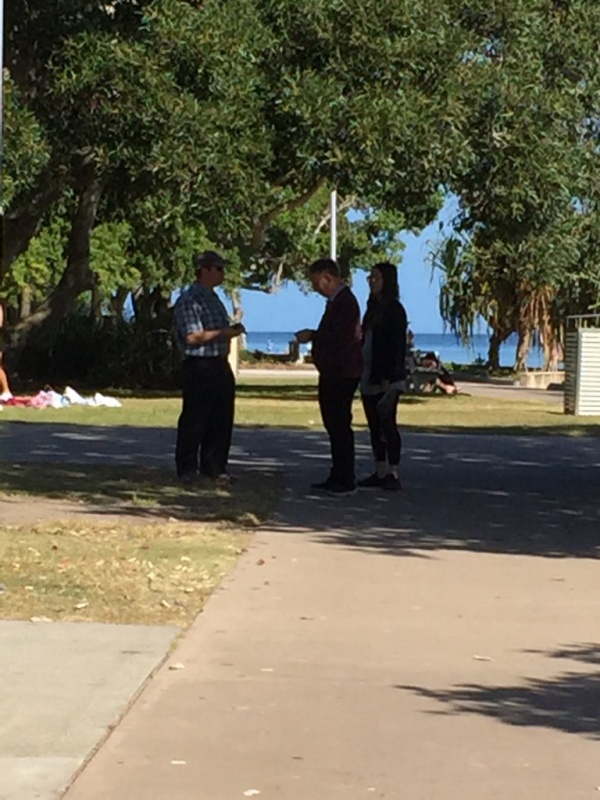 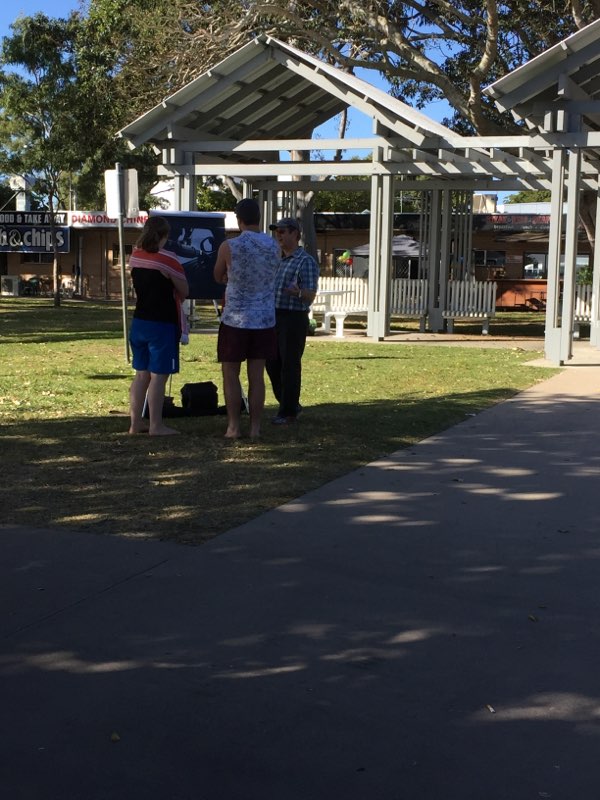